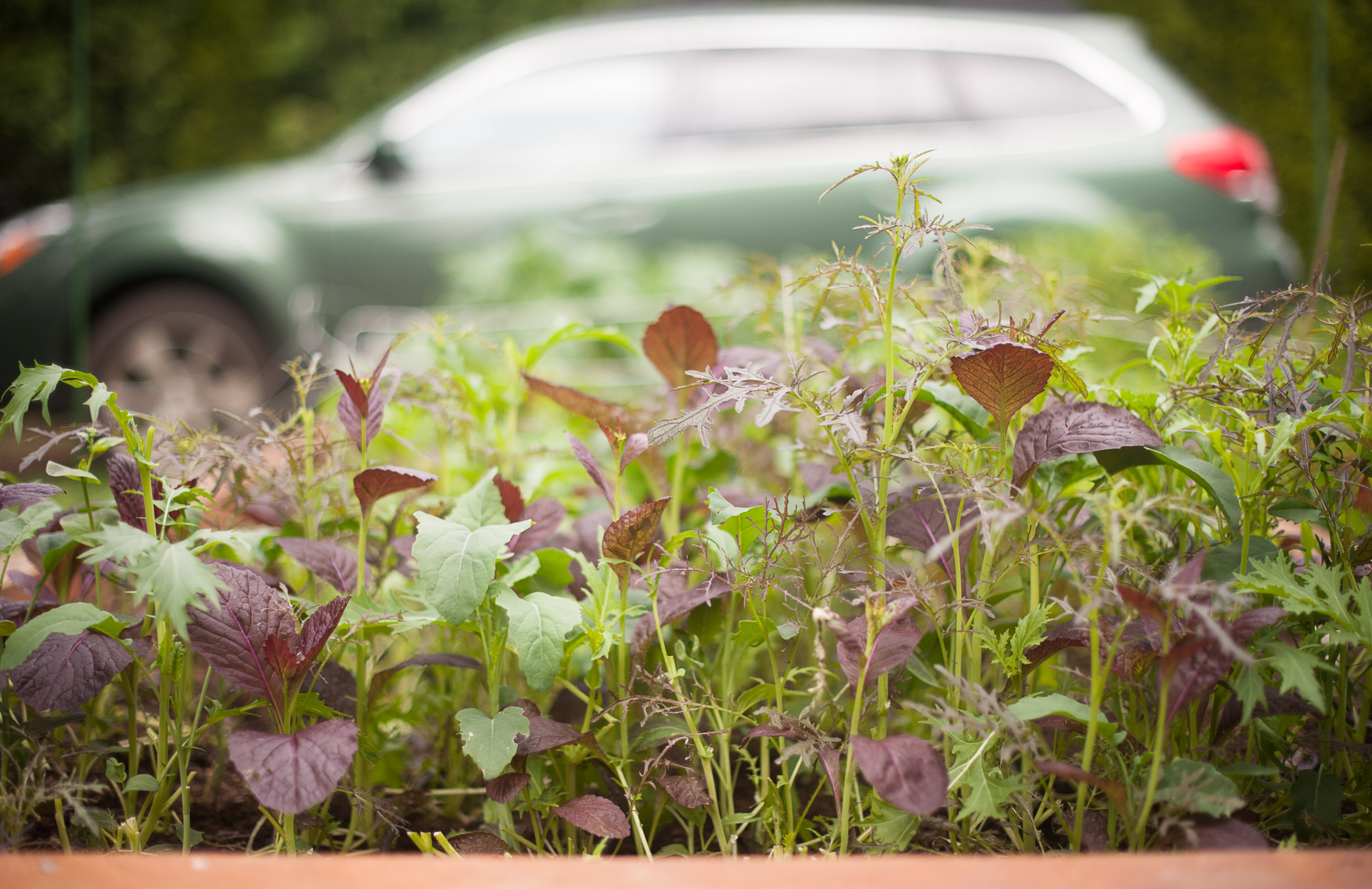 I water, examine, assess, and enjoy my garden daily, and yet it wasn’t until I started editing these photos snapped two weeks ago that I realized how much had changed in a short amount of time. These pictures are entirely out of date. The lettuce in the first picture was removed shortly after that picture was taken, and the bed has since been replaced by squash and seeded with runner beans. The cute little perky kale plants are now towering leafy trees. The beets are close to being harvestable and the butterhead lettuce is double in size; despite eating a head each night, we really should be eating two – we have so much lettuce! 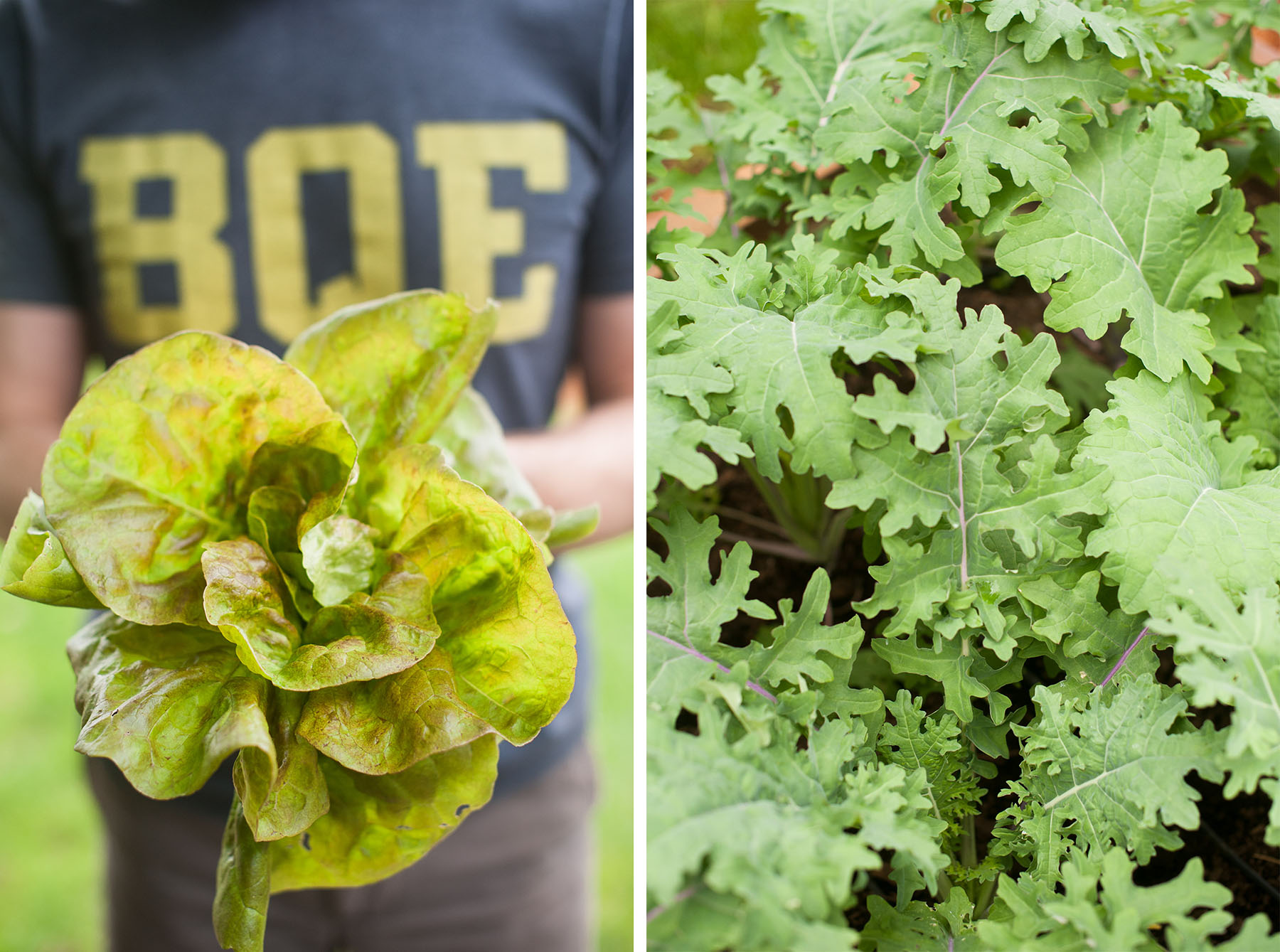 Things have moved quickly in this year’s garden. Despite a more traditional Pacific NW spring of rain showers, we’ve still enjoyed a decent amount of sun including a long stretch of heat that inspired us to put in our window AC unit in mid-April. This winter, I’d sketched out spacing and timing in all of the raised beds, and that arrangement is mostly working, with a few exceptions. I had to move the summer squash to the front bed, which had been slated for butternut, because the beets aren’t ready yet. And, despite proclaiming to Justin that we weren’t going to grow as many tomatoes this year, I had great success with my starts and...surprise...we’re growing even more tomatoes this year than last year! (Three varieties, multiple plants.) I squeezed seven tomato plants into their scheduled beds, but bemoaned composting the rest of the healthy starts. Now our garden beds are ringed with large pots full of tomatoes and peppers (a Solanaceae buddy that I also started too many of!). 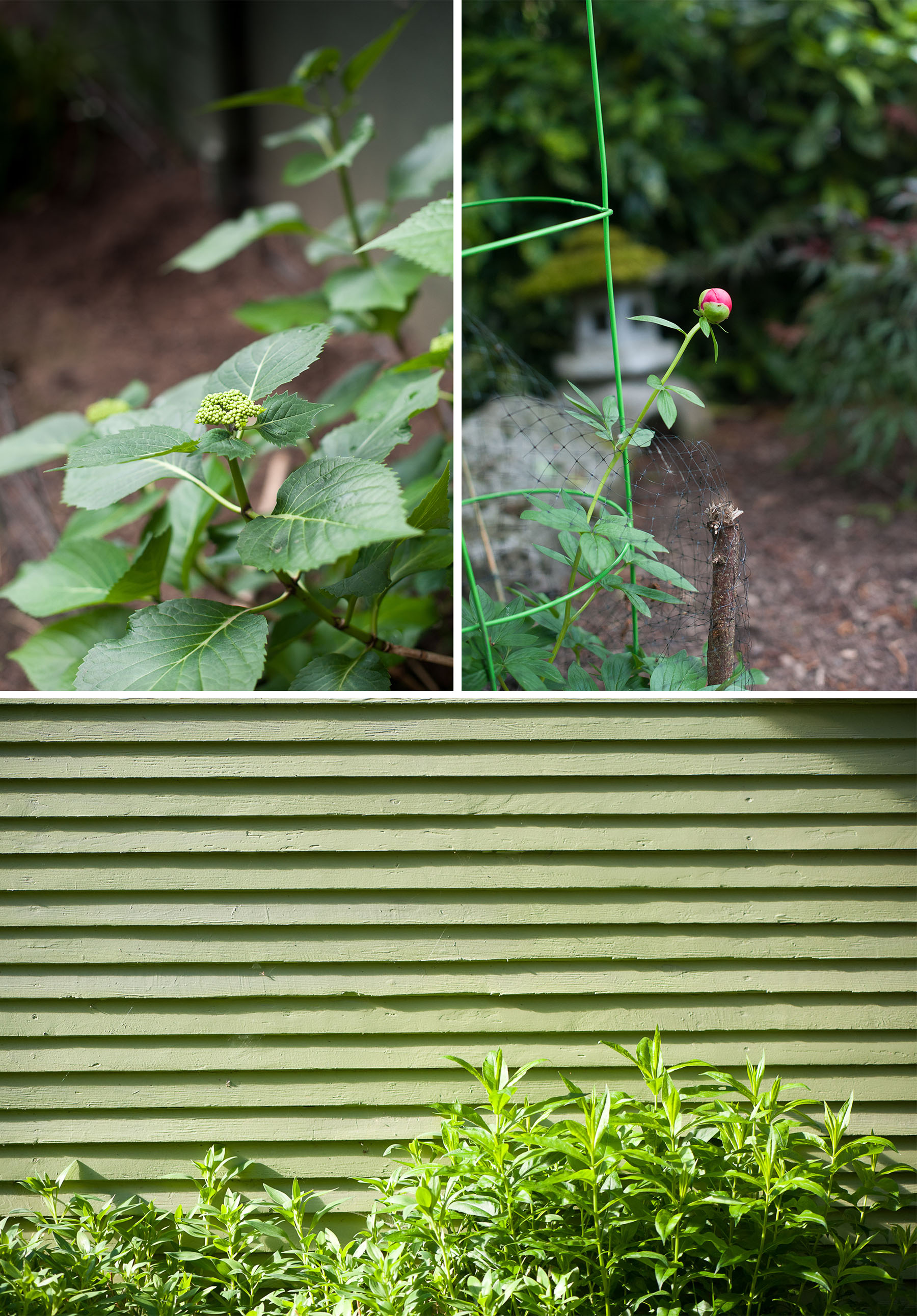 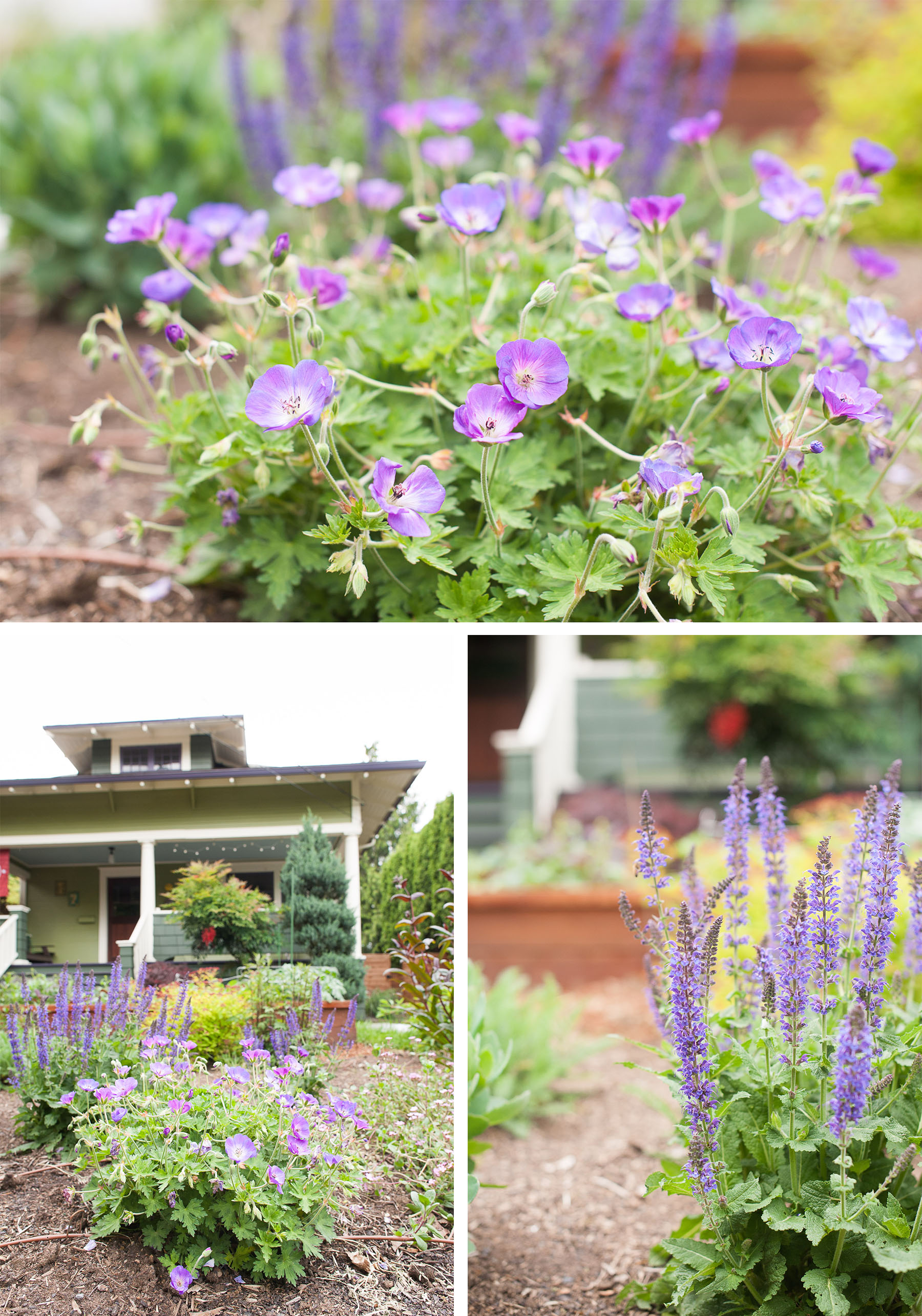 Pests had been fairly minimal, until a week ago. After I harvested and pulled up the front yard lettuce and then moved in the summer squash and some accompanying marigolds, our first real problem presented itself in the form of pill bugs. They devoured the marigolds before I even noticed, leaving the summer squash alone while they ate (a different interpretation of a beneficial flower, I suppose!). But then they moved onto the squash, surrounding the plants, nibbling off entire leaves and burrowing quickly into the ground when I tried to smush them.

So, we resorted to greater measures than hand picking. I ringed each squash plant with a curry-cayenne concoction; I mixed up a homemade garlic spray which I applied with a pre-existing hot pepper spray; we set out wet newspaper traps. Pill bugs are decomposers, and in full disclosure, I probably invited them into the garden because I had left a few old lettuce leaves in the bed, thinking the organic matter would be good for the soil. Luckily, a few days after the spicy deterrents were applied, I can report, at least as of today, that the pill bug population is under control. There’s no new damage and the paper trap was empty this morning. 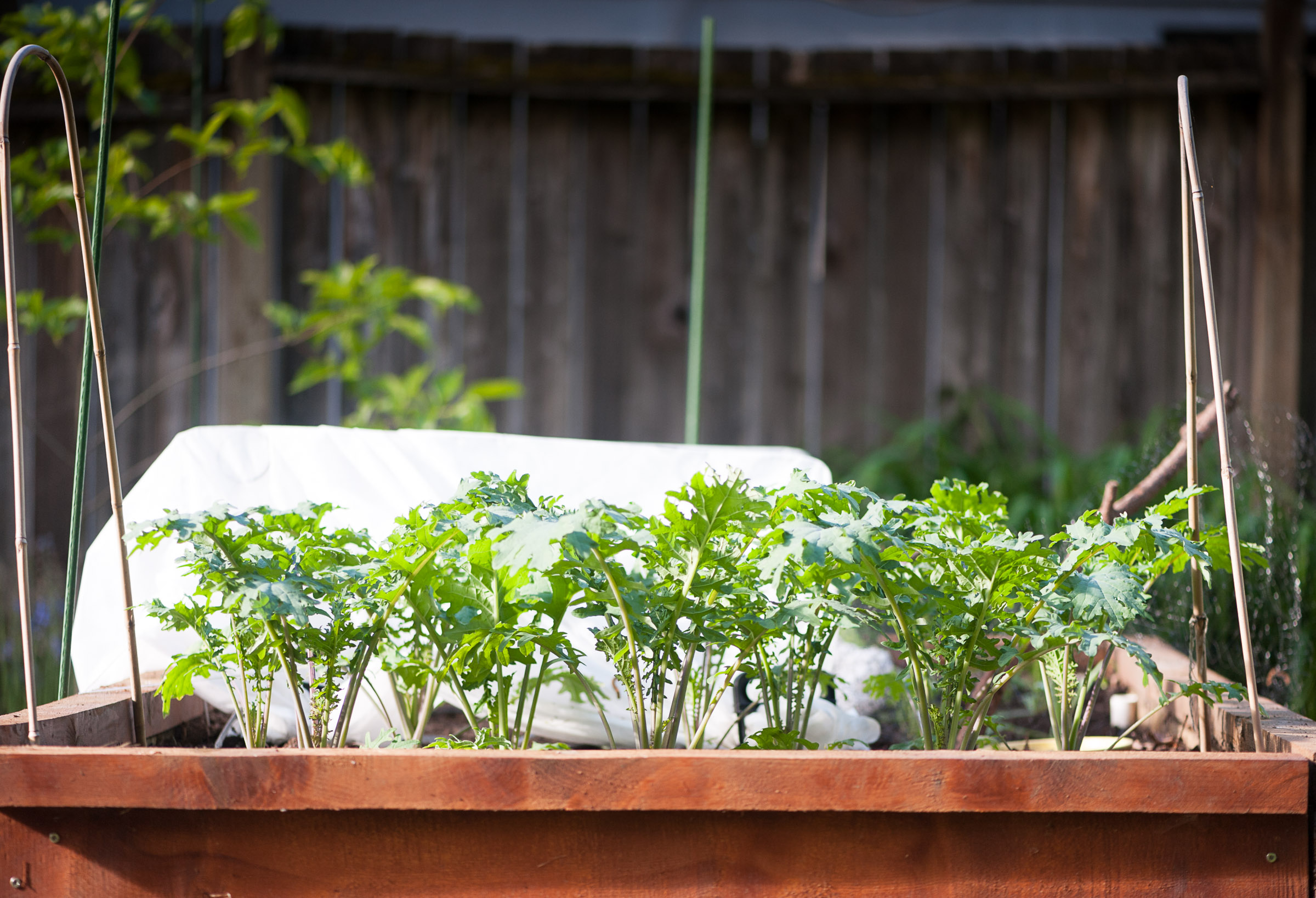 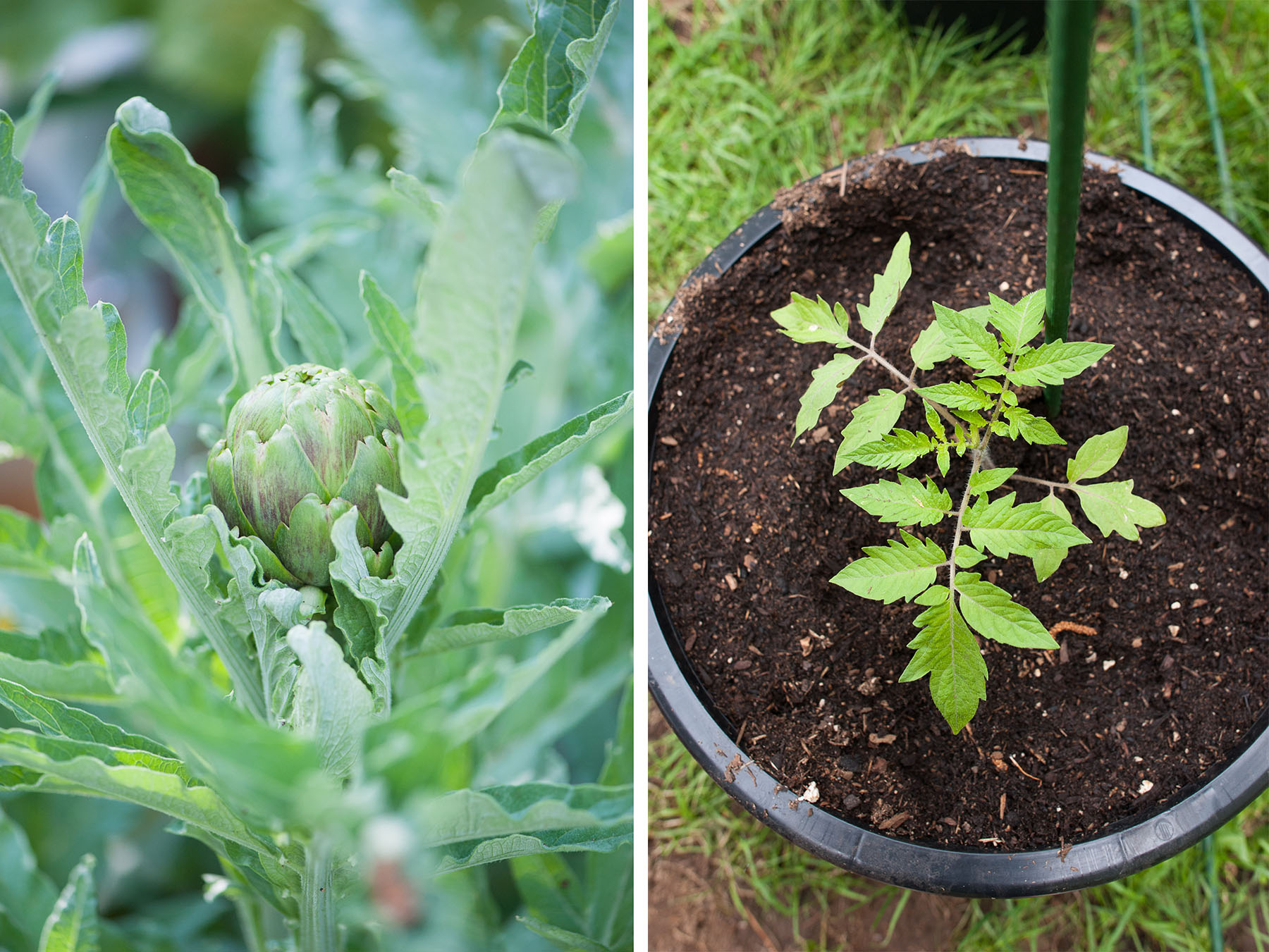 The only other pest I’ve had to manage thus far is the most predictable one in the Pacific NW – slugs. In addition to also nibbling on the beleaguered squash, they set their slimy bodies onto my eggplant starts. We bought a Budweiser (no craft beer for them), emptied it into ramekins, and put each ramekin beside a plant. The next morning, most ramekins contained drunk and dead slugs. As extra insurance, I slipped collars around both the squash and eggplant to prevent pill bug and slug access points up the delicate center stem. 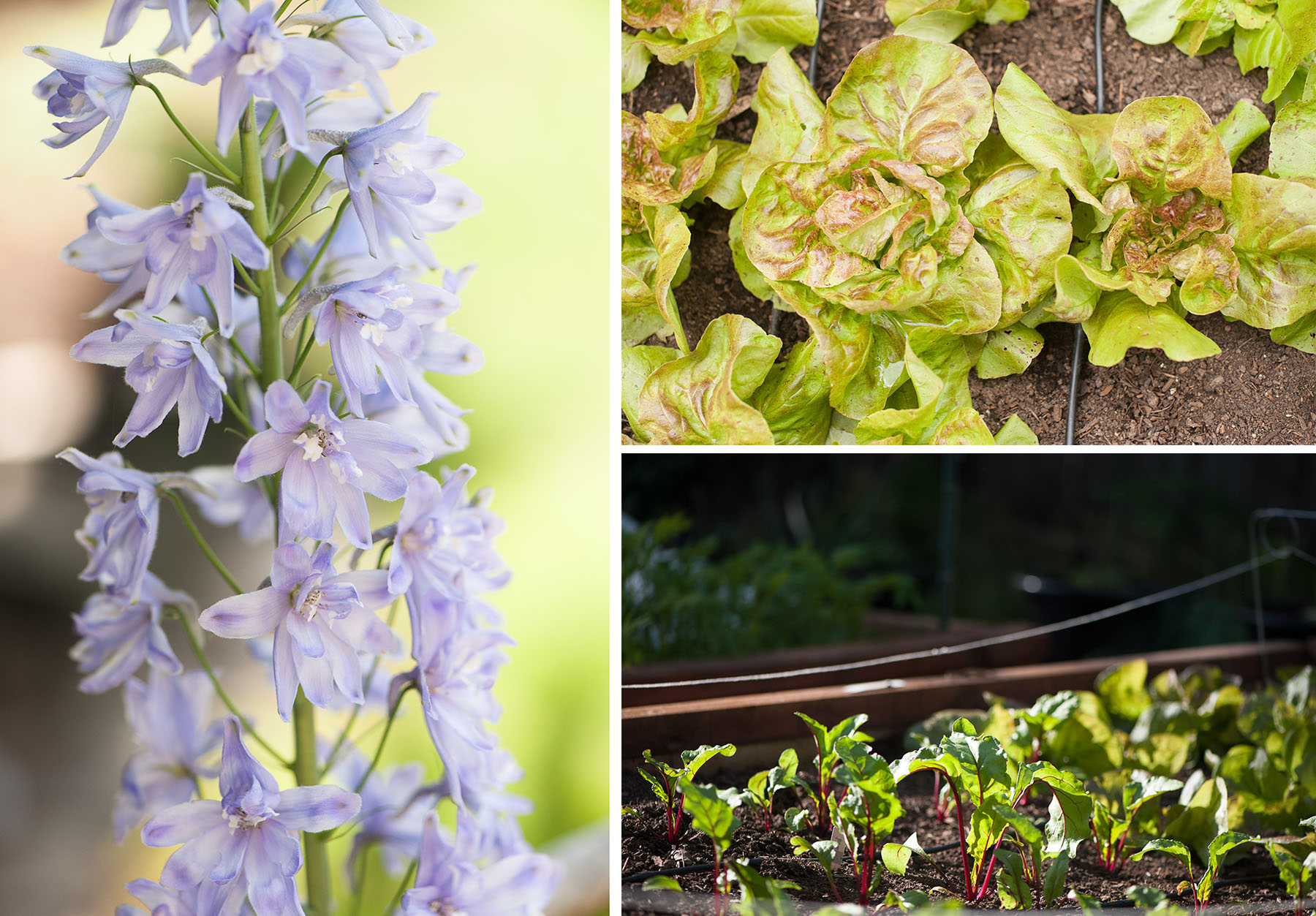 As mid-May rapidly transforms into early June, the garden will see a few more changes. I have several varieties of melon to transplant, basil to put out, bush beans to direct seed, and celeriac to attempt (my starts are diminutive so far). I’ve also planned a winter garden this year, so, as hard as it is to imagine, I’ve started butternut squash, and in the heart of the summer, I’ll prepare the rest of the plantings. Clearly, things will keep changing rapidly, and despite my careful attention and awareness, it pays to have updated photos – something I’ll attempt to do weekly now, instead of monthly. 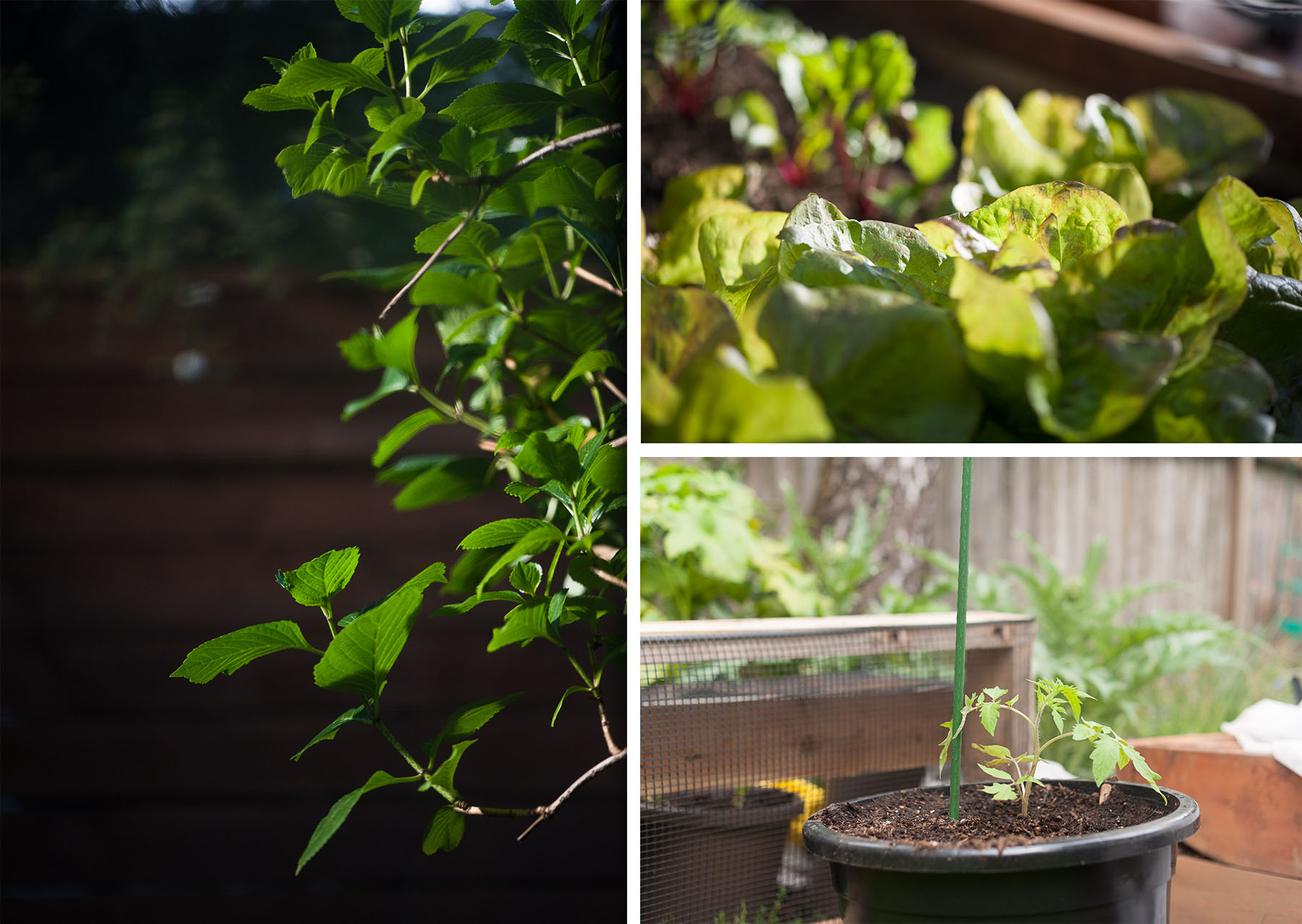 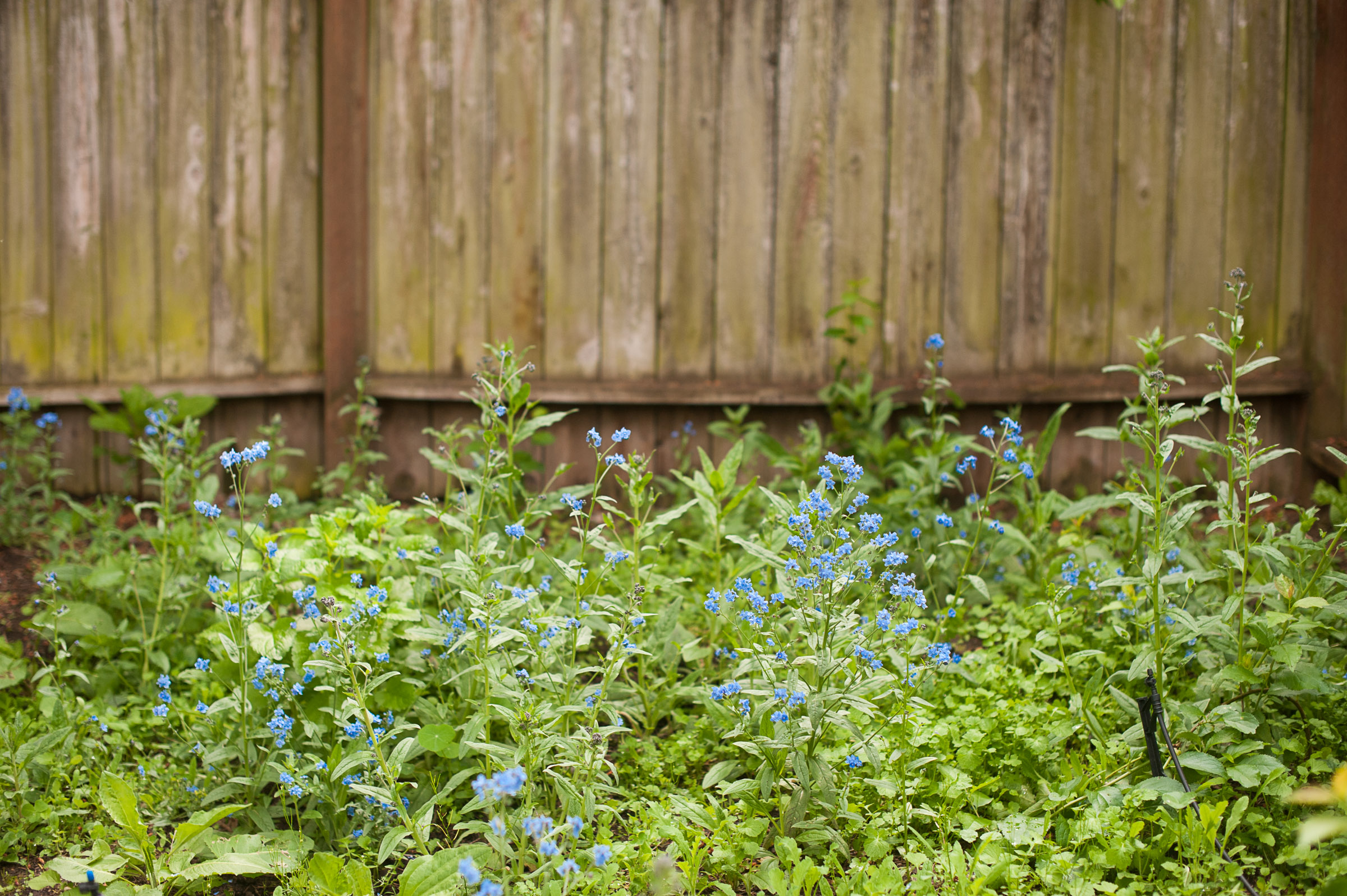