I'm intrigued by how certain recipes incorporate flavors in untraditional ways. When my palate feels adventurous enough, I take a leap of faith and make something that may or may not succeed. Rhubarb pasta? Unique and, while not off-putting, I'm not sure if I'll make it next Spring. Rhubarb soup? Sadly one of the worst tastes I've ever eaten. I tried to rationalize my revulsion as stemming from its unusual sweet and sour flavor, but the soup was inedible. Butternut squash muffins? Very successful, and a recipe I'm excited to make again! 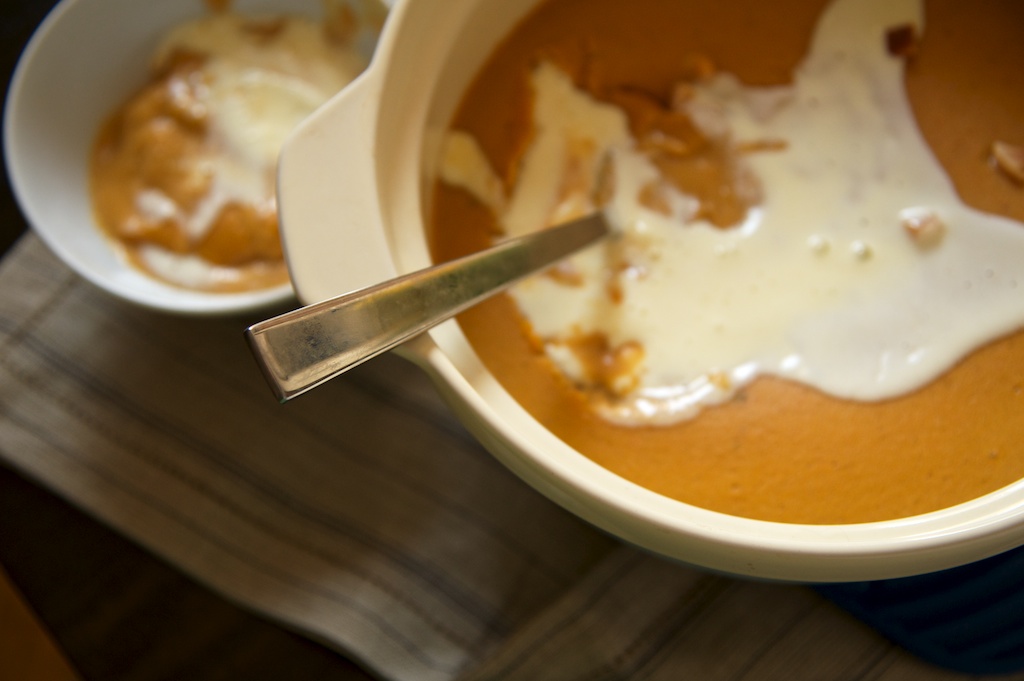 My latest experiment in using traditional ingredients in unexpected ways is this sweet potato pudding. My original plan involved making the pudding for my mom's birthday, who just happened to be visiting on her actual birthday. Plans changed and we grabbed birthday pie at Four & Twenty Blackbirds instead, where I thoroughly enjoyed the black-bottom oatmeal pie (my favorite pie they make).

I made the sweet potato pudding yesterday for Justin and I to share. Unfortunately I had to run a few errands and neglected to clean up the kitchen before Justin arrived home from work (just picture: the sink full of dishes, broken egg shells, and the KitchenAid whisk covered in whipped cream). Oops! Justin decided to clean up the kitchen (though--he didn't have to, as I adamantly told him). After cleaning up the pudding's remnants and by-products, he was not enthusiastic about eating the actual pudding. 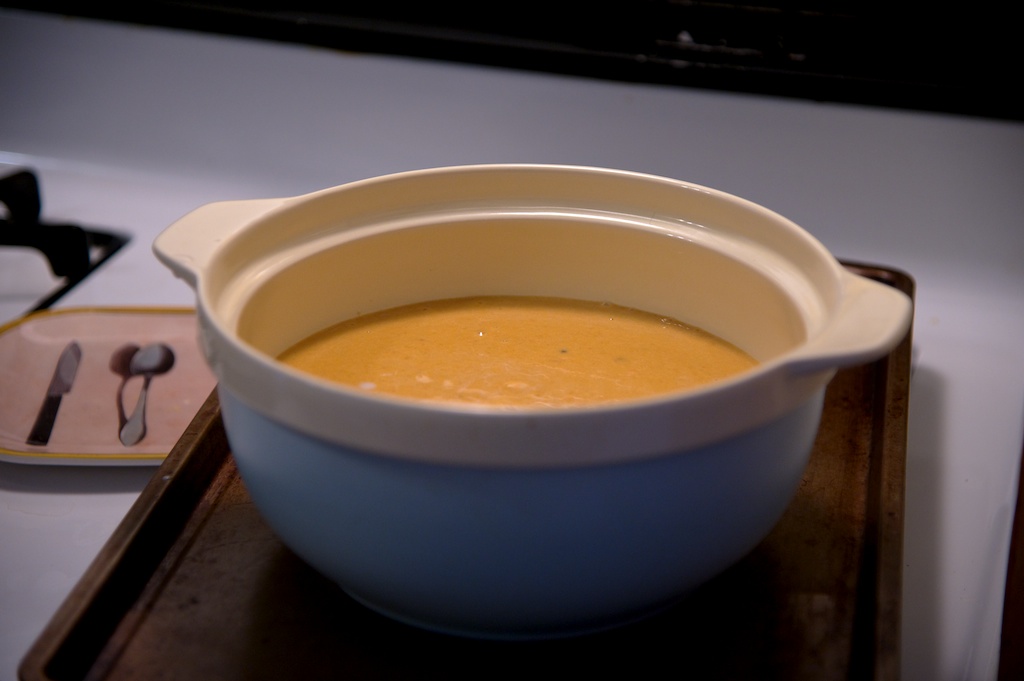 I convinced him to try some and he quickly banished the kitchen nightmare from his memory. Taking a bite of this sweet potato pudding is like dipping your spoon into a bowl of peanut butter only to find a consistency more like puffed air. The pudding gives way to each scoop, its delicate texture in direct contrast to the strong coconut and sweet potato flavor. I don't know if this is a dish I'd break out for an unadventurous eater but it's certainly a wow dessert for someone craving something a bit out of the ordinary. 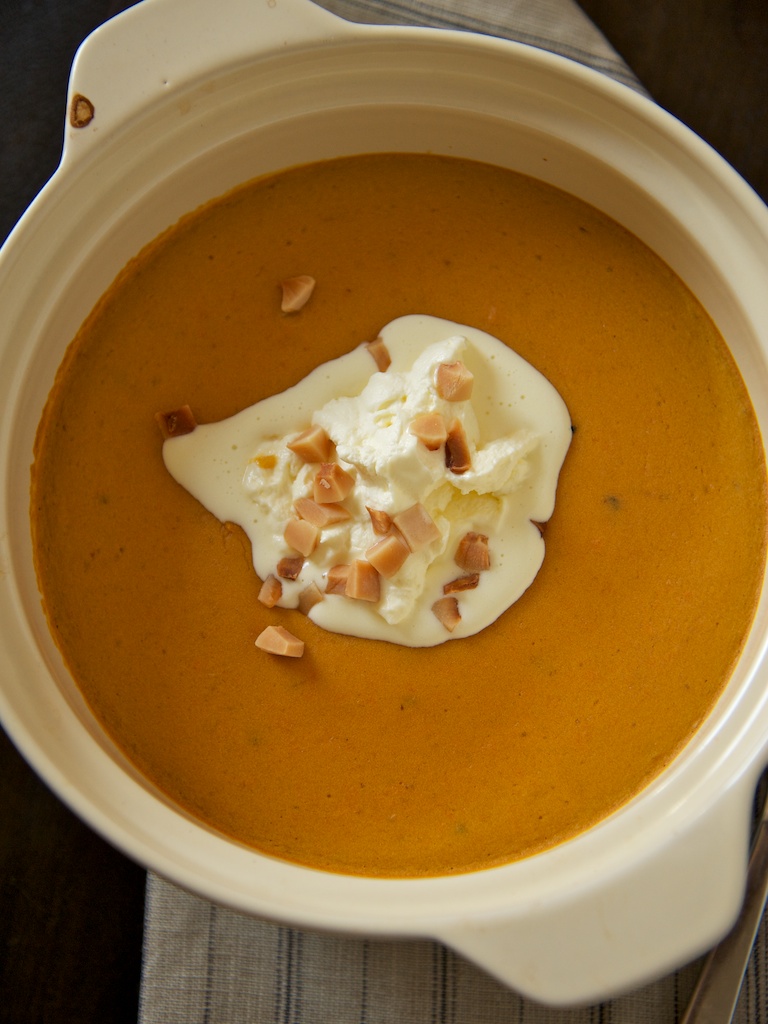 My one caveat regarding the original recipe is that author Deborah Madison asks you to steam the sweet potatoes and THEN peel them. Unless you're willing to wait 30 minutes between the end of steaming and the start of peeling, I recommend peeling the potato before chopping it as directed. The peel may serve to hold the potato together as it steams, but you'll be pureeing the sweet potato chunks anyways, so it's not a crisis if some of the potatoes start to break apart. 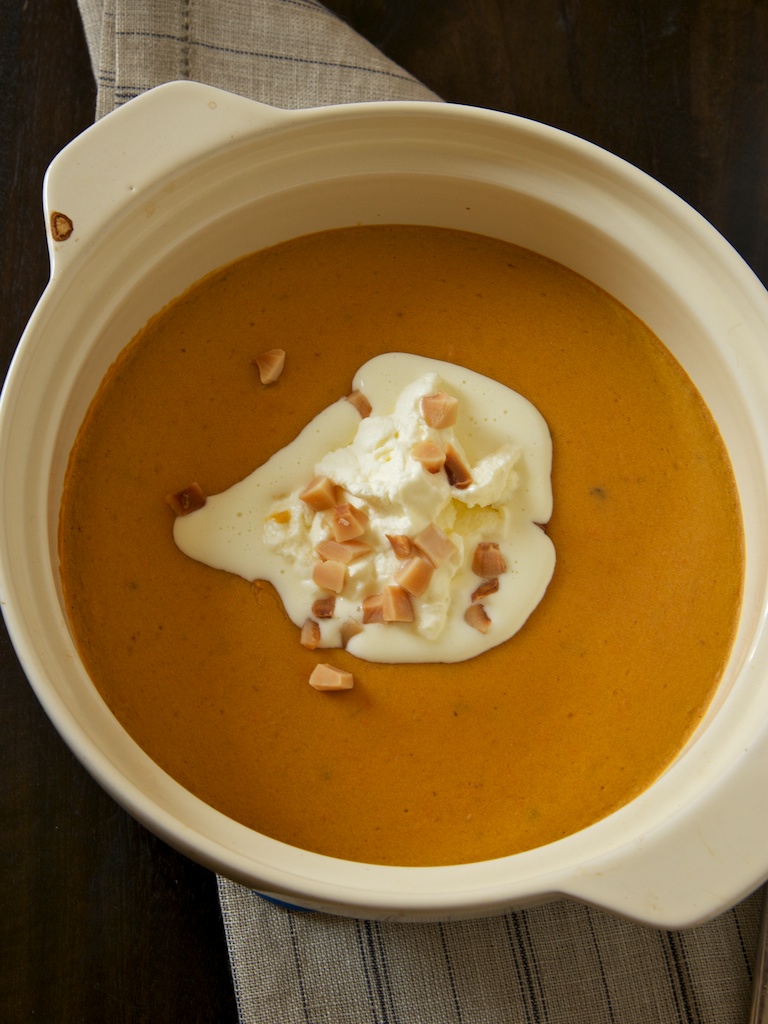 1 14 ounce can of coconut milk

chunks of strips of dried coconut

1) Cook your sweet potatoes: peel the potatoes before chopping them into large pieces. Steam them until they're tender, about 30 minutes. Coarsely mash the potatoes.

2) Preheat the oven to 350 degrees. Put a kettle on to boil (for a water bath later in the recipe).

3) In a blender or food processor, puree the sweet potatoes with all of the ingredients except for the whipped cream and dried coconut. Make sure your mixture is completely smooth.

5) Bake the pudding until firm (45-50 minutes). As the oven cools, toss the coconut onto a baking sheet for a few minutes.