Resurfacing with the Aloha Spirit

Two weeks ago, I was packing for our eagerly anticipated trip to Maui, stashing extra sunscreen in suitcase pockets and making a quick dash to Powell's for reading material.

We flew to England four days before my best friend Brittany's wedding festivities started, both as an attempt to acclimate to the greater time difference from the west coast (now a formidable eight hours instead of five), and to eat, drink, and wander around in one of our favorite cities.

The City to the North

Though my parents lived in Seattle for a number of years before I was born, my only contact with the city was in waving goodbye to the skyline as our cruise ship disembarked on its way to Alaska--this cruise was a college graduation present, which is to say, years ago.

It's disconcerting to visit a new place with certain expectations, only to arrive and find that your expectations missed the mark.

A Tame Last of the Mohicans Reenactment

We celebrated Easter by driving an hour south of Portland for a ten mile hike among nine waterfalls in Silver Falls State Park.

We took a day trip this weekend with our end destination determined, but no other parts of the day fleshed out.

Justin started a travel journal during our Spring trip to Portland. 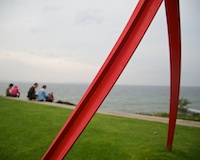 In most Copenhagen guidebooks, the Louisiana Museum of Modern Art is placed in the list of 'top 10 musts', along with a haphazard collections of other 'must' items that includes smorrebrød (open-faced sandwiches), Fredericksborg Slot, the National Gallery, the main harbor of Nyhavn, Tivoli, and Danish design.

In Cambridge for the day

Over the past four years, my college roommate, maid of honor, and dear friend Brittany has slowly become British.

We just flew home from a nine day trip to London and Copenhagen.

Preview on Two Hours of Sleep

We flew the red eye back from Portland, Oregon tonight (last night?!).

This week, I had the opportunity to visit The Glass House in New Canaan, CT.

Feature: A Trip to the East End 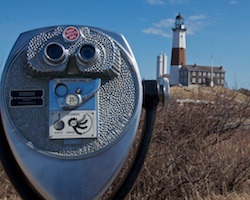 It's time for my second travel feature!

We just returned from a weekend trip to Long Island's East End. 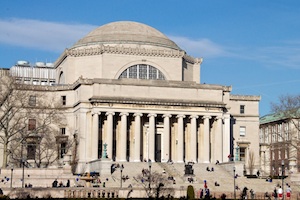