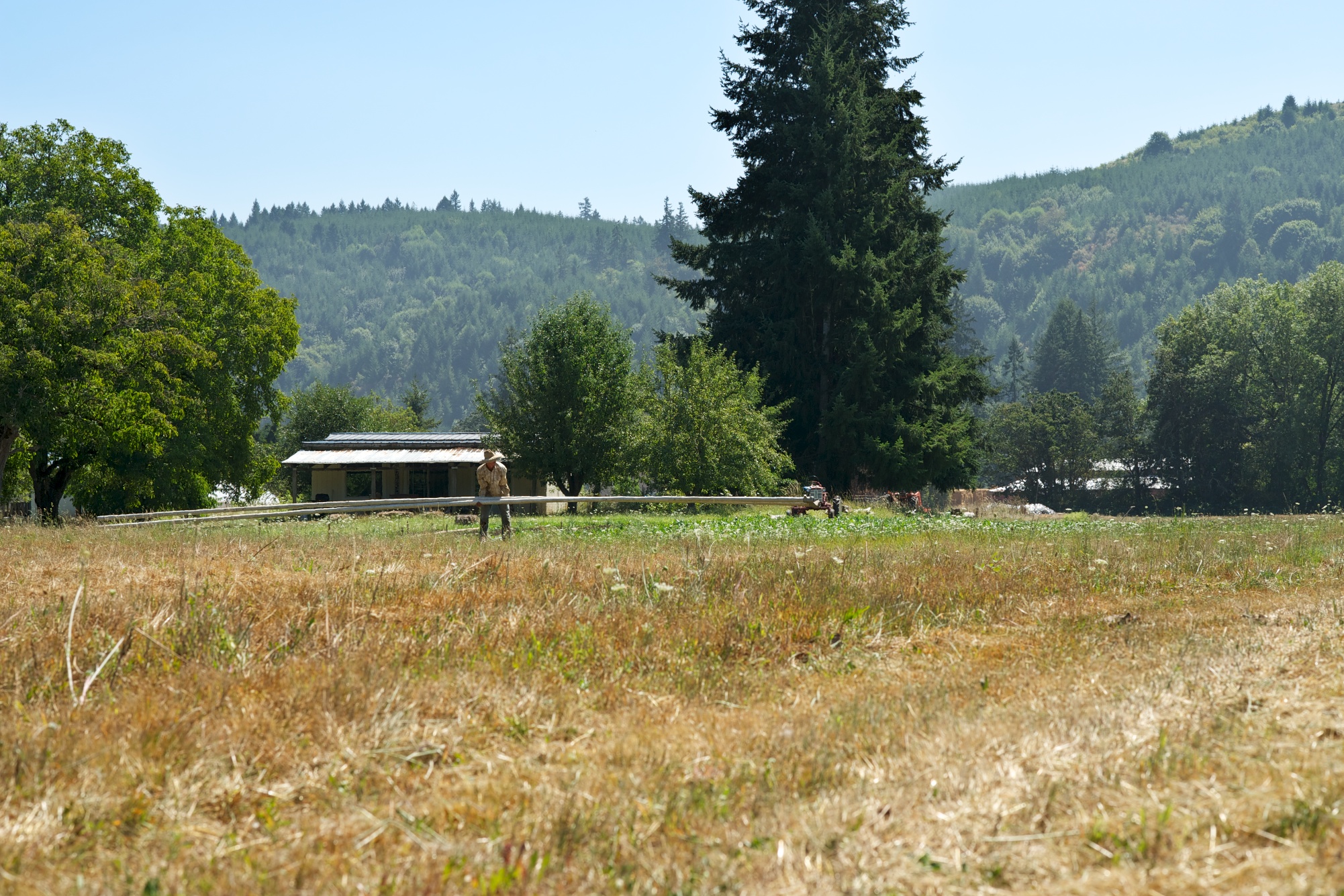 On a recent episode of Anthony Bourdain's No Reservations, Bourdain explored Austin, Texas during the insanity of the South by Southwest (SXSW) music festival. The biggest crowd Bourdain faced was not at a concert, but rather the three hour line for Austin's Franklin Barbecue. Aaron Franklin, the man behind practically every aspect of his barbecue restaurant, spends 16 hour days manually smoking and seasoning the meat. In exchange for this obsessive solitary pursuit of perfection, he has created what Bon Appetit calls the best barbecue in America. 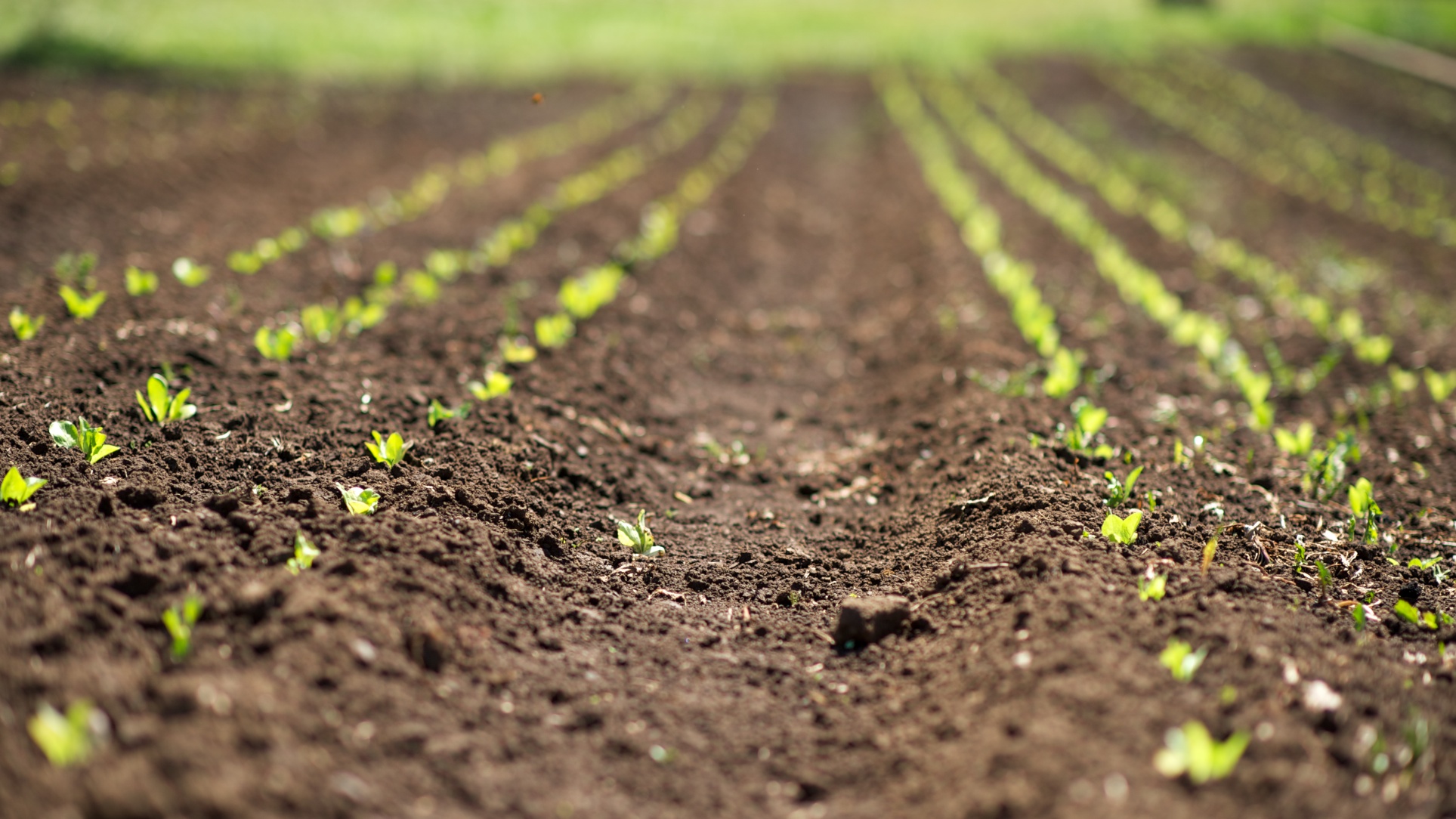 Seeing these endless hours of work, this incredible attention to detail, and this embrace of old-world methods for remarkable results, immediately reminded me of Oregon farmer Marco Franciosa.

Marco and his wife Kay live on and run Sunset Lane Farm. On the 90 (+) degree day I visited, Marco was singlehandedly lugging irrigation pipes around the vast, unshaded field. When Marco and Kay purchased the land three years ago, they farmed it together, but the arrival of their first child, Rye, has changed the equation. Marco now completes many of the farm tasks individually, and Kay juggles caring for Rye while running the business and financial aspects of the farm.

If you chat with farmers, you'll quickly realize that each person has their own strongly held convictions about why they farm and which methods they employ. Besides the farms that work collectively, the larger farm that employs eager farmhands, and the immigrant farmer working to make a living wage, there's also the family farmer. Before I began meeting farmers and visiting farms, I used to associate a “family farmer” with a vision of parents and children and perhaps even extended family working together throughout the growing season. But just as the word family has multiple meanings in American culture, a family farmer can mean more than an extended family planting and harvesting together. In some cases, it means one person. Marco Franciosa is currently a family farmer of one. 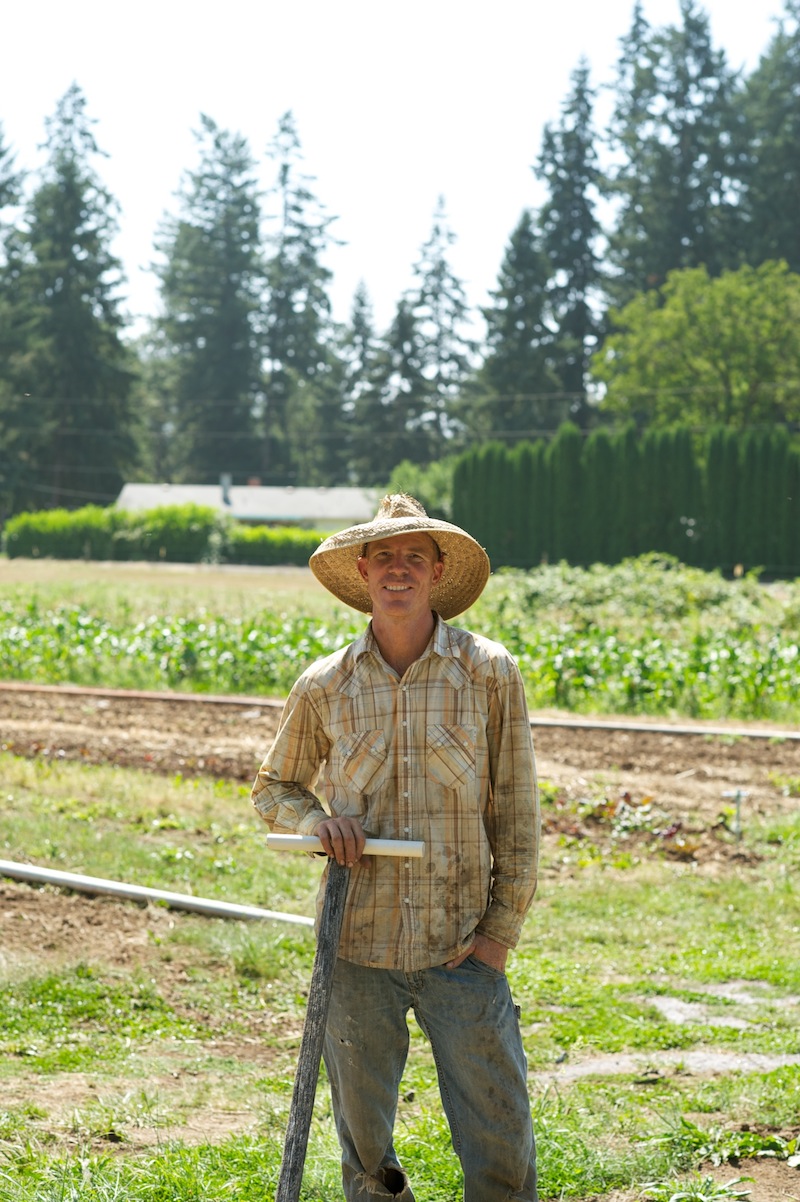 Franciosa may be a newer face at Portland's PSU Farmer's Market, but he's hardly a beginning farmer. In fact, he has over ten years of farming experience to his name—and quite successful years at that. Before Marco and Kay moved to Brownsville, Oregon, they lived in Sacramento, California. After apprenticing in agriculture at UC Santa Cruz directly after college, Marco spent time working on food access projects on the East Coast for Americorps. When he returned to California in 2000, he reunited with Shawn Harrison, a friend from the UC Santa Cruz program. Both continued to share an interest in urban agriculture, and recognizing Sacramento's burgeoning market, they founded Soil Born Farms, an organic farm and educational center.

Between 2000 and 2010, Marco helped grow Soil Born to the agricultural umbrella organization it is today, which includes two organic farms, an education center, a CSA, and a myriad of food access programs in Sacramento. 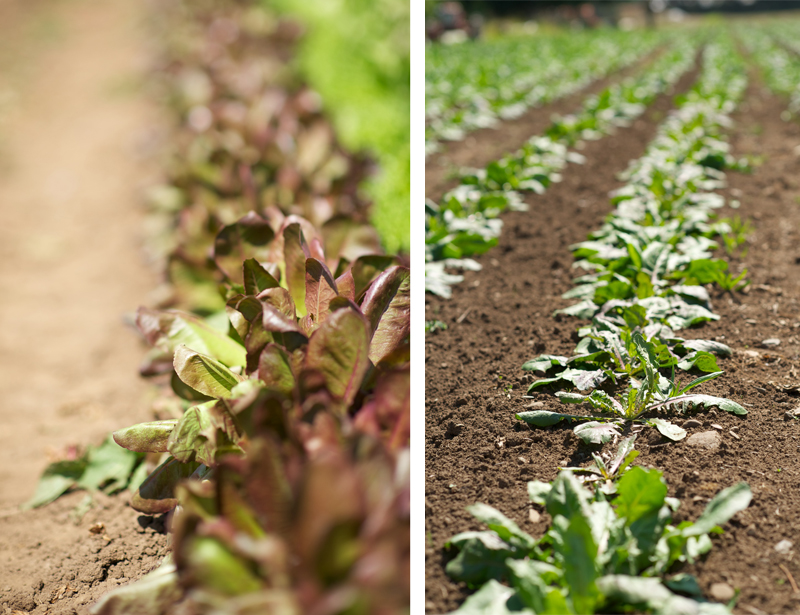 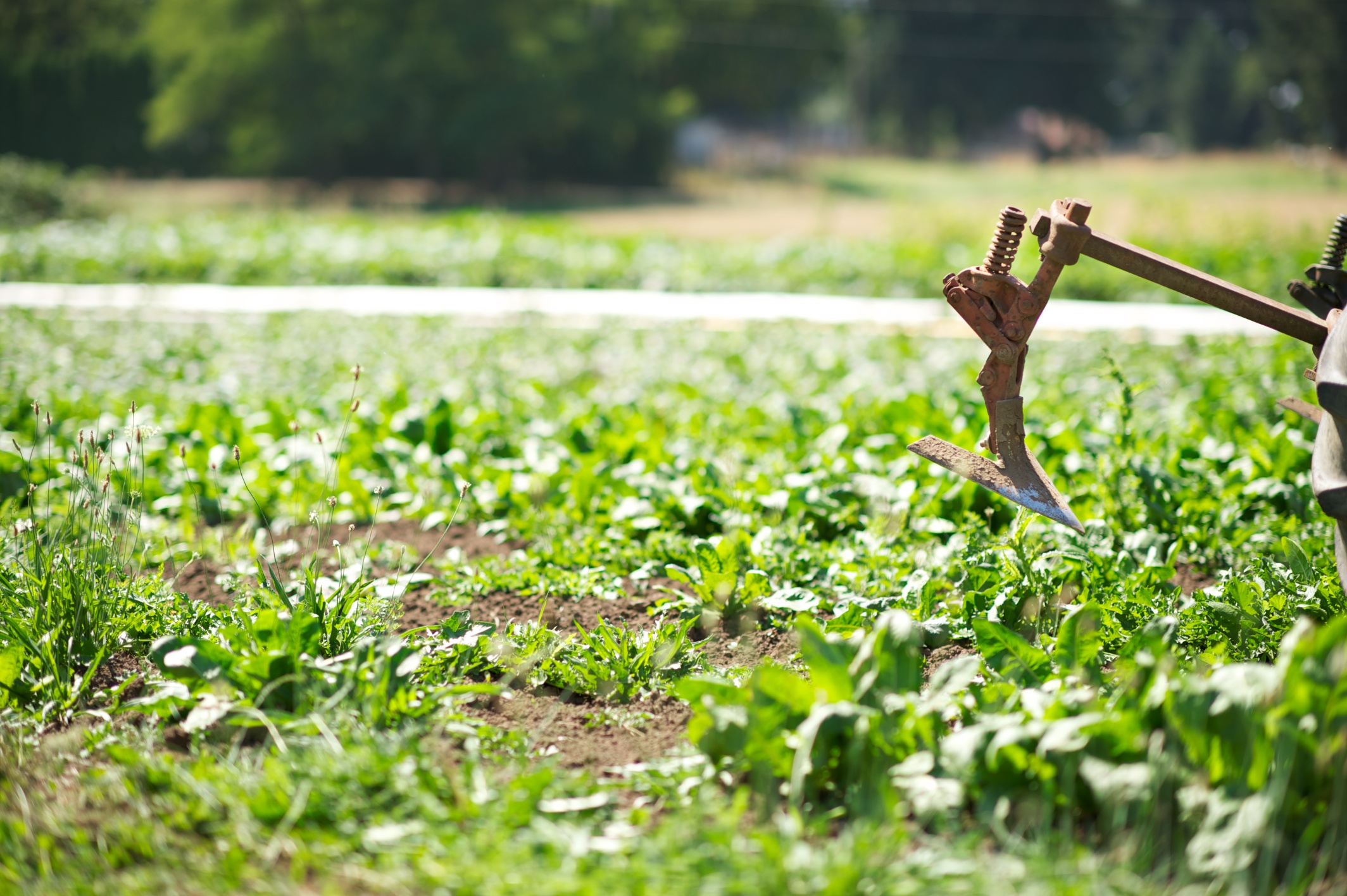 After ten years of nurturing Soil Born, Marco felt compelled to spend less time in agricultural administration and more time actually farming. He and Kay decided to move to the Pacific Northwest for the cooler climate and for the adventure. They visited multiple properties, seeking a place that spoke to them (and refusing to “settle for bad soil"), before finally purchasing Sunset Lane. "We felt like people couldn't see the potential of this property,” Marco remembers, "but we saw it immediately".

In three years, Marco and Kay have transformed this former pasture into a gorgeous working farm. As a visitor, when you drive down the gravel road approaching the farm, you see the family home in front of you and the cultivated land to the left. Once you start walking the property, you realize that the farm is shaped like an inlet, with the house and cultivated property surrounded by a ring of trees and a river. That river is a lifesaver on a hot day like the day I visited, allowing Marco to take a quick break by traversing the steep steps down to the water and cooling off in the shade. 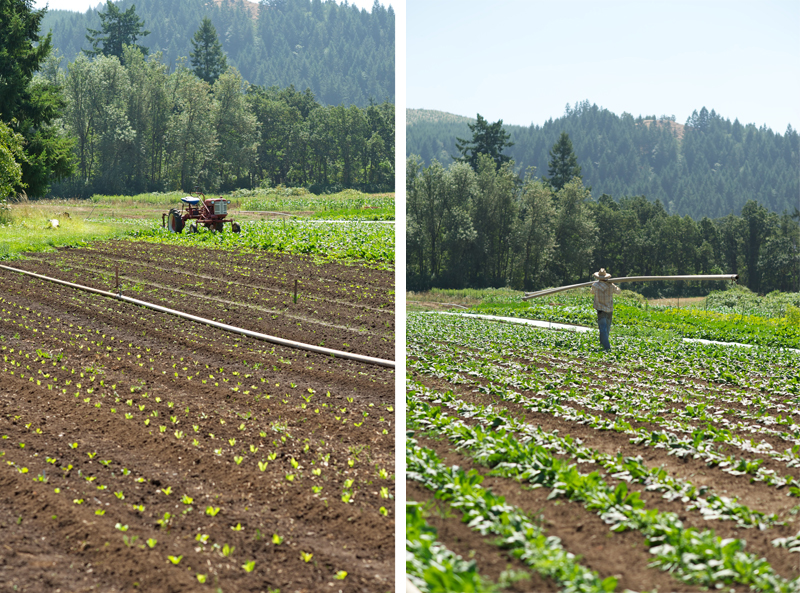 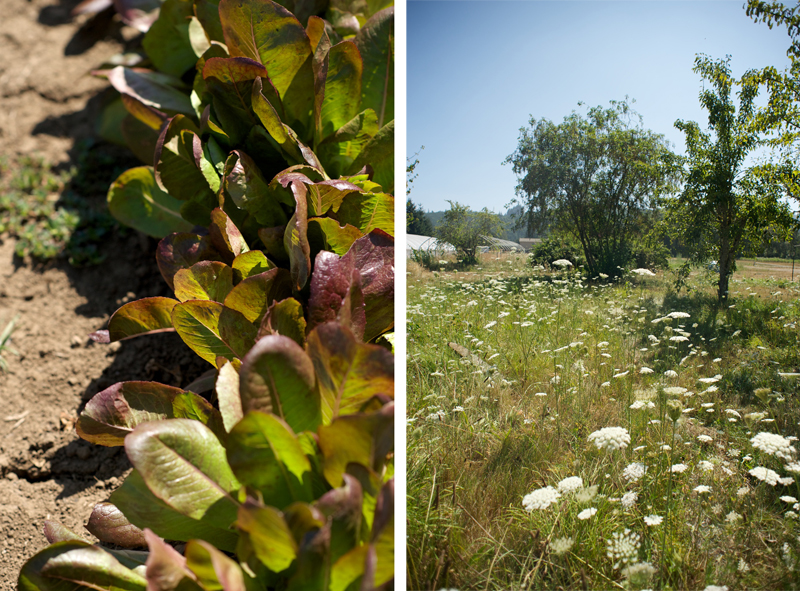 The benefits of being an experienced farmer can't be overstated. Marco was able to view the pastured, untamed field and create an ordered system out of a blank canvas. The breadth of Marco's knowledge was on display during our walk around the farm. To an untrained eye, the field appeared dense with vegetation. Because of the sheer number and variety of crops, it's initially difficult to understand the underlying system.

The farm is divided into 8 blocks, each containing 300 square foot beds, with 12 beds in each. The beds are arranged based on a seasonal rotation. Marco explains: "tomatoes, peppers, and eggplant will be following the leafy green block; the leafy green block will follow the chicory block; then we'll always have a fallow block out of the 8 blocks, so there will be cover crops." When I visited, many of the beds were on their third crop rotation. "When a carrot comes out,” Marco said, "we'll till out and then sow beets or lettuce: we'll then compost it and put the next crop in." 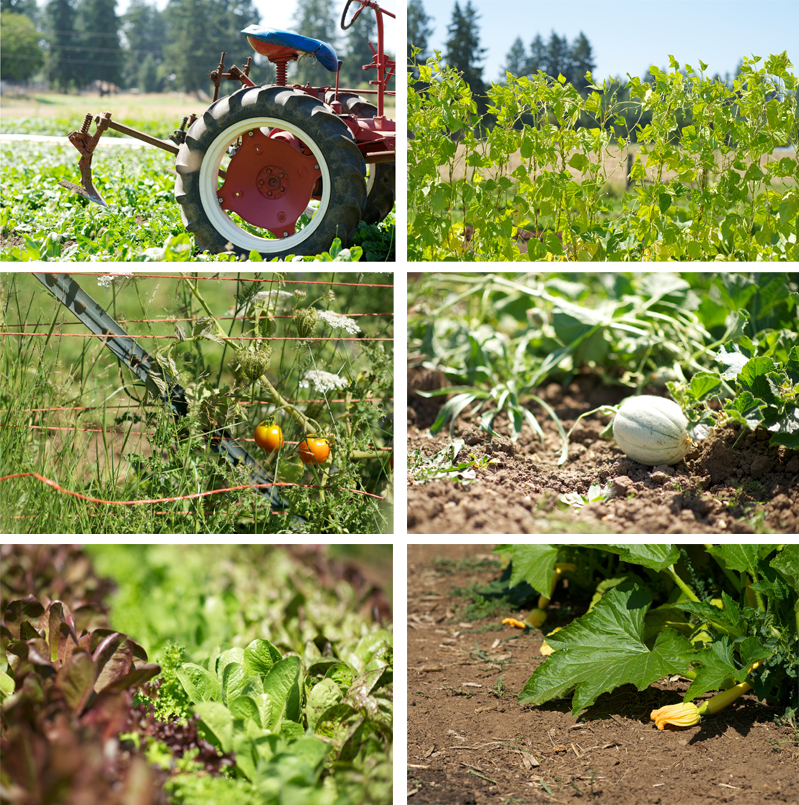 Marco has farmed for 13 years, but now finds himself in the middle of an especially sleep-deprived point his life, between planting, harvesting, marketing, and of course caring for his new son. Yet even on a ridiculously hot day that found me dreaming of a cold glass of water after 10 minutes of walking the farm, Marco described his products with knowledge and warmth, especially when chatting about carrots ("I love carrots, so I treat my carrots really well”), and his and Kay's speciality crop, belgian endive.

Scheduled to be available at the market in November, the chicory block represents the bulk of Sunset Lane's winter income. As I looked at the small leaves of the whitloof chicory, the first stage in the four month process of growing belgian endive, Marco elaborated on his interest in this little known crop. In California, Kay and Marco grew chicory as a hobby, unable to find it anywhere except for a few specific restaurants. When they researched its availability, they realized how few farmers were growing chicory; the market in California was dominated by a single person growing it on a larger scale.

"We were initially just doing it for ourselves. [We found that] the quality of it was so good, we got to a point where it was so much better than what you could get anywhere else. We recognized that we were using old world techniques that most don't use anymore. [These old world techniques] create a better product. We're practicing artisan production and trying to market it as a much better product that people don't even know about anymore. It's easy to market something when your heart is behind it and you know that your product is better than anything out there."

Growing belgian endive in the traditional way requires patience and a finite attention to every detail. On the day I visited the farm, the chicory roots were still in stage 1, the roots growing below the ground as deep as 18 inches. Roughly 140 days after the initial planting, Marco will harvest the roots and trim each down to 8 inches. These trimmed roots will then be stored in near freezing temperatures; the cold forces the bud to develop into an elongated stem. The roots are then taken out of the cold storage and covered with moist soil: this final step forms the chicon. Three to four weeks later, Marco will dig the chicons out individually by hand, and the fully formed belgian endive will be ready for the market.

Marco is well aware of how exact and labor intensive this process is. "Conditions have to be perfect, otherwise you can't get it right,” he says. “It took us almost three years to develop a really good product. It's not a joke; you have to fully commit to this crop to get it right." 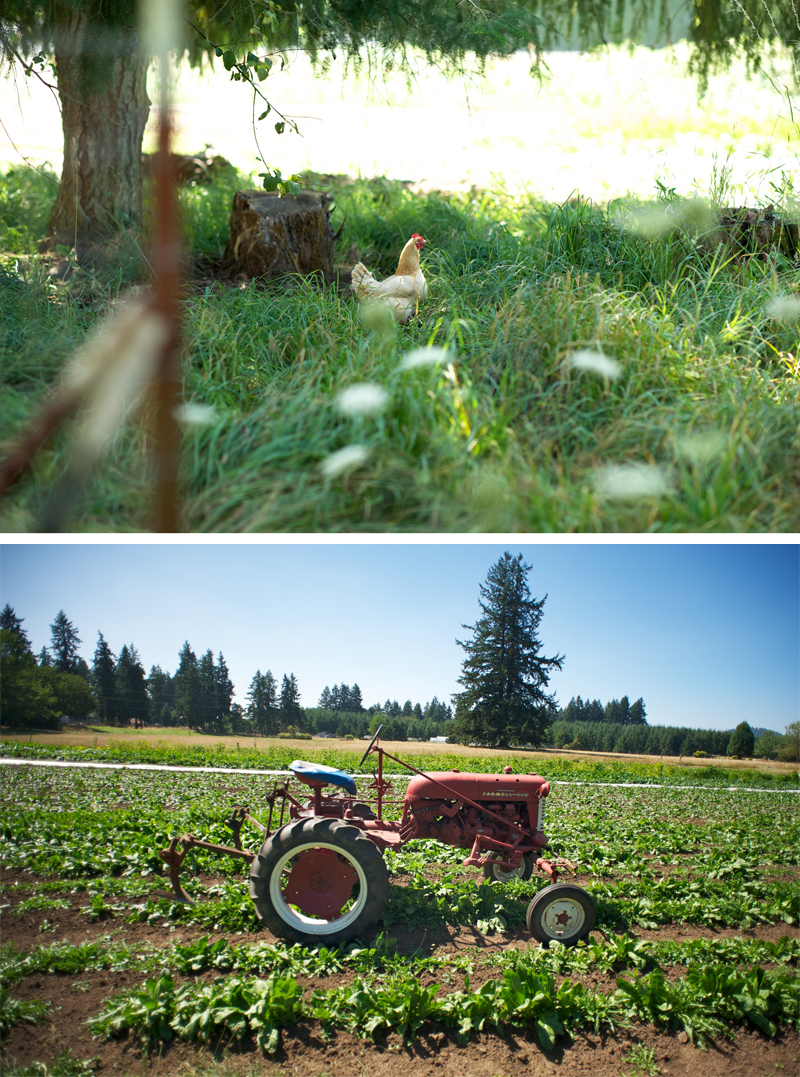 Marco's previous farming experience has allowed him to build a lush, productive farm in three years, each item grown with consideration for flavor, appearance, and how they grow harmoniously on his 10 acre field. He proudly stands behind all of his products, and it's quickly clear that his farm isn't just another vegetable farm--it's one where each field is mapped out, using old world techniques and attention to detail. Belief in the quality of his products reigns.

Marco isn't one to undersell the challenges of entering a new market, especially a saturated market like Portland's. Of course, knowing the road ahead also means an awareness of current and future difficulties. "A farm is like a 5-10 year deal before you really get set, and I've already done my 10 years, so...". 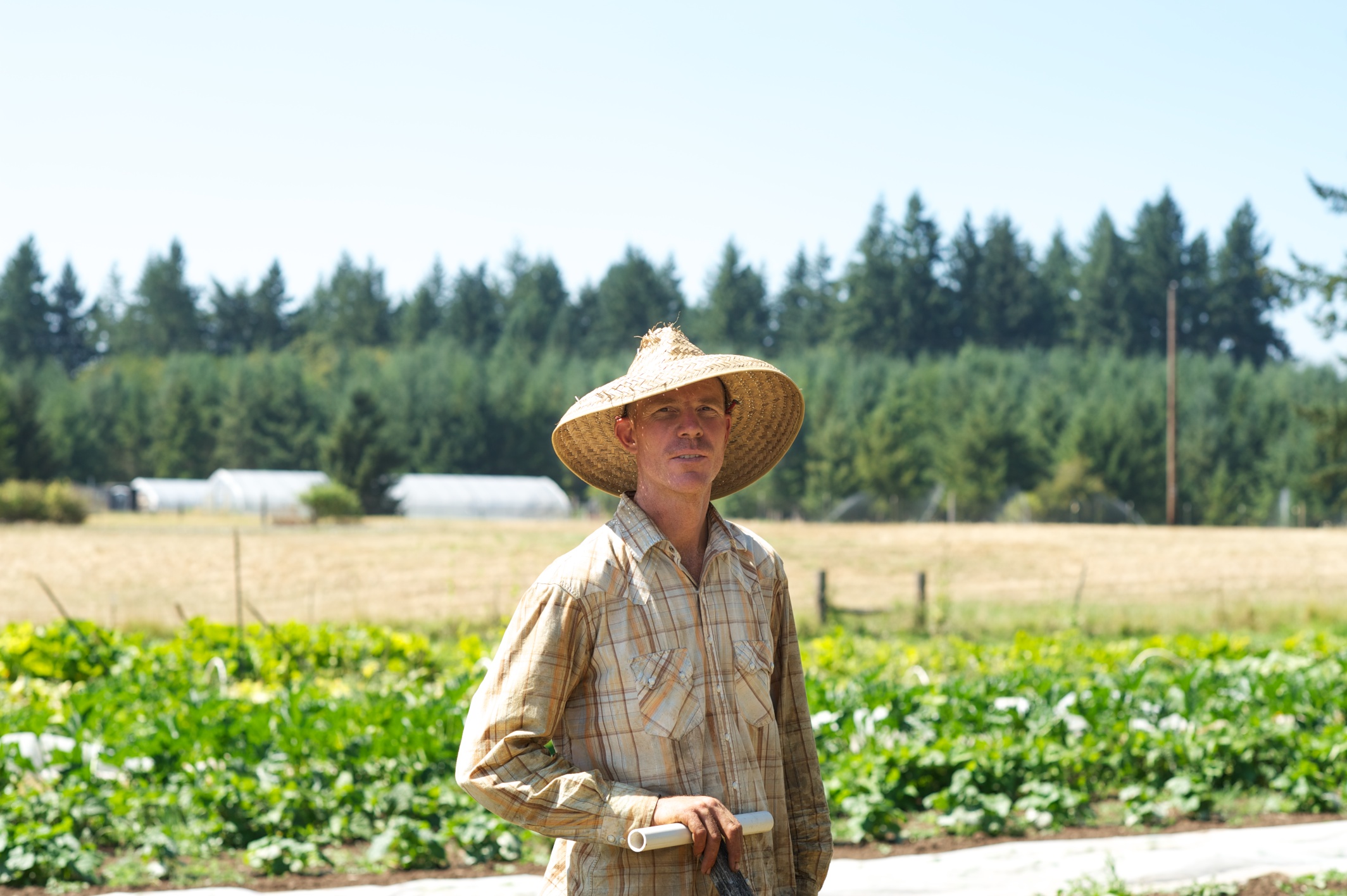 Which brings me back to Bourdain's visit to Franklin Barbecue. When customers arrive at Franklin's, ready to enjoy the brisket and sausages, the only work they'll see is the incredibly brief moment in which their order is sliced and plated. They can't witness the owner's long nights of smoking, seasoning, and stoking the fire. And they may debate whether their three hours spent in line was justified by the taste of their lunch, knowing little about the owner's sixteen hours of labor.

Whether it's Franklin's brisket or Sunset Lane's vegetables and belgian endive, we all reap the rewards of someone's obsessive pursuit of perfection without even pausing to consider or even understand the work that goes into creating a quality product. But for some reason, I don't think Marco minds. Farming, especially with his wife and child by his side, imbues him with a sense of purpose we should all hope to obtain in our own careers. 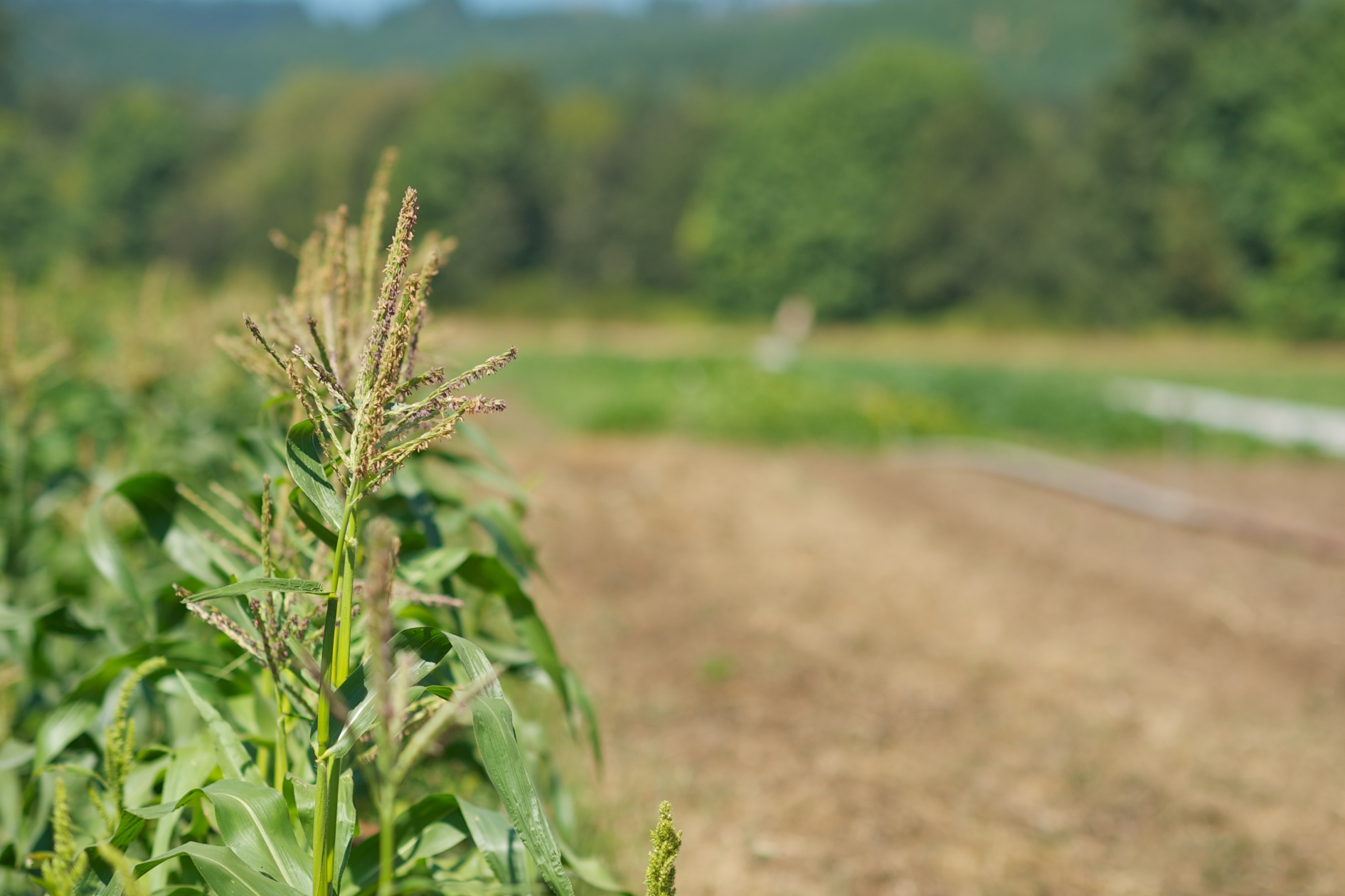