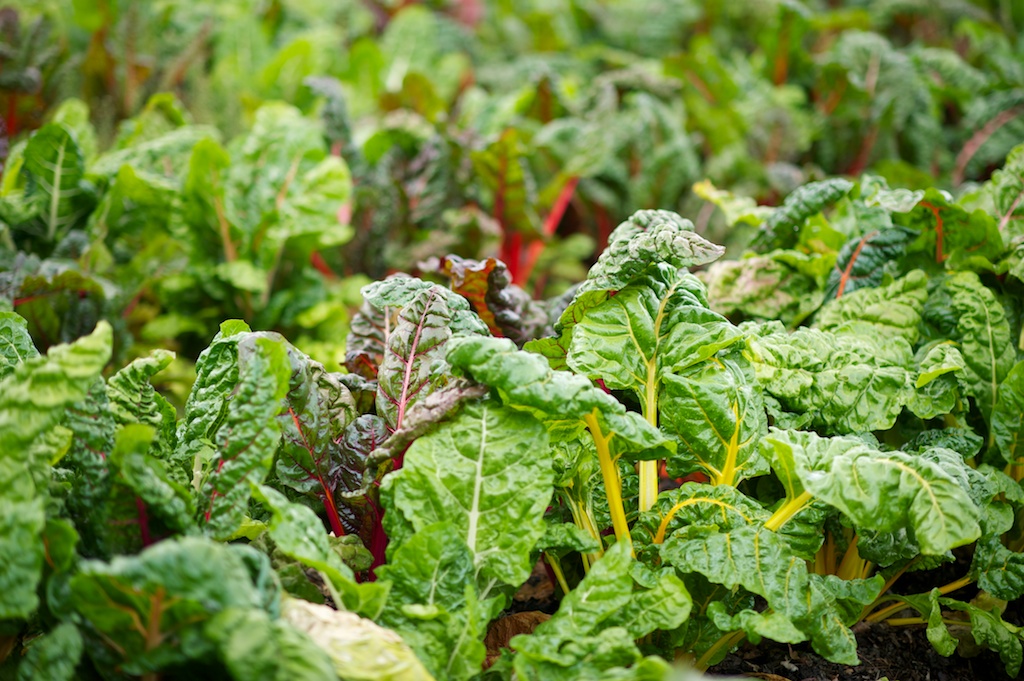 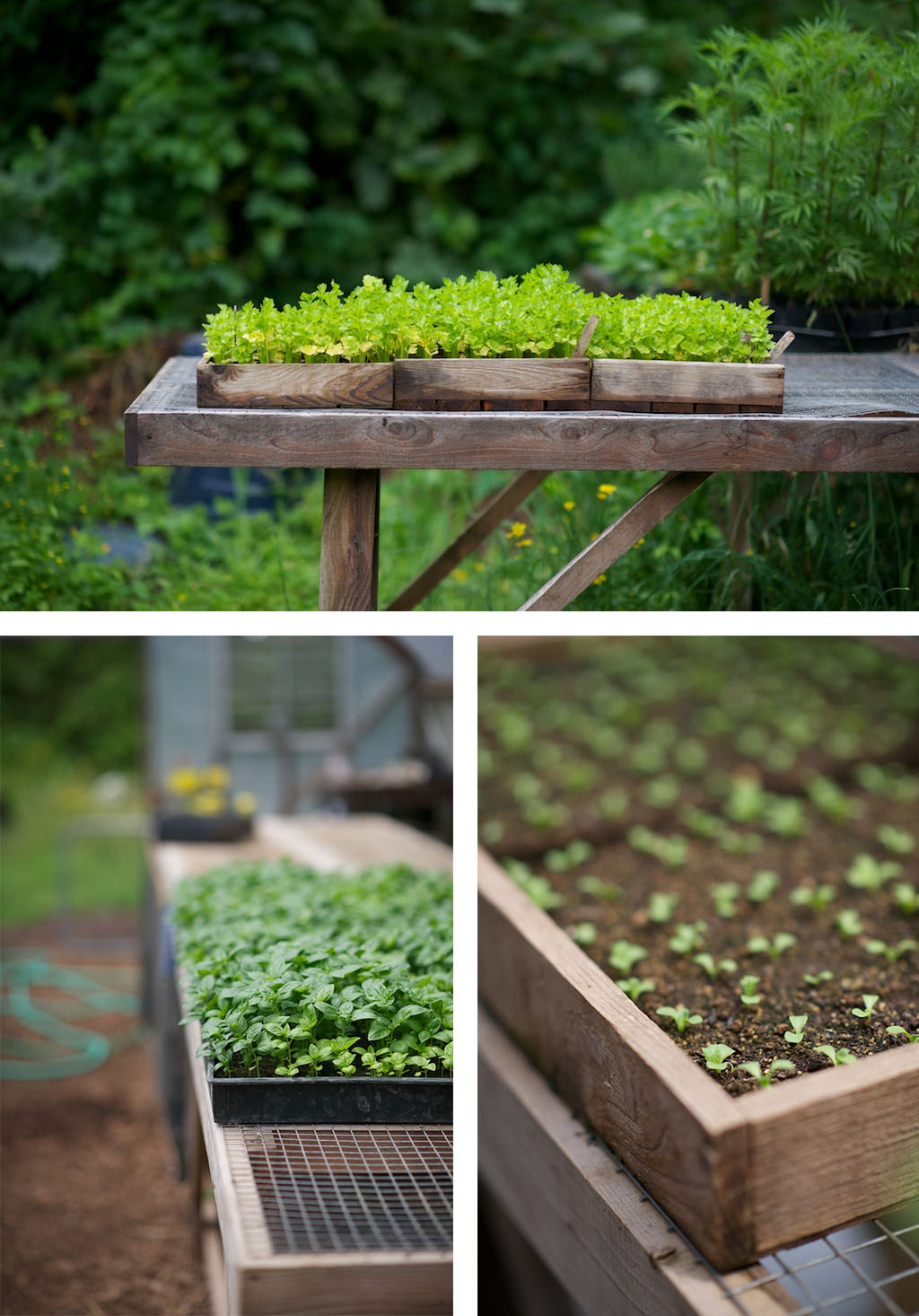 A few weeks ago, I listened to an NPR piece about the Oregon Country Fair. The idea of a fair brings up images of funnel cake, questionably-maintained carnival rides, and townies. I tuned in expecting a This American Life type exposé, full of interesting characters and strange fair stories. What I hadn’t known is that the Oregon Fair is less tilt-a-whirl and more hula hooping and communal showers, with the scent of patchouli wafting in the air. Called “the mother of alternative events”, the fair began in 1969 as a craft fair to raise funds for an alternative school. It has grown from humble beginnings into an annual three day weekend where people are united (and reunited) by craft, music, dance, poetry, and performances. Its welcoming, supportive messages cater to repeat visitors: one interviewee shared that she’d only missed two of the 44 fairs, while another man reported that he receives more hugs at the fair than the entire rest of the year. The most frequent words I gleaned from the series of interviews were “group”, “family”, “community”, and “acceptance”.

The most striking thing about the radio show was how little of substance was articulated by founders, fair-goers, and musicians. This lacking is in part related to copious pot smoking (and other recreational drug use – the fair started in the 60s), but also to the challenge of describing something so intrinsic to one’s life meaning. When Think Out Loud host David Miller asked Lucy Kingsley, a fair-goer since the beginning, about that very first fair, her response was a cackle of “If you can remember the 60s, you didn’t live through them; there are some holes in the swiss cheese, if you will." And when he asked Suzie Prozanski why she’s kept coming back to the Oregon Fair each year, she delved into a long tangent about feeling like salmon in the the water before stepping onto land to be embraced by the moles that live under the office where she works. 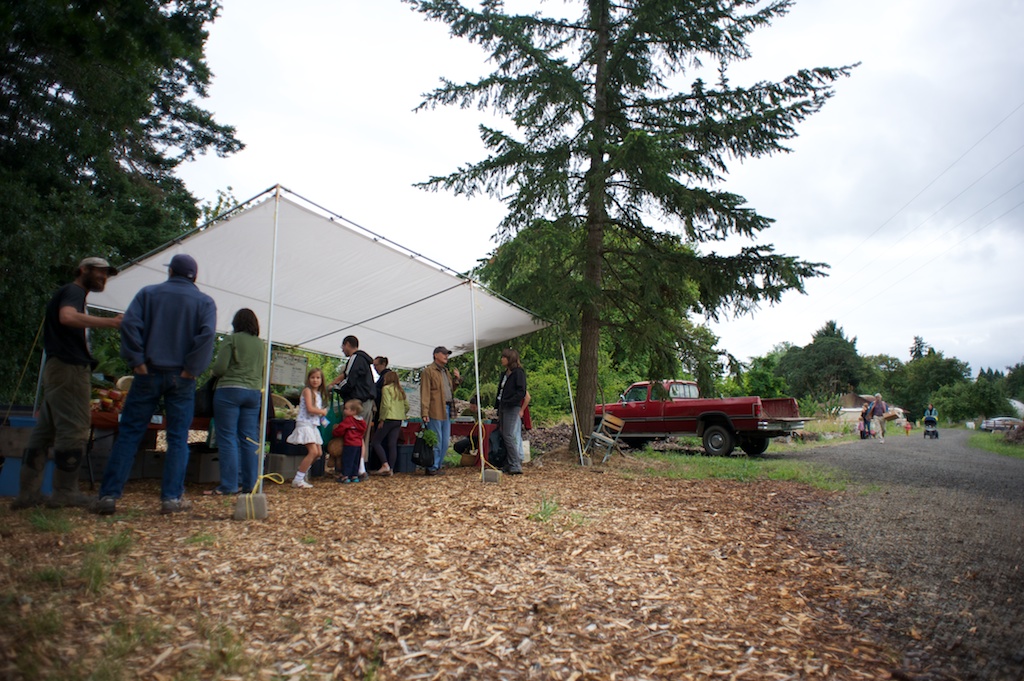 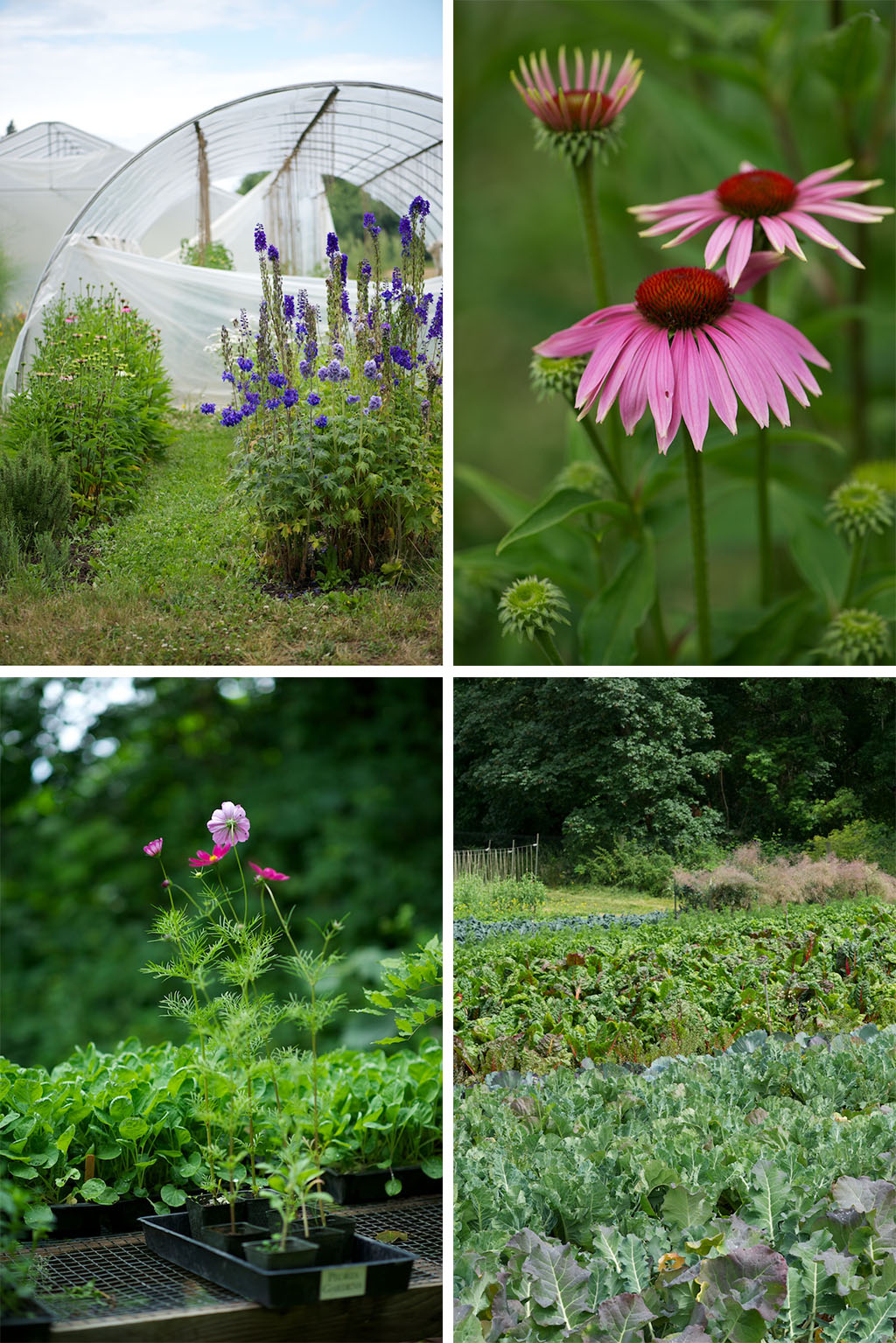 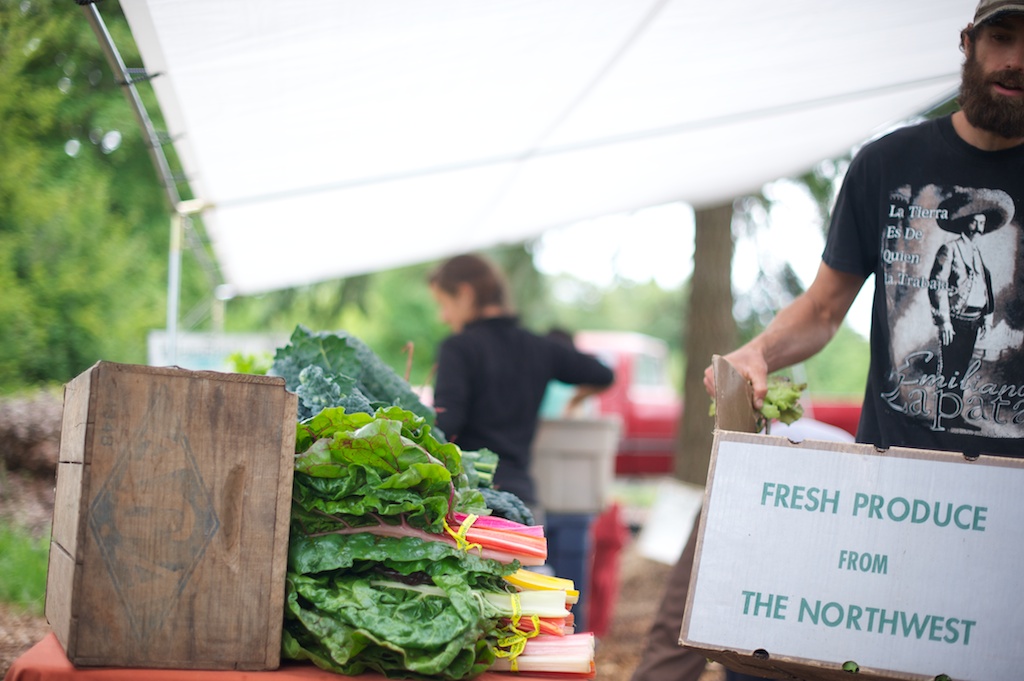 Because of interviews like this, the idea of a “hippie life” can cue much eye rolling. But if you think about the origins of hippie culture, the movement’s original tenants of community, non-violence, and environmentalism fit naturally into the ideas behind holistic and organic agriculture. Hippie culture sprang from a desire to find a new meaning in life, and from a rejection of society in the 1960s that included rigid gender roles, nuclear weapons and the Vietnam War. The movement advocated for peace, love, and freedom. Of course, for many hippies, these concepts morphed into drug trips and multiple sexual partners. Yet the idea of living a nonviolent life, counter to a preexisting culture, and operating in an accepting, nurturing community, is very much an ideal of organic and biodynamic farming, and one that Rachel Ashley and Elias Silvernail cultivate at Rainshine Farm. While the couple “used to be considered hippies” (according to Rachel), they’ve funneled their counter-cultural leanings into building a farm community that feels like a family, using methods that replenish the earth and soil, and operating with minimal advertising, preferring word-of-mouth and intimate connections. 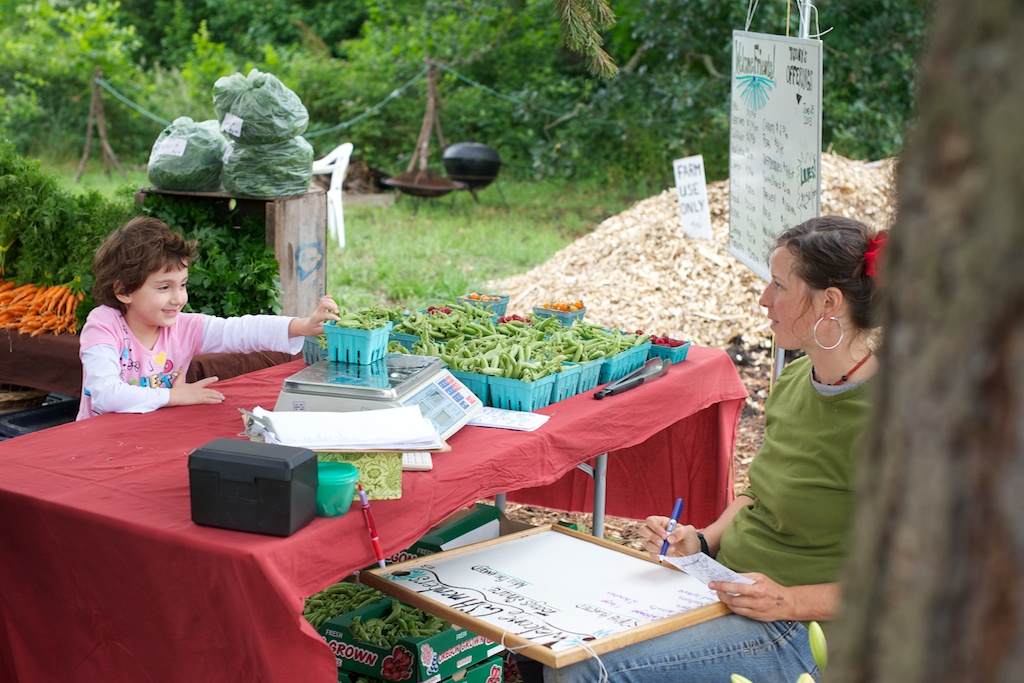 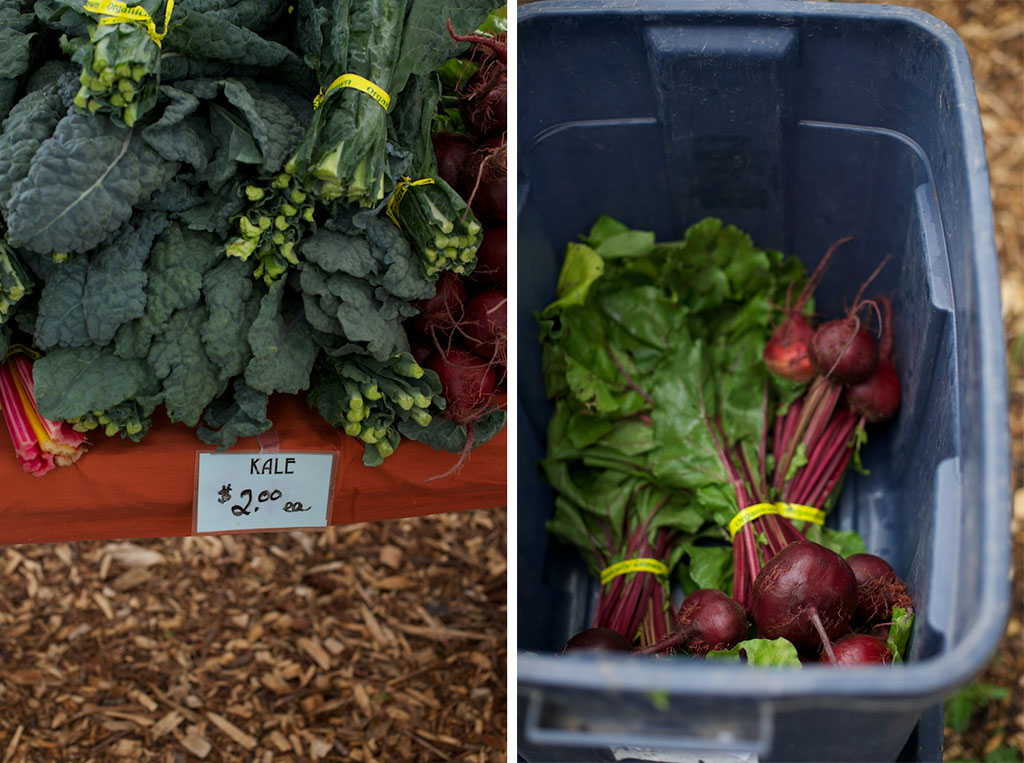 Rachel and Elias created Rainshine Farm six years ago. After meeting in Portland, they spent a few years living at Breitenbush, a retreat and conference center run by a “community of free-spirits”. The center is tucked into land that includes hot springs and a glacier-fed river. In addition to soaking in the springs, visitors can take part in yoga retreats, healing workshops, or silent weekends.

While living and working at Breitenbush, Rachel, Elias, and their soon-to-be farming mentor, Sun Hadley, took over the property’s garden. Rachel recalls, “We grew this beautiful garden and everyone was so attracted to it. I loved that energy of everyone coming together around this beautiful healthy food.” Realizing that farming was an ideal way to channel their desire to connect to both nature and community, Rachel and Elias had no choice but to leave Breitenbush: housing there is tied to having an on-site job, of which farming was not an option. Many years, internships, and growing seasons later, Rachel and Elias continue to maintain a tie to that community, as Breitenbush is the farm’s largest wholesale account. This ongoing relationship resonates deeply with Rachel, as they “love growing food for people we know.”

After deciding that farming was their mutual future, Rachel worked on a biodynamic farm in Eugene and Elias worked with Sun Hadley on a farm startup. While with Sun, Elias learned the structural aspects of creating a farm: how to put up fences, put in irrigation, and lay out a farm. And Rachel, who had thought she’d be helping with a CSA, ended up running an entire farm. They found their own piece of land through a word-of-mouth Breitenbush connection, and after presenting the landowners with a business plan, Elias and Rachel officially created Rainshine Farm. Rachel recounts, “[The owners] were incredibly trusting. I’m kind of shocked that they allowed us to do what we wanted to do without a moment’s hesitation.” 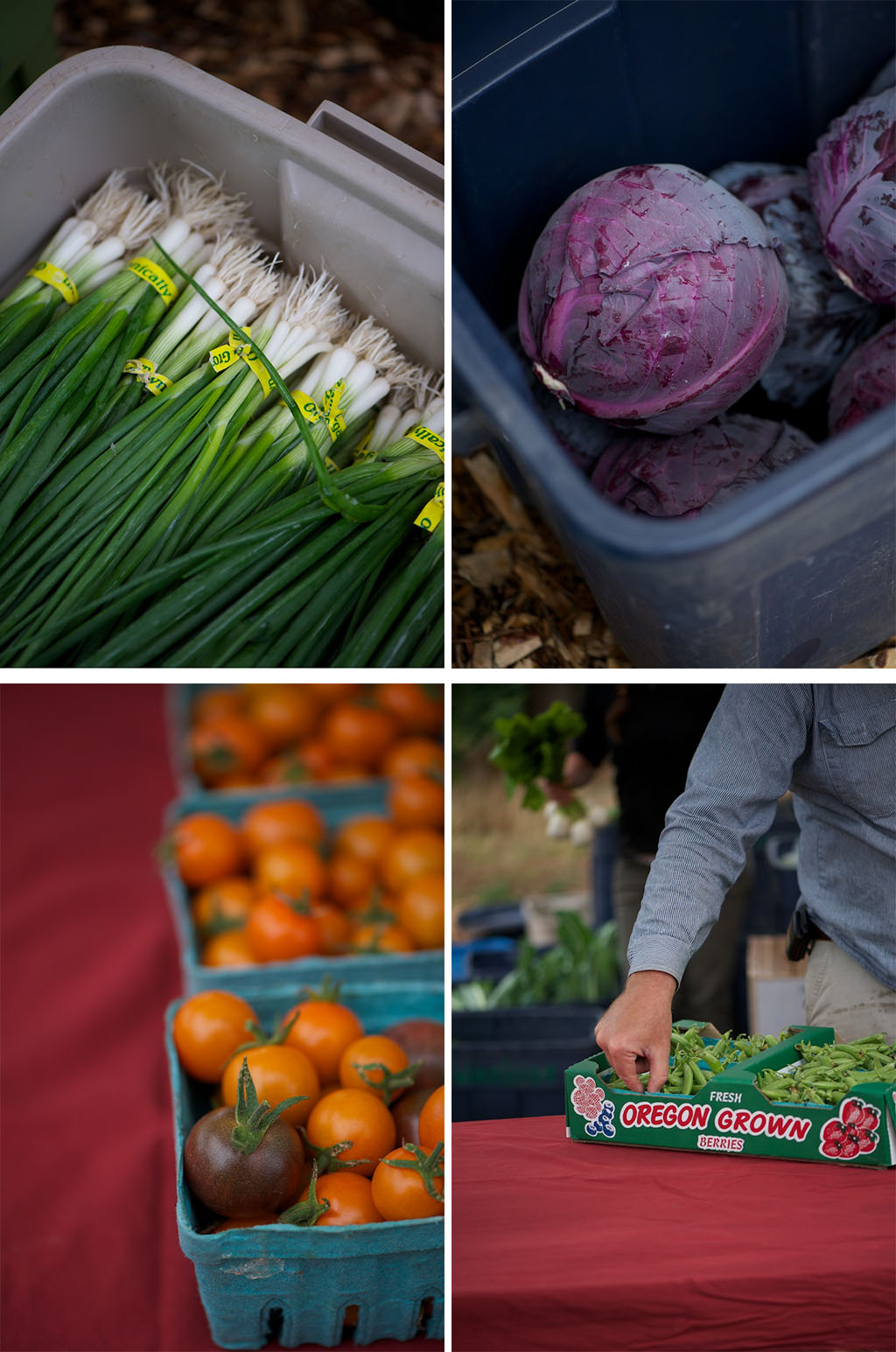 The farm, situated in a valley and bordered by a public park, has a varied agricultural history that includes hops, crops for canneries, and grass seed. Though you can hear some traffic noises, there’s no visible road, which leads to the feeling of being removed within a vast agricultural canvas. After spending the first year laying the groundwork with fencing and irrigation, Rainshine Farm now grows about 40 different annual and perennial crops throughout the year, arranging the various foods in an aesthetically pleasing pattern of textures, heights, and colors.

In one discussion about the Oregon Country Fair, an interviewee commented that people “experiment when they feel safe.” While this is probably true in more ways than one at the fair, it’s also apt commentary for Rainshine Farm’s six year life. Rachel and Elias stumbled into a situation where their landlords allowed them to utilize the land without controlling oversight or forceful direction; they’ve even paid for structural improvements like fencing or irrigation that will stay on the property beyond Rachel and Elias’s tenure. Rachel calls it “the easiest business relationship she’s ever encountered”, and it’s allowed the couple to create a flourishing farm from the ground up and experiment with crops and layouts. And this freedom to experiment is cyclical: because Rachel and Elias have been able to focus on growing the healthiest vegetables possible, they can grow food for a variety of Corvallis residents, even people who wouldn’t normally shop at the farmers’ market. Most of the foods they grow are familiar varieties, but Rachel and Elias also cultivate vegetables that members might be less comfortable or familiar with (like celeriac or fennel) to encourage members to experiment in this safe environment. 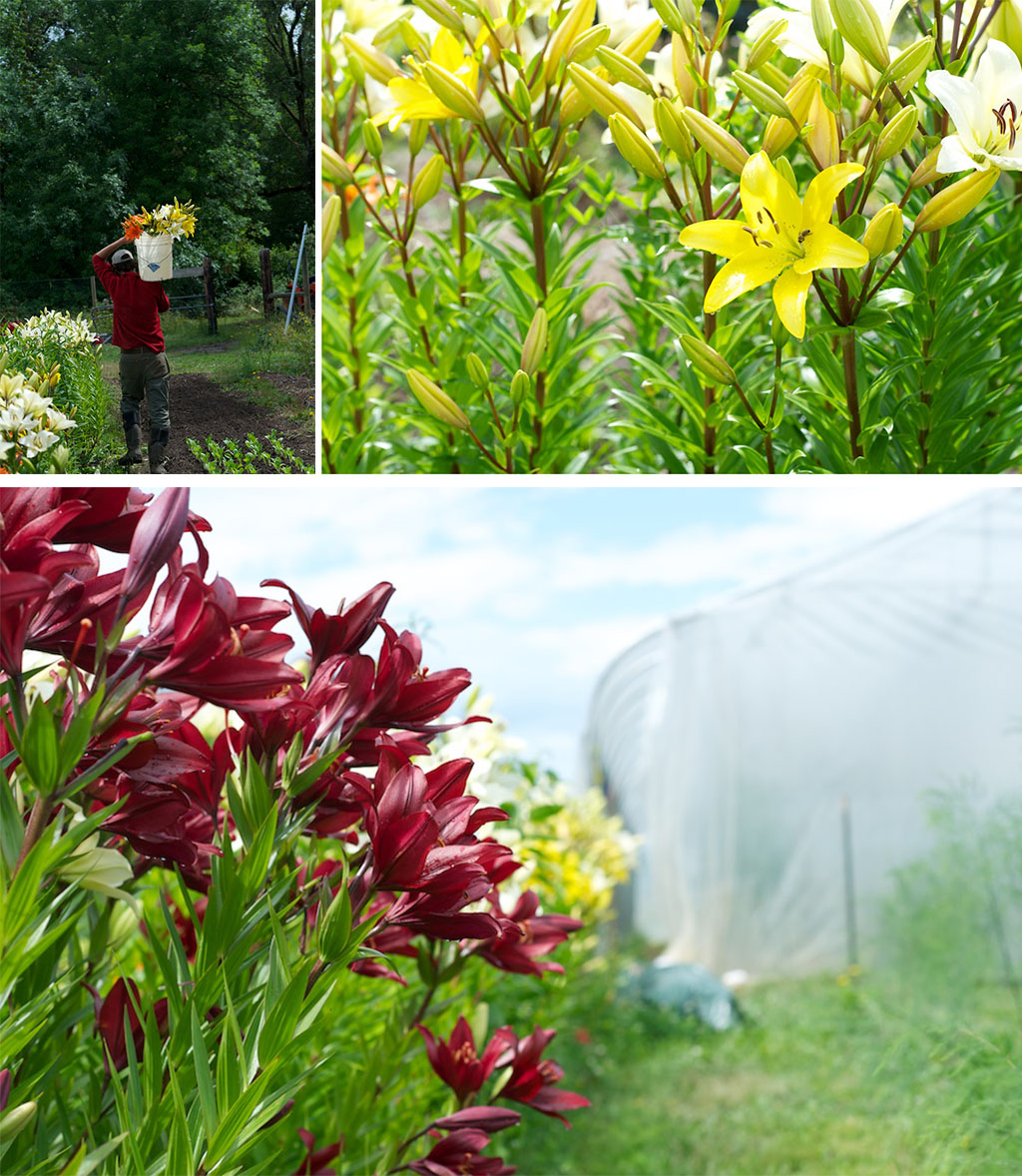 Before I interviewed Elias and Rachel, I observed their Tuesday afternoon farmstand, which has the air of a neighborhood block party combined with a mini-farmers’ market. The stand opens at 4pm, and for the next three hours it becomes a constant hub of laughter, conversation, greetings, and excitement, as members pick up their shares and other people shop for individual items. Bikers appear with empty baskets and leave with bikes nearly tipping over with food; members hug their farmers; children excitedly exclaim about how much they love carrots. Elias is quick to joke or tease the members, toeing that line where you’re not quite sure what’s a joke and what’s a serious comment. On the day I watched, Rachel manned the register, checking in with members and having extended conversations.

Along with their Breitenbush connection, all of the food Rachel and Elias grow is for “people they know.” They genuinely know their members on a personal level, whether it’s checking in about a doctors appointment, sharing a beer, or inviting a few members over for dinner at the farm. In one article written about Rainshine Farm, Rachel and Elias shared that they decided to farm because “growing food seems like part of the solution.” Just as the original hippies balked against Vietnam, suburbs, and gender roles, and sought a new way of living life, Rachel and Elias reject the idea of being faceless farmers intent on profit as the only goal. Instead, their farming community is a direct response to the industrialization and corporatization of our nation’s food supply and culture. Their farm stand is located steps away from their actual farm, and members are encouraged to see where their food is grown. The farmers grow without “poisons” and with a deep knowledge of soil biology and amendments, as well as the implications of the soil’s history. 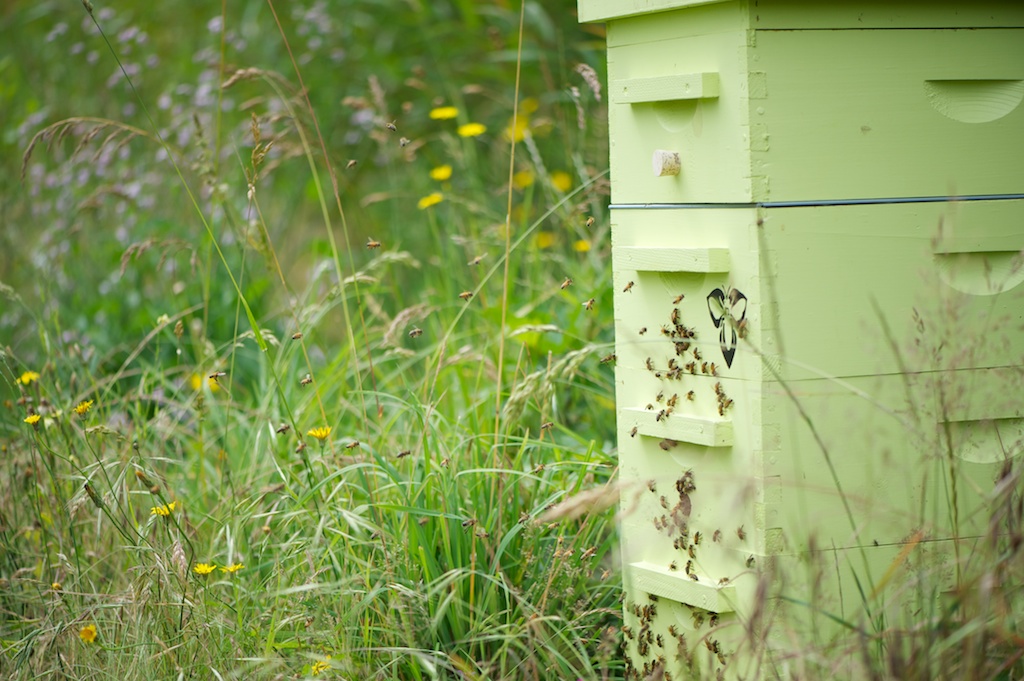 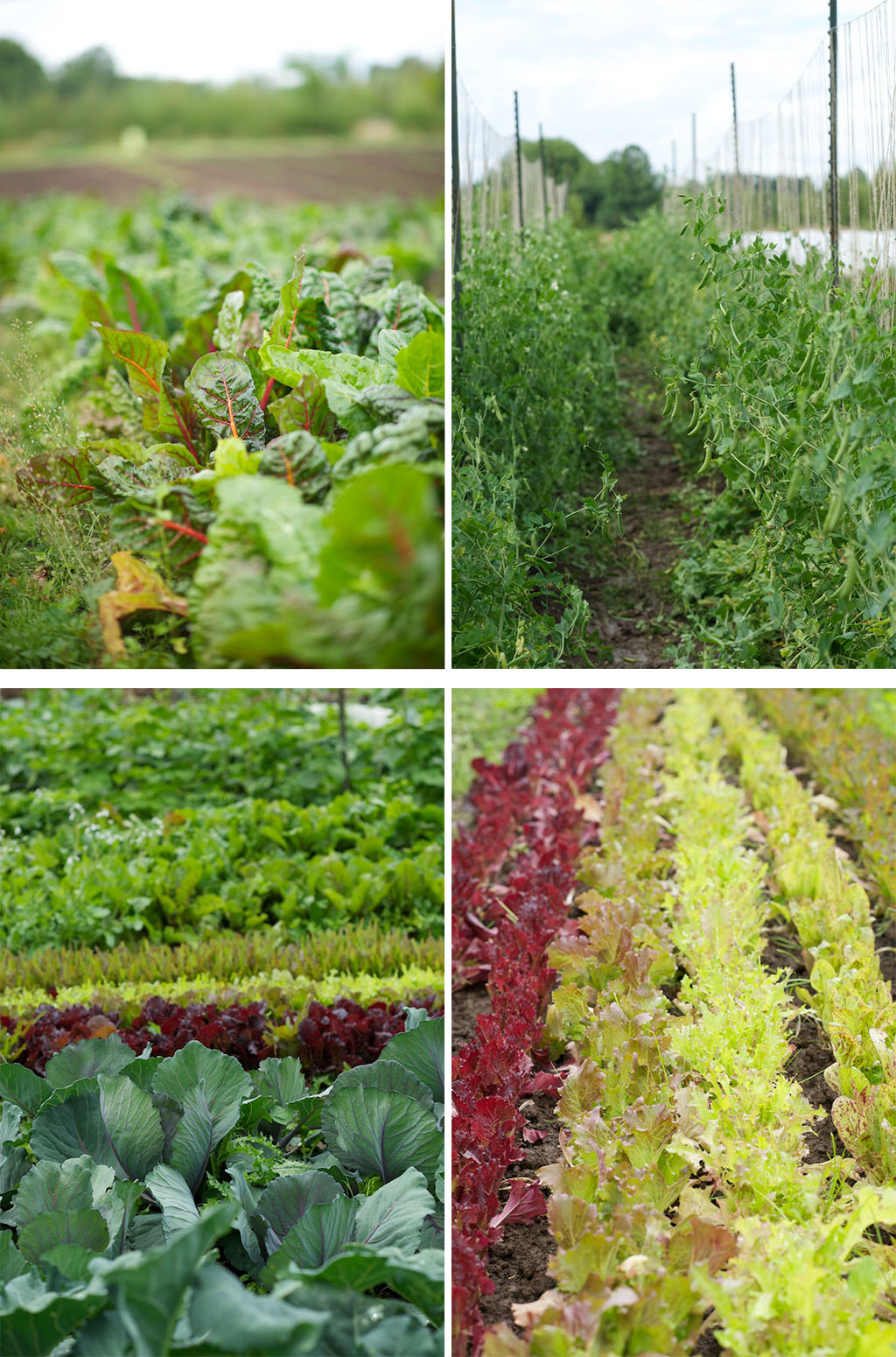 While the couple recognizes the benefits of staying on their land and take joy in the relationships they’ve made in Corvallis, they also have “lofty dreams” for their farming future. Rachel elaborates, “I want to plant an orchard. I can’t plant an orchard here because it floods most years.” The size of the farm is also a limitation: “I don’t want to grow more than 5 acres of vegetables but we believe in having a fallow rotation. We want more space for pasture and I’m interested in farming with draft horses.”

The focus on community and organic practices doesn’t lead to an exclusion of business: Rachel and Elias want to run an efficient farm. They’ve started calculating the true cost of growing certain items of food through enterprise budgeting, a process which takes into account the various inputs that go into certain crops. Rachel uses strawberries to illustrate this concept: “There’s tilling the bed, so the cost of tractor for a year, the maintenance and fuel, the labor to till, the purchase of the plants, the labor to transplant them, the mulch, the drip tape, the cost of the water over a year, the harvesting, the pints, how much we can get off the bed.” They also just invested in a 20 gallon electric salad spinner because they know that salad sells well and they want to offer a consistent product to their customers. 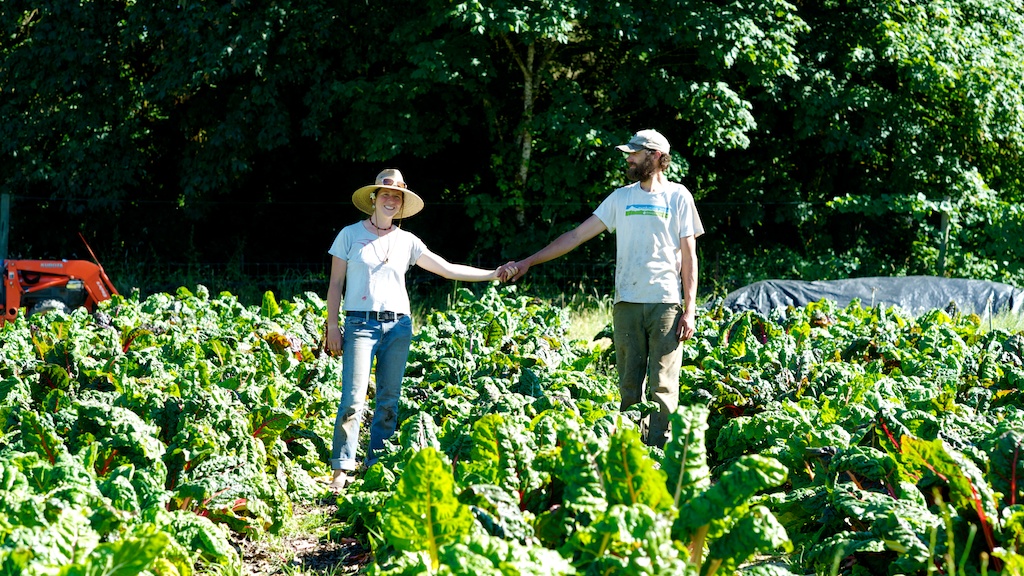 In a blurb written for Raising Organic Family Farms, Rachel writes that “many members have stated that this community created around food is the thing they love best about our farm. We happen to agree.” Rainshine Farm cultivates a welcoming community with tangible benefits that extend beyond hugs and intimate conversations. Along with food, nourishment, and a connection to neighbors, the Rainshine community is connected to something greater than the individual: the cycles of the seasons and the knowledge that the food they’re eating is grown with agricultural expertise and respect for farming’s processes. 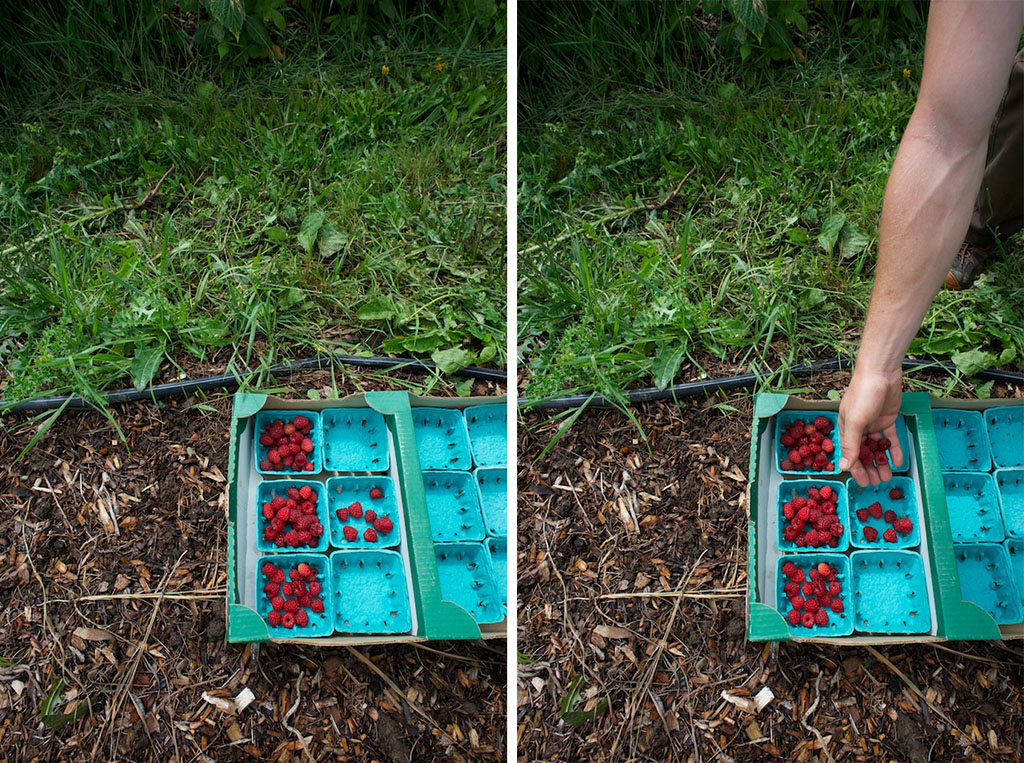 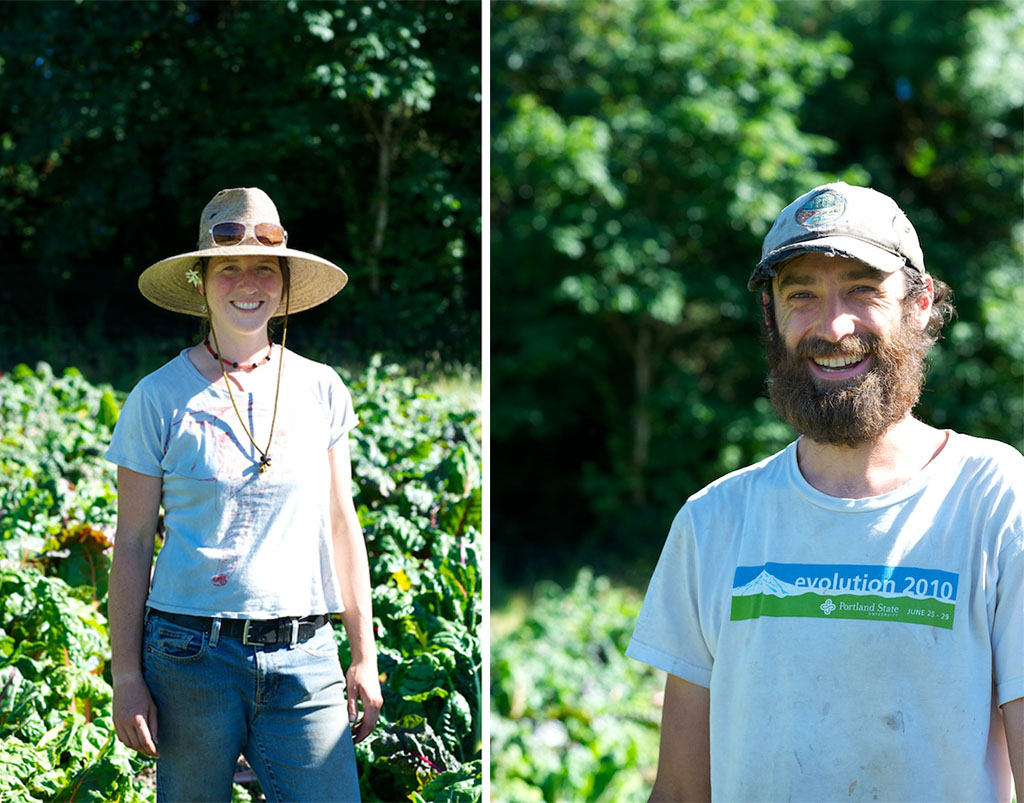 Hippie culture has always advocated for contentment and peace through a counter cultural community. But contentment and peace don’t come from the exclusion of hard work or the absence of commerce. Think about the difficulty of a yoga pose and the focus required to stay on your breath. Or the push to finish a project at work. Or months spent training for a race. Those efforts – especially when the resulting work becomes about the greater sum rather than the individual moments – leads to deep connections. Rachel and Elias work long hours with the support of their members, landlords, and families, knowing that the food they grow brings people together. Their lives at Rainshine are not defined by the rejection of outside identities, but by the power of creation that can only be found by embracing the cycles of nature and community. 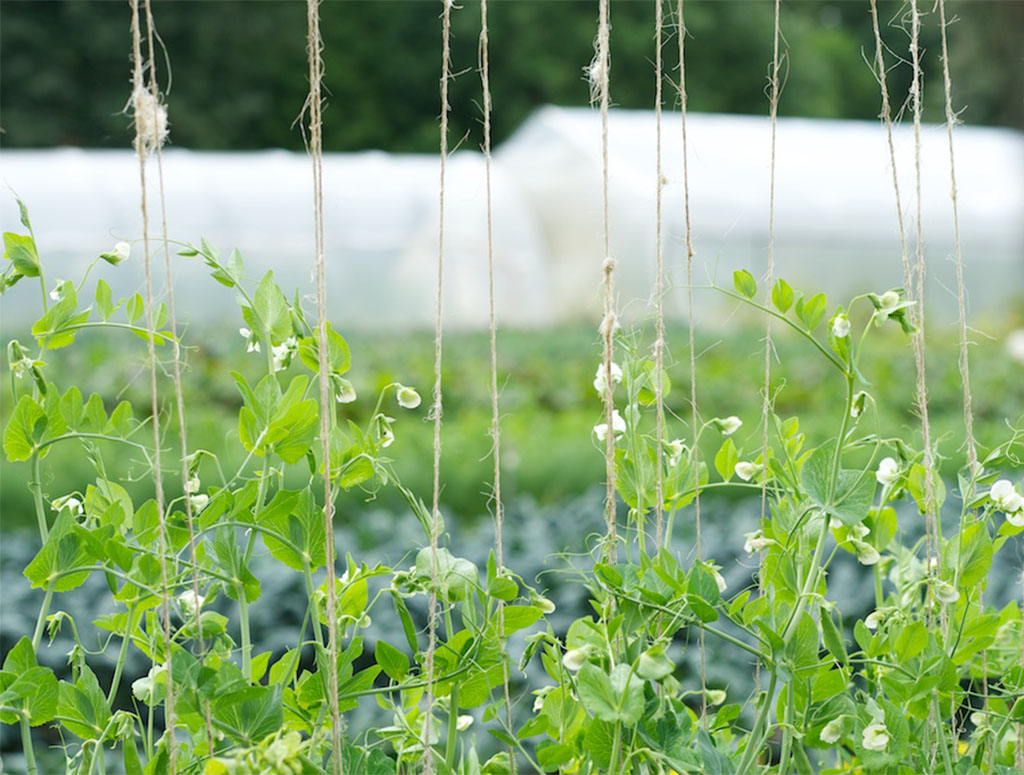 The corner of SE Alexander Ave, Corvallis, OR (go to end of the road-you’ll see it!)