After my previous disastrous canning attempt, I needed a victory in the preserving department. I wanted to make something that was flavorful enough to keep me interested, but as easy as hitting a lobbed softball. 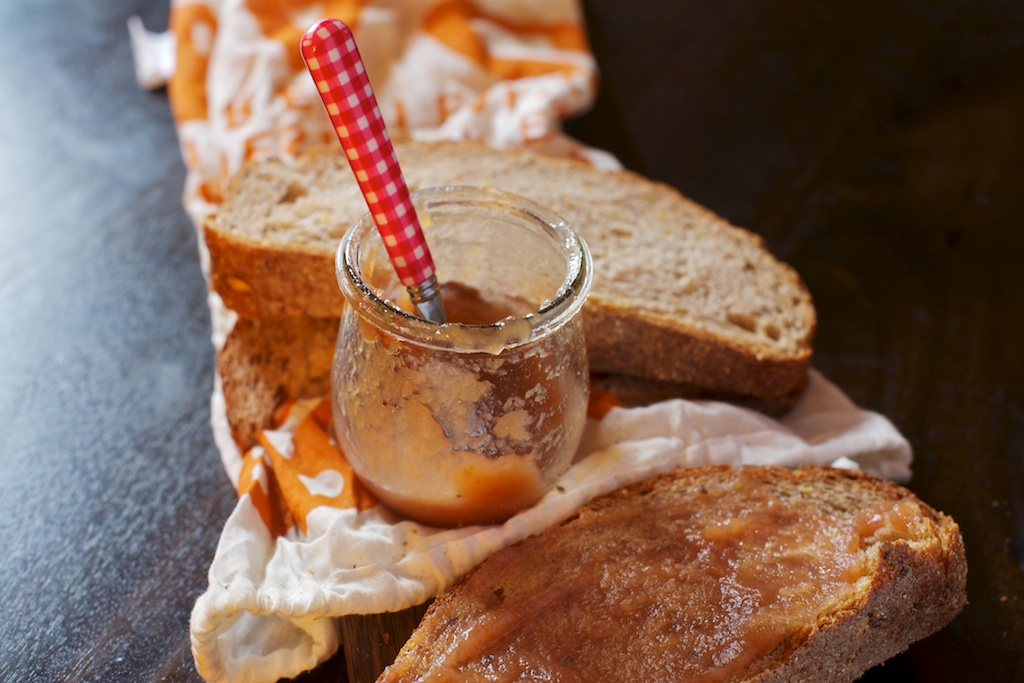 I chose apple butter. This apple butter tastes like mulled cider in a more solid form. It's perfect for a piece of toast, spread on a biscuit or scone, or even dolloped on top of a pancake. 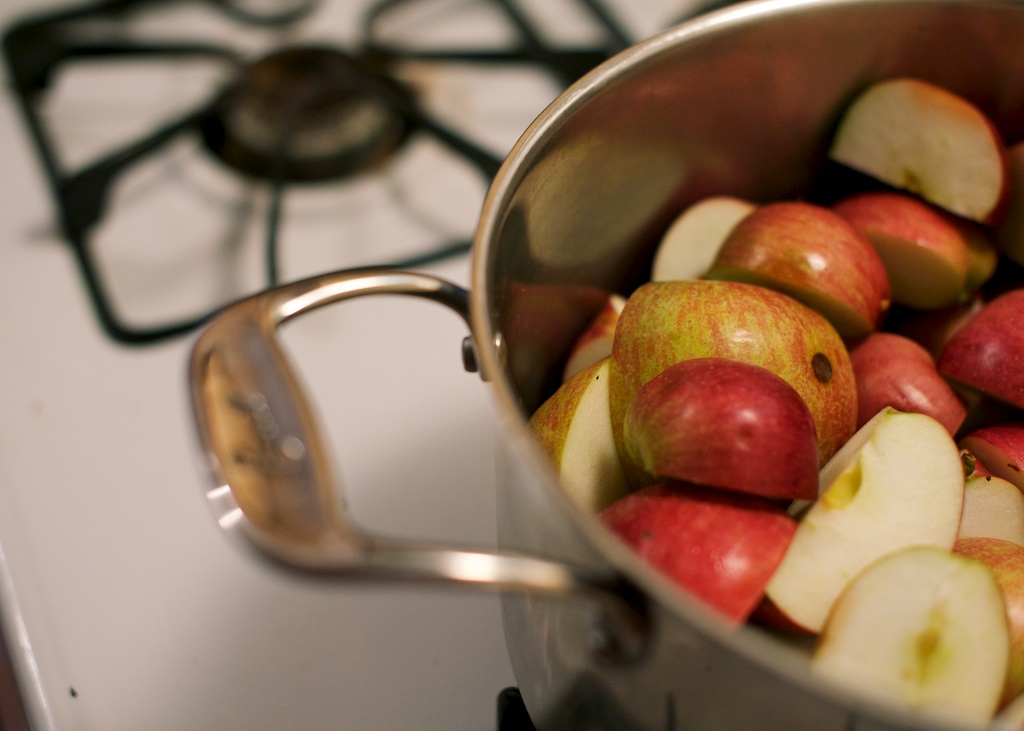 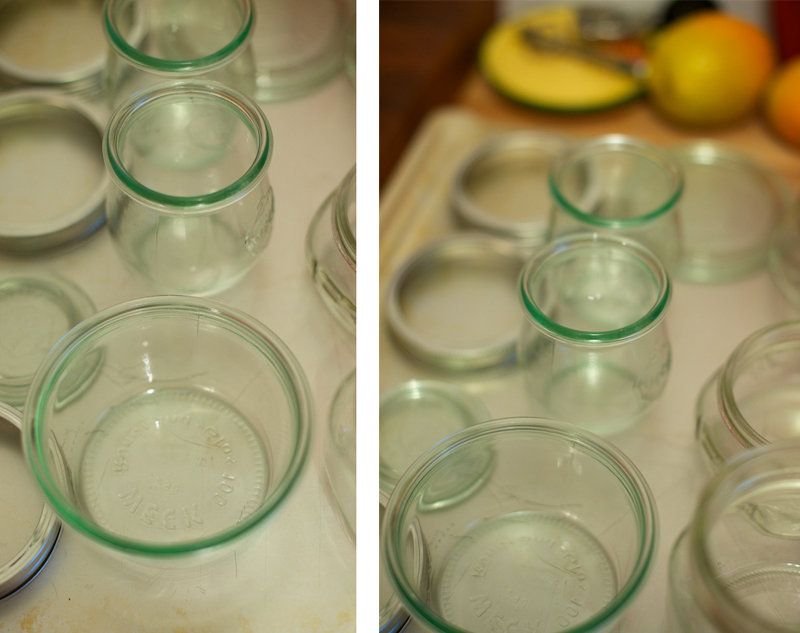 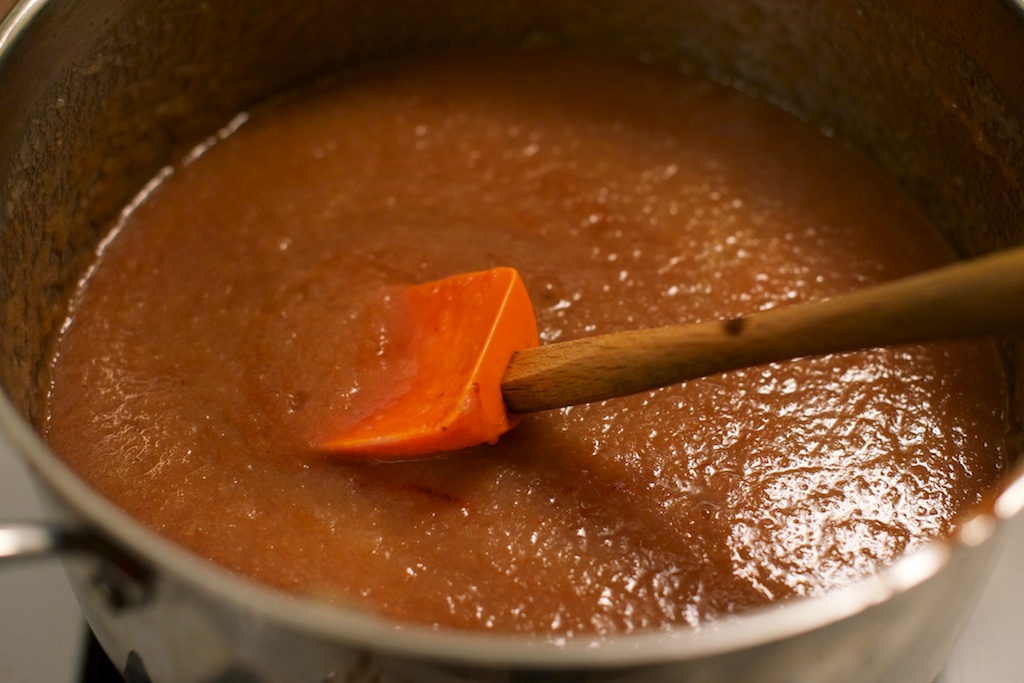 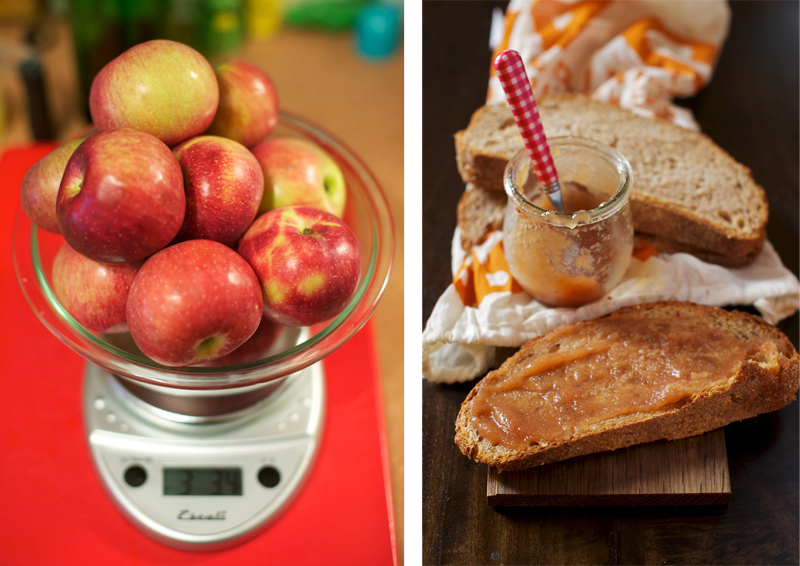 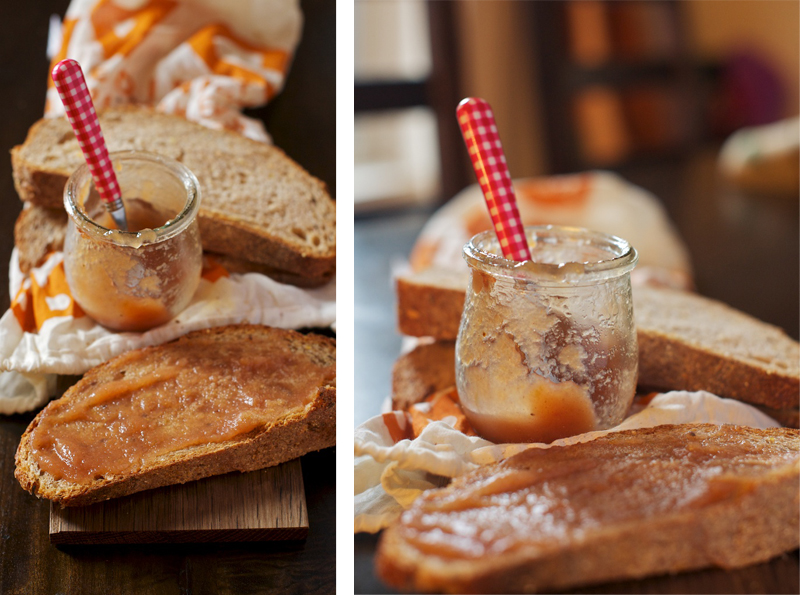 Recipe Adapted from Put 'Em Up

1) Quarter the apples but leave on the peel and core. Bring the apples and cider to a boil in a large pot. Reduce the heat and simmer for about 30 minutes, until the apples are very soft and starting to break down.

2) Let the apples cool slightly and then run them through a food mill to remove the seeds and skins. (I own this miniature food mill-easy to store!)

3) Put this apple puree in the pot and stir in the sugar, lemon juice, cinnamon, and nutmeg. Simmer the mixture over medium heat, until thickened. This timing is variable. I had to simmer for 1 hour, stirring constantly, until the mixture was thick enough to be spreadable. It might be slightly different for you, depending on your pot and burner. You want the texture to be smooth with a silky sheen.

Using a stainless steel spoon to transfer the jam into its storage containers. Let cool on the counter before putting into the refrigerator.  Keep in the refrigerator for up to 3 weeks.

Remove the jars from the oven keeping them on their sheet(s).  Put the sheet on a wire rack and cool them over night.  They will seal as they cool. 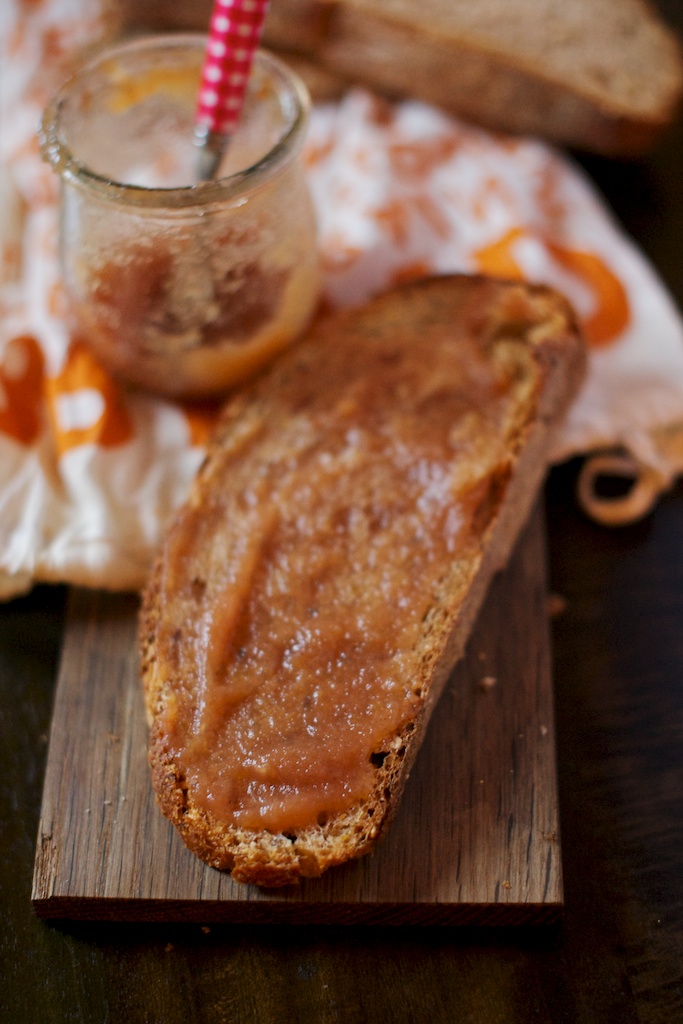