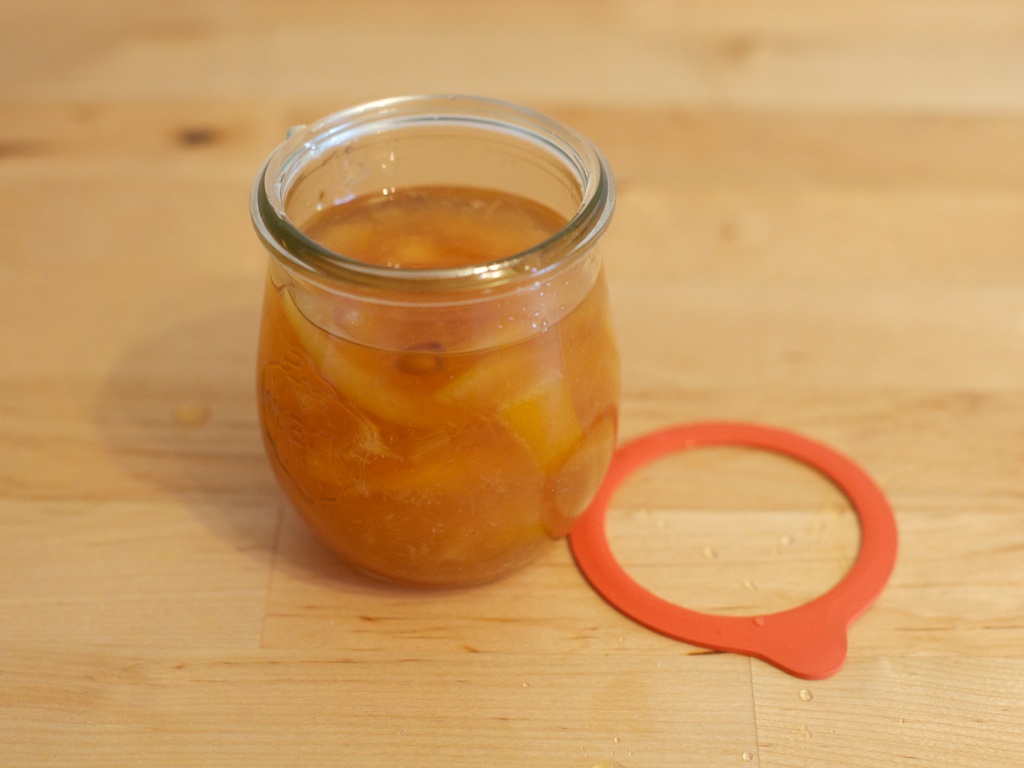 It was bound to happen.  After sailing along with jamming, preserving, and canning--barely a misstep along the way--I met my match.  Marmalade.  In retrospect, it's strange that I'd even want to make marmalade, given my near complete avoidance of it over the course of my life.  Instead of saying "I've never met a marmalade I didn't like", my take on marmalade skews the other direction: "I've rarely met a marmalade I did like!" 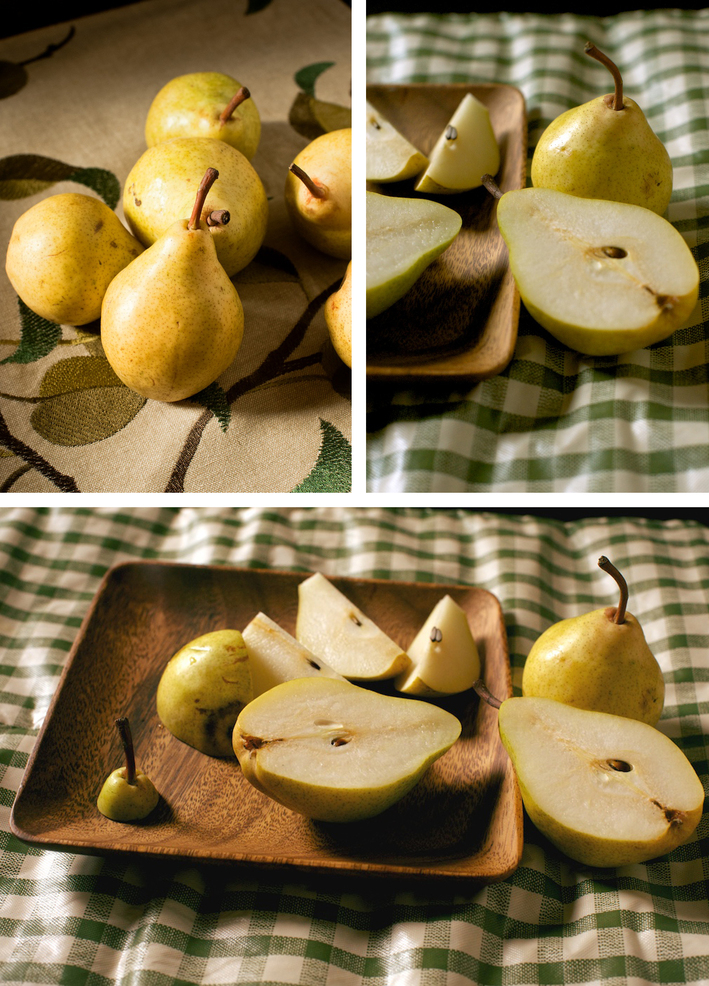 Part of my willingness to make and preserve marmalade was an eagerness to create and store a marmalade I would want to eat.  I was also on board with marmalade-creating because The Blue Chair Jam Cookbook features an irresistible sounding recipe for pear marmalade with hints of cardamom..  My first mistake was assuming that the focus would be on the seasonal fruit, the pear.  I bought beautiful Bartlett pears from the farmers market and so-so lemons from a local grocery store.  As anyone who eats marmalade knows--a marmalade's focus is always on the citrus.  The pear in this recipe was present as the jelly flavoring, not as the main attraction. 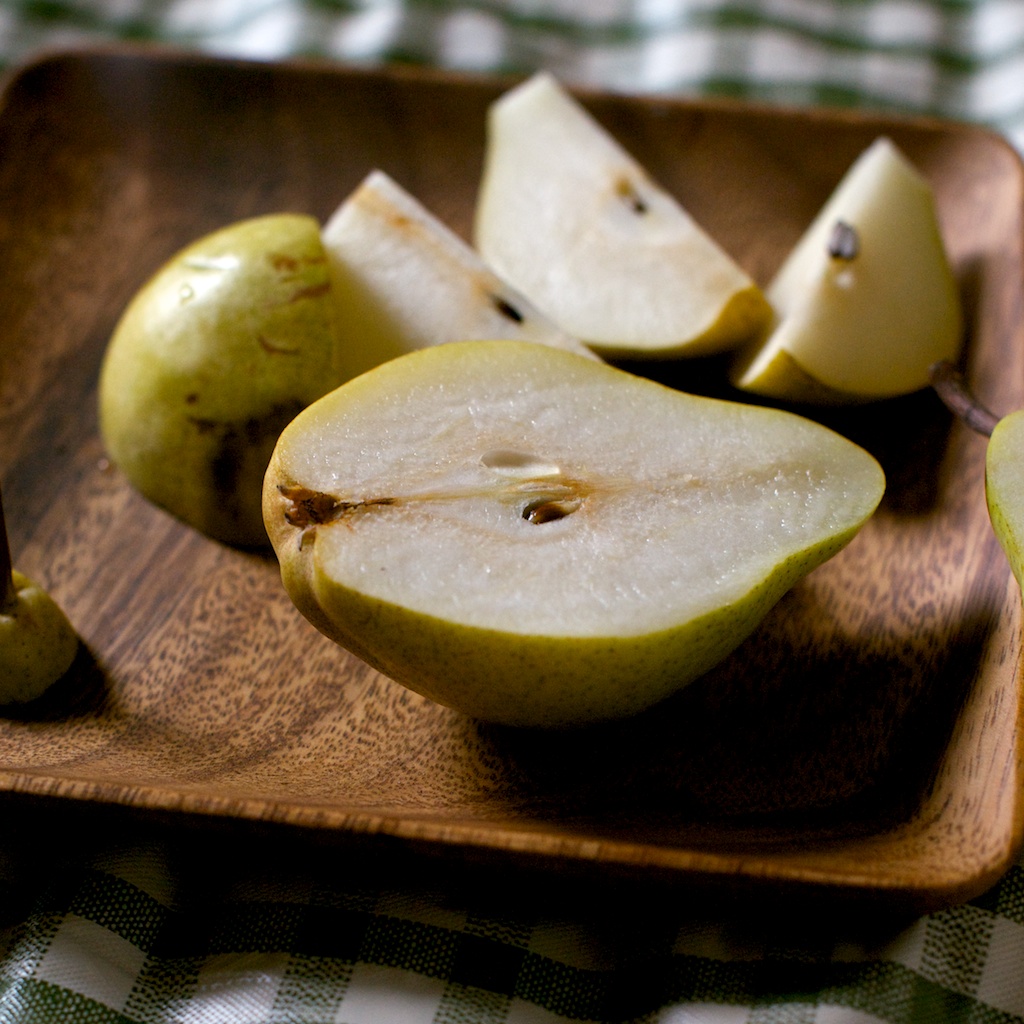 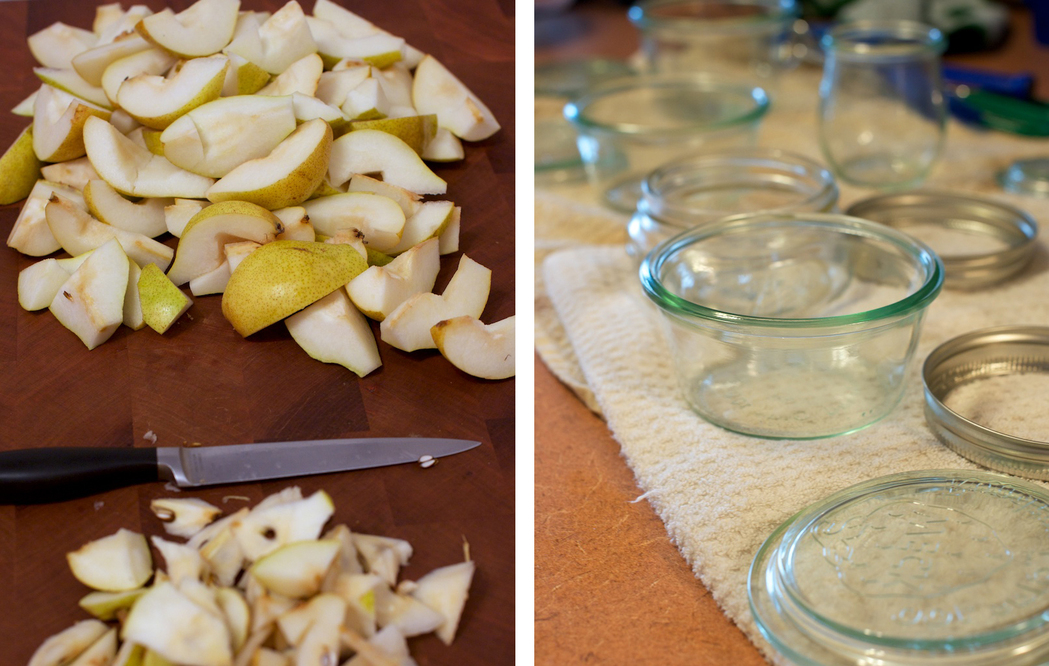 After I realized this, I soldiered on.  I was unsure how things would turn out--and unwilling to subway all the way into Whole Foods for a few better tasting lemons.  Besides, I'd had amazing results from other Blue Chair Jam recipes, so I hoped that the marmalade process would mask the so-so lemons and let the delicious pears shine. 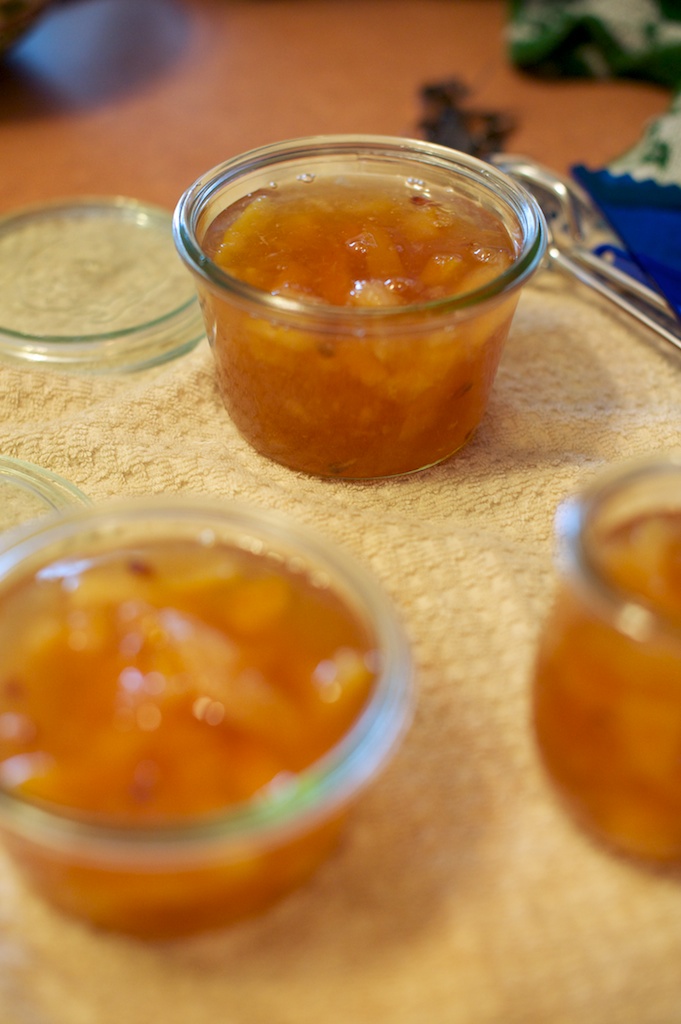 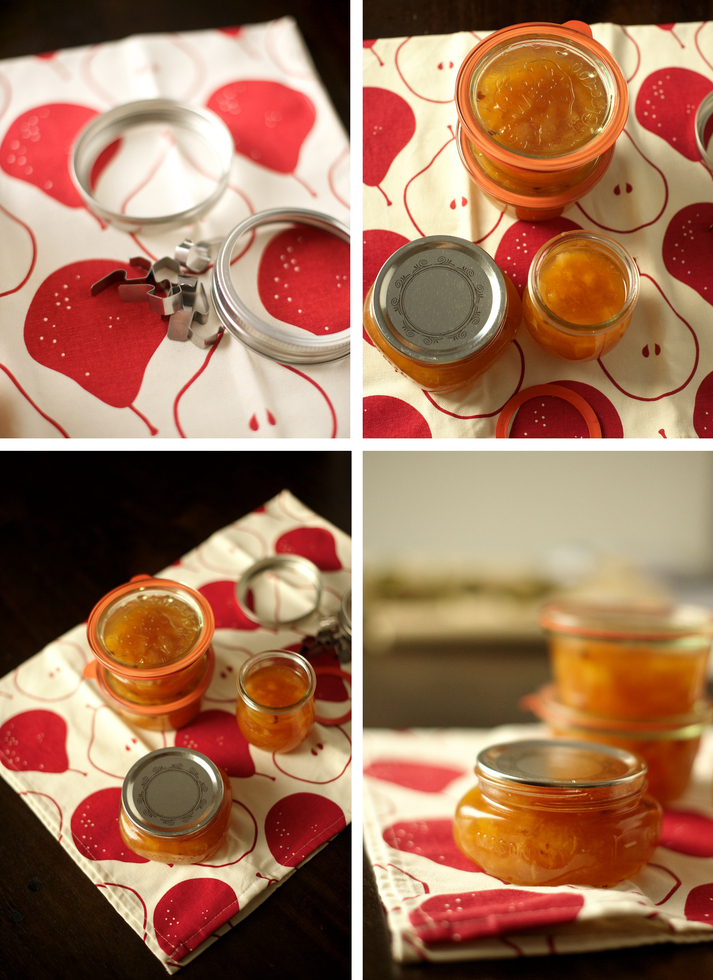 This marmalade was a two day "adventure".  I boiled my pears for several hours and then let them finish dripping into pear juice overnight (exactly like making jelly).  The next day, I combined the pear juice with the chopped up lemons.  I then committed my second, and fatal, error.  I didn't add enough sugar!  My rationale behind THIS mistake was that I'm trying to cook with less sugar and previous jam recipes had responded well to sugar modifications.  Marmalade isn't as forgiving.  A proper marmalade depends on an accurate-to-the-T ratio of sugar to citrus.  Instead of putting three cups of sugar in, I measured out two. 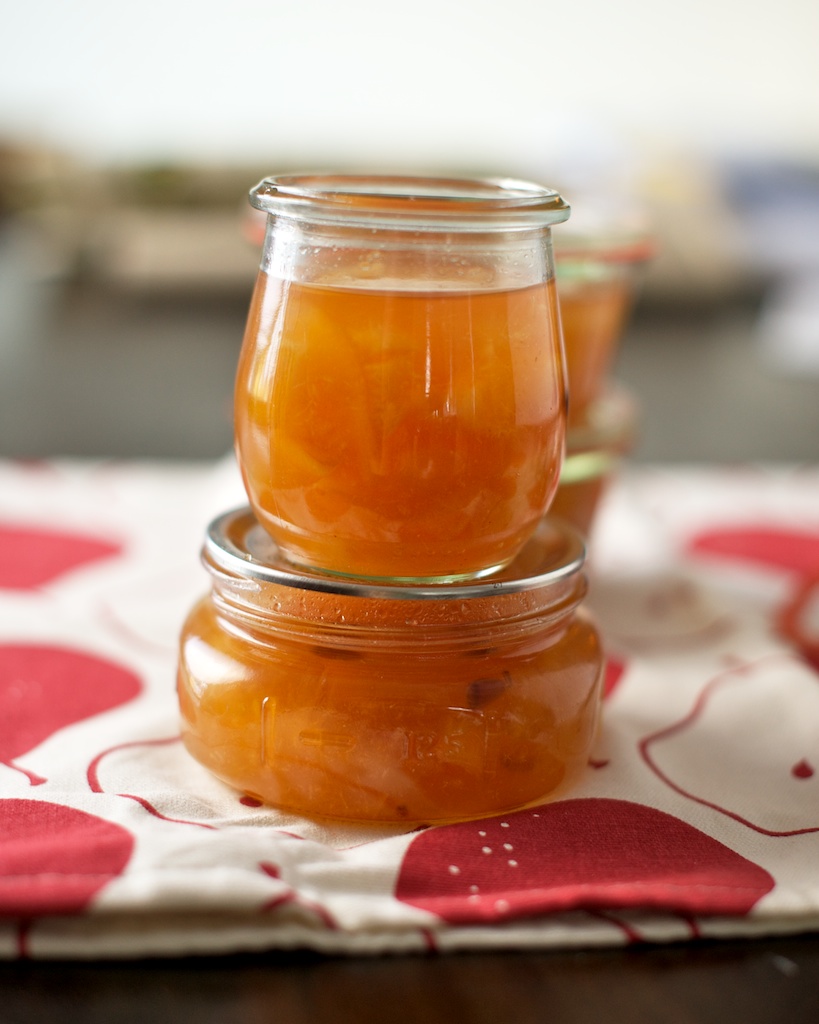 And what happened?  Well, I boiled the mixture for hours, desperately waiting for it to start to foam.  Eventually it foamed, but it never reached gel point.  Reluctant to keep my burner on any longer, I turned off the heat and poured the mixture into jars.  Half of me was hopeful that the mixture would somehow partially solidify.  The other half of me knew it wouldn't, but was hopeful that it would taste good enough to be used as a syrup over ice cream or pancakes. 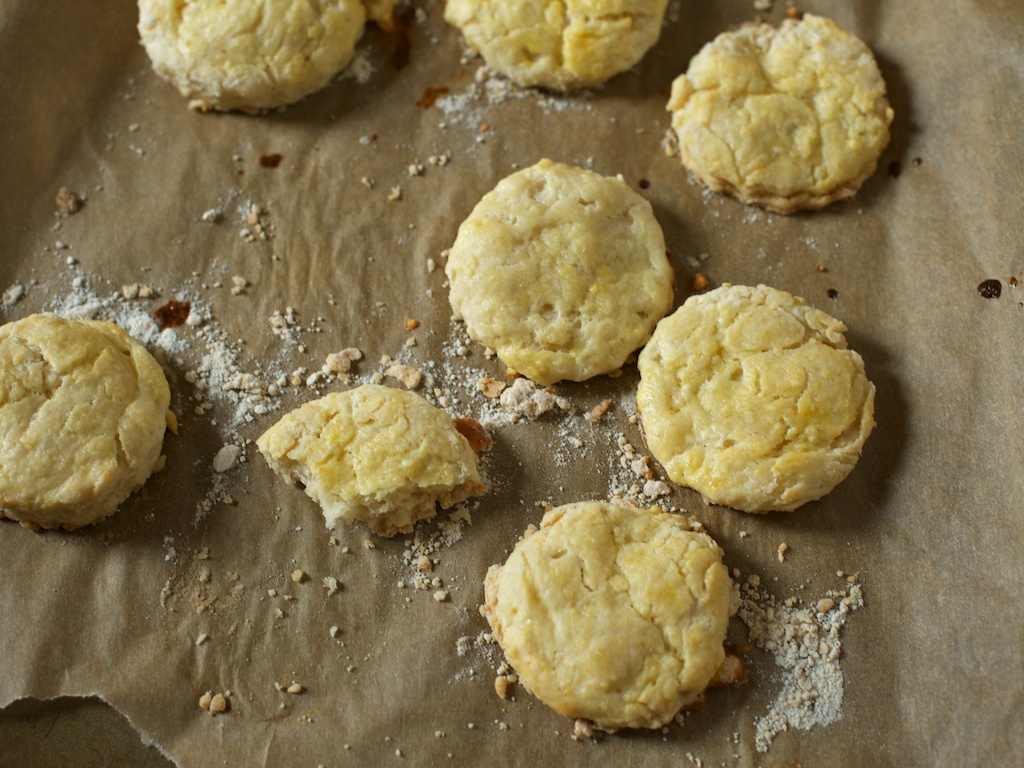 After I sealed the lids using the oven process, I let the jars sit overnight.  I eyed them in the morning and could tell that they were still more liquid than solid.  I then tasted a spoonful and was less than impressed.  The lack of sugar (and I'm sure the sub-par supermarket lemons) was obvious. 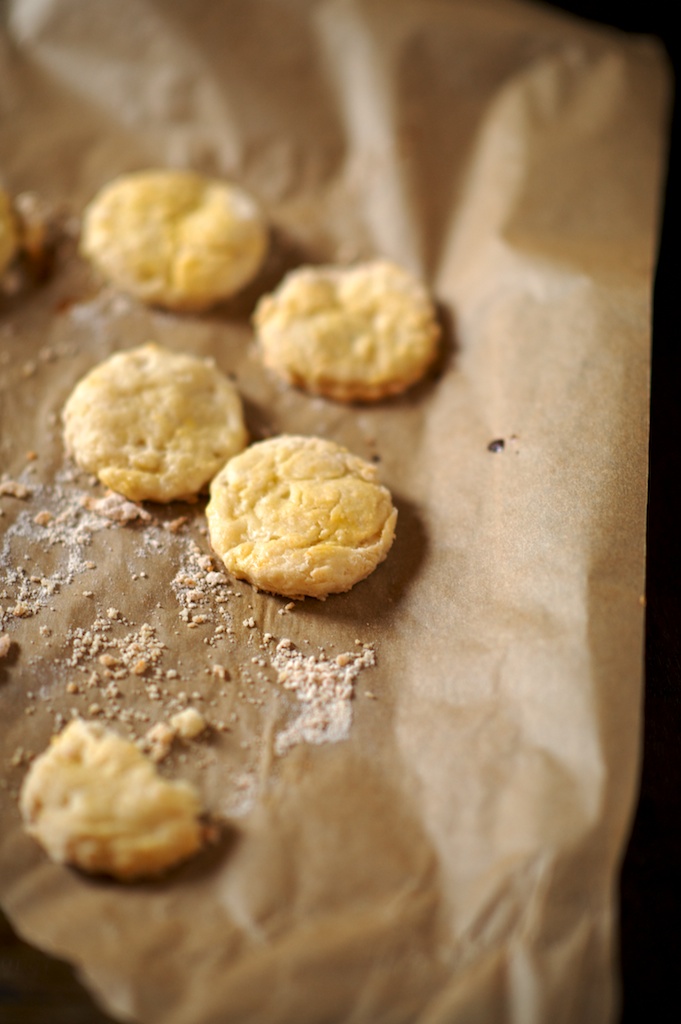 The one positive from this whole experience is that every single jar sealed properly.  In fact, one Weck jar sealed so well that when I pulled the little red tongue, the glass lid shot across the room and shattered (like I said, this was a difficult experience!).

I might return to marmalade-making one day this winter, but my next preserving project is one that I already know I'll like:  apple butter. 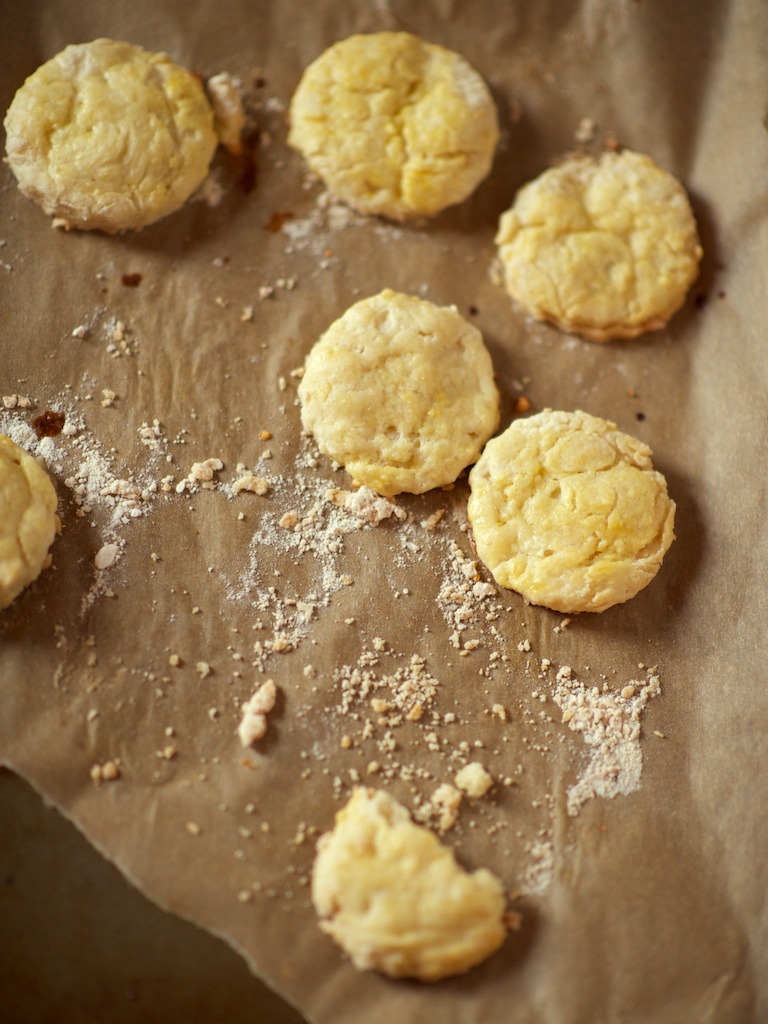 Oh and all of these biscuit pictures?  I made biscuits to go along with the marmalade.  Luckily, the biscuits tasted just fine on their own.