If you and I closed our eyes and simultaneously thought of summer foods, I bet we'd come up with similar lists: tomatoes, corn, peppers, watermelon, beans. But what kind of bean comes to mind? Until this summer, I would have said a standard green bean. After this summer, I'd say a romano bean. 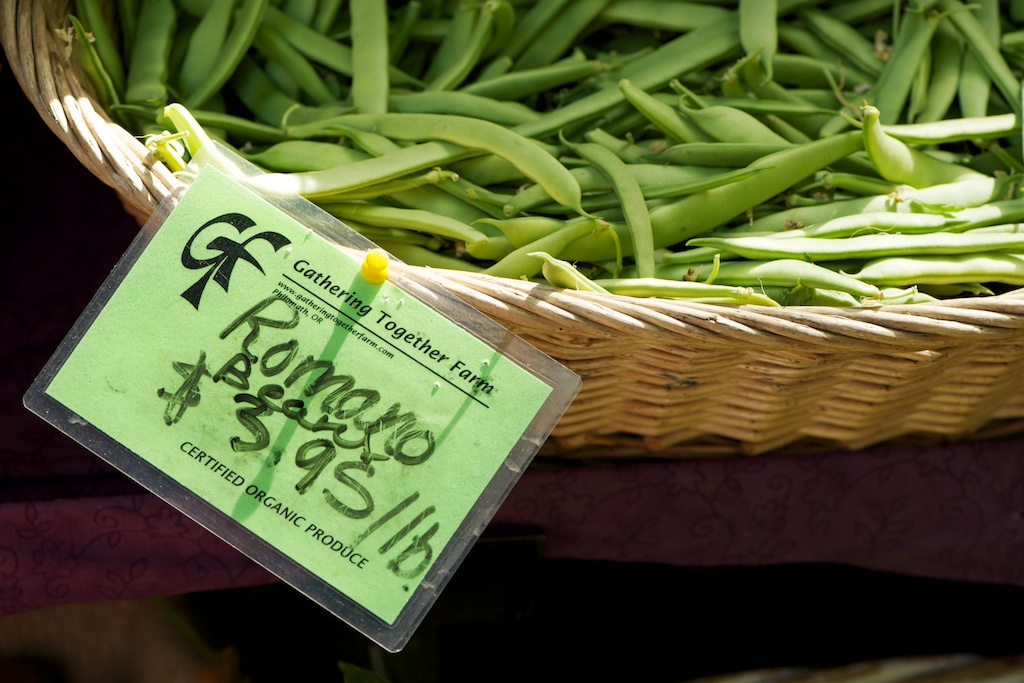 All beans belong to the legume family, along with peas and certain flowers. Some beans are bush beans (which produce much of the crop at once without staking), while others are pole beans (which need a trellis and have a longer harvest).

In the last few weeks, I've encountered baskets of romano beans at nearly every farm I shop at. They looked vaguely familiar to me, like a fava bean's flatter cousin. I may have eaten them out at a restaurant, but I know that until last week, I'd never cooked with them at home. 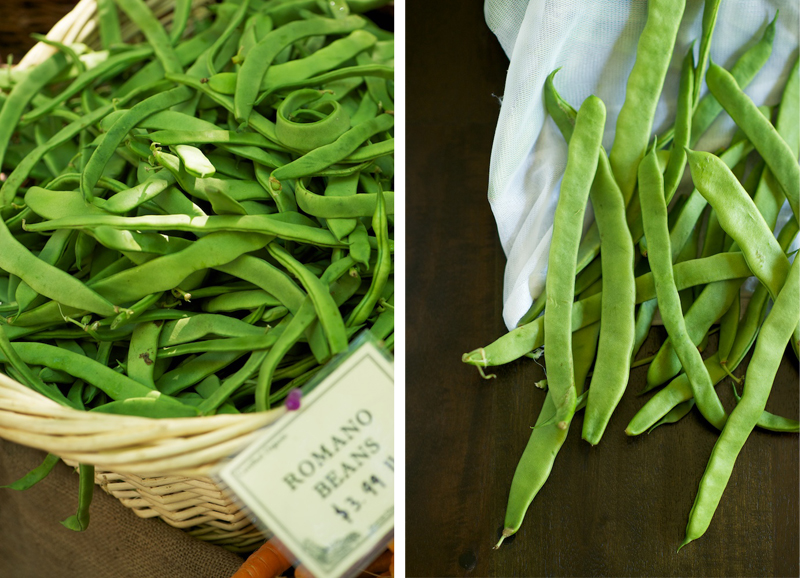 Because they originated in Italy, Romano beans are known as the Italian green bean. They're wider and flatter than a standard pole bean, growing to around 7 inches in length.

If it's acceptable to use the word 'chunky' as a taste descriptor, I'd use it here. Romano beans taste full-flavored, with a velvety texture akin to a fava bean. 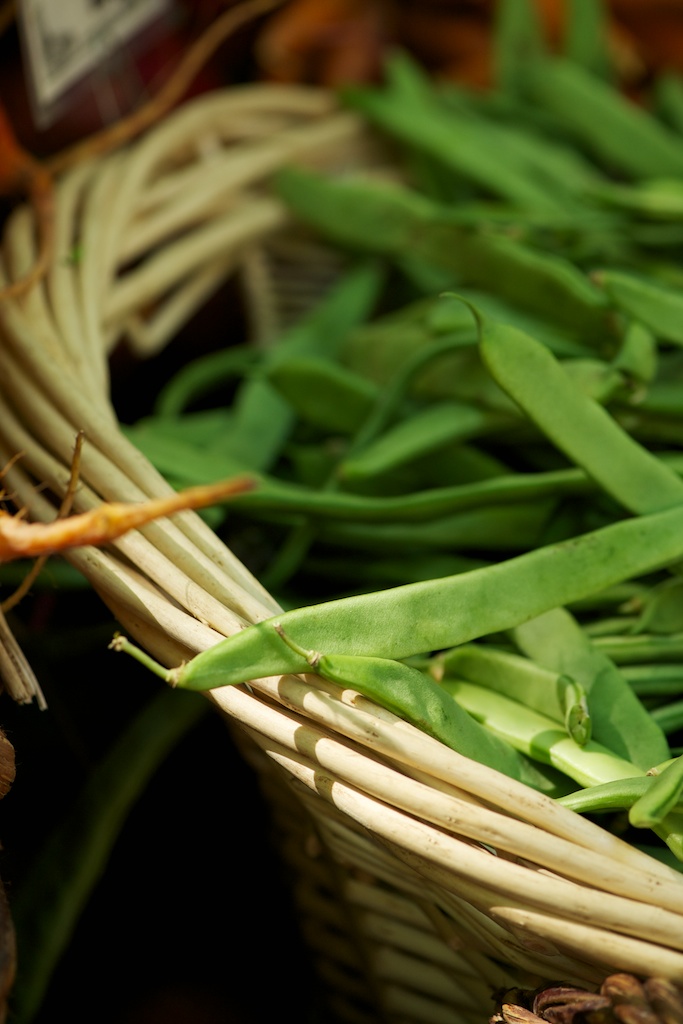 As with nearly every vegetable, buy crisp beans that are free of soft spots and appear 'perky'. Like most beans, romano beans don't respond well to cold temperatures. Store the beans in a ventilated bag and use them within a few days.

Romano beans require very little preparation. Trim the ends before choosing your cooking method. If you want to retain their snappiness, blanch the beans for several minutes before transferring them to an ice bath. You can then toss the beans with olive oil and salt. Overcooking will turn the beans into a mushy consistency--this may actually be the consistency you're looking for! Italians love to braise romano beans with tomatoes, creating a soup like dish. 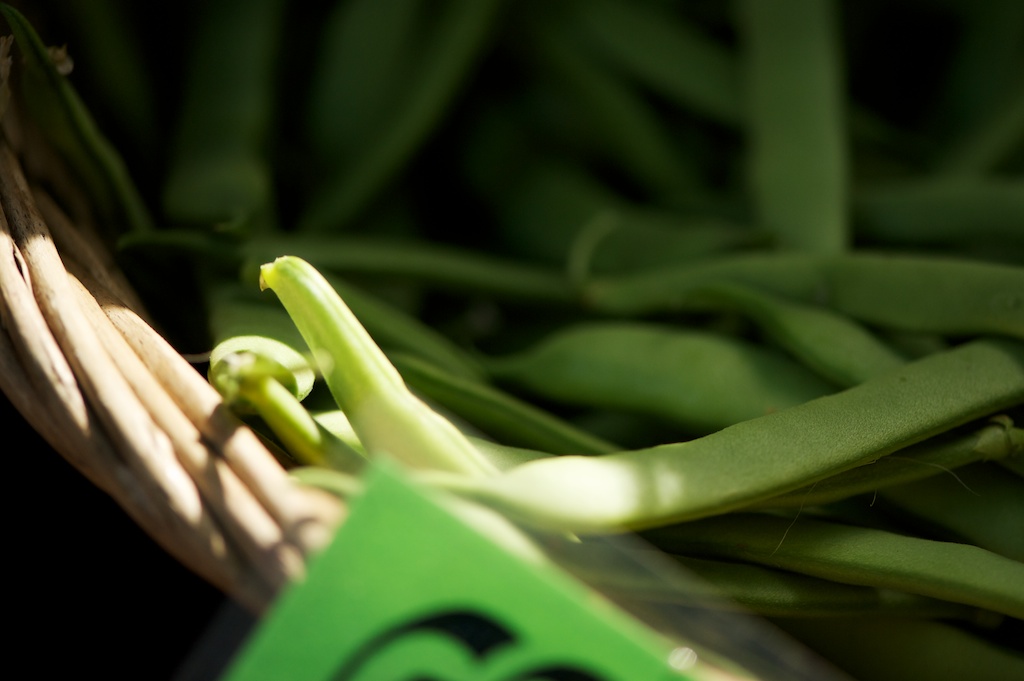 Romano bean seedlings are planted outdoors after the last chance of frost. The beans are available on the West Coast from August through the end of September. Pole beans only need to be sown once; as long as they're picked consistently, the plants will yield until the first frost.