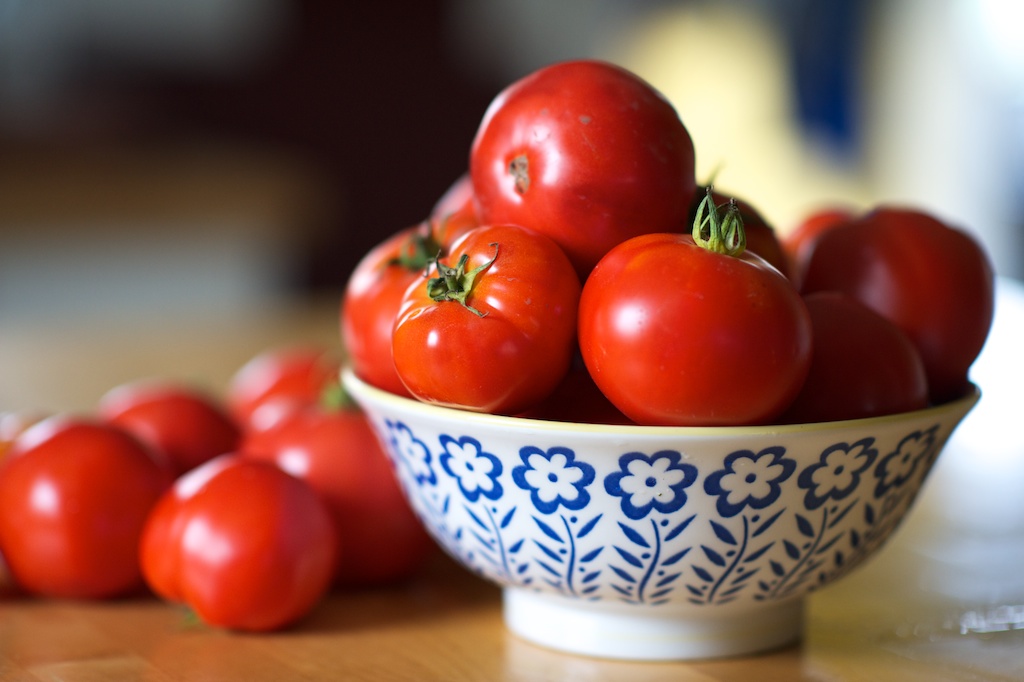 Two summers ago, this tomato jam recipe transformed me from a canning dabbler into a canning convert. In January of 2011, while still living in Brooklyn, I rather abruptly decided that I was going to be a “canner”. This impulse stemmed from an innate drive to become more self-sufficient, to further my awareness of seasonality, and to invest myself in “creating”. Though I express my creative side through photography, I remain envious of crafters, knitters, and those who can quickly sketch a believable (or silly) image on a whim. My sketches are the same as they’ve been since I was 7: tulips, a rudimentary house, and a sun. So on a secondary level to seasonality and self-sufficiency, my decision to preserve allowed me to access a different side of creativity, and to share my creations with others.

As I taught myself the intricacies of canning – from pectin amounts, to jar preferences, to flavor combinations, to ensuring accurate seals – the reality of preserving food seemed more stressful than I’d envisioned when I was sitting on my couch in January, thumbing through expertly photographed books. 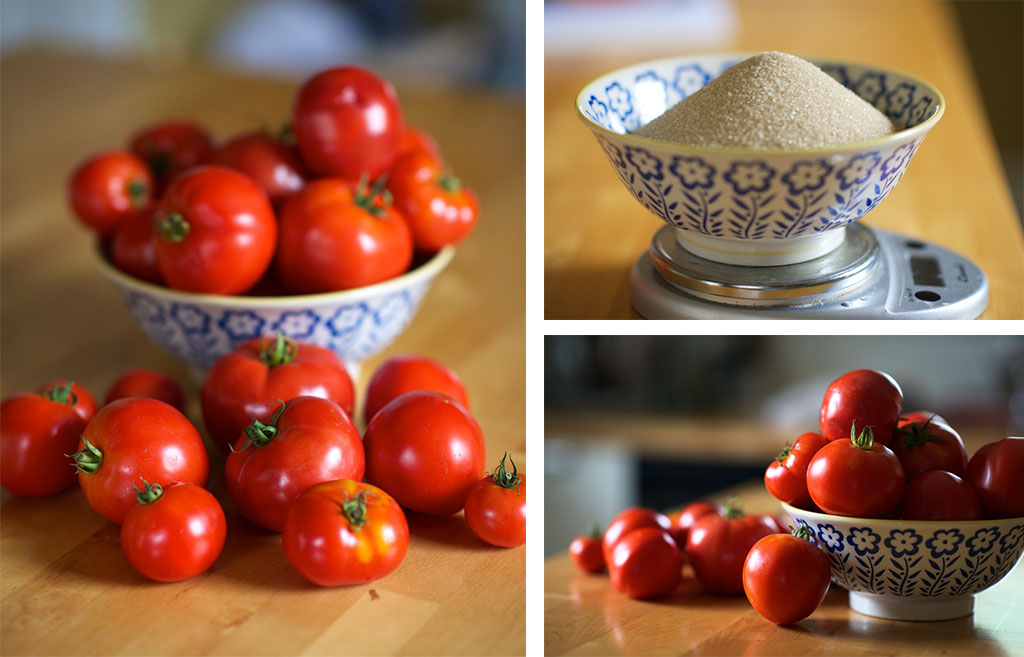 My hours spent canning in our galley kitchen that spring and summer were tinged with doubt; my arms were singed with boiling water and sputtering jelly lava. While each successfully sealed jar felt high-five worthy, I wasn’t awed by any of the flavors I developed, and I was continually frustrated by the water bath process. Every time I lowered jars into the canner, half would fall over. Or the handles on the canner would fall into the boiling water. And then when I’d retrieve the jars, warned by numerous sources to disturb them as little as possible, I’d inevitably tilt them or shake them while simultaneously scalding my forearms.

Mishaps aside, I never felt compelled to abandon home preserving that summer, but I did wonder if it would become as enjoyable as my books promised (and I know my husband wondered when he’d be able to walk into our kitchen when I was canning without being met by a wincing face and pleas to “leave the kitchen until I was done”.) 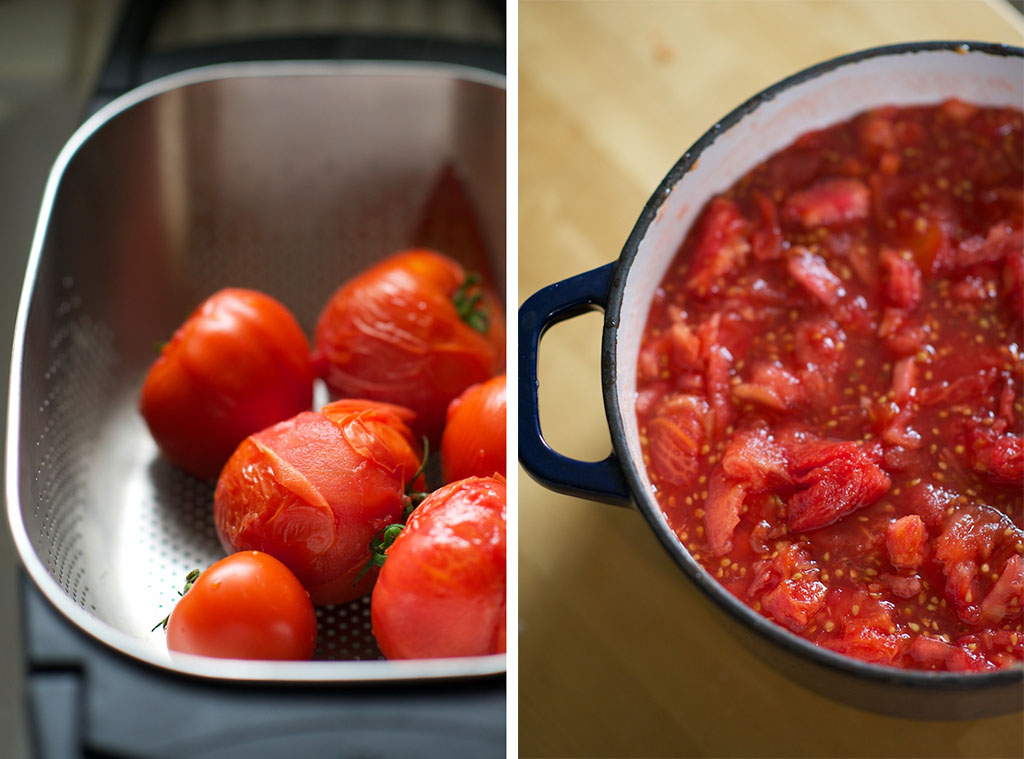 I credit this tomato jam for diverting me from a lifetime of scalding arms and mediocre creations. With this jam, I switched from water bath canning to oven based canning, via Rachel Saunders’ Blue Chair Jam cookbook. This is the method I write about with all of the canning recipes I post, and it started with this jam. Instead of dropping jars in water and steaming up the kitchen, I began to sterilize and seal them in the oven.

And, just as monumentally, this jam was the first jam I made that elicited reactions that made me want to create more concoctions just so I could hear that same excitement. That year both of our parents visited us for a final Thanksgiving in New York before we moved to Portland. The turkey was cooking slower than anticipated, so in an attempt to ward off crankiness, we pressed paninis with a recent batch of tomato jam. And though everyone knew they were about to eat a massive, nap-inducing dinner, no one could resist asking for another panini, professing unhindered and spontaneous compliments about the jam. 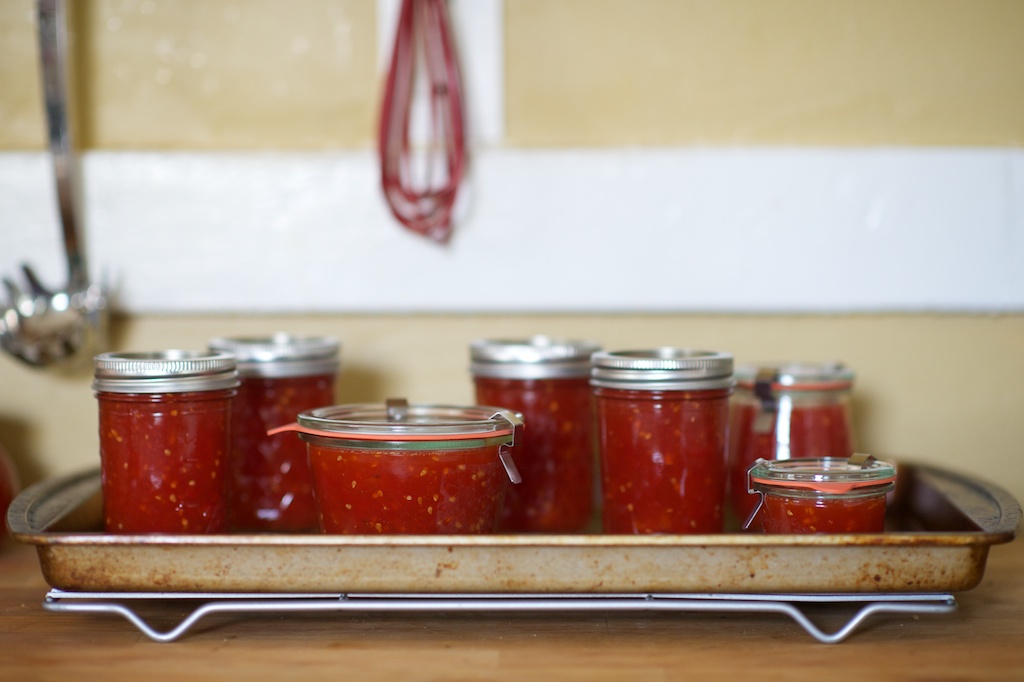 Canning is no longer the stress-inducer it used to be. This change partially comes from experience and maturity. But I also credit this jam for allowing me to find a calmer path. Though canning on a 90 degree day will never be relaxing, it’s no longer “get out of the kitchen!” stressful. I now have a 99.5% success rate with seals, and I’m starting to expand on tried-and-true recipes to draw the peak flavor out of various fruits. 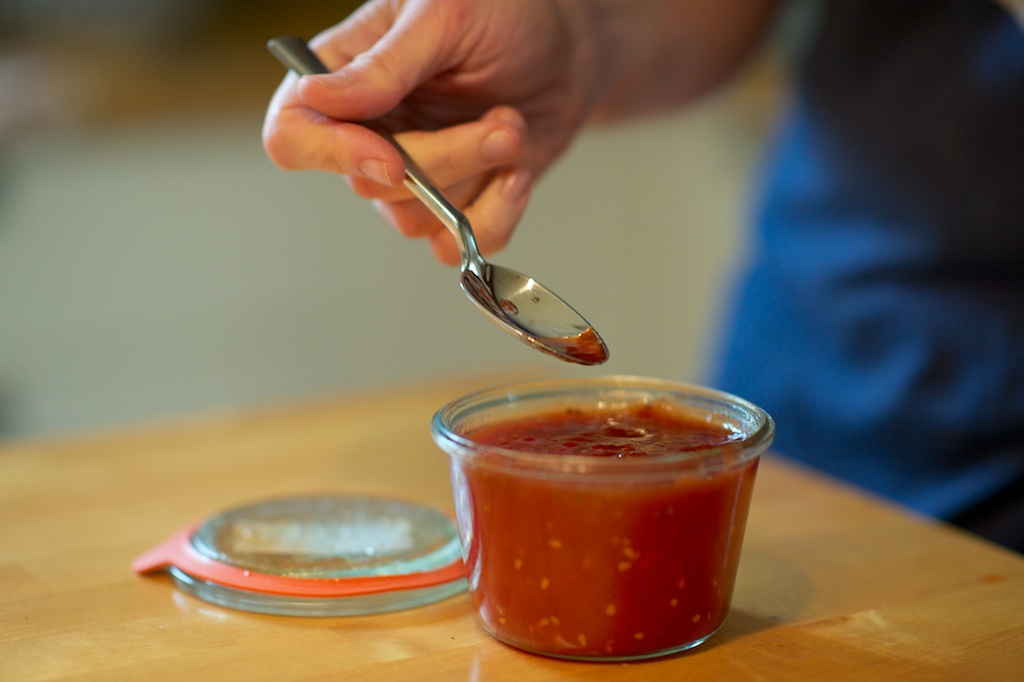 I have no plans to let a summer pass without making tomato jam. Stirring the boiling pot feels like a fitting conclusion to a summer well-spent (and well-eaten). And I know from experience that slathering this sweet and savory jam on freshly baked bread will automatically improve a dreary February day.

Remove the jars from the oven, keeping them on their sheet(s).  Put the sheet on a wire rack and cool them overnight.  Test the seal and place any that didn’t seal into the refrigerator.  Store the rest in a cool place for up to 1 year.