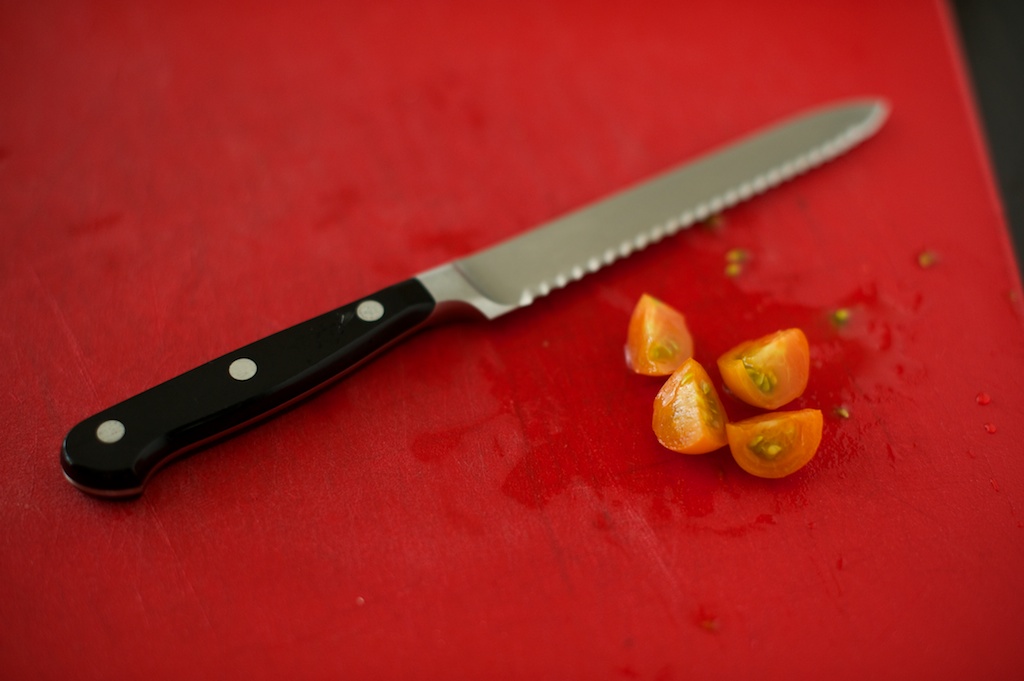 There are hundreds of varieties of panzanella, the classic Italian tomato and bread salad. Over the past few summers, I’ve assembled a handful of slightly different salads, but I wanted to share this one because it features – what else? – quinoa. 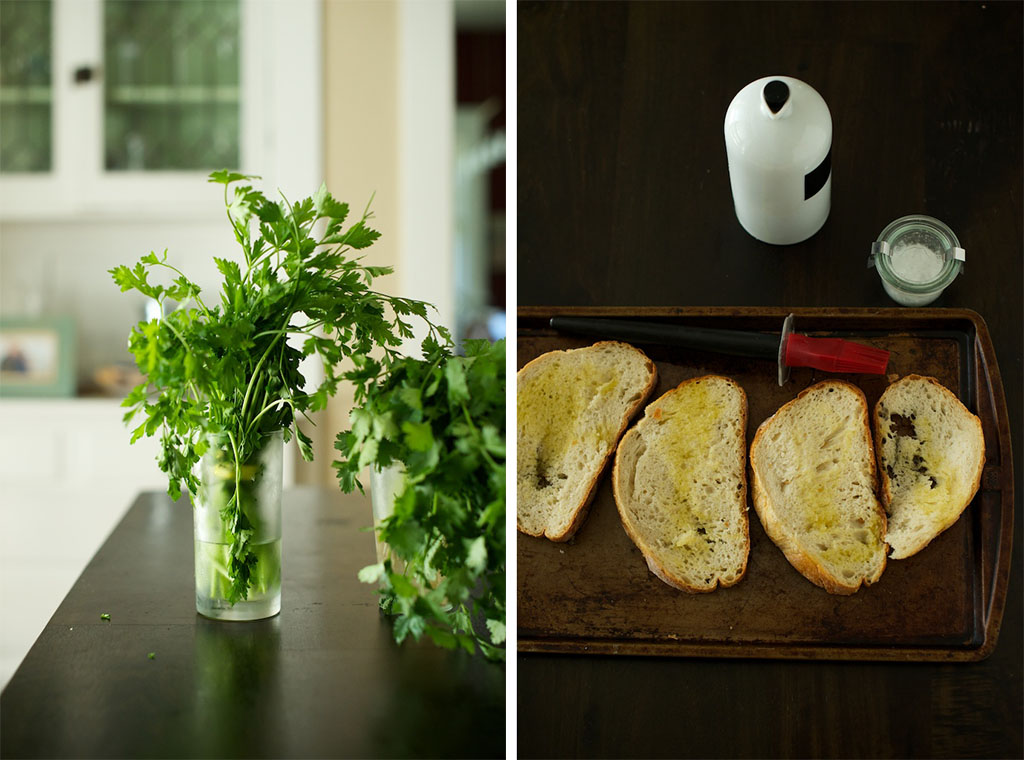 Each summer, I completely forget about the existence of panzanella until the thermometer hovers around 90 degrees and my answer to “what do you want to eat tonight?" switches from a decisive pronouncement to a moan of “I’m hungry but I’m too hot to eat. All I want is watermelon." Well, watermelon wasn’t an option last week, but panzanella definitely was. Panzanella is a leftover dish disguised as a refined salad. Italian peasants and farmers created it as a way to use up their crusty, slightly stale bread.

I’ve eaten mustardy panzanella, briney panzanella, and one-note panzanella. Like most Italian recipes, don’t bother making this dish with bland tomatoes and chewy bread. Because stale bread is the rule of thumb here, recipes tend to soften the bread in two main ways: either by soaking it in water, before squeezing out the bread like a sponge, or by brushing it olive oil and toasting it in the oven for 10-15 minutes. Always an experimenter, Yotam Ottolenghi forgoes the standard “Tuscan” style bread for sourdough. The recipe’s added quinoa, which closely resembles pulsed bread crumbs, acts as a taste and visual unifier: it delivers an extra bit of depth to every forkful. 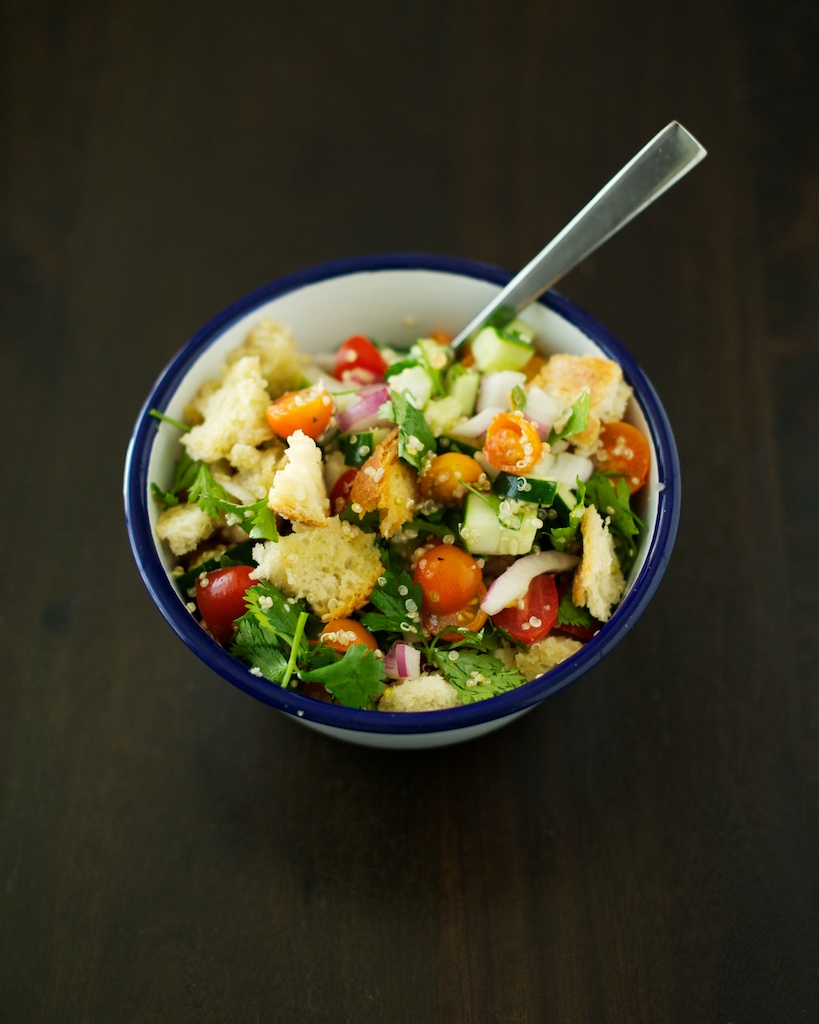