Copenhagen’s new year round food market, Torvehallerne, opened on Friday, September 2, 2011. We arrived in Copenhagen on the afternoon of September 3rd. Fortuitous timing! 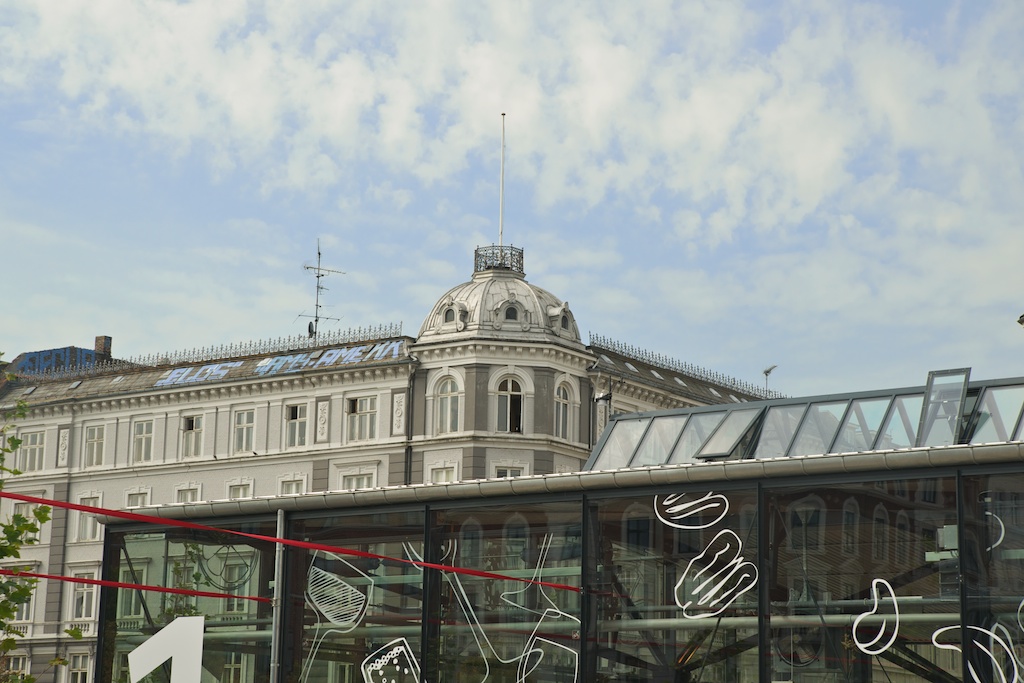 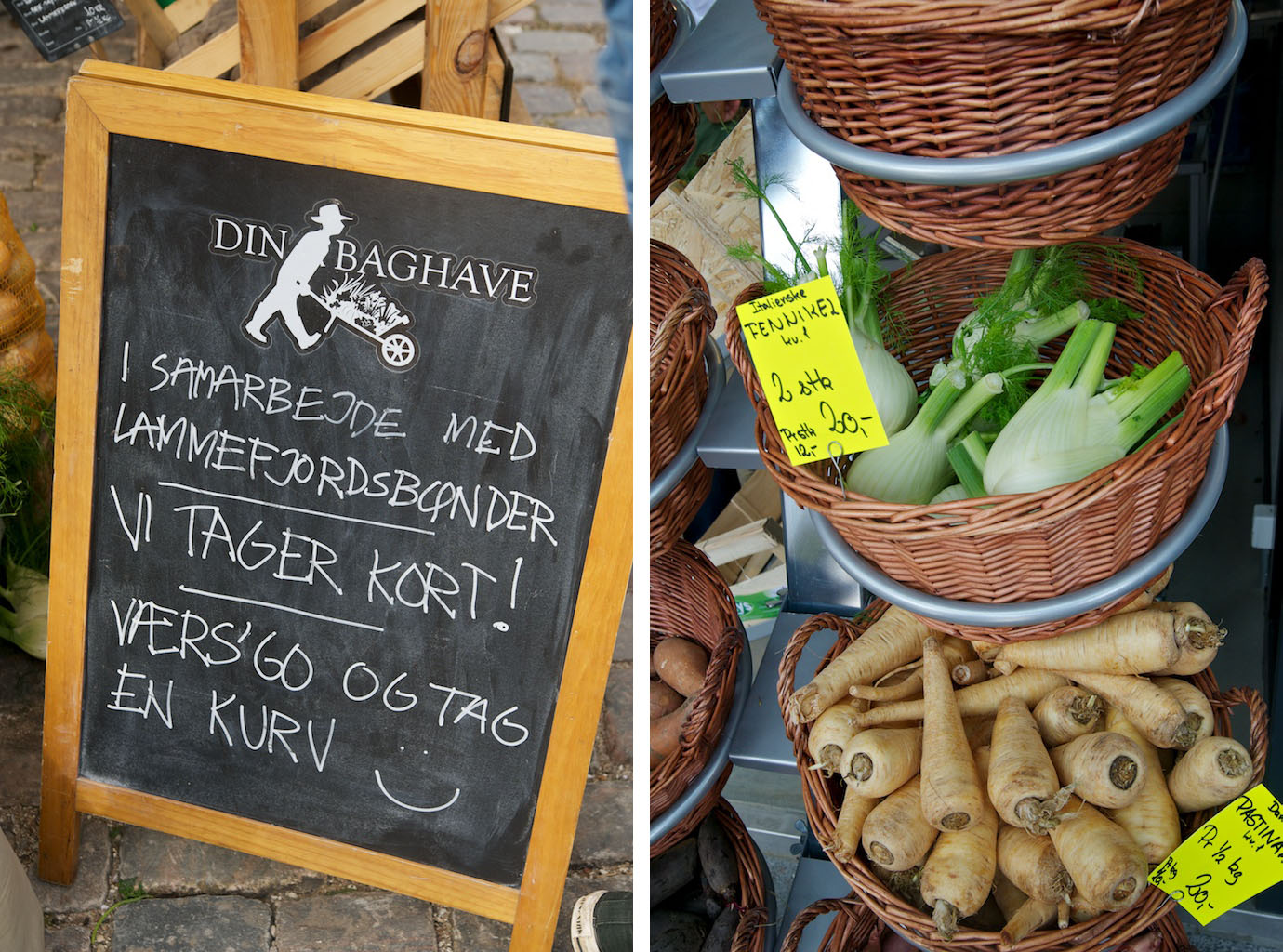 Before our trip, we’d kept tabs on Torvehallerne’s progress. Architect Hans Peter Hagen of the firm The Architectural Workshop of 1990 initially conceived the project eight years ago (fittingly enough, around the time I was last in Denmark). The project finally broke ground when, according to Denmark.dk, the development firm Jeudan gave the market its final boost by injecting 70 million kroner into the project. 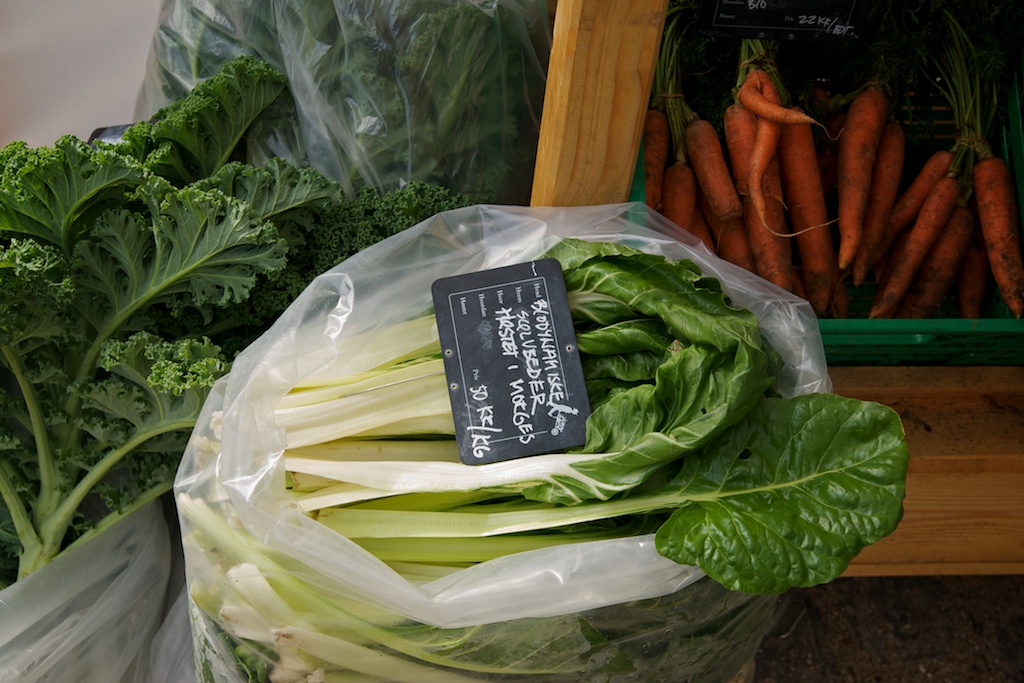 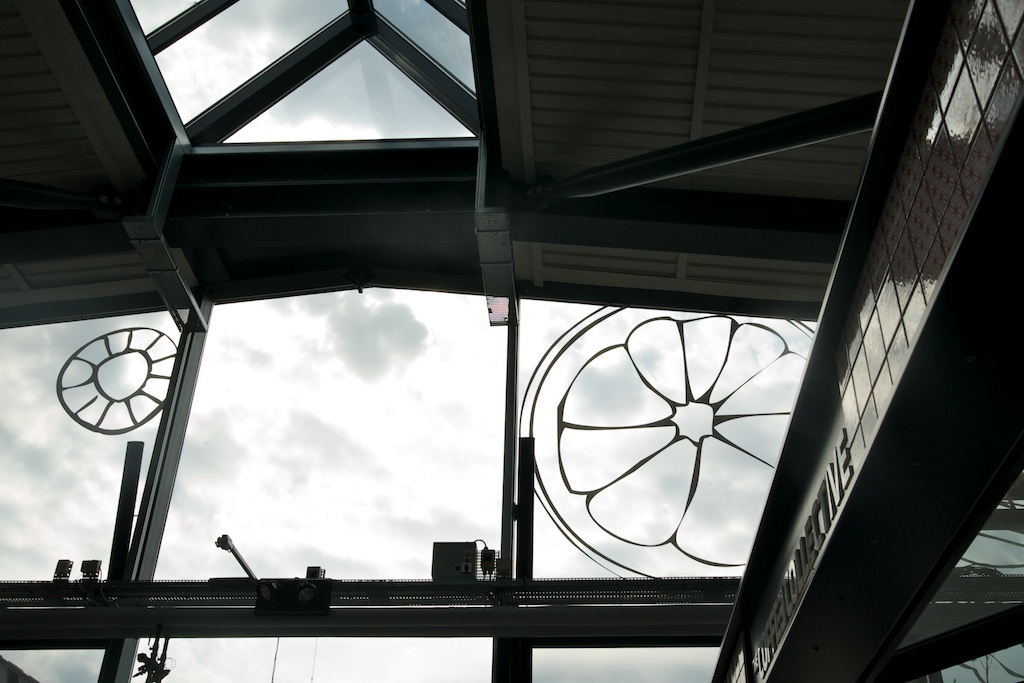 Torvehallerne sits in the heart of Nørreport, at Israels Plads, home to Copenhagen’s original fruit and vegetable market. Even after years away, I found myself vividly familiar with the train station and surrounding streets around Nørreport. When I was a student there in 2003, I’d take the regional (S-tog) train from Ballerup to Nørreport nearly everyday. After exiting Nørreport and pausing to take in the rows of bikes parked on every available surface, I’d walk five minutes to my school, which is located directly off of Stroget, the city's main walking street. 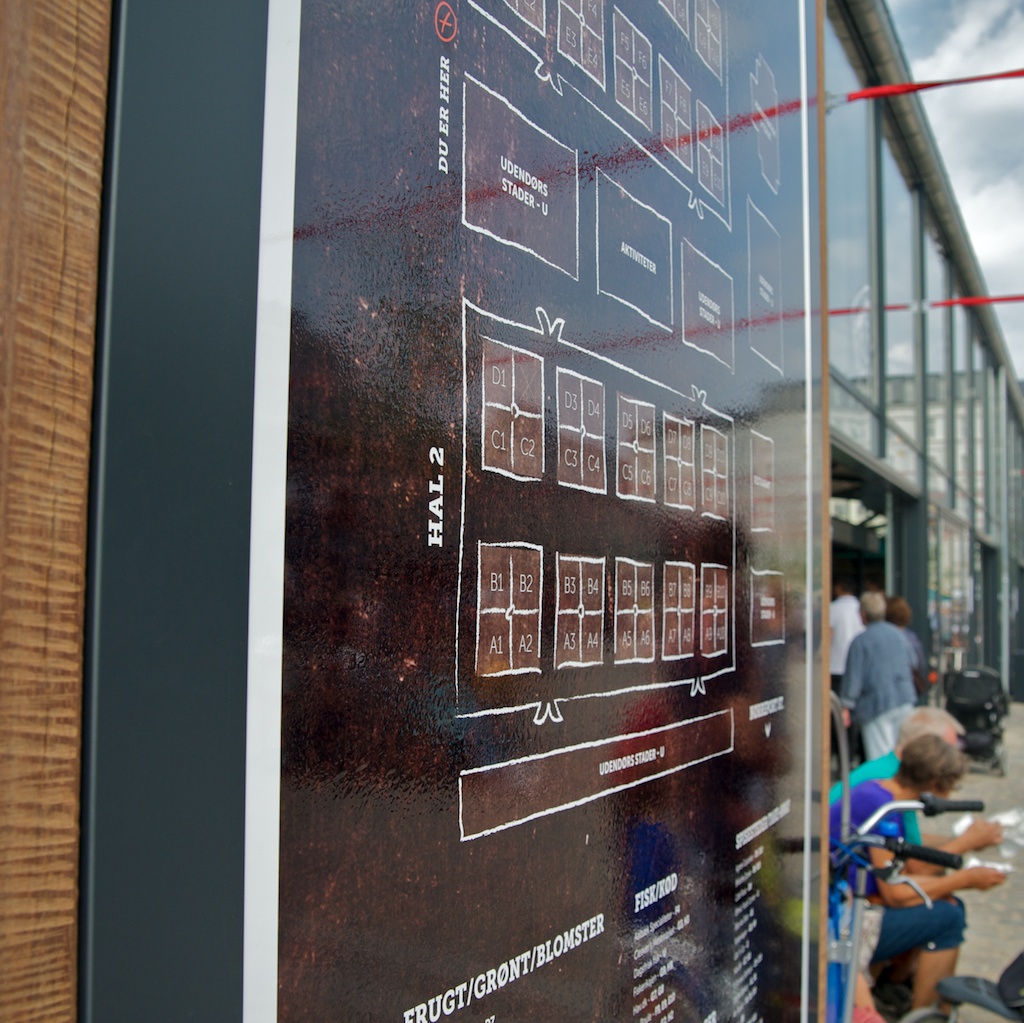 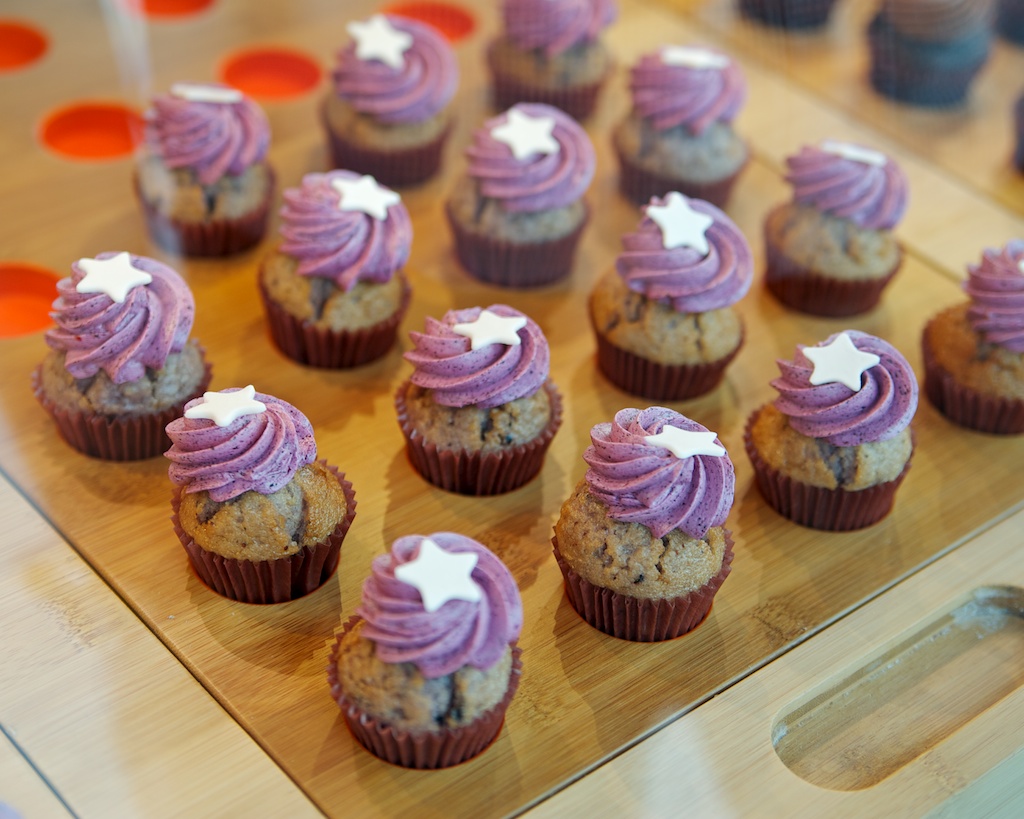 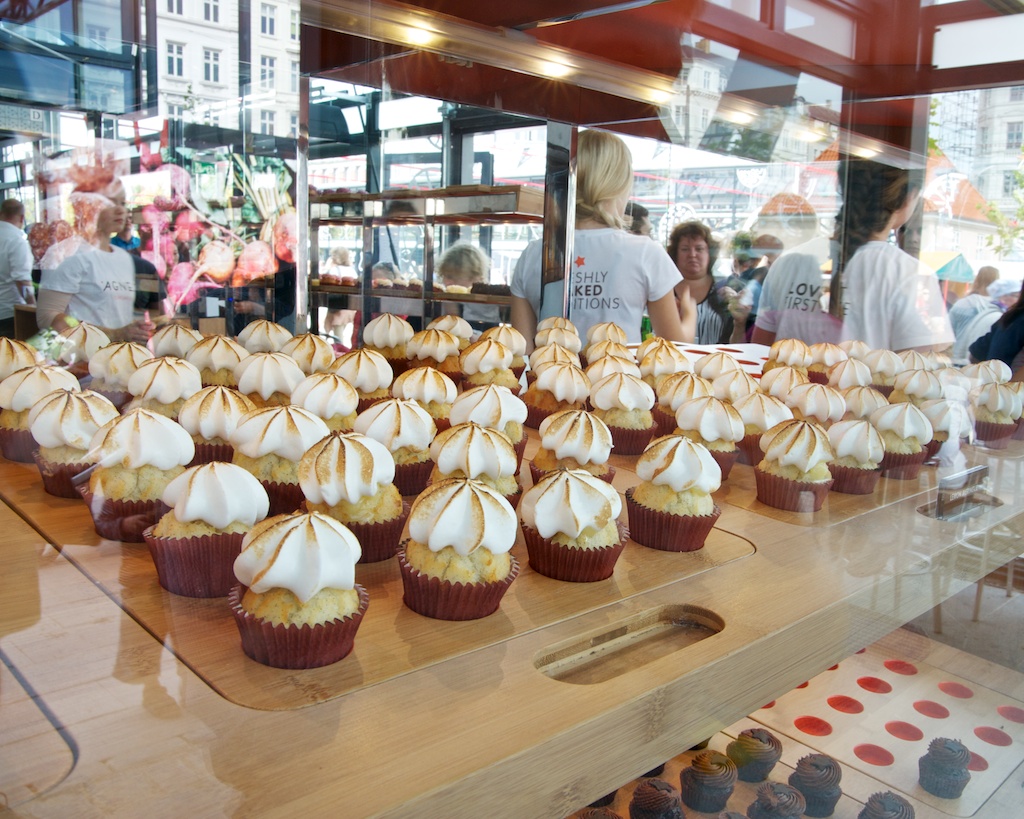 Torvehallerne sits in the middle of a transportation hub. Roughly 25,000 cyclists pass Norreport every day, not including the commuters using the Norreport train and metro stations. 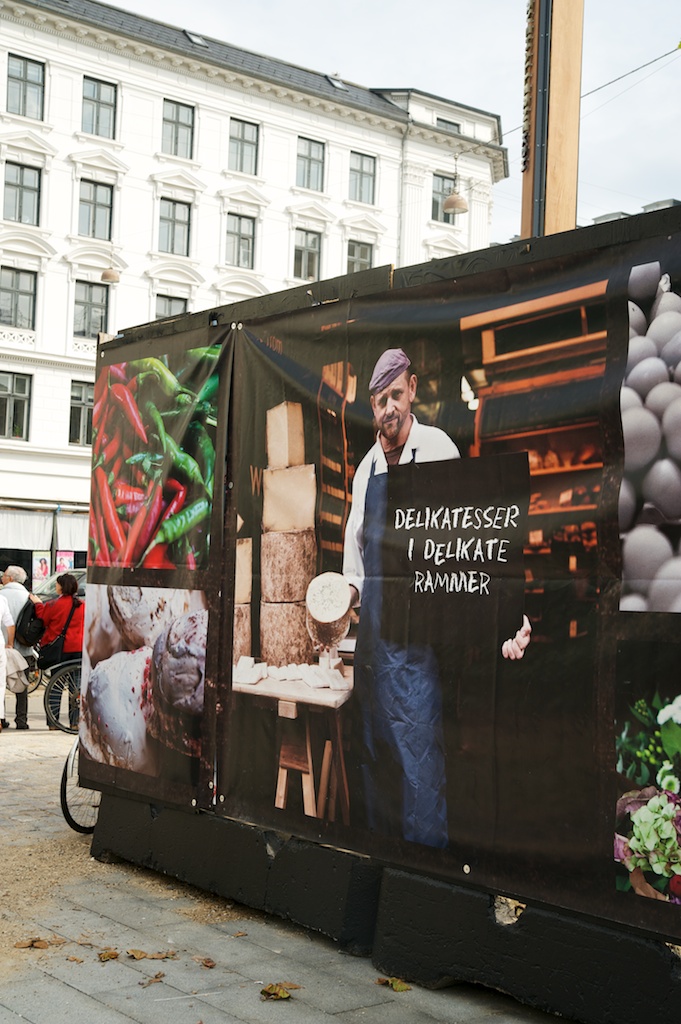 The market features two large glass buildings that are surrounded by several farmers’ stands and a scattering of benches. In fitting Scandinavian style, the glass buildings seem to sit on the square effortlessly; it’s hard to imagine the square without the market. The transparency of the glass provides an indoor/outdoor feel, even when you’re deep inside the market, surrounded by shoppers and visitors alike. 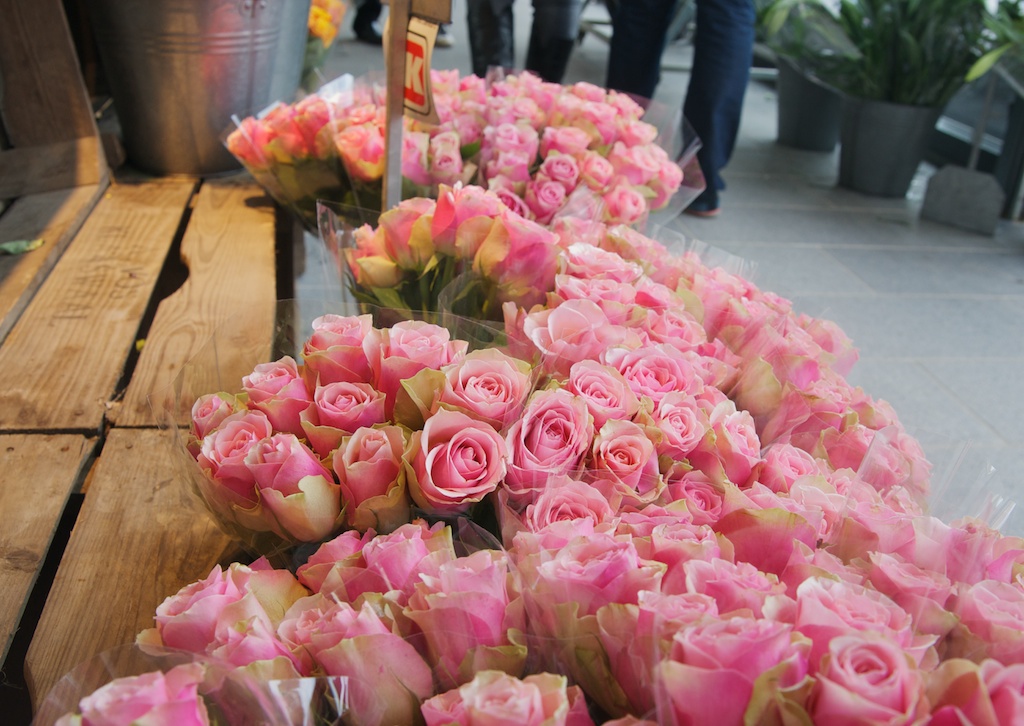 We visited on its third day of business and Torvehallerne bustled with families, couples, and curious passers-by. 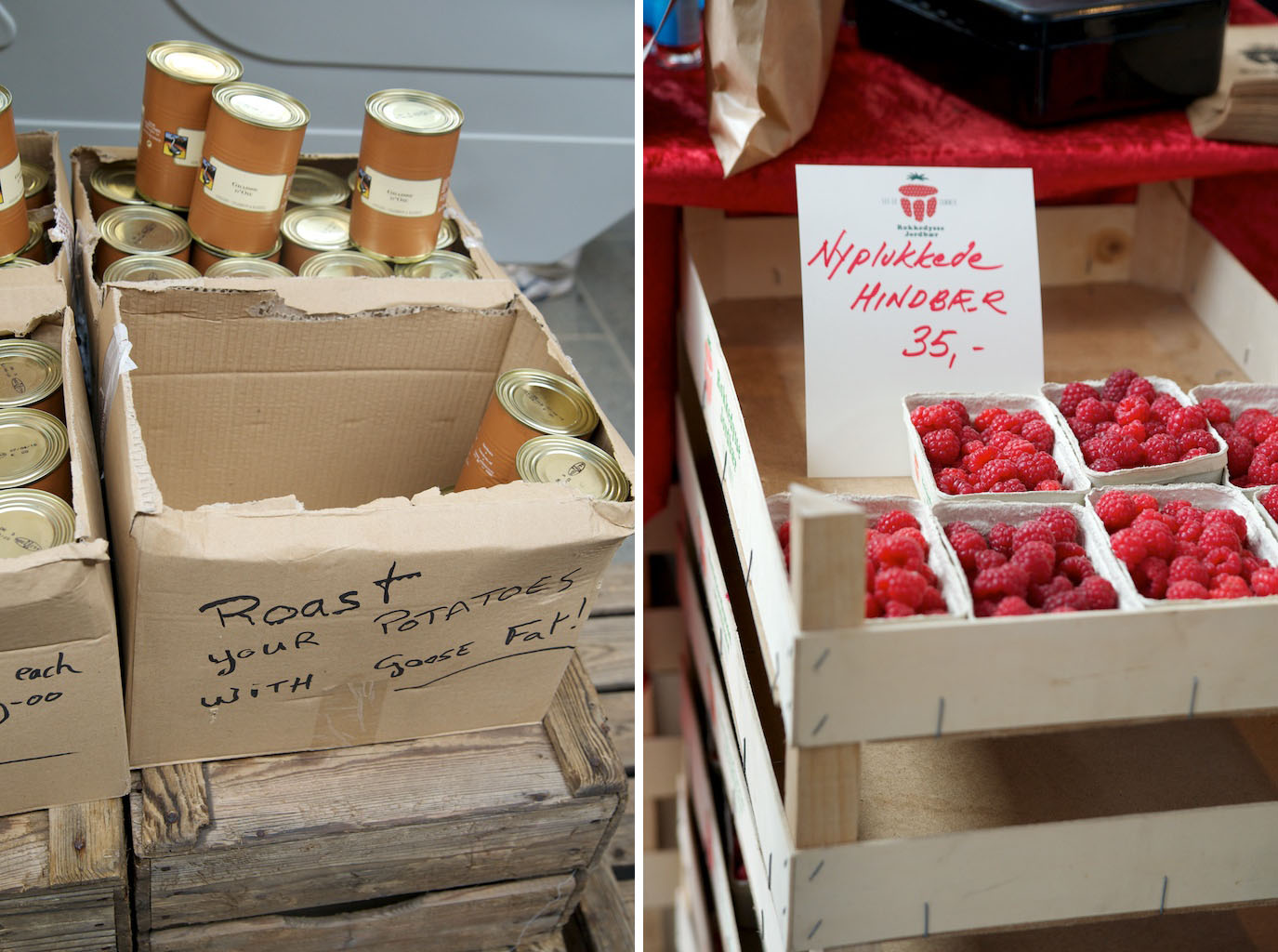 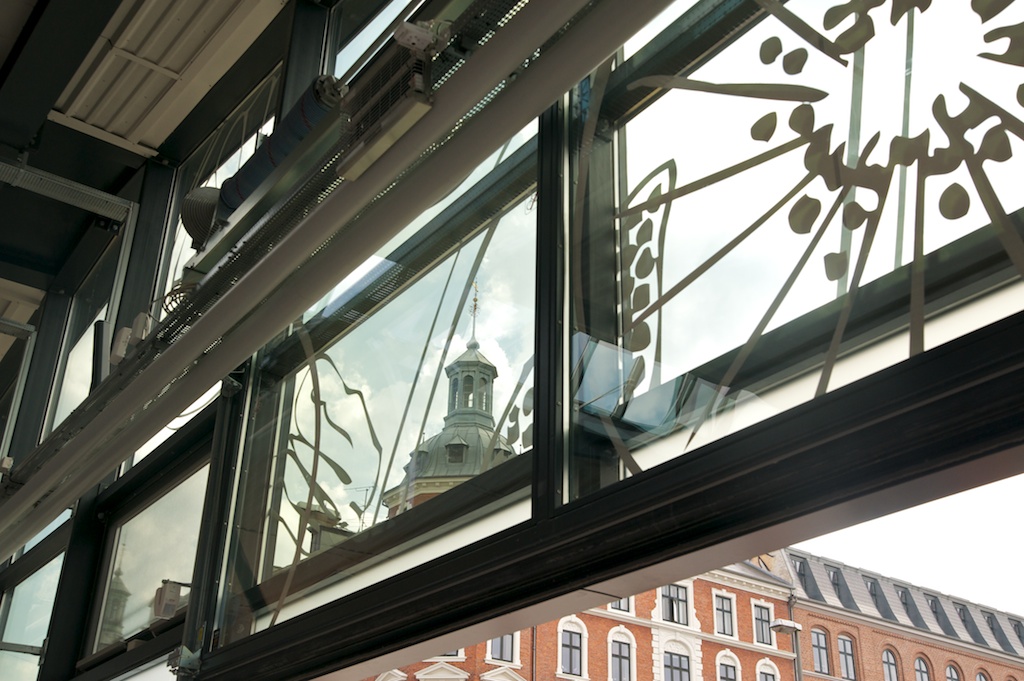 As is the Scandinavian way, shoppers formed polite queues at crowded stalls and made sure to check that it was their turn to order, instead of simply assuming. 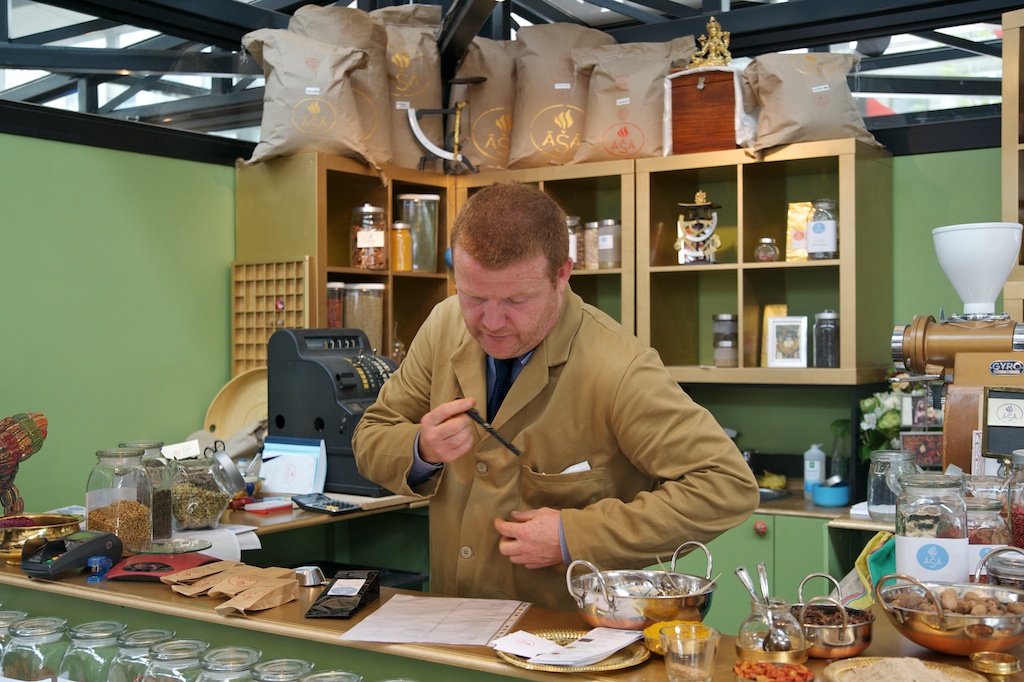 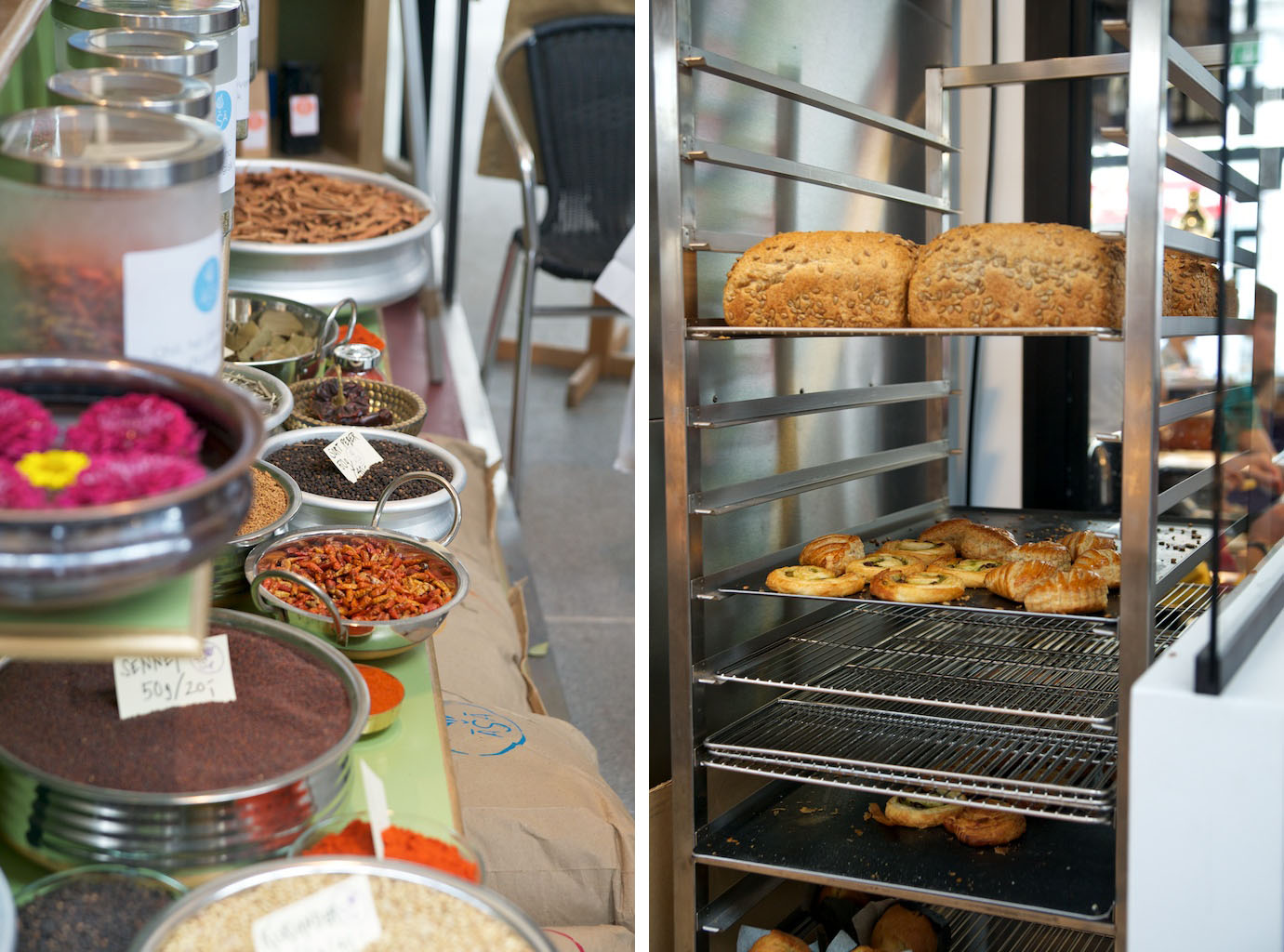 On our final day in Copenhagen, we returned to the market to buy flowers, coffee, and cupcakes (a winning combination, if ever there was one!). 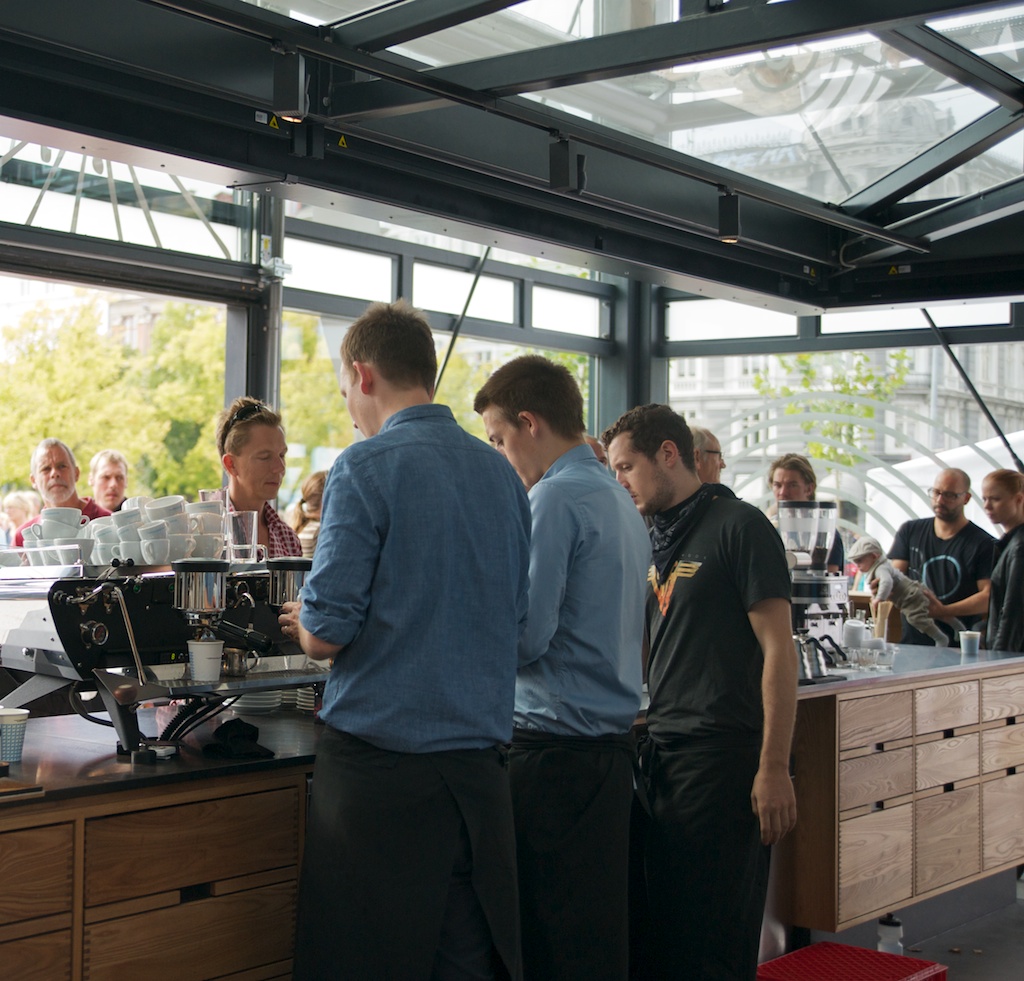 Torvehallerne is open every day, with varying hours (check their website). The general energy of the market goers and vendors indicates that the Danes have already embraced their new market. And really, why wouldn't they?! 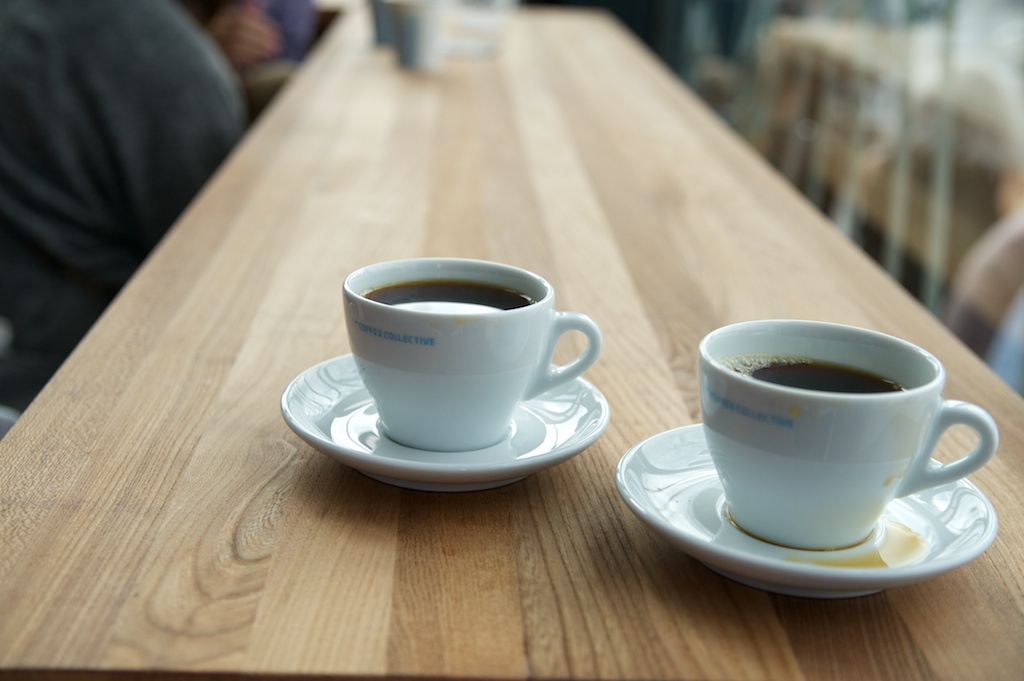