This past Saturday felt like our first spring-like Saturday of the year.  After visiting the Greenmarket, Justin and I walked over to the first outdoor Brooklyn Flea of the season.  We arrived late and the scene was like a very crowded amusement park where each ride already has a huge line.  The outdoor flea is held at Bishop Loughlin Memorial High School.  It's a perfect space for the vendors to spread around perimeter and create rows in the interior.  The food carts and food vendors line the back side closest to the steps--convenient for eating or taking a breather.  The Brooklyn Flea is also now outdoors in Williamsburg--I'd be curious to see if its arrangement is as organized as Fort Greene's. 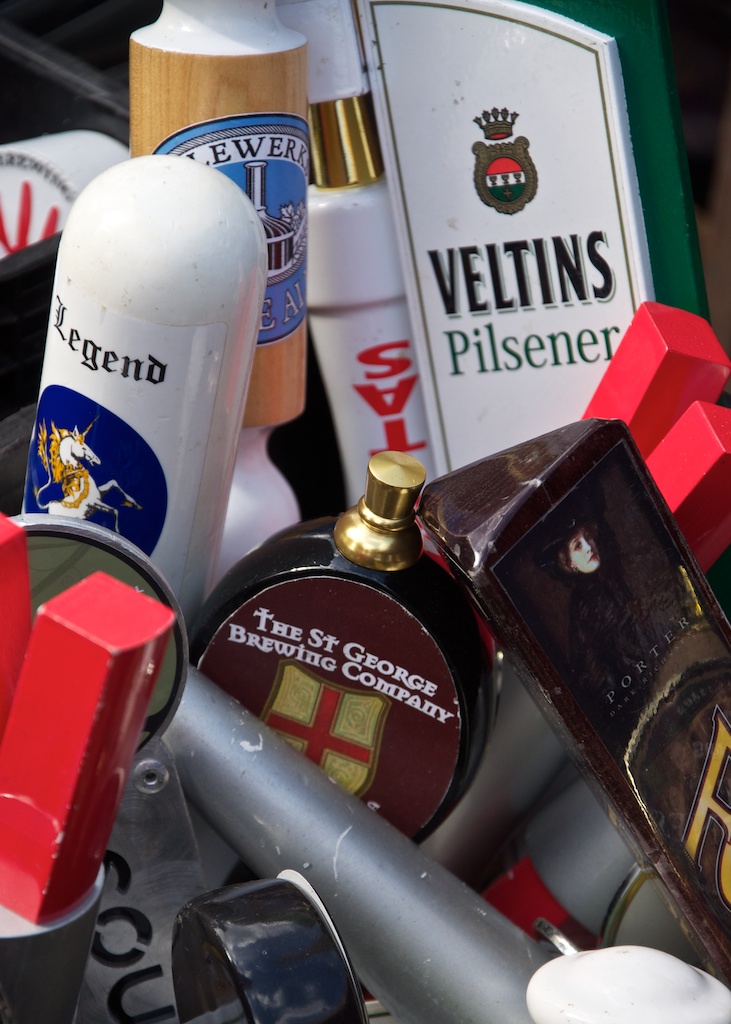 Because the Flea is on school grounds on top of a basketball court, there's a chain link fence that surrounds the entire thing.  On less crowded days, it makes sense--everything is self-contained.  On claustrophobically crowded days, like this past Saturday, you literally feel pushed to keep moving forward.  Almost like if you didn't move your own feet, it wouldn't matter--someone push you forward anyways!  No, I didn't see anyone gripping at the fences begging to be let out, but the lines and crowds were hard to move through (and even harder to take pictures in). 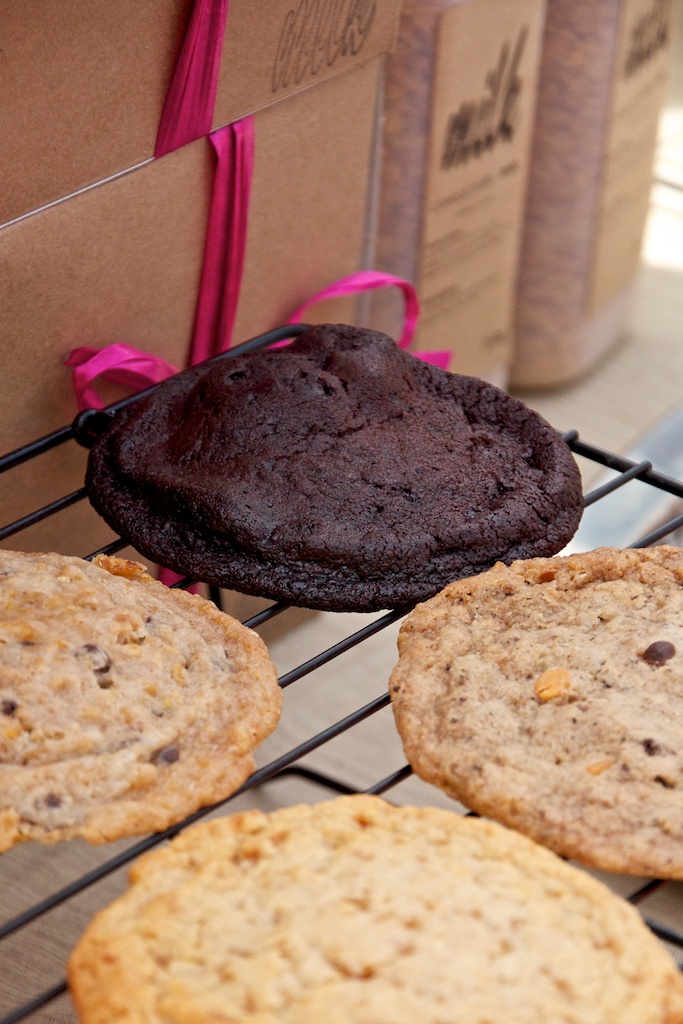 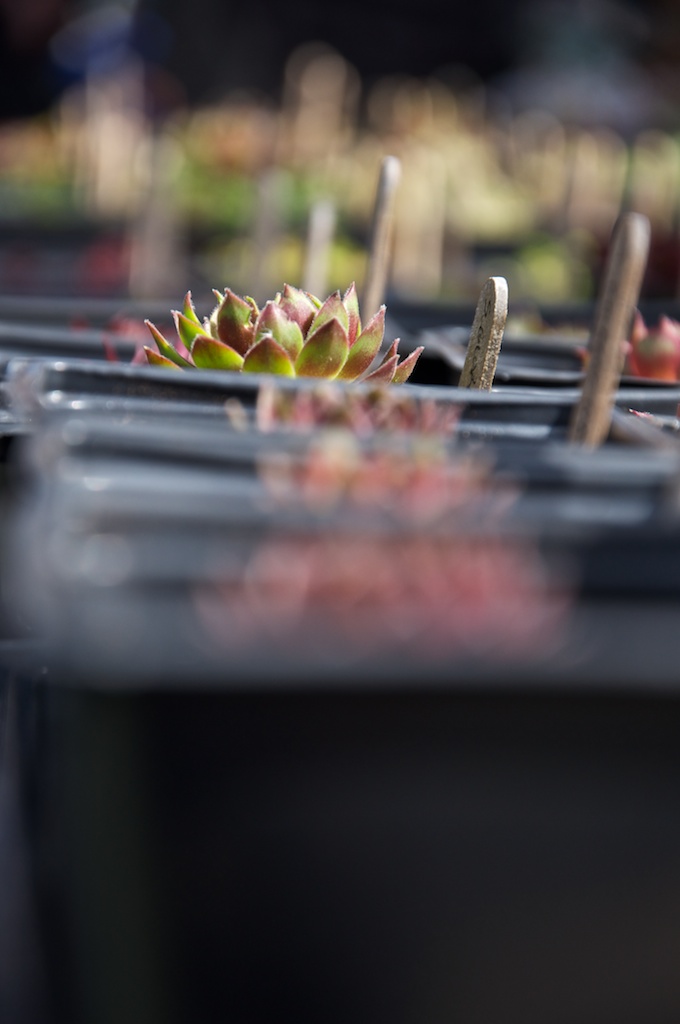 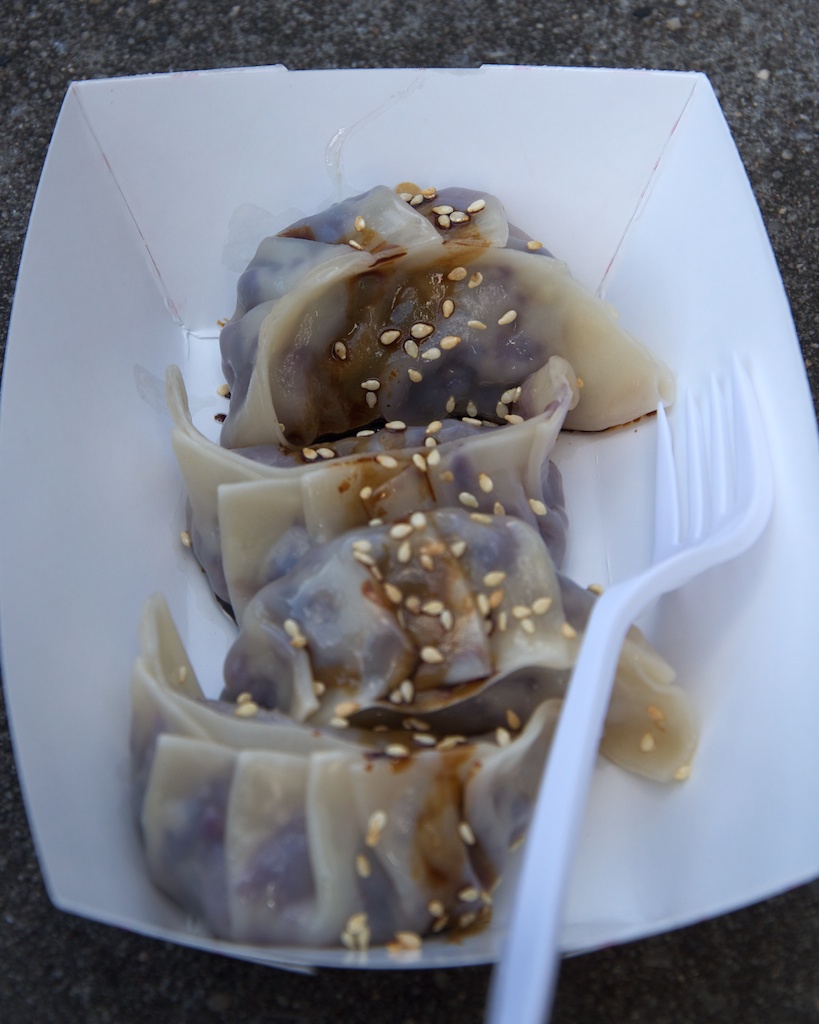 As an example, The Milk Truck line had 35 people standing in it when we first walked by--with the worker calling out '30-45 minute waits for grilled cheese'.  Justin and I walked the whole Flea, stopping at Foxy and Winston's stand and picking up an adorable pear tea towel (picture to come).  We  browsed a few antique stalls, sampled pie from Rachel's Pies, and ended with an appetizer of The Good Fork's dumplings and a Margherita pizza from Pizza Moto.  Despite the lines, Pizza Moto was moving like a well-oiled machine, cranking out pizzas at a very fast pace.  The grilled cheese wait may have been 40 minutes, but our pizza only took 10 minutes (despite being our position in line). 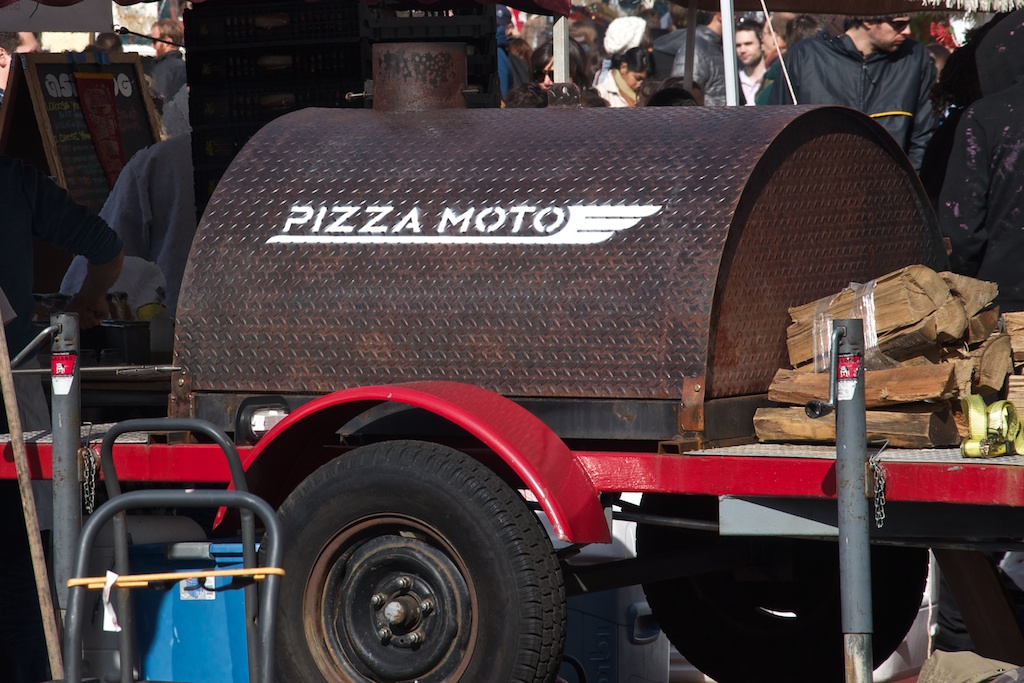 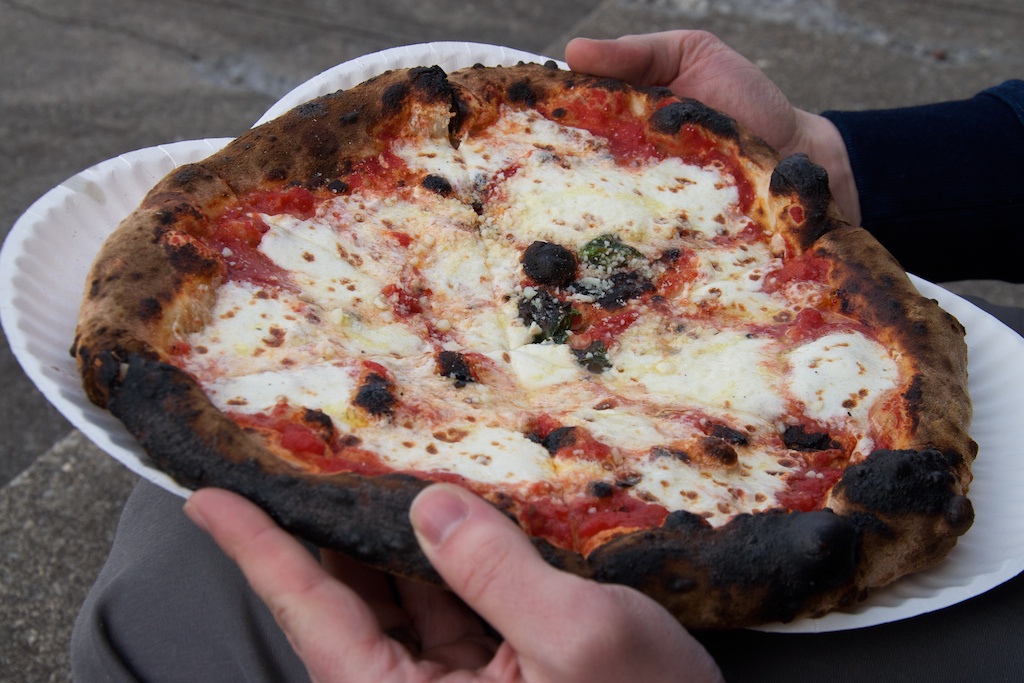 The Flea is a one-of-a-kind experience--I'm looking forward to going back when the crowds die down some.  Oh wait, that probably never happens!  If I'm feeling claustrophobic, my new plan is to make a bee line for Pizza Moto and grab a spot on the steps, overlooking the crowds. 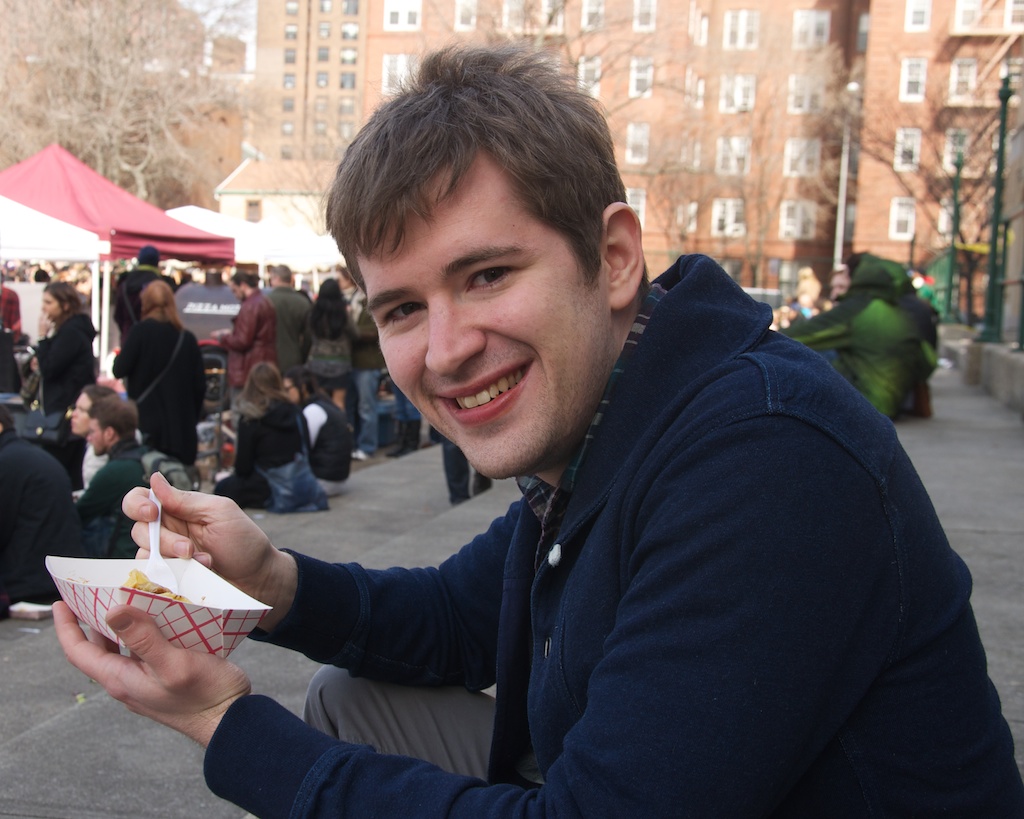