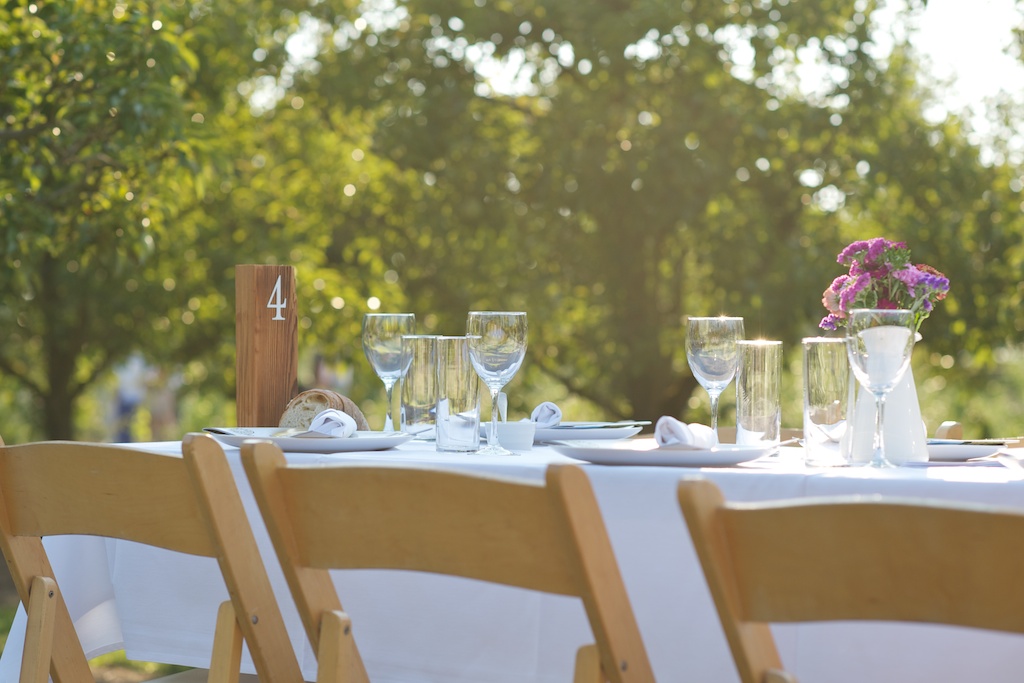 Along with eating under the stars (and sun) at farms in the Portland region, diners are treated to creative intreprations of seasonal foods by some of the best chefs in Portland (in our case, Cathy Whims of Nostrana and Dolan Lane of clarklewis). And, as an added bonus, part of the ticket cost is directly donated to food access and education organizations including Oregon Tilth, Foodworks Farm, and the Sauvie Island Center. 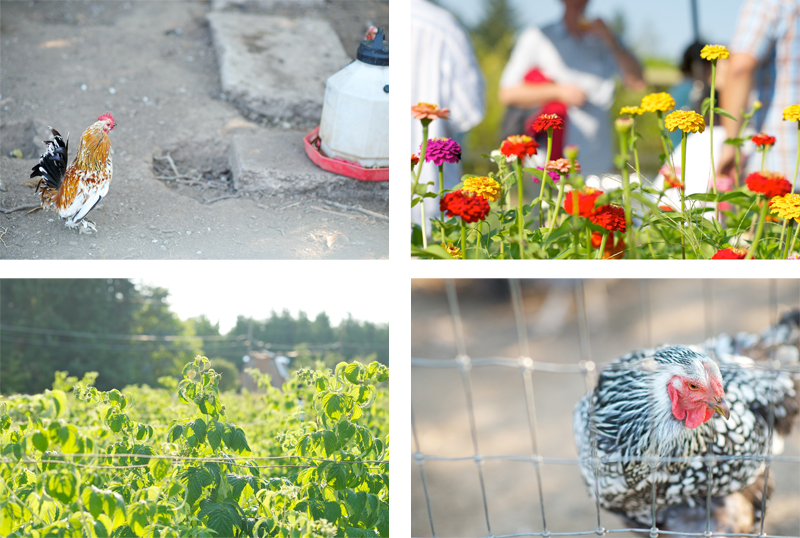 Attending a summer farm dinner ranks as a high point in my summer memories. In fact, attending my first farm dinner at Moutoux Orchard in the summer of 2007 was instrumental in jumpstarting my career with local food organizations, and ultimately inspiring me to pursue food photography and writing.

I've been to several farm dinners since that initial night in Purcellville, Virginia. With each booking, a part of me hopes to recreate the wonder, excitment, and conviviality that were present at Moutoux. Dinner at Moutoux was served on an exceptionally long table (really, many tables strung together); we sat next to several of the farmers, ate just-layed eggs and early summer food, and watched the sun set. Before that dinner, I'd never attended anything quite like it. 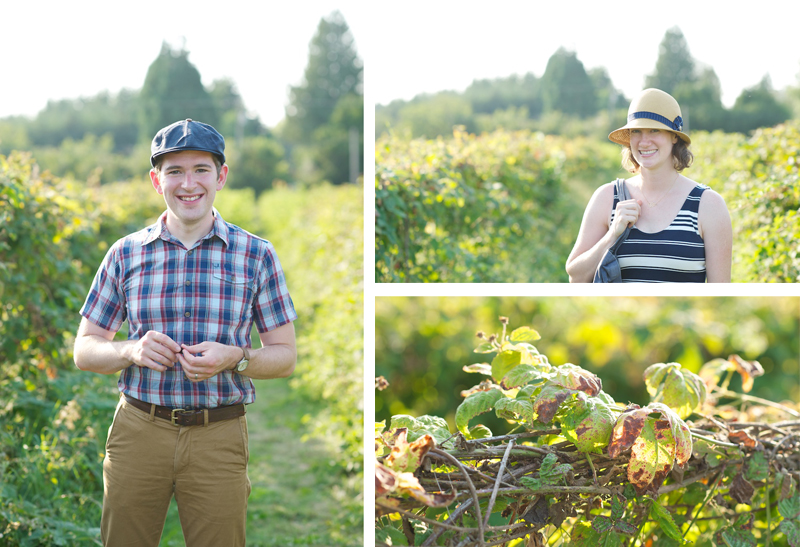 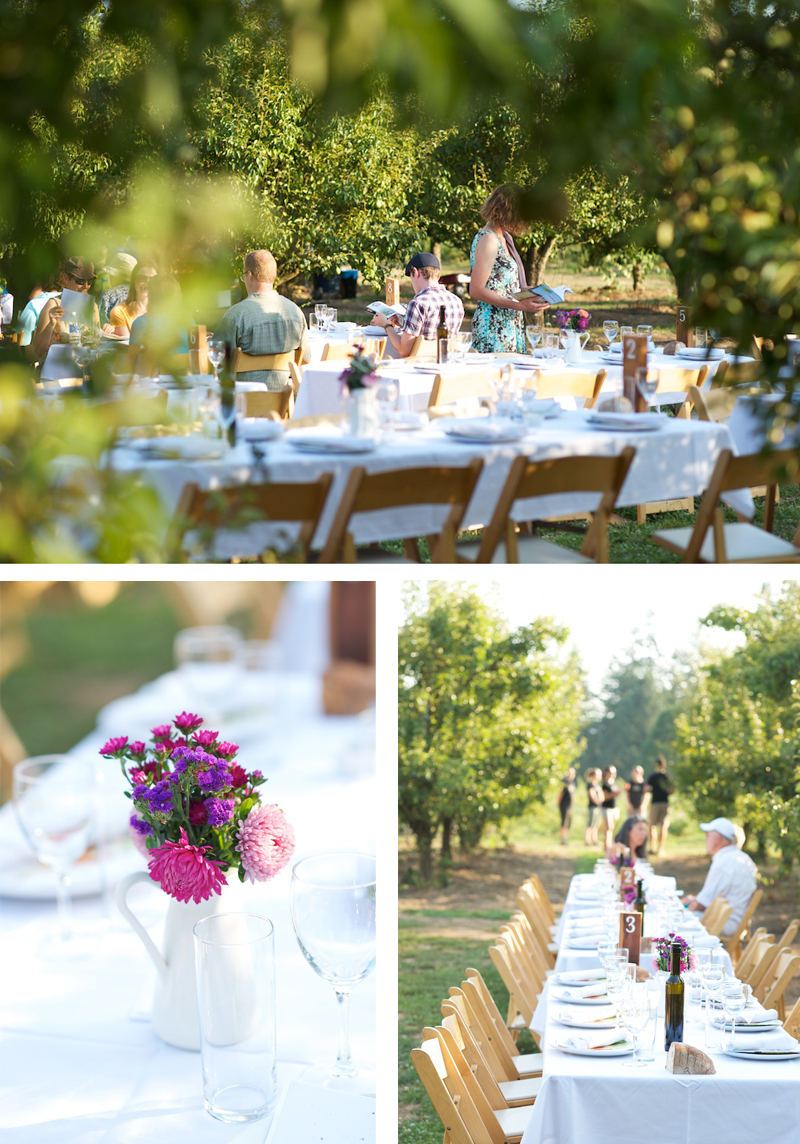 The other farm dinners I've been to have all had interesting apsects to them, whether a well-known chef or a lovely barn setting...but I've never quite been transported back to the same feeling I had at Moutoux. I've come to realize that I probably never will be: after all, how can I expect each farm dinner to feel as momentous and life-changing as the first? 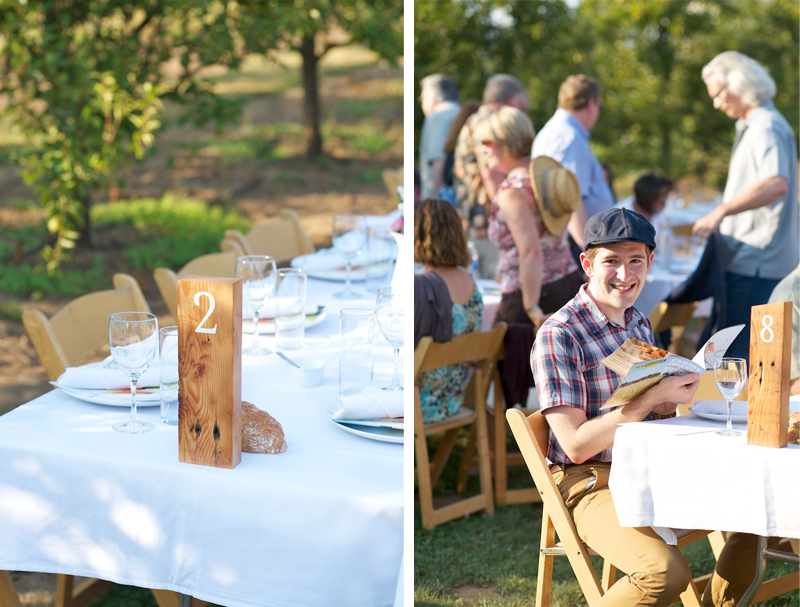 So, while we still ate lettuces, tomatoes, and kale from Sauvie Island Organics, we did so at Smith Berry Barn. Justin and I had picked berries with a few friends in July at Smith Berry Barn; I was curious to see how Plate and Pitchfork would transform this large u-pick operation into an intimate farm dinner. After wandering through the berry bushes, we entered the apple orchard, a perfect space for twelve artfully arranged rectangular tables. We dined on heirloom tomato salads, risotto, freekeh (for the vegetarians) and porchetta (for the carnivores), and ended with a sublime peach upside down cake. 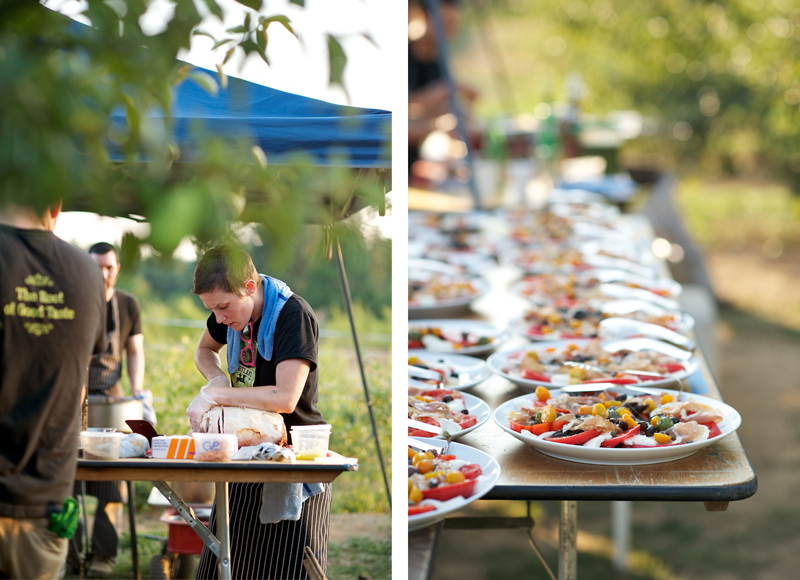 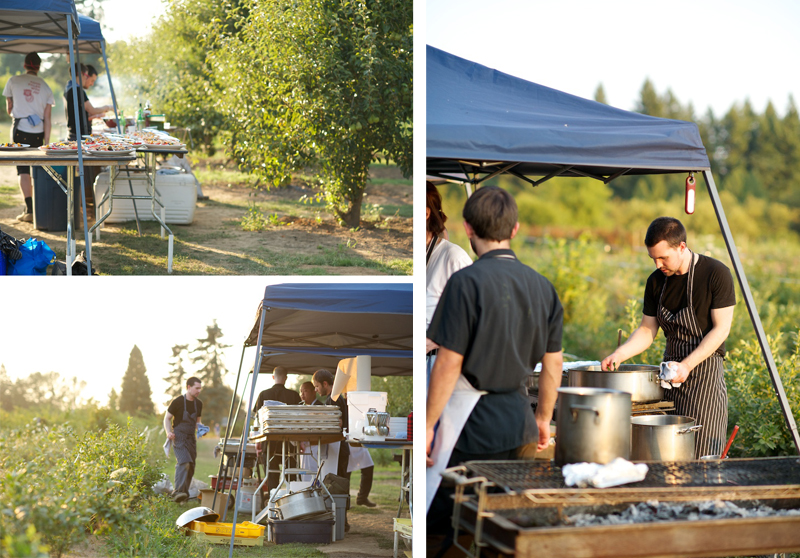 If you live in the Portland area, visit Plate and Pitchfork's website to schedule your own farm dinner. There are still tickets available for the August 26th dinner...and rumors of a Fall dinner series!