Last year, after several months of attempting to take our food scraps from Brooklyn to Union Square, we gave up.  Why were we taking food scraps to Union Square?  Even though we don't have a backyard to start a compost pile or a garden, we wanted help other plots of land in New York through The Lower East Side Ecology Center.   The center operates the NYC Compost Project in Manhattan.  Since 1994 the organization has offered a food scrap collection program at the Union Square Greenmarket.  According to the website: "The collected materials are transported to East River Park and processed in our in-vessel composting system.  After three months the finished compost makes its way back to the market, where it is sold either as compost or as part of our potting soil mix." 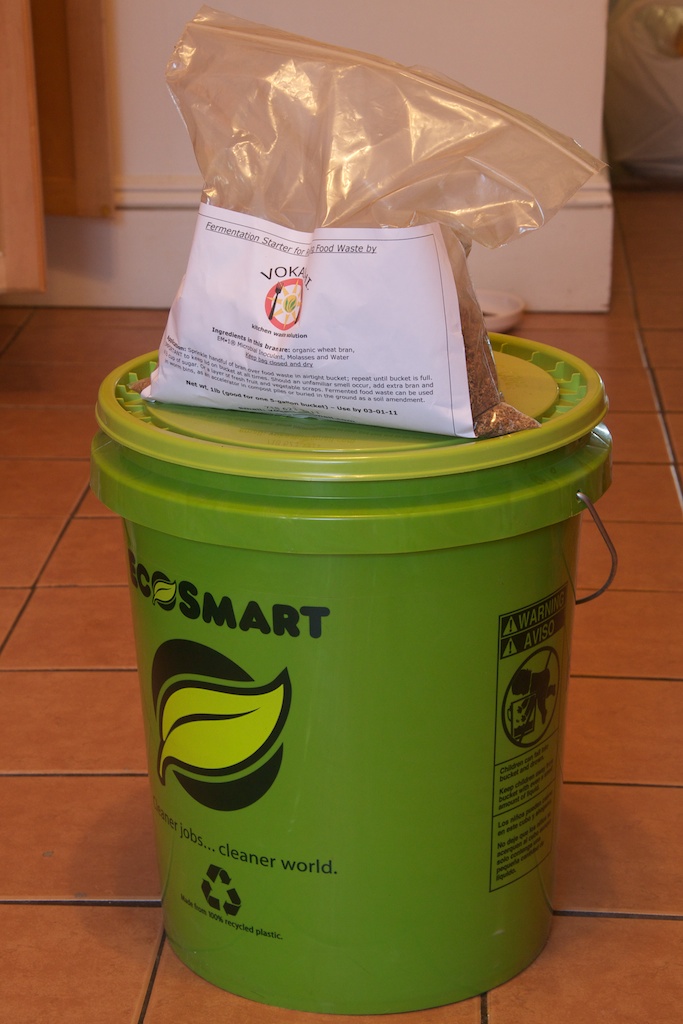 Eager for our kitchen scraps to be turned into potting soil, Justin and I started putting food waste in our handy compost pail.  When the pail was full, we bagged it up and subwayed to Union Square to drop it off.  In theory, this should be a simple 45 minute weekly commitment.  In reality, the unreliable subway meant that I had to stand with my partially concealed plastic bag for 15+ minutes, waiting for a train, before riding the train for close to 40 minutes.   And while subway trains often smell less than ideal, I wasn't keen on our food scraps negatively contributing to anyone else's ride.

We stopped making this trip after several longer than usual train rides.  Because it simply wasn't feasible to take our food waste to Union Square, Justin and I looked for an alternative for a few months, including an ill fated trip to the Fort Greene Greenmarket where we wandered around the tiny market in sub-freezing temperatures for 30 minutes looking for the drop off container.   Aggravatingly, the organization had left before we arrived and we ended up throwing the bag out.   We stopped trying to recycle our food scraps after that Fort Greene day.   Neither Brooklyn Heights nor Park Slope have a compost drop-off, and so for months, I forced myself to pretend that I didn't hate throwing out food that could so easily become compost and then soil. 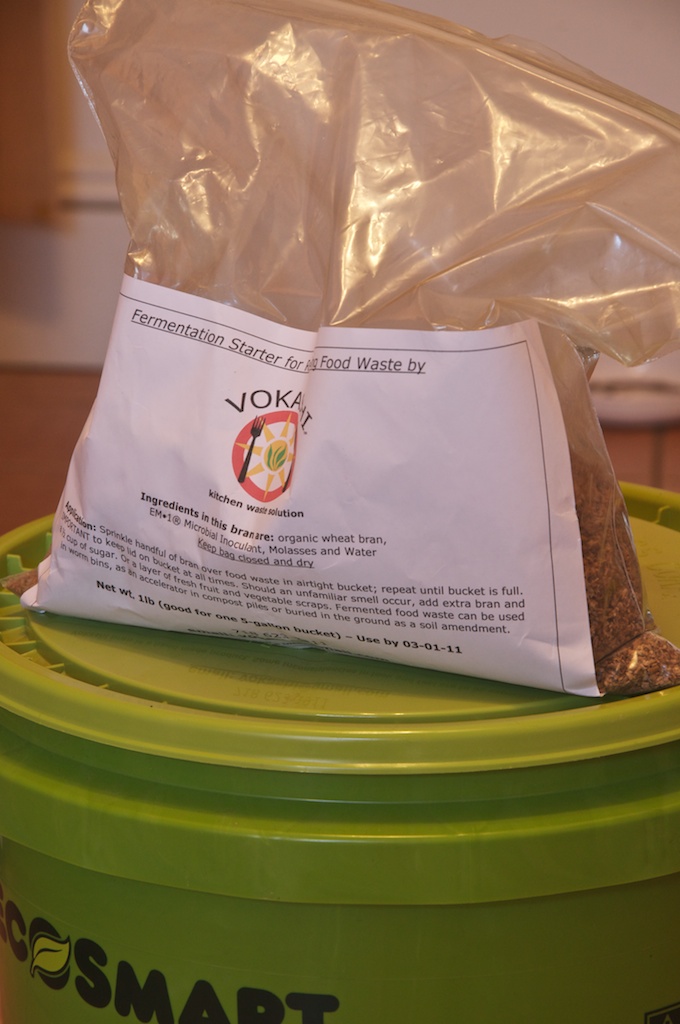 Last week, I stopped agonizing over compost. Brooklyn Based profiled a small composting business called Vokashi.  I immediately forwarded the email to Justin and called the founder, Vandra.  Based on the Japanese system of Bokashi, each day we put our kitchen waste into a bright green bucket, layer EM-1(R)  bran on top, and then repeat, repeat, and repeat, until the bucket is full.  Vandra returns once a month to exchange buckets.  Our full bucket then ferments for two more weeks, before Vandra takes all of the buckets to East New York Farms' compost heap.

It's a simple solution to at-home waste.  If bright green plastic is not your thing, you can conceal the bucket under your kitchen sink.  And having now had it for a week, I can testify that--so far--the bucket is completely odorless.  Though it seems like we may fill up the bucket 2 weeks ahead of schedule, I'm hoping the bran will soon work its magic.  If you live locally and can't make it to another drop off point, consider contacting Vokashi! 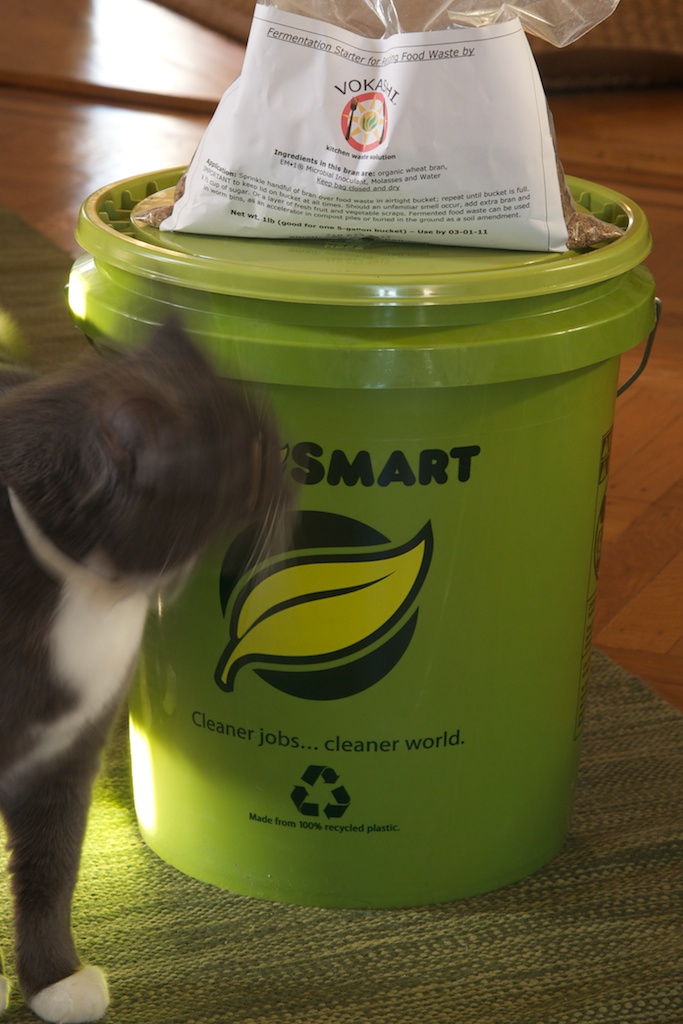