When Justin and I moved to Brooklyn last Fall, we were inundated with things to see, do, and eat.  We felt (*and still do at times) simultaneously overwhelmed and invigorated by the options.  In the beginning, it seemed like we were constantly hearing about a festival or event the day after it happened.  When we were thinking about dinner options, that were simply TOO many options.  How were we supposed to get a handle on what was going on?  And why did it seem like everyone else already knew these things? 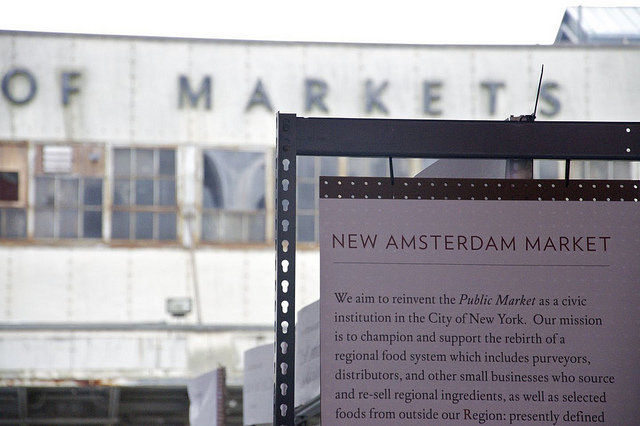 Well, the answer is twofold:  we now have a much firmer grasp on local happenings simply because we've lived here for 10 months.  I know which blogs to read, which groups to follow on twitter, and most importantly, I know actual human beings who can help keep me informed.  And we've gradually accepted the fact that it's impossible to know about every event, food and otherwise, occurring...and even more impossible to go to them all.  It's all about picking one or two and being satisfied with your choice!

In these past ten months, we've participated in farm dinners at restaurants, are fairly frequent attendees at the Brooklyn Flea, attended a Top Chef style latke cookoff, gone to the 'First Annual Food Truck Drive In', and of course frequent as many farmers markets as possible.  Last December, we also went to the final New Amsterdam Market of 2009.  On our first visit, we didn't have a firm grasp of what it was; we only knew that we should go! 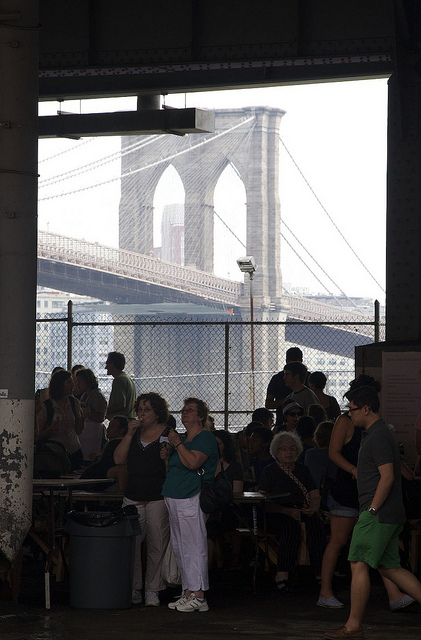 Some of our now favorite artisans were clustered under the FDR Drive, at the site of the old Fulton Fish Market. We found the market to be a study in contrasts. It was crowded, noisy, polluted (thanks to the FDR), and chaotic.  On the flip side, the market had assembled the best artisans and small purveyors in the NorthEast region.  We spent our first trip sampling everything we could and learning as many artisan's names as possible, ensuring that we could seek out their products in the future. (That hasn't proven to be a problem, of course, but we were tired and overwhelmed!) 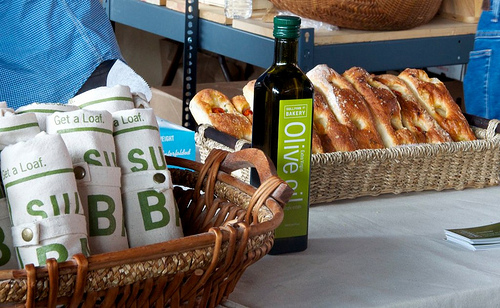 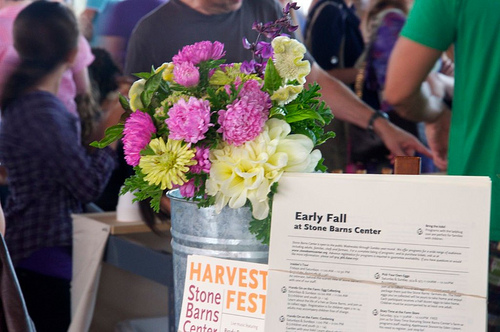 We've returned twice since our first December visit.  Each time I've been impressed by the businesses and the festive, excited atmosphere.  And each time, the location has been off-putting.  Visitors must walk through the touristy South Seaport to get the the market, only to then dodge fast approaching tour buses. The market is cramped and suffocating.  Once I get out of the crowds, it is possible find a quieter spot that looks out towards the Brooklyn Bridge.  Unfortunately, navigating the market has proven to be a lesson in patience and deep breathing. 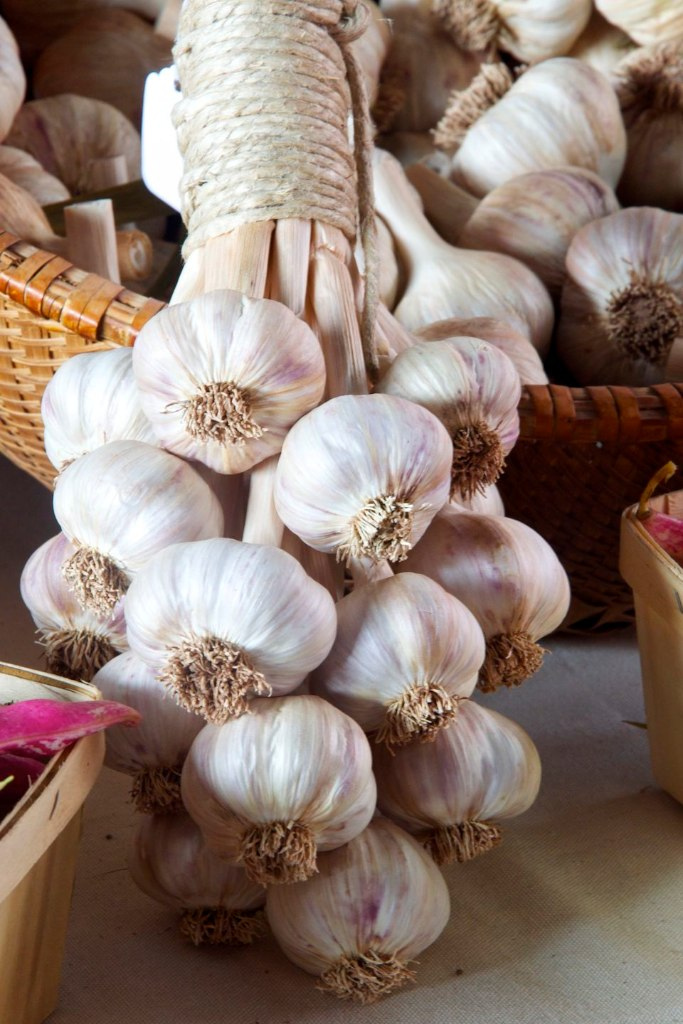 But here's the thing.  The cramped, busy, loud, suffocating atmosphere?  That's the point.  This market is modeled after the original markets of Lower Manhattan's South Street.  New Amsterdam is in the same location as the original Fulton Fish Market and Peck's Slip.  New Amsterdam's creator, Robert LaValva, wants this market to be a regional anchor.  As a result, though there are some farmers (Queens County Farm Museum and Cherry Grove Farm) at the market, the majority of the vendors are regional producers of cheese, maple syrup, cured meats, jams, chocolate, honey, pickles, breads, and sweets.

Some of my favorite products at the market include The Cellars at Jasper Hill's cheese and Ledgenear Farm's maple syrup.

Starting on September 12 and running through December 19th, New Amsterdam will change gears from its once a month destination market.  It will open each Sunday, a step forward in LaValva's ultimate goal for New Amsterdam to be a New York mainstay--not a destination, but rather a natural part of one's weekly shopping.