I was never a milk drinker before moving to Brooklyn; I always found the taste to be off-putting and stomach-ache inducing.  This past year, as I've learned more about dairy farms and milk production, and met both dairy farmers and cows, my taste buds have perked up.  I'm drinking milk that is palatable to me and produced in a sustainable, ecologically aware fashion. 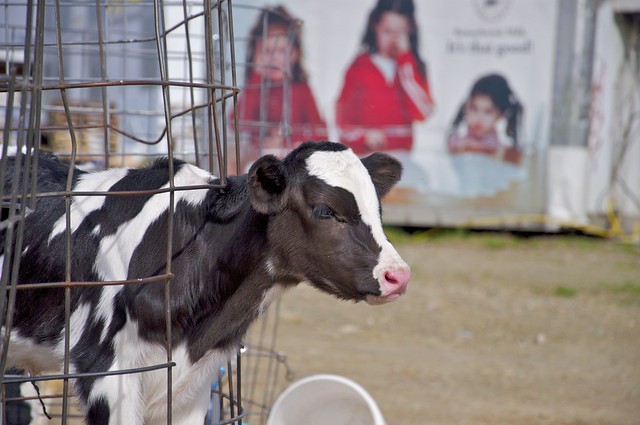 We're spoiled and lucky with our milk choices in New York.  Nearly every grocery store or farmers' market carries one or more of the following dairies:  Ronnybrook, Milk Thistle, Hudson Valley Fresh, Battenkill Creamery.  These dairy farms let their cows live in accordance with their species-specific needs, allowing them pasture grazing, extra time with their calves, appropriate feed, and even cow mattresses!  The dairies never inject their cows with hormones and have created self-sustaining operations, through the use of re-usable glass milk bottles, solar power, and creative distribution networks.  Each dairy has a loyal following, but for me it's like picking a favorite child:  I can't choose.

Once in awhile, as a special treat, Justin and I will buy a small container of Hudson Valley Fresh's chocolate milk.  I first bought a quart of it on a whim...and then we promptly drank the entire creamy, 'just-as-good-as-ice-cream' bottle.

This past weekend, while shopping for dinner ingredients at a Massachusetts Whole Foods, we saw one solitary bottle of this: 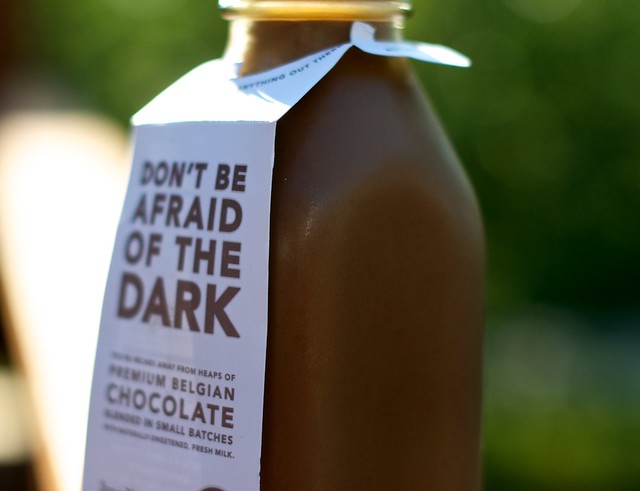 A quick back and forth proceeded.

--I really want to get it; it's the last bottle--we'll do the research when we get home.  It'll be fun!

Cocoa Metro's bottle and graphic design had enticed me and there was no turning back.  The paper label on the front loudly announces 'Don't be afraid of the dark', with the words 'Premium Belgian Dark Chocolate' in large font.  Combine that with the fact that a quick scan indicated that the milk came from Vermont cows and the bottle could be returned and we were sold!  Or rather, the last bottle was sold...to us. 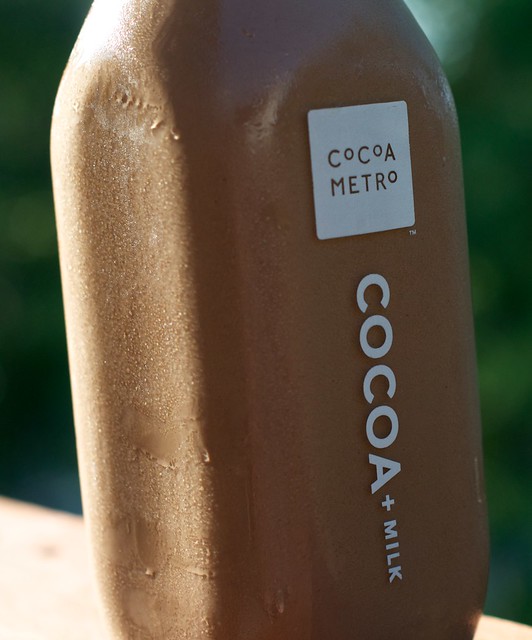 The brains behind Cocoa Metro are husband and wife team Mike and Lizzy, self-proclaimed chocolate lovers.  A few years ago, they decided to create their own chocolate milk--one that 'didn't leave them hanging'.  They experimented with ratios, chocolate, and milk before settling on their final concoction that uses Callebaut Belgian Chocolate, Vermont milk (I have a message out to them to learn more about which dairy/dairies they source from), evaporated cane juice, and natural vanilla flavor. 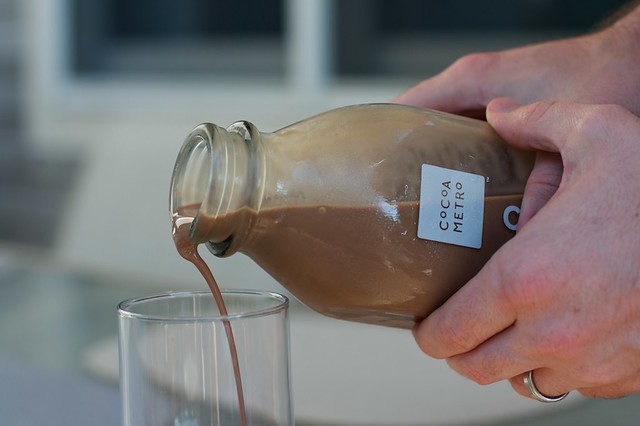 We poured ourselves half-full glasses of the milk and savored each sip.  (Actually, one of us chugged down the whole thing in 3 seconds.)  The dark chocolate flavor was readily apparent, with a well-balanced ratio of milk to chocolate.  Cocoa Metro's milk definitely uses the most high end chocolate of any chocolate milk I've had.  Our only caveat with the milk was the actual milk:  it tasted like skim. We felt the milk should be full  and that glasses of Cocoa Metro  would be even more decadent with a creamier milk. 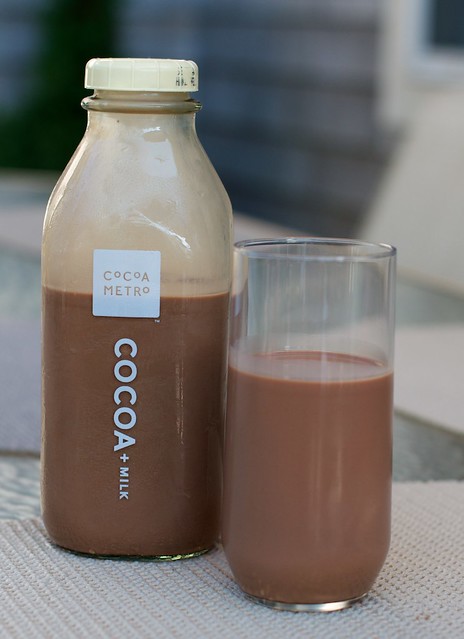 Cocoa Metro is available in Whole Foods throughout Massachusetts, Connecticut, and Rhode Island, as well as specialty shops in Boston.  Indulge yourself next time you're in New England! 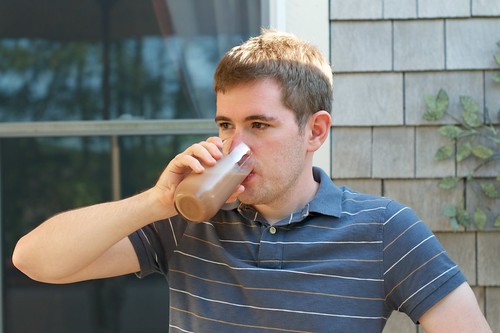