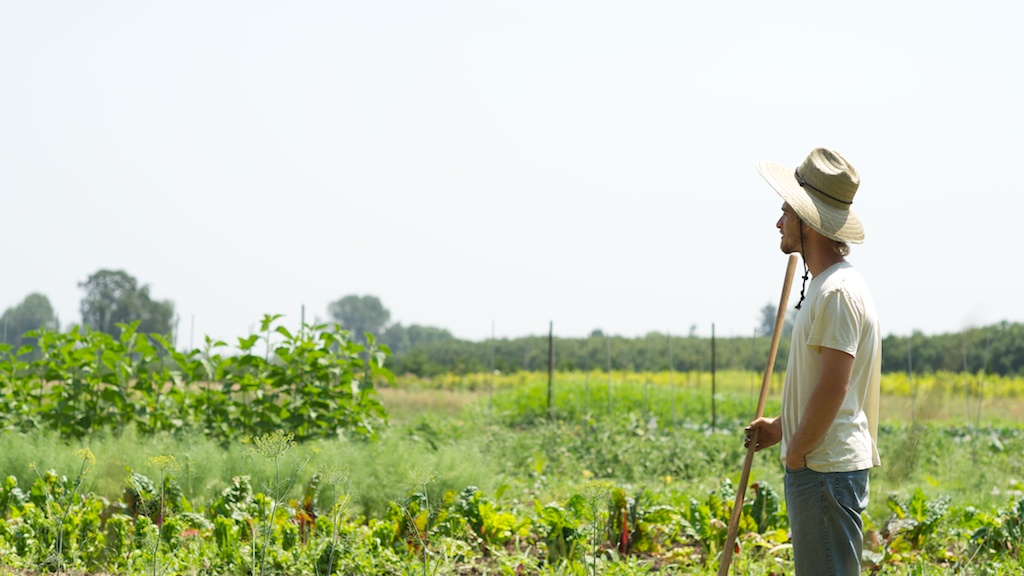 Harry Short grows varieties of vegetables that you've never heard of. Unless, of course, you've heard of spigariello, erba stella, and ficoide glaciale.

Short grows these vegetables and greens, along with more recognizable varieties (collards, beets, green onions, and carrots), at Mudjoy Farm in Dayton, OR. Mudjoy is in the middle of its first year of operation; each weekend, their two-table stand at Portland's King Farmers’ Market is neatly arranged with their "unique vegetables, sustainably grown". 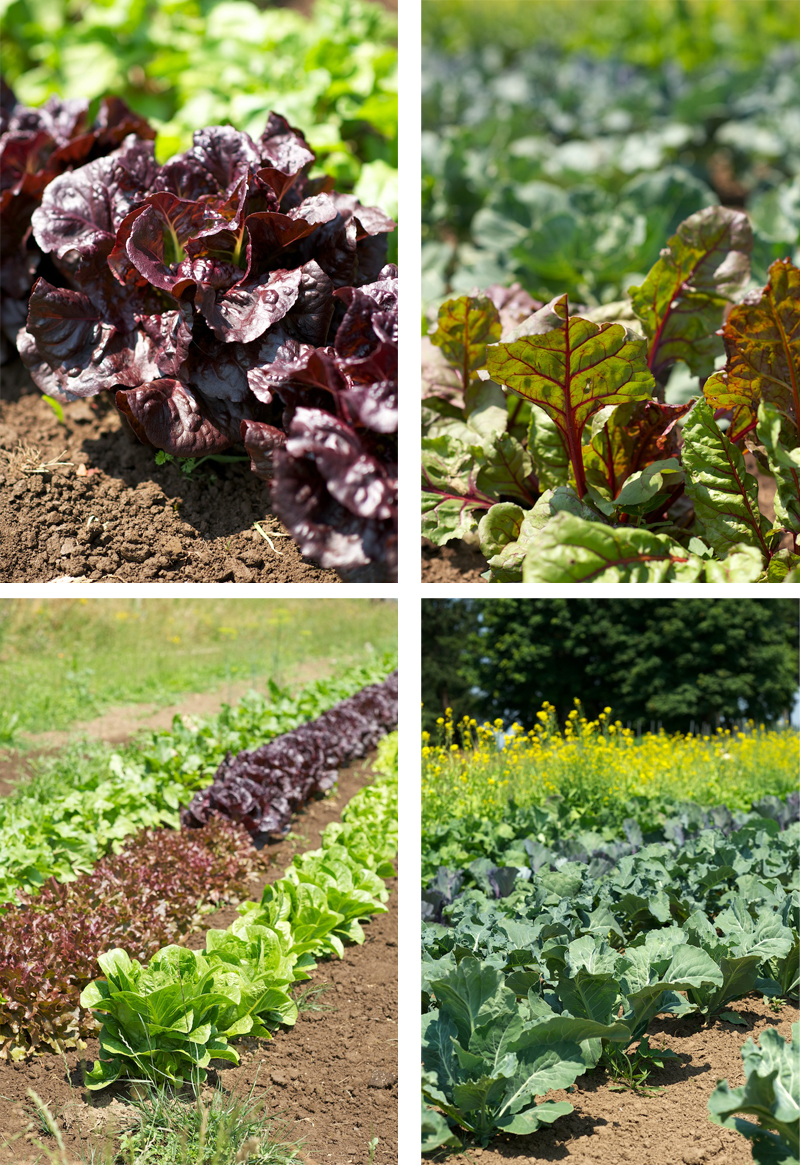 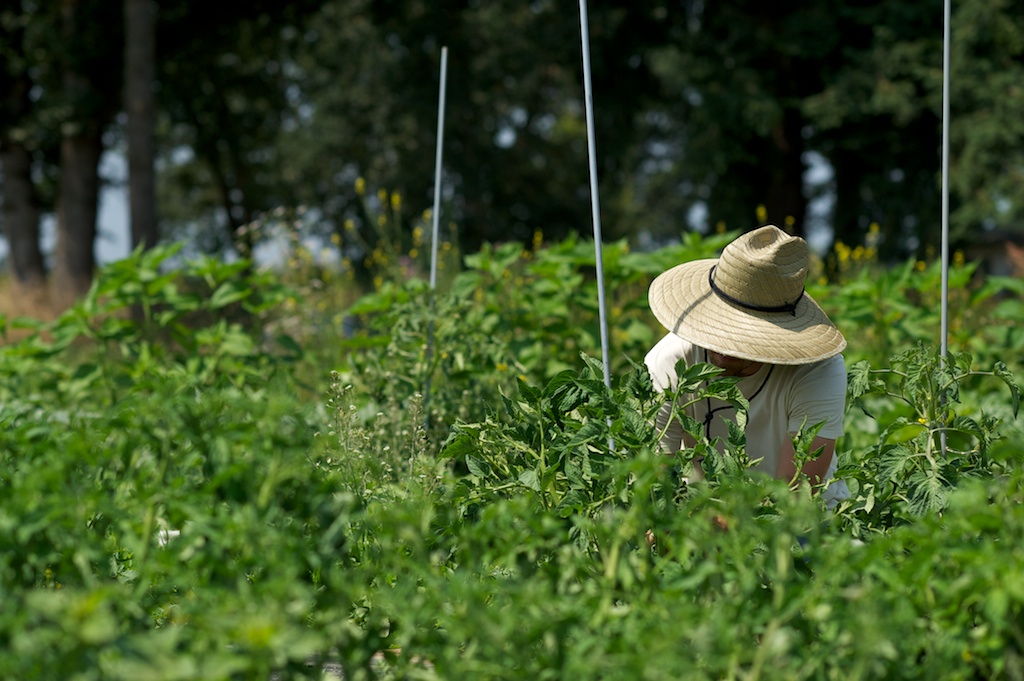 It's mid-July and farmers' markets everywhere are busier than nearly any other time of year. It's easy to understand why: the weather is warm, the food is so fresh that much of it barely needs to be cooked to be enjoyed, children are on summer vacation, and time slows down to make room for backyard barbecues and picnics. Fresh berries and cucumbers from the farmers' market simply add to the pleasures of summer time. 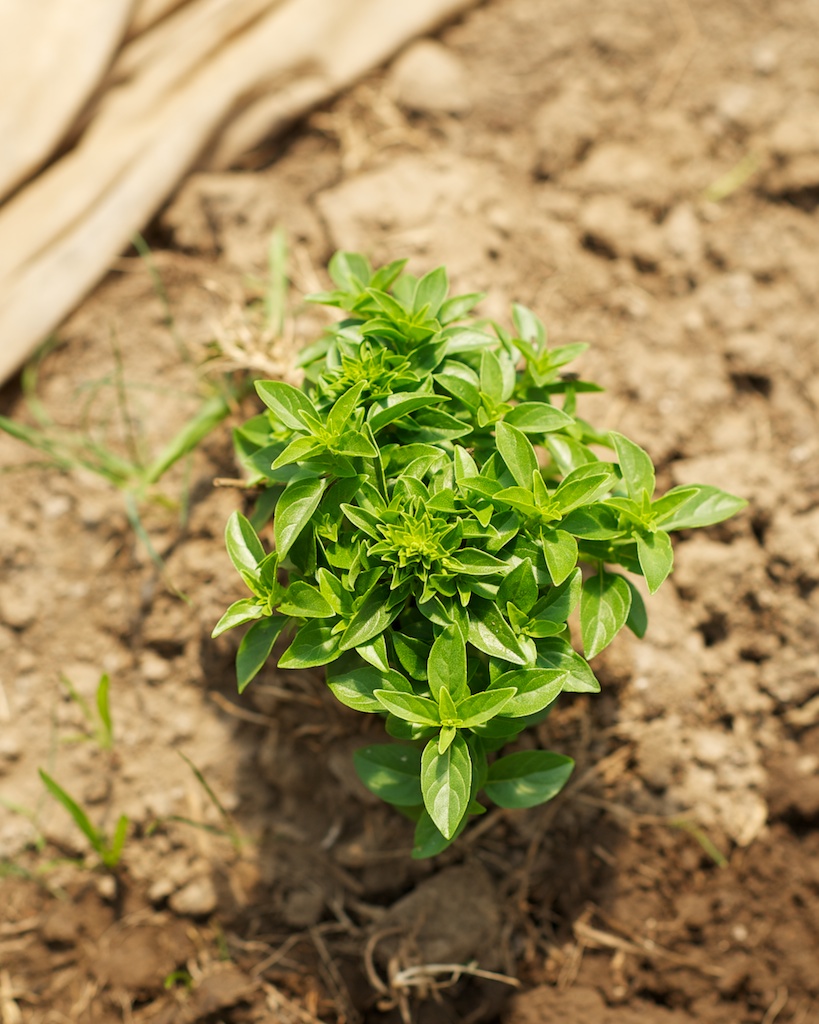 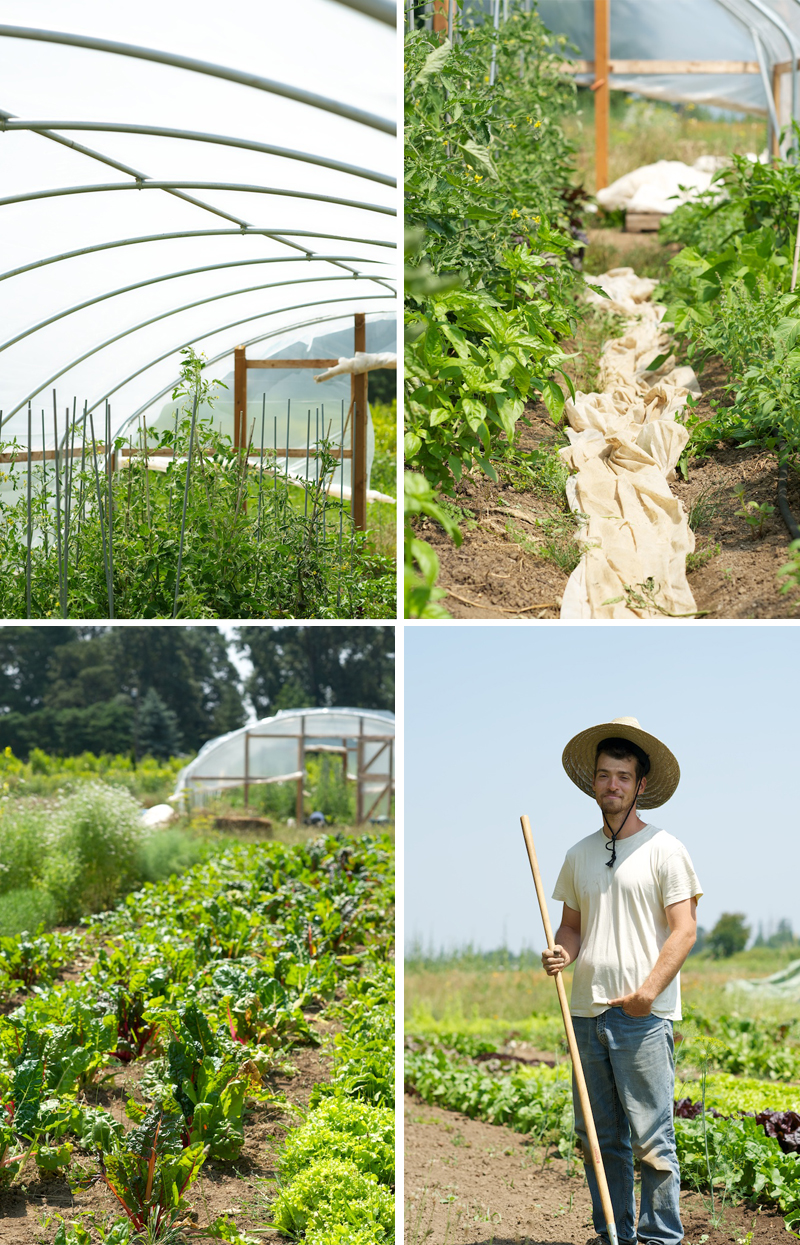 It's moments like these when people often remark "I could be a farmer", or, "I'd love to grow food for a living". It's easy to become swept up in the colorful arrangements of chard, the overflowing baskets of berries, and the rows and rows of sweet corn. It doesn't hurt that many farms make a special effort to present their food and their business in an eye-catching manner, with artfully arranged baskets and signs featuring thoughtful typography and whimsical illustrations.

But what kind of person takes that fleeting thought and transforms it into a career?

For the past several months, I've been spending an hour each Sunday afternoon working for Urban Gleaners, collecting food from farms at Portland's King Market for redistribution to schools and other charitable organizations. Each Sunday, I check in with the various stands and chat quickly with the farmers and purveyors. After a few conversations with Harry Short, I wanted to know more about Mudjoy Farm and his background than what two minute weekly chatting could reveal. Several weeks ago, I drove the hour from Portland to Dayton, Oregon to visit Mudjoy and talk with Harry at a greater length. 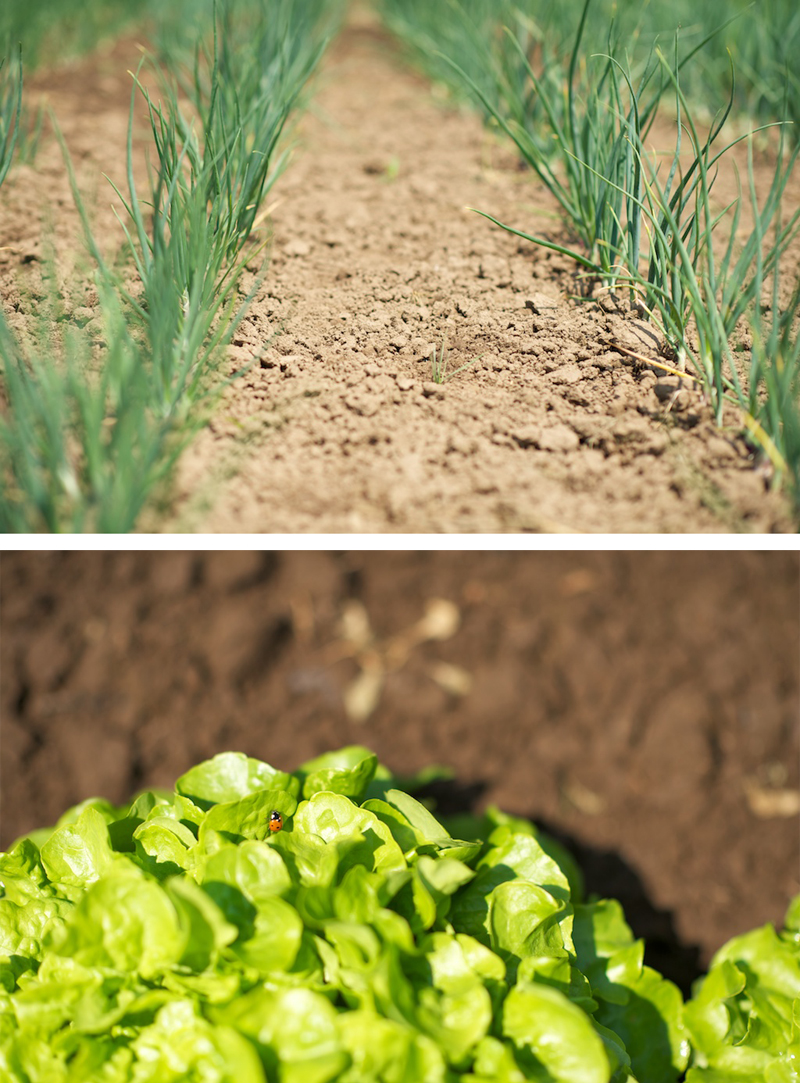 You reach Mudjoy by driving down a dusty (though mostly pot-hole free) road, with the farm's cultivated acres on the driver's side left. The two acres of actively farmed land are set far enough into the property that they're not visible from the main road. Harry and Harry's partner, Jim, rent a portion of their land to another farmer who hoping to grow organic wheat this coming Winter. The main road that leads to Mudjoy is dominated by agricultural developments, though Short reports that more and more of the land has been purchased by nurseries. In fact, Mudjoy's property abuts a peach orchard, but that land was recently sold to a corporate nursery.

When I pulled in, I was greeted by Harry and Jim's dog, Zola, as well as the nearby clucking of chickens and the distant "wahhhing" of their two Nubian goats, Olive and Rihannon, who share a piece of pasture with Porter, the “Norwersey” steer (a cross between a Jersey and Norwegian Red). 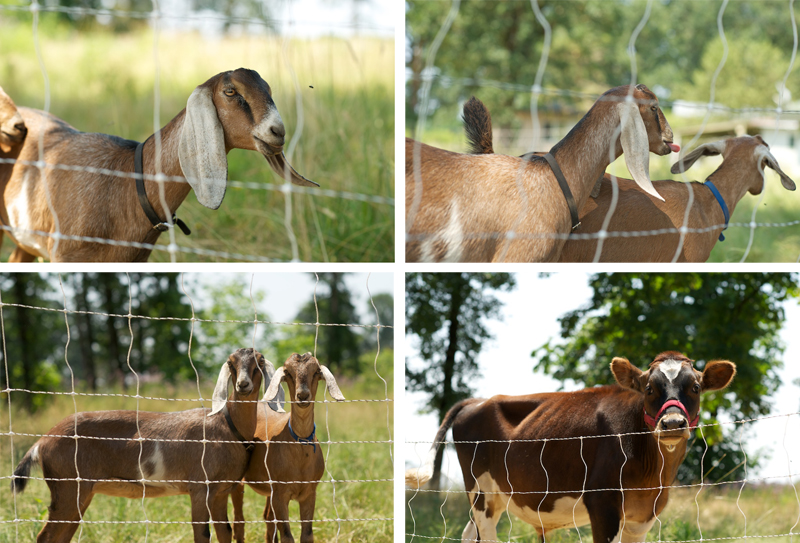 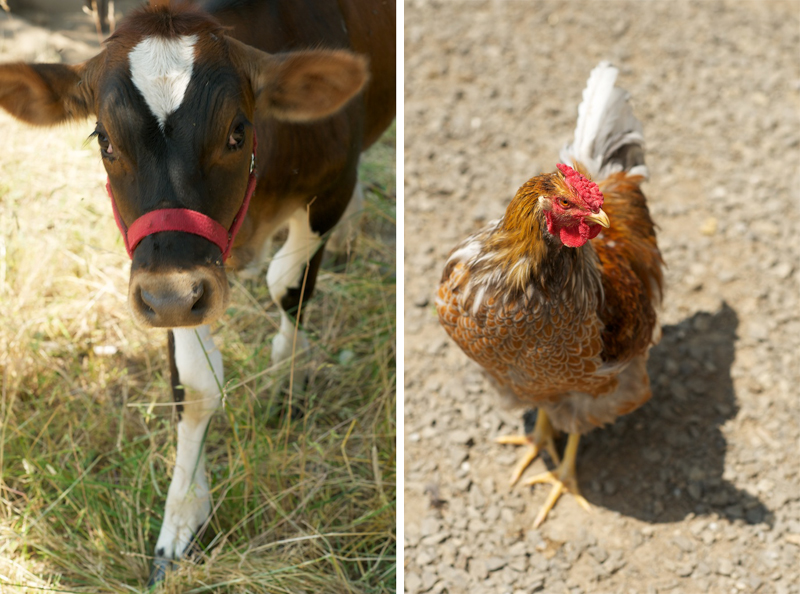 Short's interest in food and his curiosity in new tastes developed early through the presence of his grandmother's garden. Short remembers helping her weed, pick, and can green beans, his grandmother "telling stories she'd told 10 times before", Short shared with a smile. The garden just encouraged Short's natural inclination as "someone who likes to try new things".

Short is an empathetic, thoughtful presence. If you ask him a question at his market stand, he'll carefully listen and then explain in a way that indicates he's thought through this exact question before, and wants you to understand his answer. His natural born curiosity--and his apparent ease of teaching with empathy--initially led Short to a rather nomadic academic life. After living in India and studying to be a doctor, he took a break to work for Teach for America (he laughs, "what a break"). He fell in love with teaching, especially the openness of his students. After teaching science in South Texas and Austin, he moved to Michigan to attend graduate school for a PhD in science education.

This is where Short stumbled upon a way to combine his innate curiosity with his interest in research and teaching.

"Part of the [PhD] program included getting a Masters in a specific discipline", Short recalls. "I chose natural resources and the environment and came to realize that I was really fascinated by that. So I quit the PhD program, [after receiving] my Masters in Sustainable Agriculture."

Short quickly clarified that his Masters only prepared him to be a farmer "theoretically". When he and Jim bought Mudjoy's property last year, his farming experience came solely from community and home gardens. Since purchasing the farm, Short has spent the past two years researching, prepping the land, experimenting with varieties, and understanding yields.

Farming attracted Short's academic side and rounded out a part of him that needed tangible, physical results. When you finish a day of research for a PhD program, you may not have much to show for it, besides mental exhaustion or a few more sentences written. When you finish a day of weeding, planting, and harvesting, your day's travails are front and center in the freshly sown ground, the basket of crops, and the dirt underneath your fingernails.

In total, Mudjoy is a 25 acre farm. Short currently farms on two acres of the land, with plans to expand to three cultivated acres next year. When Harry and Jim bought the land, the majority of the acreage was grass seed. Visiting the farm, I could see a clear division between the freshly cultivated land and everything else. 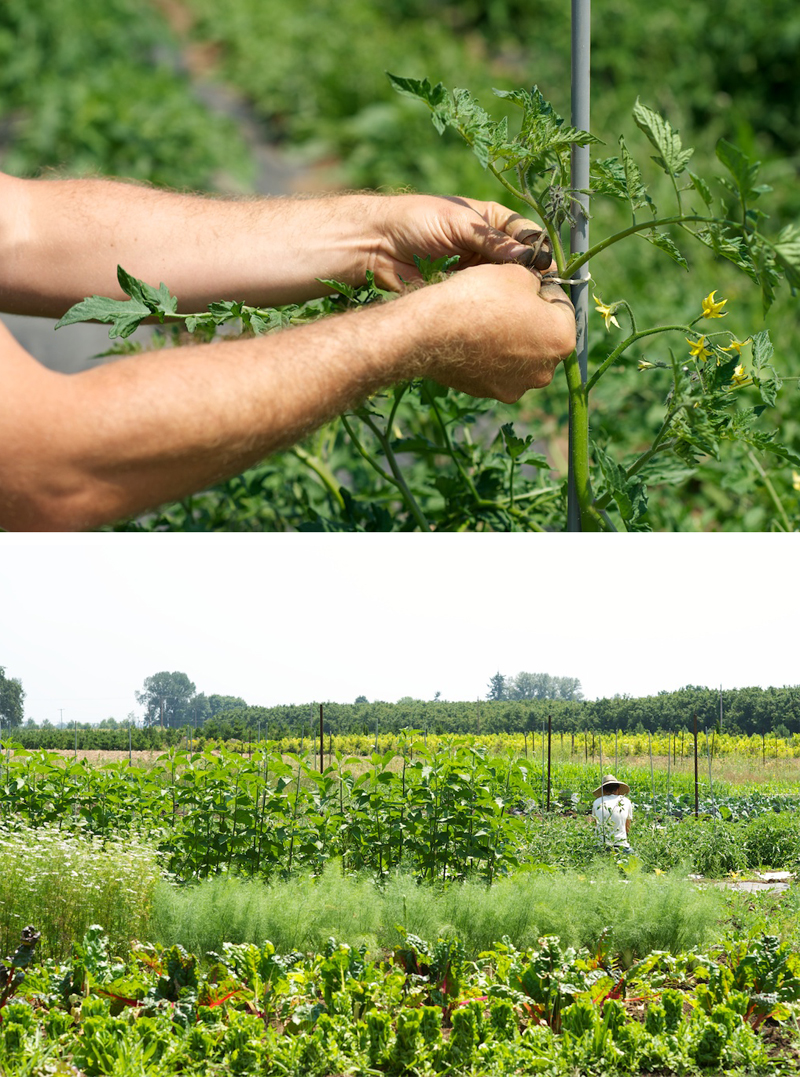 I met Harry standing amongst rows of lettuce varieties that included neon-green Kiribati, purple Red Cash and Borromini, and multicolored chard. As we talked in the greenhouse, Short tied back rapidly-fruiting tomato varieties, including Japanese Trifele, (a pear-shaped tomato) and indigo rose (a deep eggplant shaded tomato whose interior is rose colored, so "when you slice through, you've got that really pretty pink and then purple exterior"). While pointing out the different varieties of vegetables, herbs, and lettuces, Short talked about the learning curve of being a first-year farm that specializes in unique varieties. Because Mudjoy Farm is so young, he's still figuring out what works on the land and what customers like, too.

Reflecting on our conversation, I realized that Short's experimentation struck me as deeply Jeffersonian--farming from an academic, ecological, and personal angle, each field like a mini-laboratory. At Monticello, Thomas Jefferson experimented with 330 varieties of more than seventy species of vegetables from around the world, including 40 types of beans and 17 types of lettuce. I was struck by Short's fusion of farming with his academic background, and the intense curiosity with which he researches and tends to his farm.

Short has deliberately carved a niche for himself in the Portland metro area, experimenting with exotic, unusual varieties. This experimentation extends to Mudjoy's animals. Harry and Jim care for 12 different breeds of chickens (eighty in total), including shimmery Black Sumatrans and blue tipped Wyandottes. Across the yard, thirty-four ducks neighbor the chickens. I spotted the ducks, including Ancona and Muscovy breeds, initially huddled under a large tree before they all stood and moved as one to run away from me. 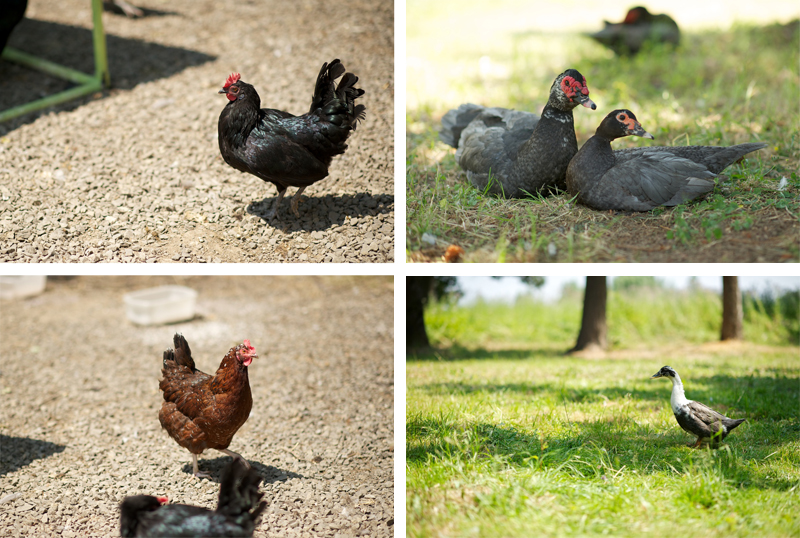 While Short focuses a great deal on his current day-to-day tasks, he's simultaneously making future plans. When Mudjoy finishes the summer and fall market seasons, they will offer a Winter CSA, where they'll sell a mixture of fresh and stored produce, as well as eggs from their chickens and ducks. One of their big pushes for next year is to tame the wild blackberries that they inherited with the farm and instead cultivate a purposeful fruit orchard.

With heirloom varietals, heritage breeds of animals, and vocal goats, Mudjoy is nothing if not diverse. Short's view on diversity is what you'd expect from an academic: layered and with multiple meanings. He considers Mudjoy's diversity as three separate parts to the whole.

First, there's the approachable and exciting aspect, a feeling you might already have when you wander a farmers' market and stumble across a slight twist on a familiar product, like a purple carrot or pole bean. The preparation is the same and the taste is similar, but that slight difference is enough to infuse new life into shopping and cooking. The second layer to Mudjoy's diversity is through selling familiar plants, but different parts of those recognizable plants. The familiarity is still there, but a knowledge of how to cook with it might not be. Finally, the most challenging aspect of Mudjoy's diversity is when Mudjoy's consumers have never heard of a product (like erba stella), Short must shepherd the consumer along, championing them to try the product and giving them the knowledge of how to use it. 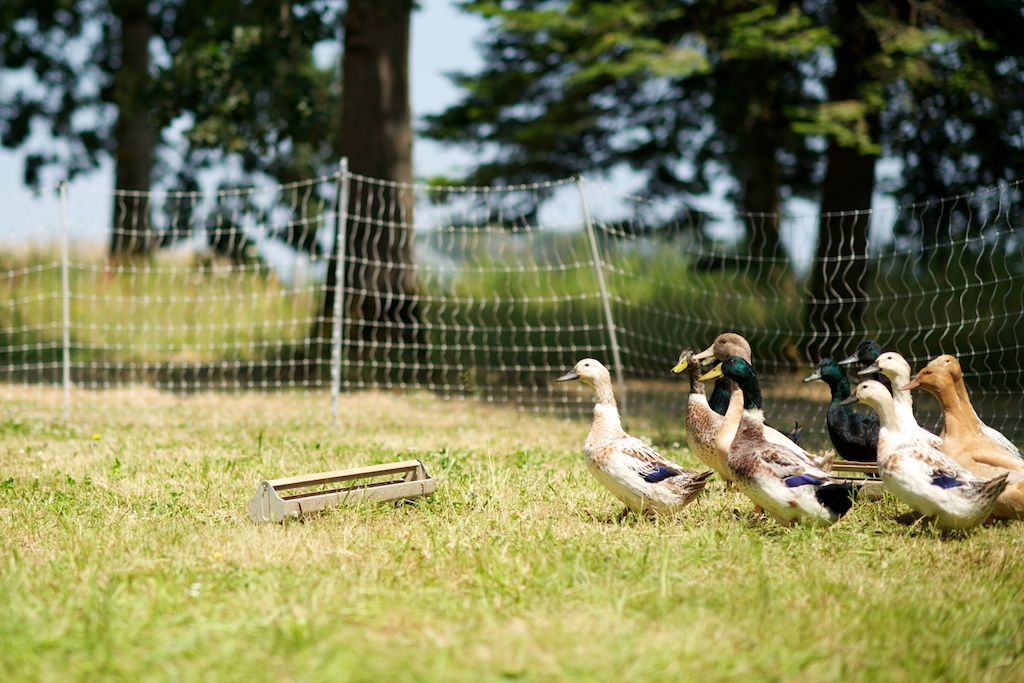 Mudjoy Farm grows and sells an array of products that will excite and intrigues you on multiple levels. Short is pleased with the reception at King Market, sharing that he strives to "hit all three levels" of diversity with Mudjoy Farm. "If I can get a customer to come buy my erba stella, hopefully they can pick up some beets and cilantro and more approachable things too." 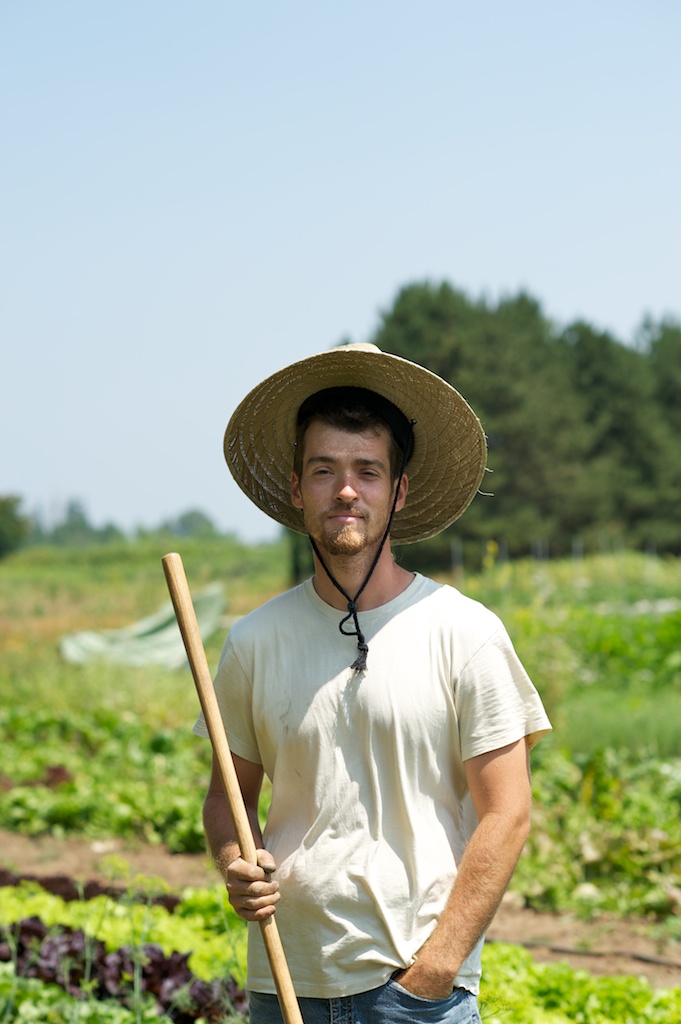 Reading about Short's transition to farming and Mudjoy's diverse array of produce may not do much to dissuade you of your aspirationally nostalgic thoughts of abandoning your current life to start a career as a farmer. But before you trade in your laptop for a chicken coop, be sure to talk to Short. Sharing in his growing experience as a farmer may be enough to satisfy your agricultural cravings. One thing is certain: you'll learn what spigariello is!