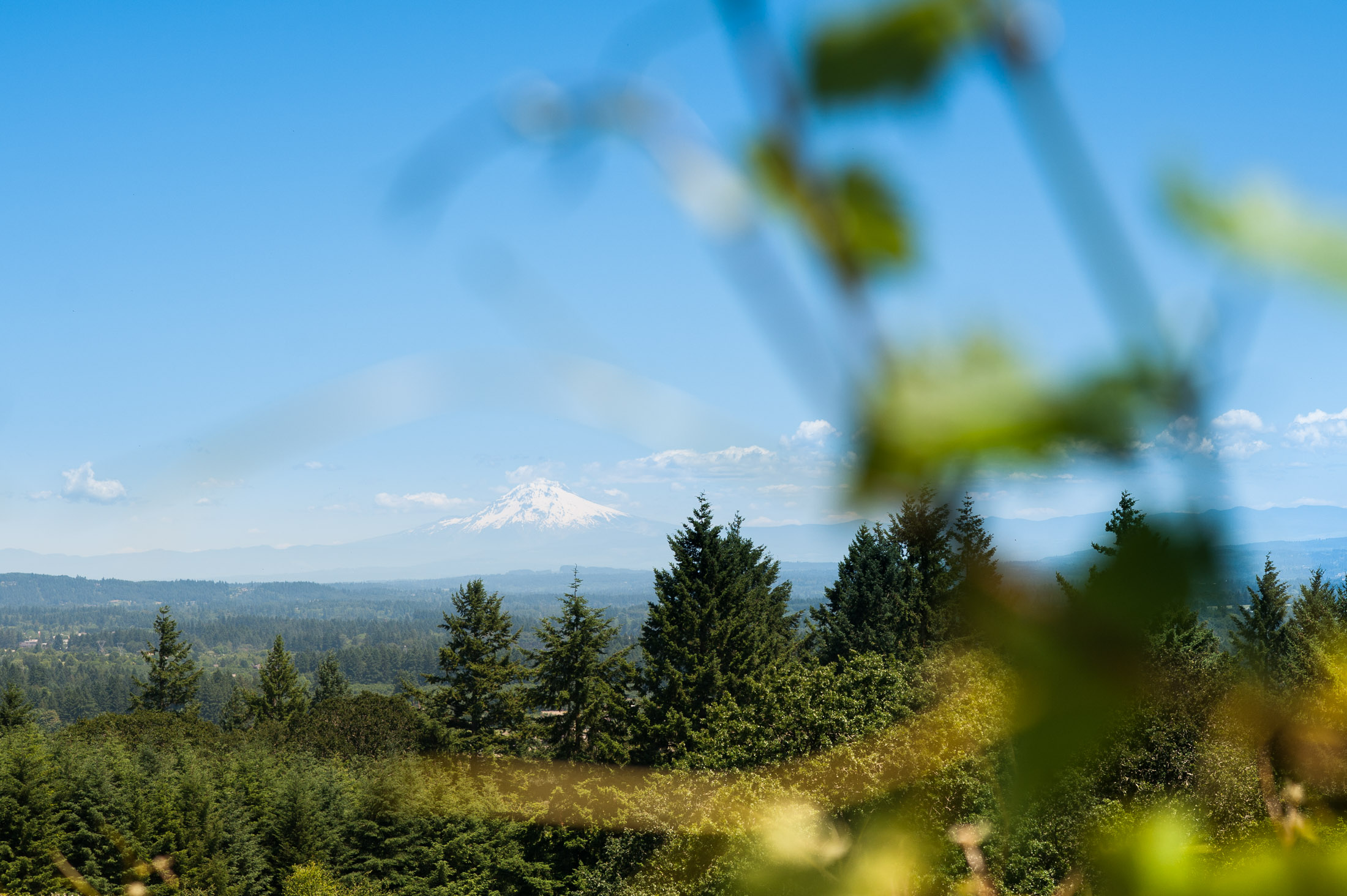 Standing inside a cool warehouse, surrounded by rack upon rack of oak and steel barrels in various stages of fermentation, Drew Herman was willing to let me taste as much wine as I wanted. We’d already sipped several still-in-process pinot noirs, with countless tastes reflecting the many variables at play: grapes, yeast strains, toast of the oak barrel, and more. We sampled pinot noirs fermented with two different variants of a Swiss clone called Wädenswil; we sampled wines at different stages of fermentation; we sampled wine from new barrels. 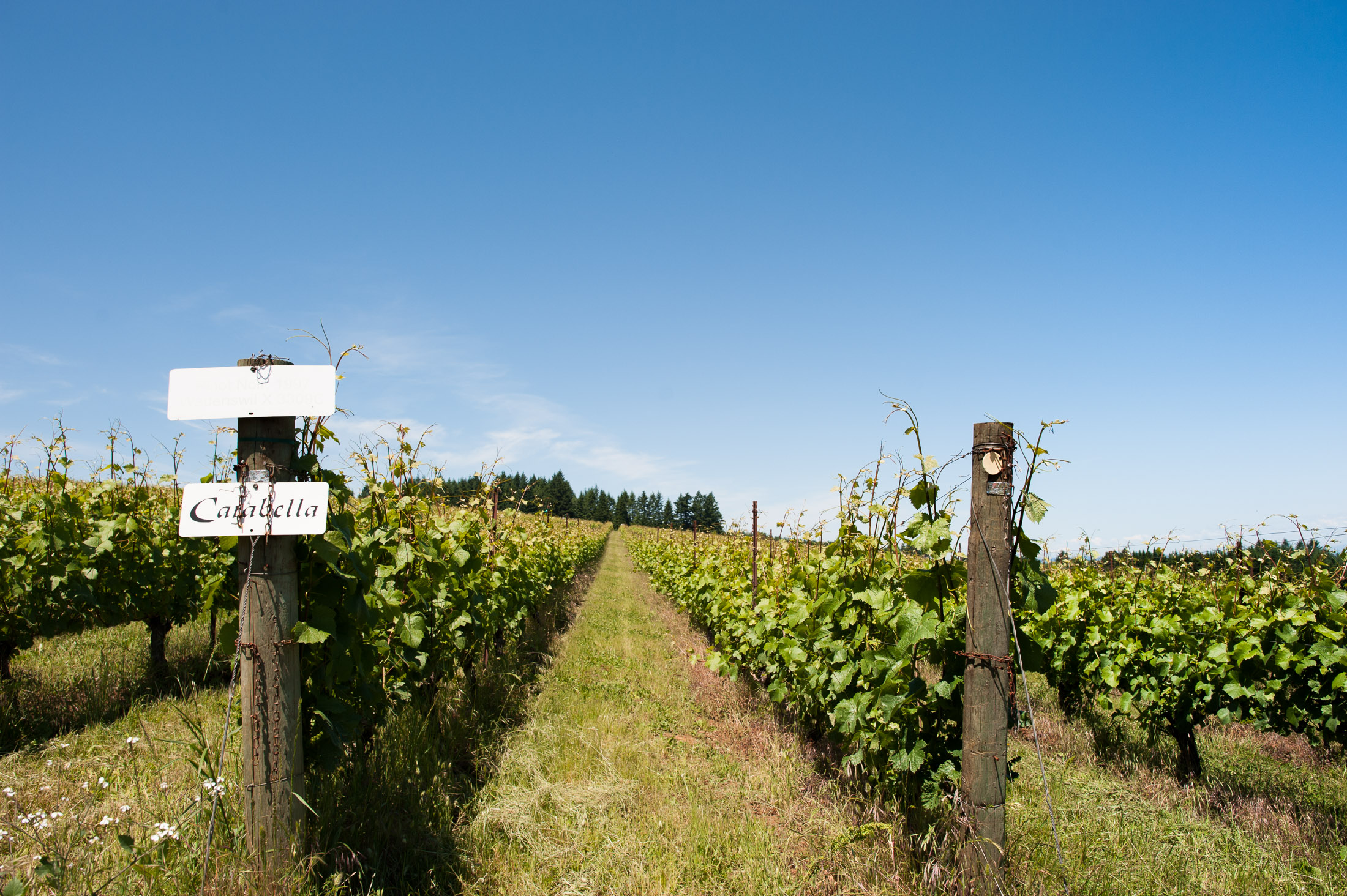 The wines’ flavors and bouquets were subtly, yet remarkably different when tasted in succession, and Drew easily rattled off tasting notes, information on the yeast strains, and planting locations of the grapes. It was only when we moved on to sample a few chardonnays that I remembered how new Drew was to the wine industry. “I guess we should have tasted the whites, first, huh?” he called back over his shoulder as he strode towards a new section of barrels. Yet, this “out of order” tasting didn’t affect my appreciation of the chardonnays, and in fact, shone light onto the remarkable level of ease Drew exudes both in the vineyard and in the wine warehouse after a mere nine months working as Mike Hallock’s right hand man at Carabella Vineyards. 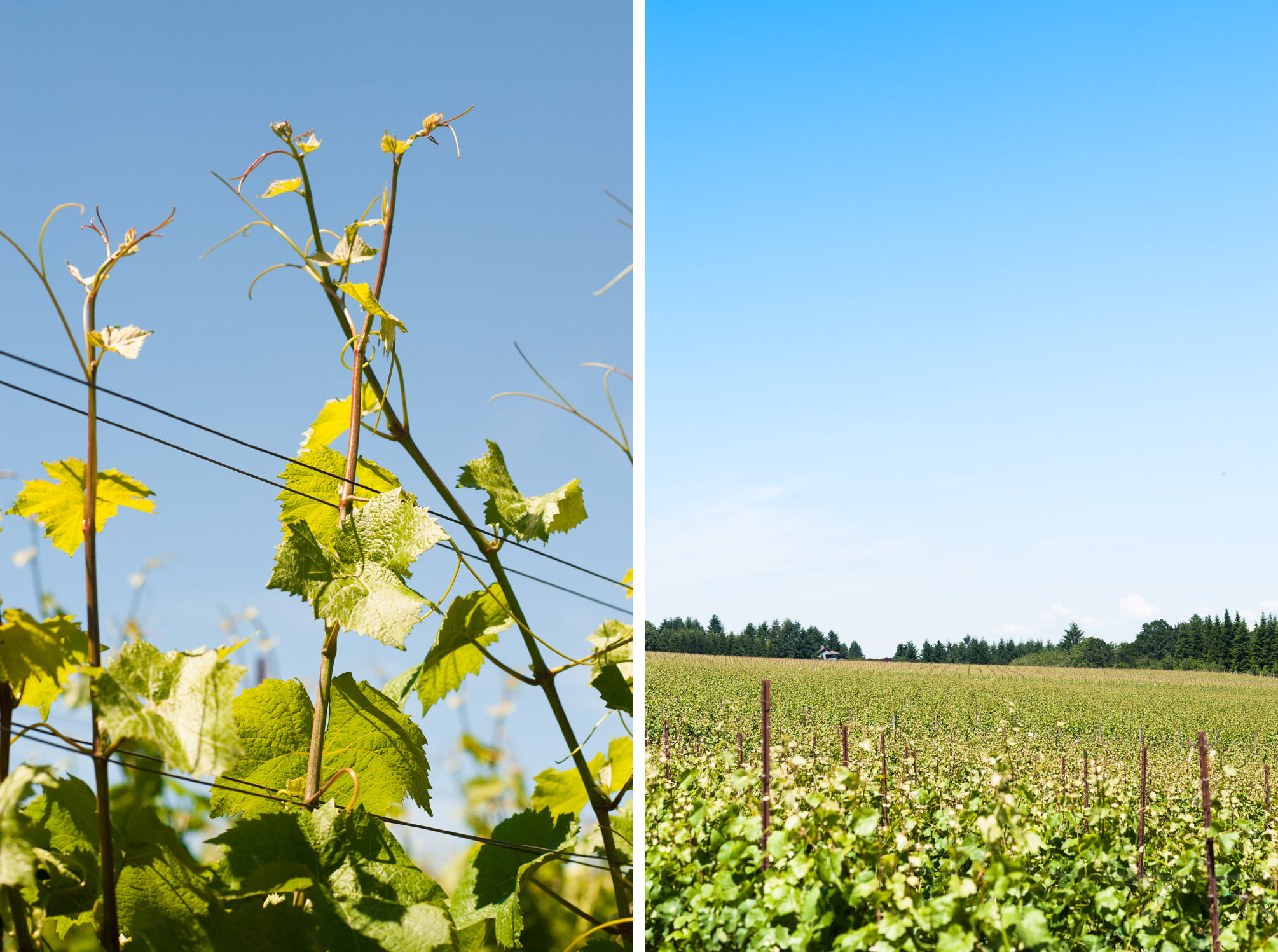 Originally from Oklahoma, Drew moved to Portland for varied reasons several years ago, most of which relate directly to agriculture. As a child and teenager, Drew was surrounded by ranches and bull riding, and was a dedicated participant in Future Farmers of America (FFA), recalling that he was “competitive” in horticulture. Yet it wasn’t until midway through college that he began to consider a career in anything related to agriculture, eventually taking enough botany classes to qualify for a minor.

Drew had heard about Zenger Farm (and Zenger’s farm internship program) well before he moved to Oregon. “It was a pipe dream. I was a junior still. I was studying ecology and was like, there’s gotta be better ways to do this stuff,” Drew told me as we wandered through Carabella’s fifty acre vineyard, looking both at vines and at the awesome view of “four and a half” mountains (Mt. Adams, Mt. Hood, Mt. Saint Helen’s, Mt. Jefferson, and a sliver of Mt. Rainier). With those “better ways” in mind, he “moved here and got a job with Zenger,” Drew said, in a succinct compression of a longer timeline.

It’s easy to understand Drew’s narrow timeline: things have progressed rapidly since Oklahoma. After finishing “the raddest job in the world” (Zenger), Drew transitioned into work as a crew member for Sauvie Island Organics, still seeking to immerse himself in the world of vegetable farming. He didn’t join Mike at Carabella Vineyards, or even consider a career in wine, until last fall, after some soul-searching and a bit of nudging from his fiancée and future in-laws.

“I had this realization that unless I owned property and farmed, I wasn’t ever going to pay back my student loans. My fiancée’s dad was like, why don’t get into wine? You have a science degree and love plants.” Drew laughed that he had never really thought about it before, because he’s from Oklahoma and there’s “not a booming wine industry there.” It may have been his future in-laws that administered the final push (“they had a meeting and decided my fate for me!”), but they pushed him wisely. Drew, through a stroke of fate and a dash of fortuitous timing, now works a job that cleanly integrates his love of botany and science and his desire for solitude at the workplace (“I like going up to the farm and not seeing anyone for eight hours”), while not forsaking his previous experiences as a vegetable farmer. After all, Drew is still farming: he’s farming grapes. 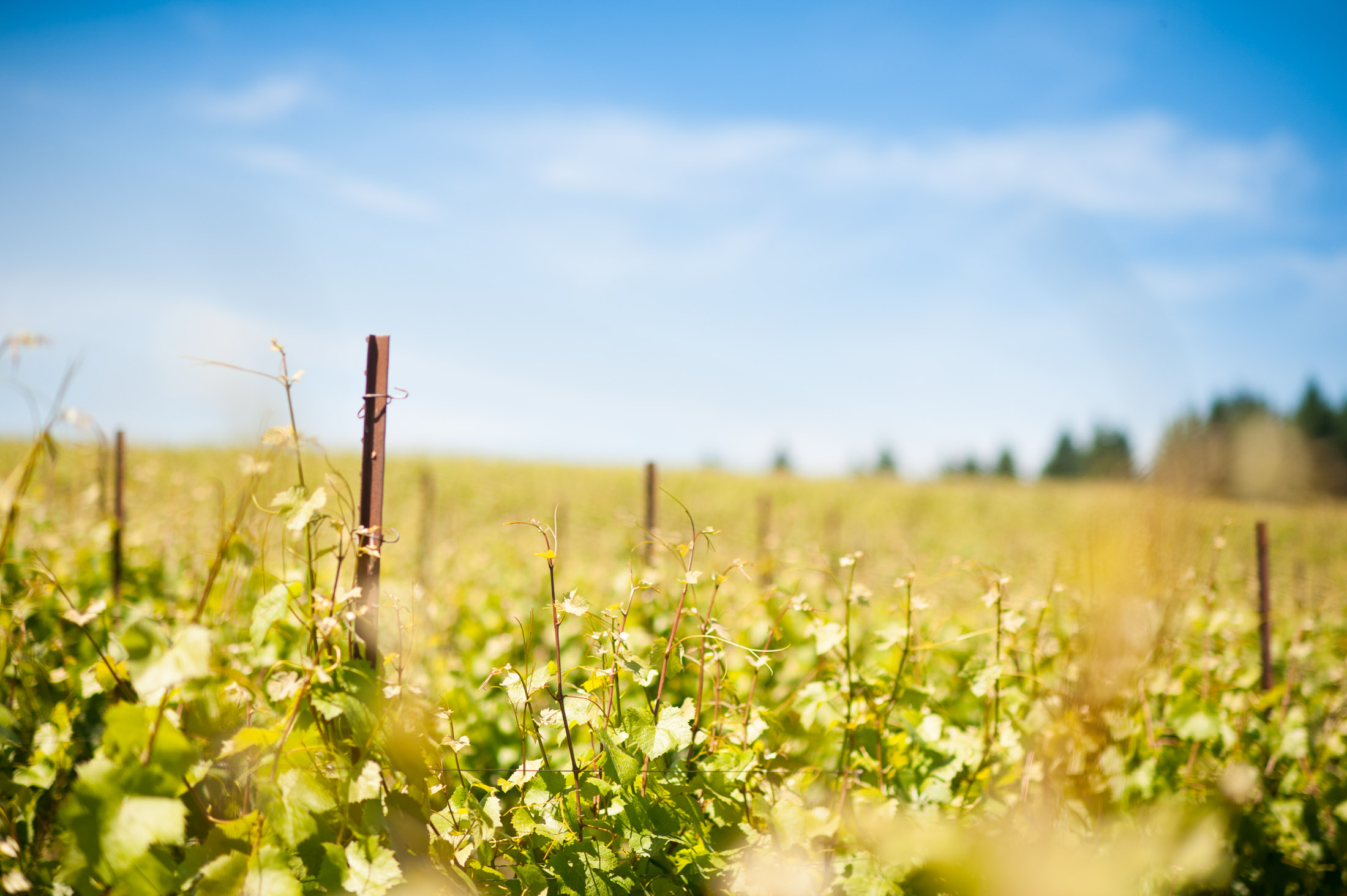 According to both Drew and owner Mike Hallock, Carabella Vineyards’ land was effectively cursed until Mike planted grape vines in 1996. “For about 100 years, it’s been under cultivation and every single crop has failed miserably,” Drew mentioned off-handedly when we first met. Halfway through our tour, we encountered Mike, who elaborated on this gloomy history. “Someone tried to grow strawberries, blueberries. Wheat and barely didn’t work out. It wasn’t a very good sheep pasture. A twenty year failure as a Christmas tree farm,” Mike recounted, adding that “it’s hard to fail at [Christmas trees]!”

These failures are inversely related to Carabella’s current success. A former geologist hailing from Colorado, Mike searched for years to find property with this land’s particular exposure and soil composition. Carabella rests on top of volcanic, well-draining soil, soil that’s so well draining that anything shallow rooted simply withers and dies when the temperatures rise and the rain stops falling. But not grape vines. We stood in front of Dijon 115 pinot noir vines and Mike gestured towards them. “Their roots are down who knows how far, but I promise you that they’re down six, eight, ten feet. And our soil is only four to six feet deep, so they’re going down in these fractures in the basalt for late season moisture,” Mike explained. 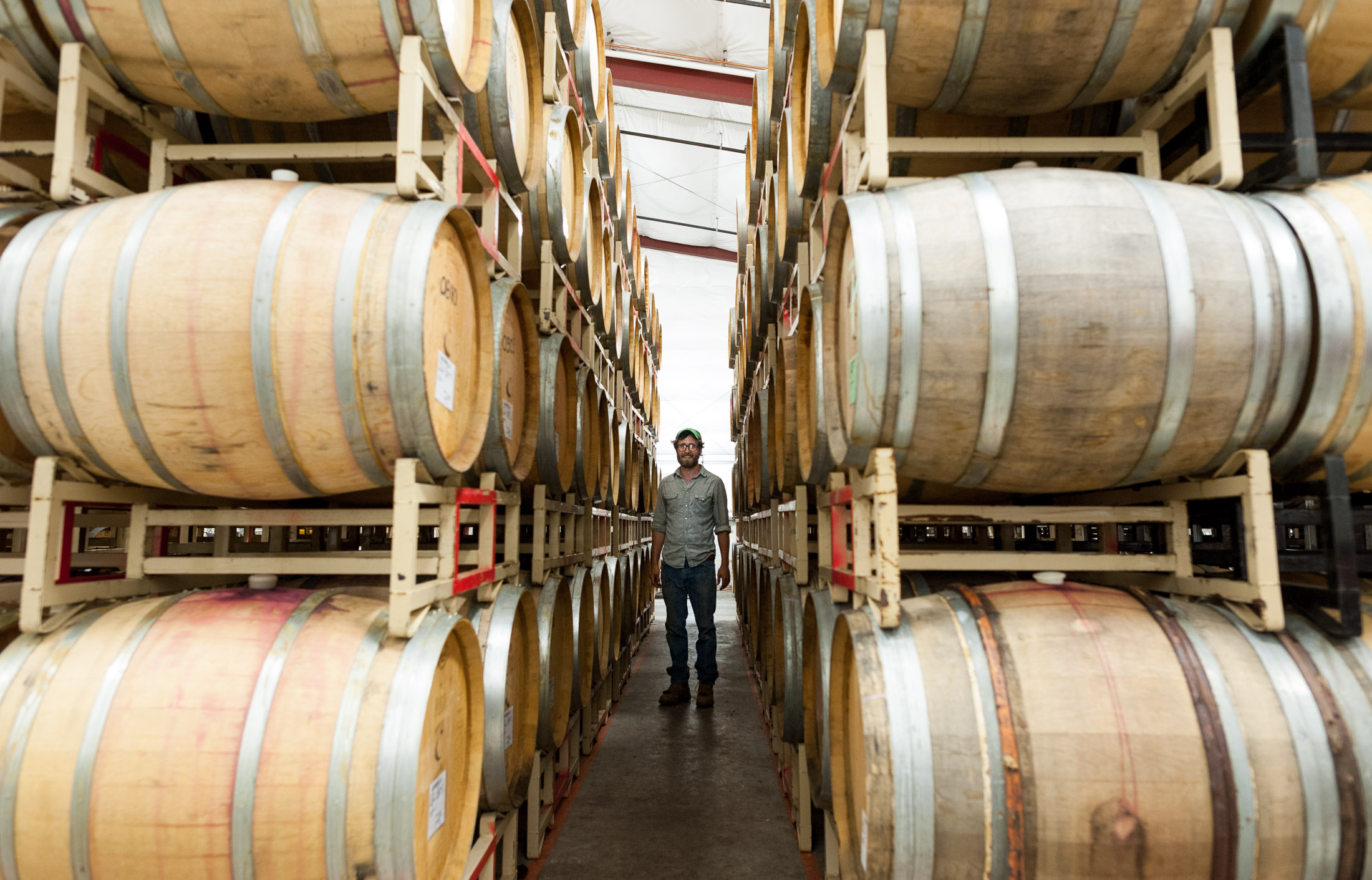 The vines’ burrowing and seeking capabilities mean that even without irrigation, the grapes grow plump and flavorful, harvested at their peak and then transformed into wines that speak to the site location (or even the microsite location, reflecting small changes in elevation and sun exposure). But allowing the grapes to plump up and then knowing when to harvest them isn’t the sum total of Drew’s current agricultural responsibilities. Though the 50 acres of grapes seem to blend together into one cohesive mass of green, each day Drew has to look carefully at varietal blocks, and then look with even greater detail at the nuances in that particular block, asking questions like: Are these vines too vigorous? Is there a nutrient imbalance? What did these vines look like last year at this time?

“When you’re managing grape vineyards, it’s all about sun, water, and soil,” Drew told me. “Each of these blocks, even though it’s the same clone in several places, taste completely different after fermentation. It really is because of the soil make up,” he emphasized, a composition that allows both for drainage, and (because of the percentage of clay composition) effective nutrient-holding. Drew stays aware of nutrient balances and resulting plant health by fertilizing the vineyard via cover cropping (a practice that’s helped the vineyard earn a Live Certified label). 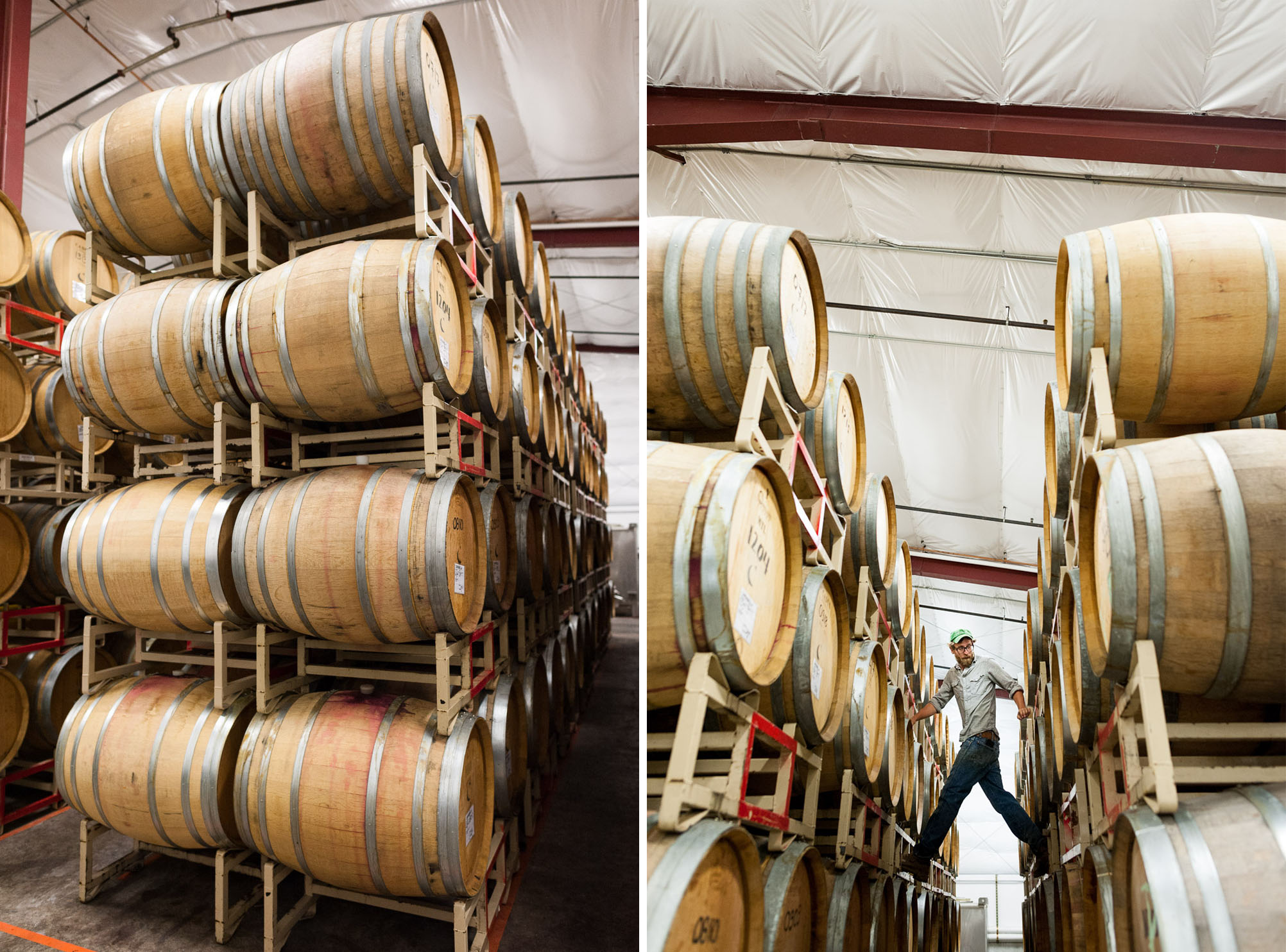 Drew and Mike cover crop in the same way a vegetable farmer will fertilize only after he carefully assesses the health of a particular patch of summer squash or the vigor of newly transplanted basil. As a farmer, a fermenter, and a self proclaimed nerd, Drew must ensure that when the grapes become wine, and when the wine is bottled, labeled, and shipped to locales across the country, the beverage is as flavorful and site specific as possible. As such, the men don’t practice a solitary approach for the whole vineyard, but rather, fertilize and nurture based on vine health and vine history.

“It’s precision agriculture,” Drew enthused. The deep and nuanced flavor that they aim to coax from the vines will only happen if those grapevines aren’t producing too much fruit. Using his vegetable growing experience to explain, Drew elaborated that he monitors vine and fruit health in the same way a tomato farmer might monitor his Brandywines and Early Girls. “If you have a tomato plant and there are thirty tomatoes on it, and you cut them off and leave five on there, then all the energy the plant has and all the phenolics it’s picked up out of the soil, is concentrated into those five fruits.” 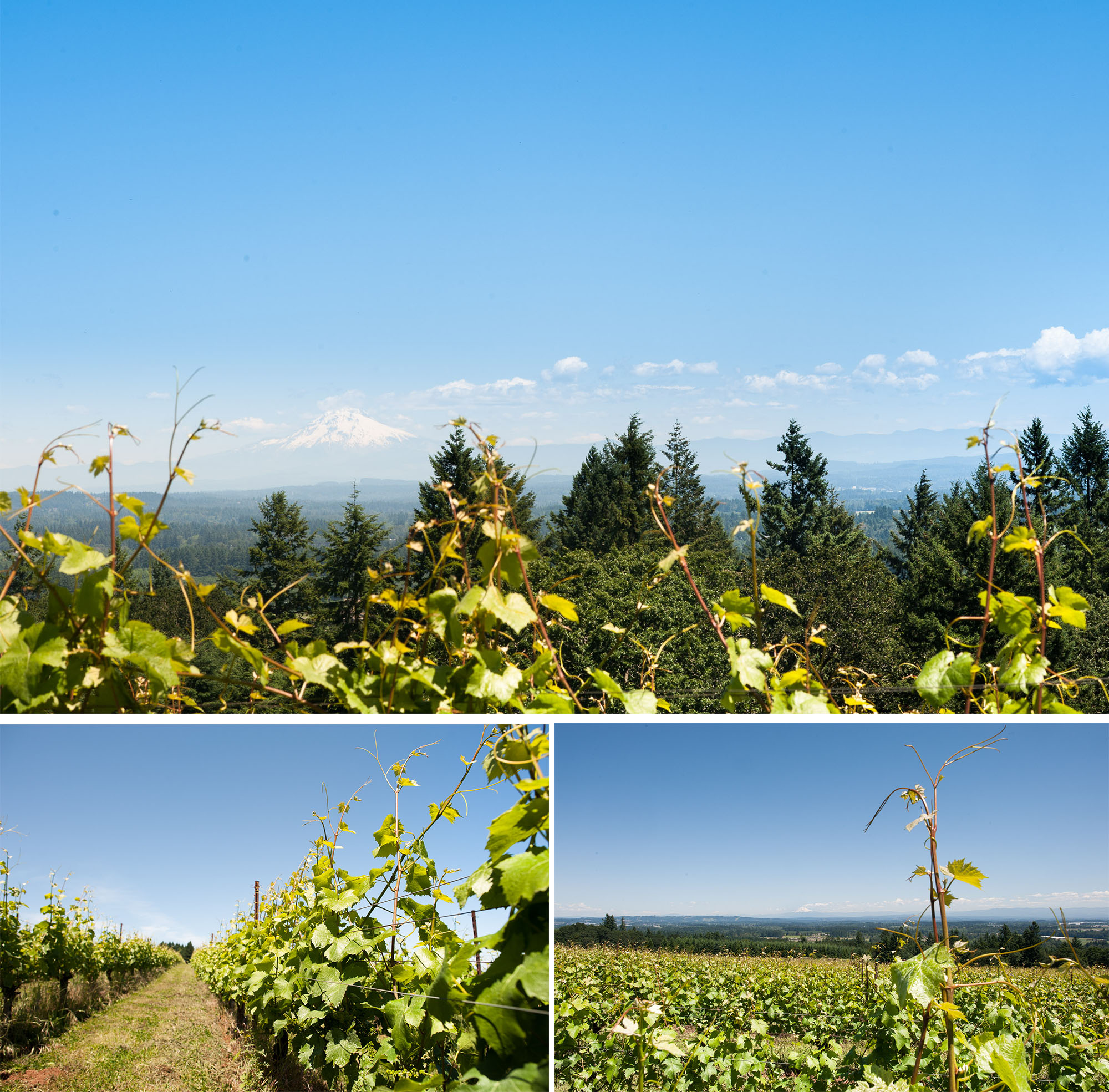 Though I only spent a few hours with Drew, at the vineyard and later at the Tualatin warehouse where Carabella ferments and bottles, he appeared at ease in this still-new life, reflecting on favorite vintages and musing about isolating specific yeast strains for future wines. In a short period of time, he’s transformed himself from a casual wine drinker and agricultural ambler to someone who notices specific flavors and terroir in what he drinks, someone who can spend hours pouring over lab results on vine health or dive into the details of fermentation, but also a person who talks with kid-like excitement about wine, which he describes as “a creature and it changes. It’s nuts how you’ll drink a bottle of wine and drink it two months later and it’s a completely different bottle of wine!” 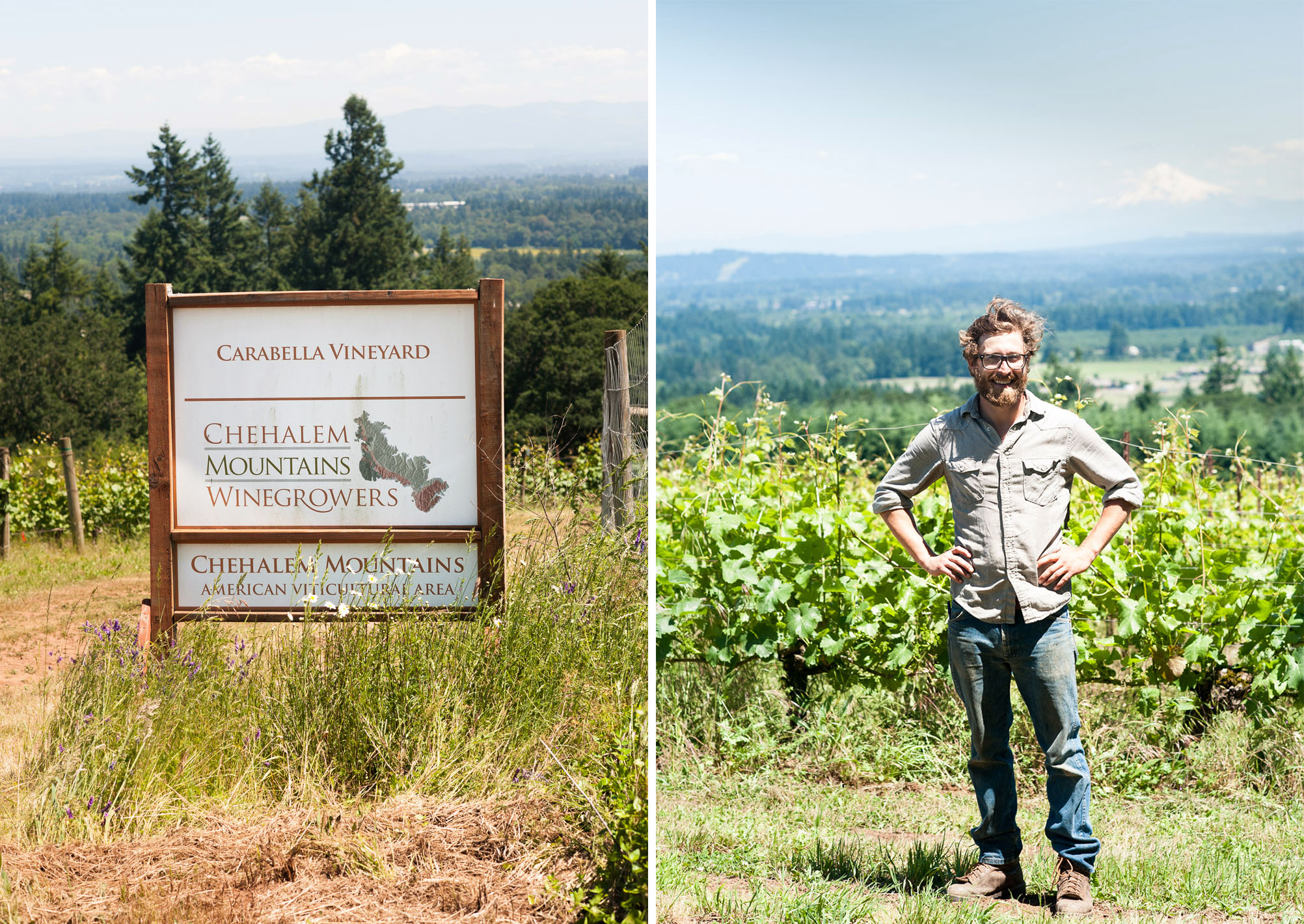 Drew might not have gulped up knowledge so rapidly, if not for finding a mentor and kindred spirit in Mike. Zenger’s internship program is based around a close mentoring relationship between Bryan Allan, Sara Cogan and each year’s three interns. When we talked a few days ago, Allan elaborated that he strives to make each relationship as open and accepting as possible, in an effort to facilitate a learning environment that allows for mistakes, questions, and knowledge retention.

Mike isn’t running a formal internship program at Carabella – Drew is a paid employee and expected to act as such – but Mike was warm, self-deprecating, and gregarious in person, and it’s fun to imagine the two of them talking about vine health and going off on conversational tangents. “Working for Mike is interesting,” Drew said, as we headed towards our cars to go taste wine. “Rather than telling you what to do, he tells you why you’re doing it. It’s hard not to learn when you’re around him,” Drew stated. Treating Drew as a close assistant, Mike toes the line between encouraging him to be independent and helping him navigate through new responsibilities. Drew has responded by independently studying vineyard management and fermentation in his spare time. 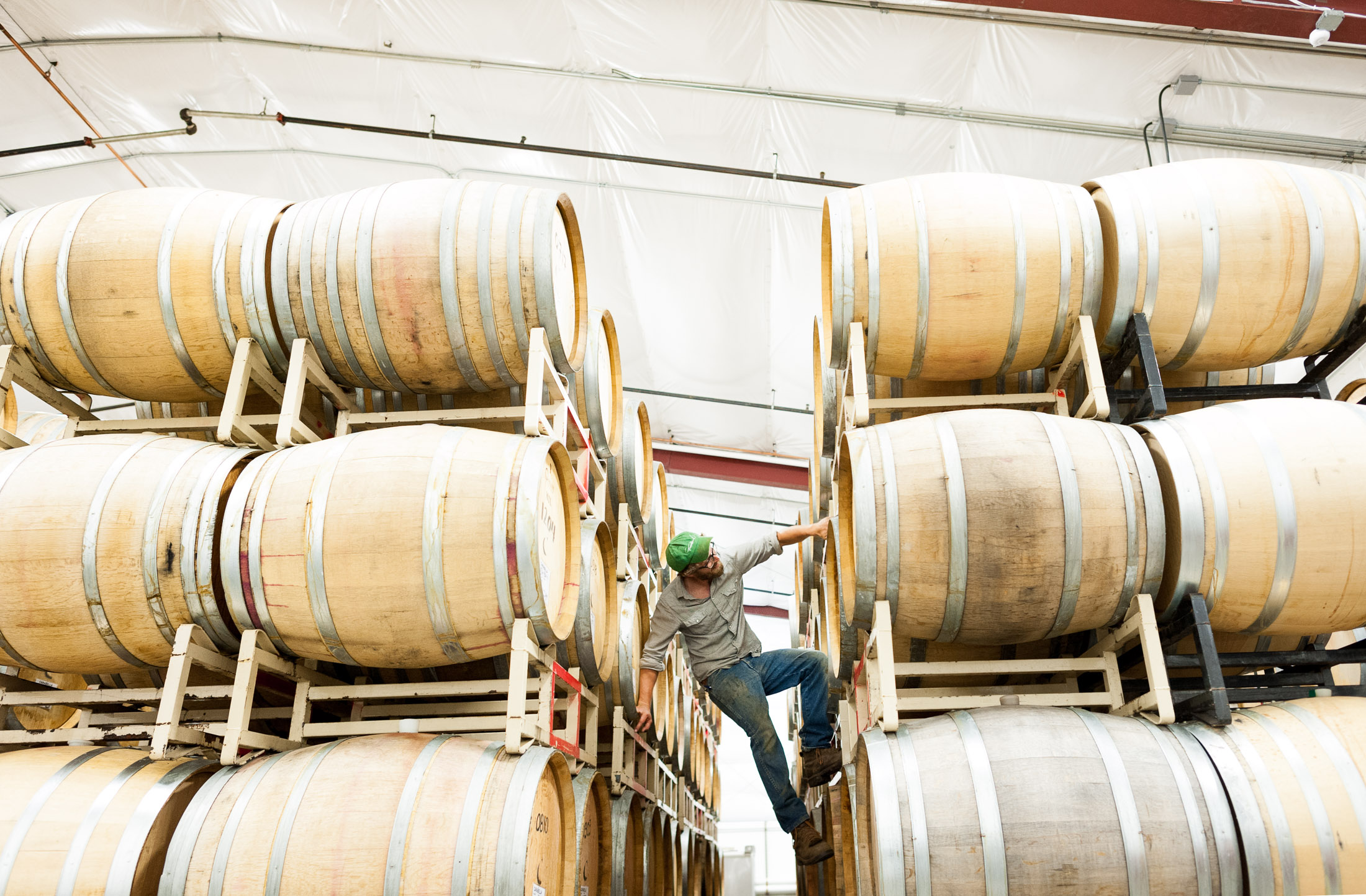 Drew half-admitted, half-joked that he was “obnoxious” while an intern at Zenger (a detail unconfirmed by Bryan and Sara). “I was so driven when I was there,” he recalled, explaining that he would suggest new ways to perform tasks, suggestions that the experienced farmers had already considered when creating the internship curriculum. “I probably drove them crazy,” he added. Drew might have been an eager yet agitated learner at Zenger, but at Carabella, he’s eased into a role, and a relationship, that fosters his zeal for knowledge but moderates his “nervous energy”.

Speaking with focused intensity tempered by jokes, Drew demonstrated an excitement and growing knowledge base that felt contagious. As we tasted our way through the barrels of fermenting pinot noir, Drew talked casually about Mike and Carabella’s reputation, using words like humble, passionate, unpretentious.

As it turns out, Drew’s future in-laws were exactly correct to encourage this career switch. At Carabella, Drew is able to employ precision agriculture, mixing science and the outdoors, and then consult with a true expert in wine and humility. “The only way to really learn is to not be pretentious. It took me years to figure that out,” Drew said matter-of-factly. Drew’s original inspiration in coming to Portland - a search for “better ways to do this stuff” - reflects a feeling shared by many eager and passionate learners, especially in agriculture, where the bad old ways make themselves continuously apparent. But just as age tempers the powerful initial flavors of a fermenting wine, so does the presence of a patient mentor transform a student’s eager graspings into careful, humble, and no-less-passionate precision.