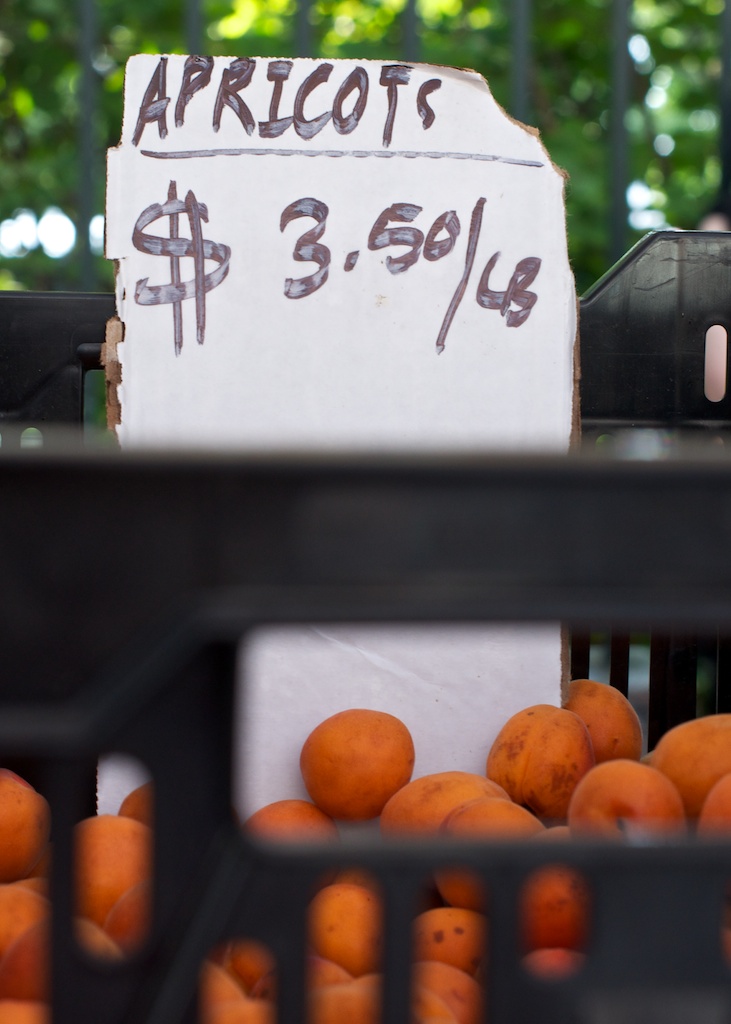 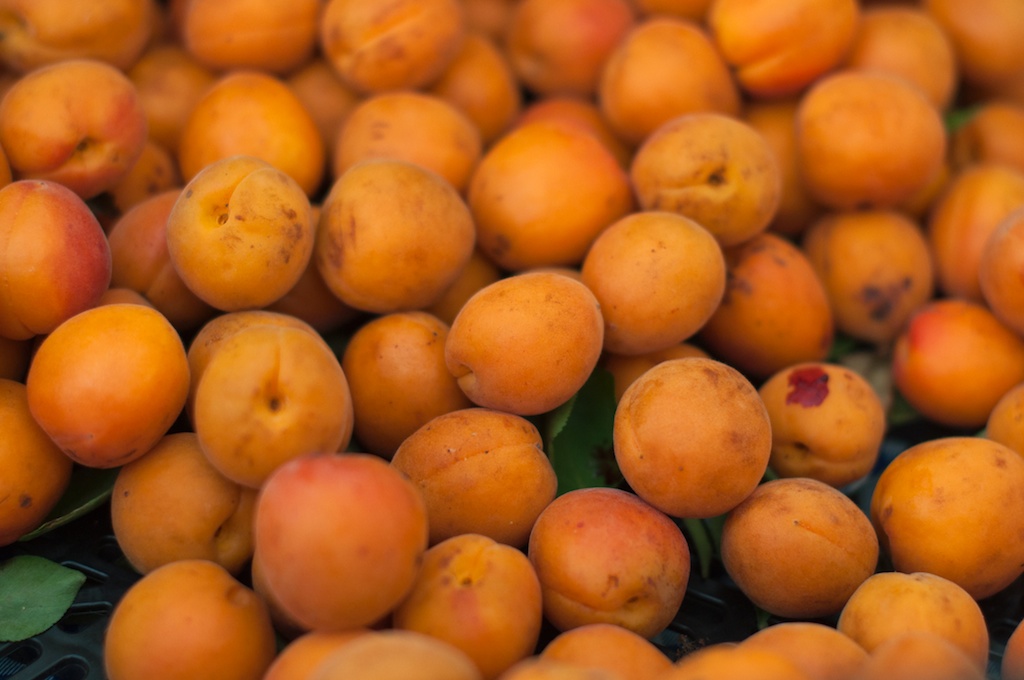 Although I’m most familiar with apricots in the dried form-- an especially tasty snack for a road trip--apricots are found in culinary traditions ranging from Chinese to Mediterranean. I tend to feel a more immediate pleasure from biting into a peach, but I love the gentle, musky sweetness of apricots in baked goods.

Apricots are a stone fruit, related to peaches.  Introduced to the US by Spanish missionaries, apricots have been cultivated in Armenia and China since ancient times, explaining why apricots’ scientific name is Prunus Armenaica.  Apricot varieties are either early-blooming or late-blooming, and there are multiple varieties of each.  You may recognize the late blooming varieties Jerseycot or Tisdale or the early blooming variety Blenheim.

In season apricots should taste juicy, lush, and slightly malty.  Often, apricots have the tendency to taste slightly mushy with dry skin.  They’re a finicky fruit--they neither travel nor store well, which may explain the propensity of dried apricots in recipes instead of fresh. 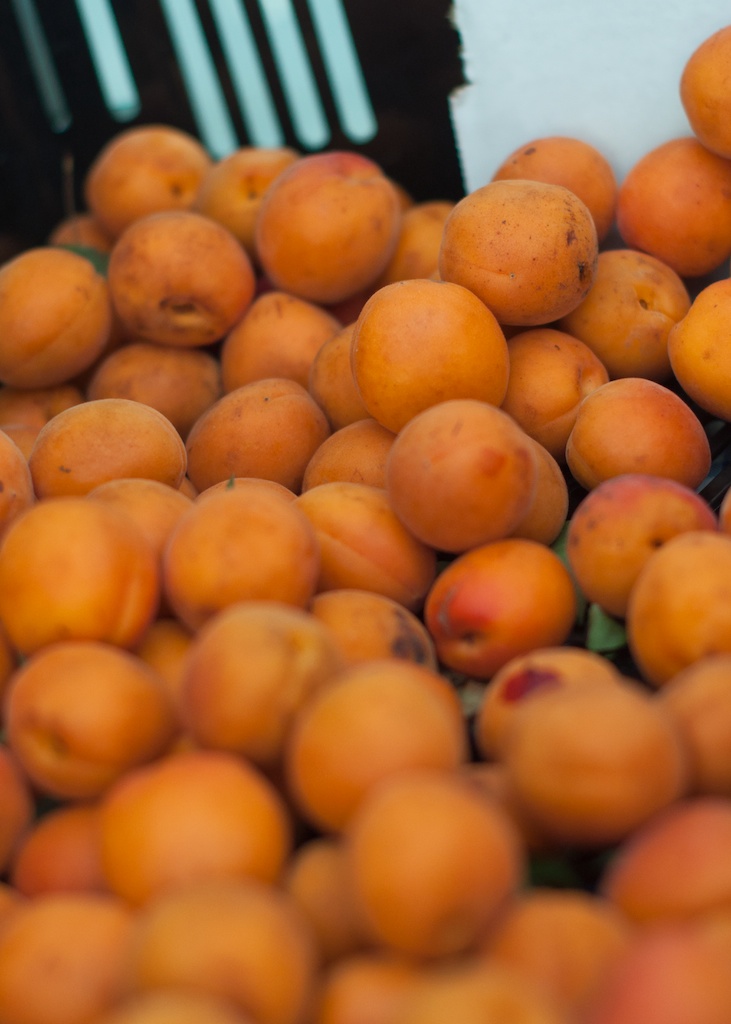 Search for apricots that are firm but not rock hard.  You should be able to smell a delicate aroma when picking them up (or when you pass by a crate of them).  As is the case with other fruits, such as tomatoes, try to eat them quickly and avoid refrigerating them (or you’ll be left with a fruit devoid of flavor).

There’s no need to peel apricots before eating them, but if you do, realize that they oxidize quickly, rendering their orange complexion into something brown and unappealing. If your preparation calls for peeled apricots, peel them right before serving them. 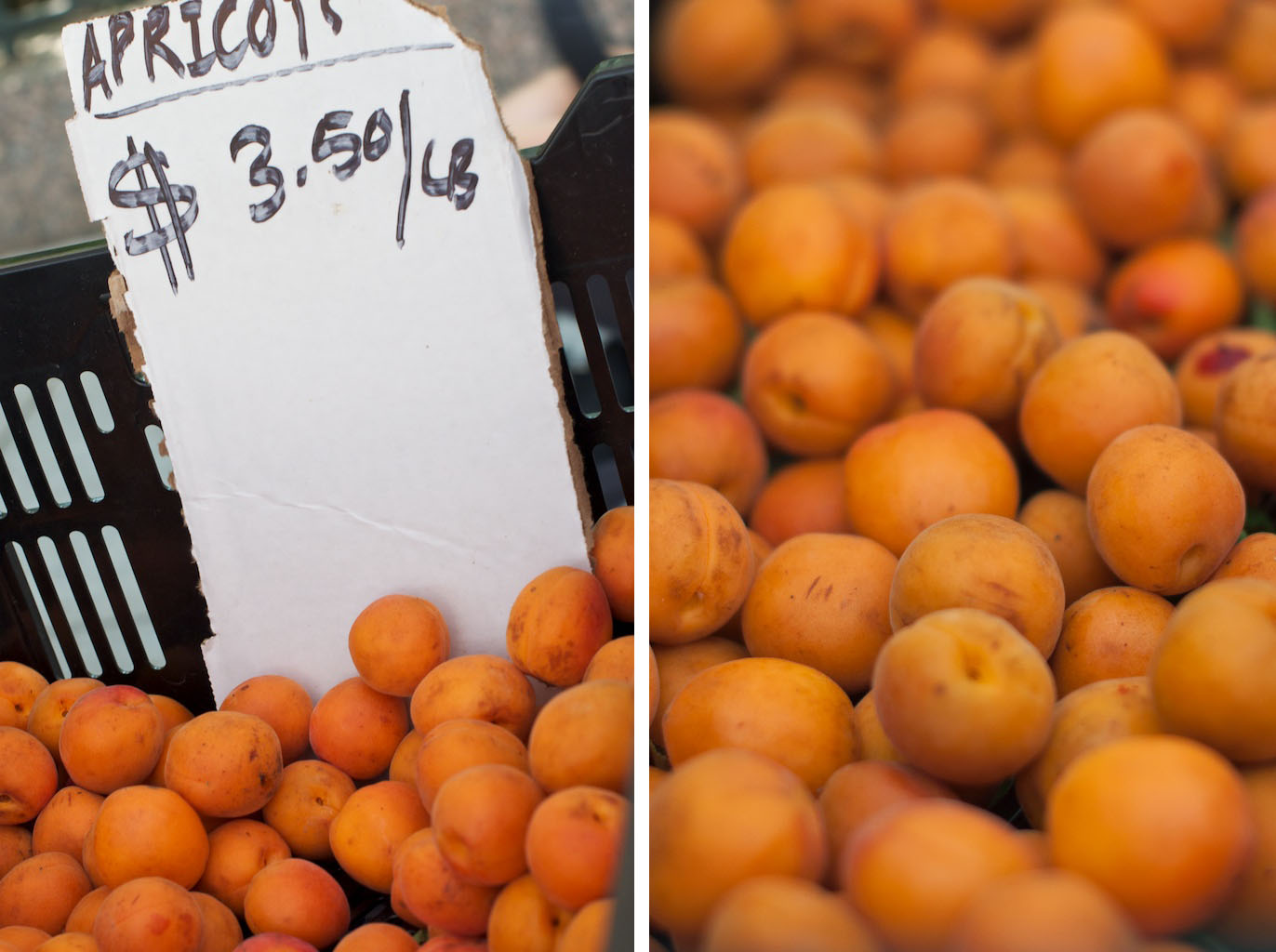 When I was searching for apricot recipes this weekend, I noticed how frequently the fruit is paired with lamb dishes and used in Indian-style chutneys.  Apricots also pair well with a variety of nuts such as  almonds, pistachios, hazelnuts, as well as herbs and spices like rosemary and saffron.  If you’re searching to do something more creative than merely eating them, consider pairing them with honey and a selection of cheeses.

Apricots grow best in dry climates that aren’t subject to erratic temperature fluctuations.  Apricots are available from May to August in more temperate climates like California and Texas.  Apricots start to make their appearance at New York markets at the end of July.

Apricots are exceedingly difficult to grow in New York’s climate, making Red Jacket Orchards' crates of apricots, 30 varieties in total, all the more impressive.  New York falls at the northern edge of of a suitable climate for stone fruits.  Morning frosts can stretch well into late spring and many regions’ soil is too shallow or wet. 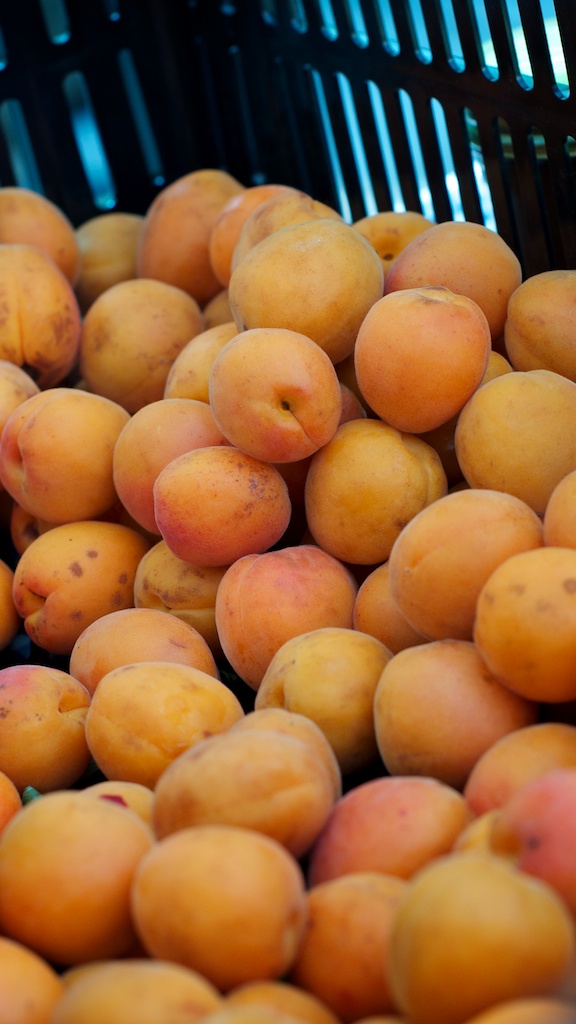 Several agriculture sites recommended planting orchards on slopes near lakes to cushion the trees against temperature fluctuations.  The Northeastern farmers who are growing apricots have learned to select varieties that either bloom later or have a long blooming season.  The Jerseycot variety I mentioned is a cross between a central Asian variety and a French variety.  The Jerseycot blooms two weeks later than most American apricots.

Apricot pickers with similar immigration stories (fantastic pictures in the article, as well):

Using apricot seeds as a homeopathic treatment for cancer