Earlier this year I read Joan Gussow’s memoir, This Organic Life. Along with gaining a new role model (albeit unknown to her), I also added several of the recipes Gussow sprinkles throughout her book to my must-make list.

Gussow’s recipes excel at being just-enough. As in, you put in just-enough seasoning and time to make the ingredients pop. In February, I placed bookmarks beside all of the recipes I wanted to try this summer, including this tomato glut sauce. 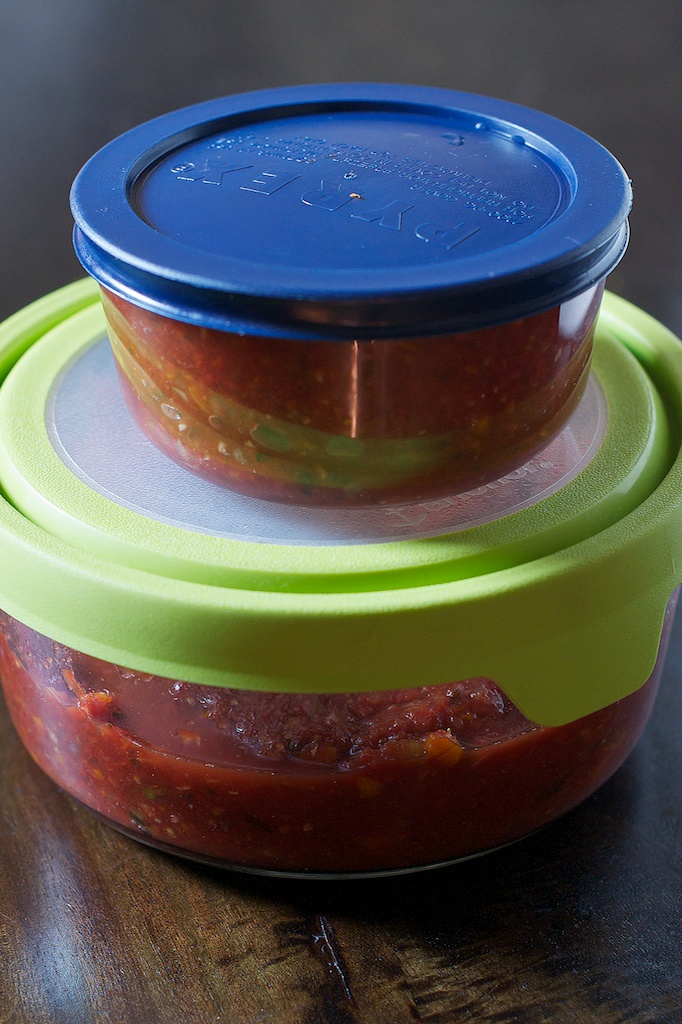 Joan lists several tomato storage techniques that help her “get through the winter”. And though I just returned from today’s Union Square Greenmarket, where tomato-red seemed more prominent than any other color, and nearly every farmer (including flower growers!) were selling luscious-looking tomatoes, I know that in several months the tomatoes will be gone. And I know that several months after that, I’ll be sick of root vegetables and craving a way to spice up our dinners. 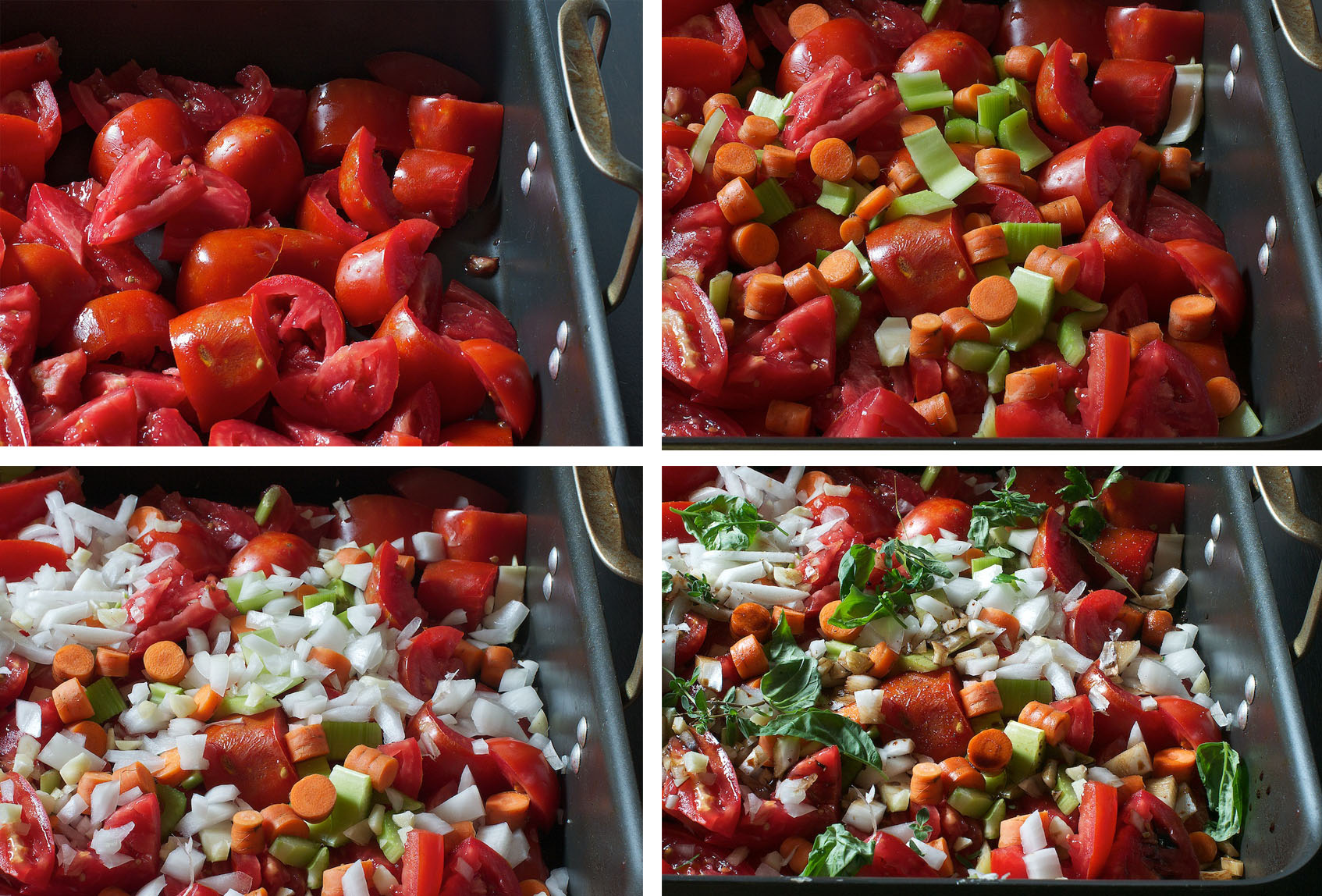 Because Joan eats almost exclusively from her large garden, she understands the importance of making in-season ingredients last as long as possible. Her tomato glut sauce is as flexible as a recipe can be. The two ingredients that must go in are tomatoes and balsamic vinegar. Everything else depends on what else she has in her garden at the time--celery, onions, eggplant.

I roasted my tomatoes with celery, carrots, onions, and several herbs from our fire escape garden. After roasting for 45 minutes, and resisting the urge to eat my creation right then, I briefly pulsed the roasted tomatoes and vegetables, before distributing the sauce into glass containers. 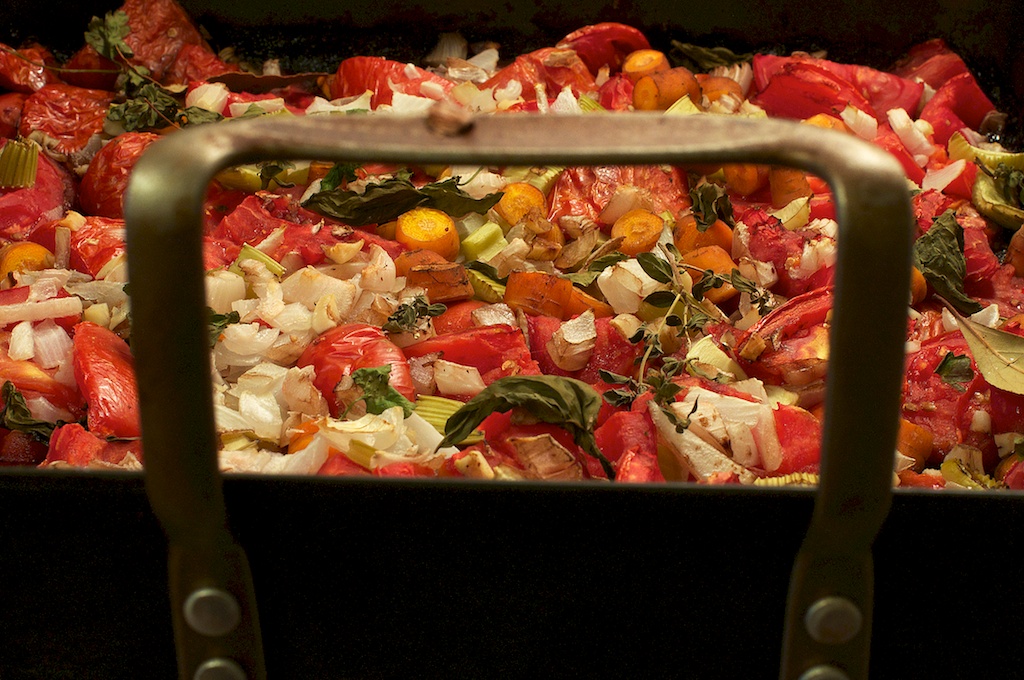 If you know a farmer who has especially good tomatoes and you have some spare time, make Joan’s glut sauce. If you’re in the New York area, my favorite tomatoes are grown by Stokes Farm, Cherry Lane, Eckerton Farm, and Bodhitree. In December, you’ll thank yourself! 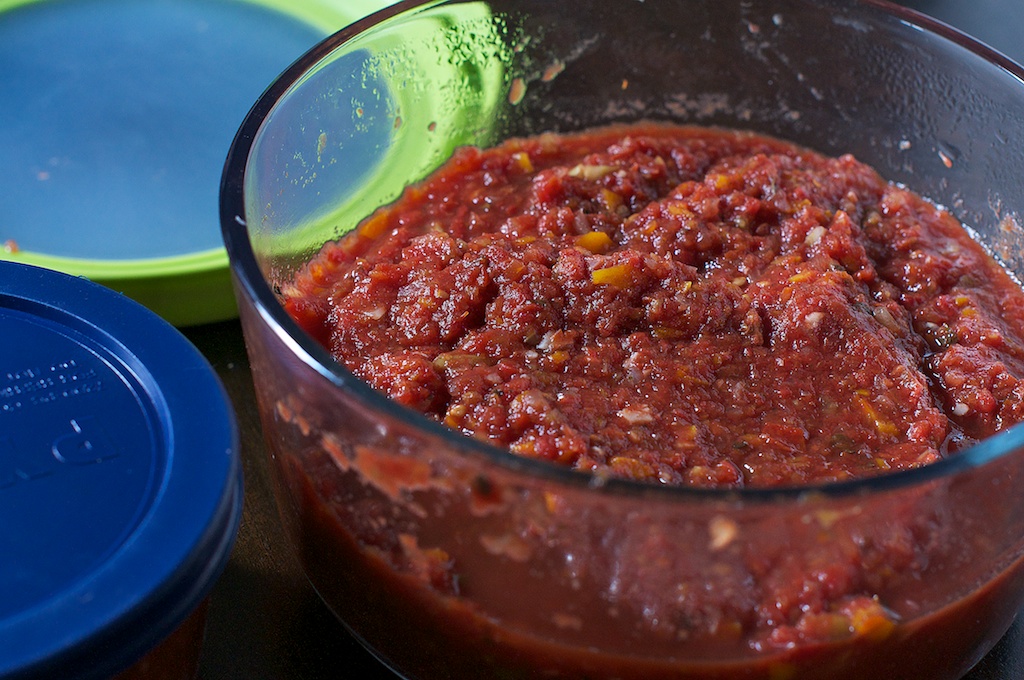 1 1/2 tablespoons each of oregano, basil, and parsley

2) Put all of the ingredients into a roasting pan. Roast for 45 minutes (or until the vegetables are soft).

3) Briefly process in a food processor (or with a blender), leaving the sauce slightly chunky. 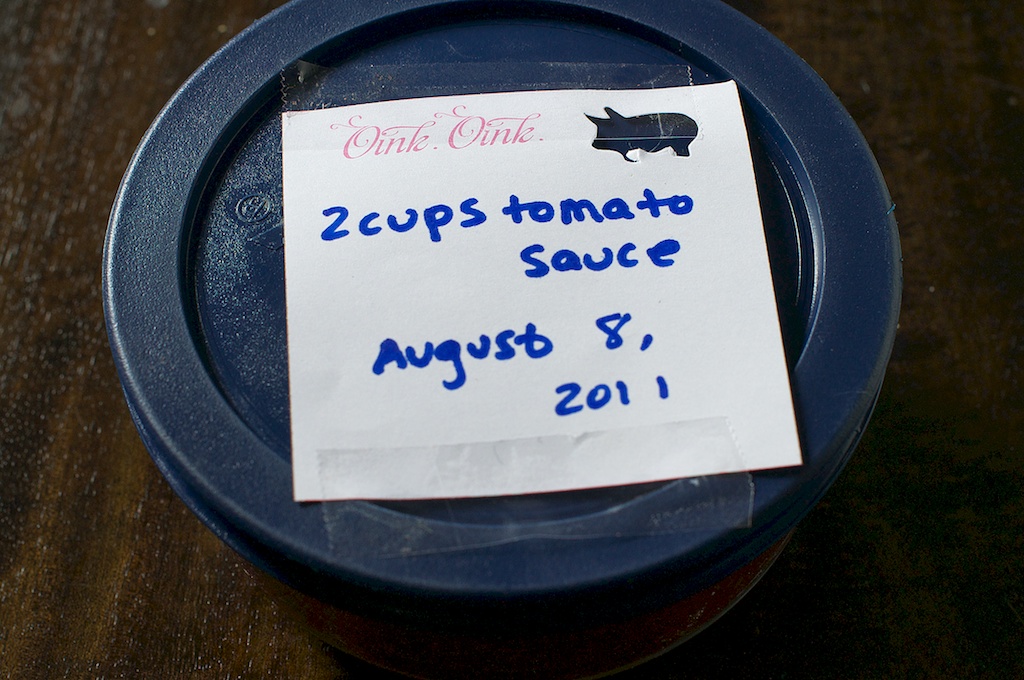