Governors Island is a 172 acre island located half a mile from Manhattan and Brooklyn.  About 100 of those acres are actually landfill from the Lexington Avenue subway stop excavation in the early 1900s.

The island has a varied history, serving as a base for multiple different Army operations, that spanned the Revolutionary War through the Cold War.  In the 1960s, the island was given to the Coast Guard.  The Coast Guard used it as a self-contained residential community and at the peak of its operations 3,500 people lived on the island. 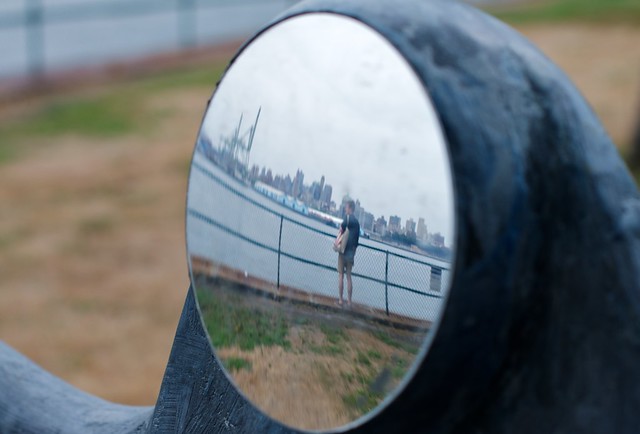 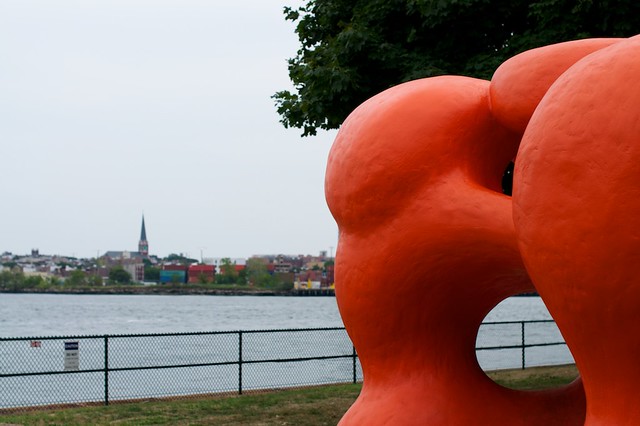 Governors Island opened to the public in 2007 after being sold to the residents of New York in 2003 (except for 22 acres that are maintained by the Park Service).  In the three years since its purchase, the island has hosted hundreds of thousands of visitors each summer and early fall, all eager for a relaxing retreat. 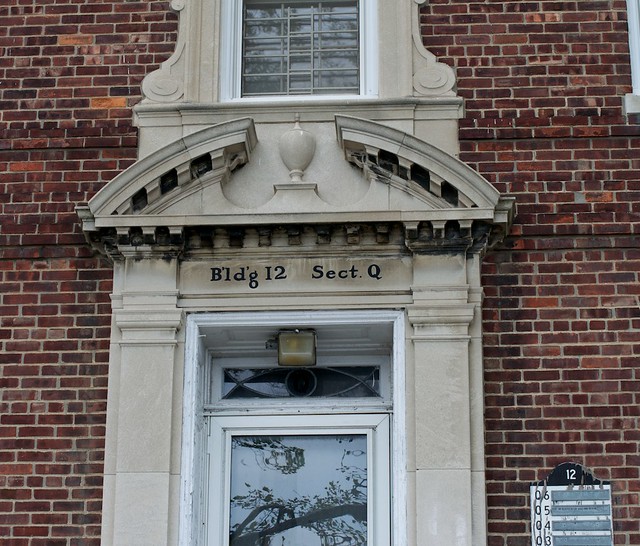 The island felt other worldly.  The yellow homes, military housing, and apartments (except for those being used as test sites for firefighters!) were in well maintained physical condition. It seemed like those who had lived there had peacefully disappeared, leaving everything in a neat state.  There's even a drained swimming pool behind one of the houses. 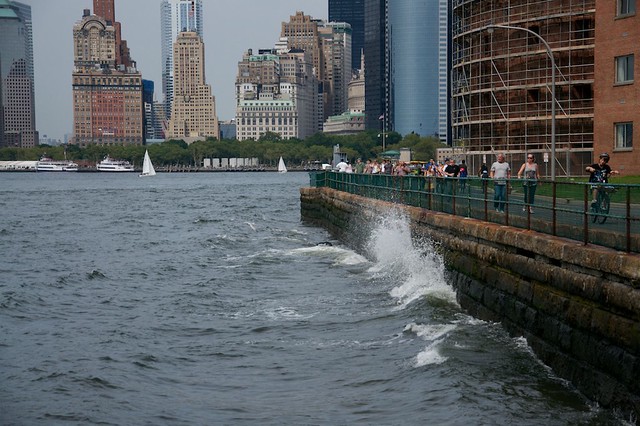 The most common sound I heard on the island was laughter.  Honestly, I haven't been around so many relaxed people in quite a long time.  Visitors were biking on both bikes and quadricycles, picnicking, participating in 'fitness boot camp', learning how to trapeze, reading in giant red Adirondack chairs, and napping in hammocks.

For our first visit, we chose to simply stroll around the island.  Our walk gave us up close and personal views of the Statue of Liberty, a giant cruise ship, and the Staten Island Ferry.  The island provides a  unique view of lower Manhattan; Wall Street and Battery Park City eclipse most of the other other buildings on Manhattan, leading to a skewed perspective of the city. 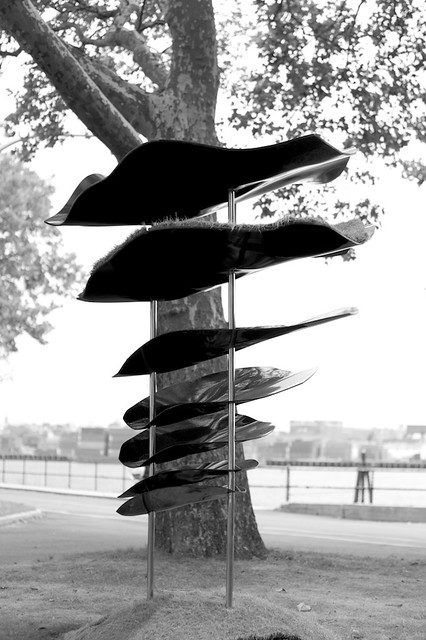 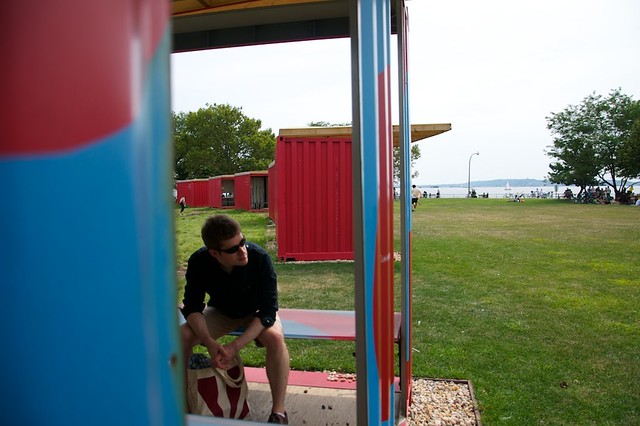 Landscape architecture firm West 8 continues to work on renovating the island.  You can read about their truly amazing plan in its entirety here.

And the best part?  It's only 3 minutes from our apartment!