On Saturday, we joined hundreds of other people at Taste of Tribeca.  Founded in 1994, the event raises money to benefit Tribeca's two public elementary schools, PS 150 and PS 234.

In our time since moving here, the only Tribeca restaurant we’ve been to is the hot bar at the amazing Whole Foods.  It was clearly time to learn more about the neighborhood's restaurants.

Situated in lower Manhattan, Tribeca’s name is a portmanteau (blend between two or more words) of ‘Triangle Below Canal Street’.  The neighborhood is a mix of business and residential.  Many old industrial lofts have been converted into residences.

Taste of Tribeca was one of the better organized events of its kind that I’ve been to.  There was special effort put into arranging the tables in an accessible way, with the middle being used for seating and standing tables.  Most restaurants  clearly indicated what they were serving and despite the crowds, there was never a line longer than a minute.  Restaurants dolled out generous portions sizes and did not skimp on seasoning. 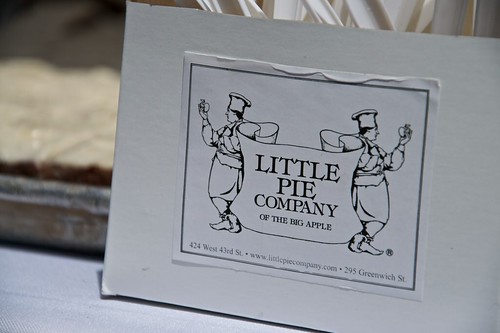 Incredibly, the organizers of the event seemed to capture nearly every restaurant in Tribeca.  Some of the mini plates were quite creative, while others were a disappointment.  At least three tables were serving a variety of porcini ravioli; we tried one from Scalini Fedeli.   The tastes that still remain with me three days later include the applesauce carrot cake from the Little Pie Company, grilled octopus salad with smoked chickpeas from Terroir Wine Bar, and the light-as-air strawberry parfait from Bouley. 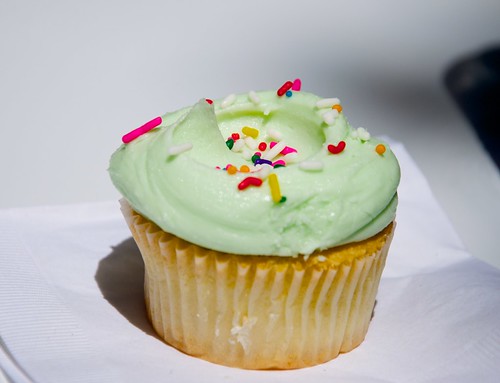 Overall, we left full and satisfied, especially because we ended our morning with tasty Billy’s Bakery cupcakes:  Billy’s staff was expertly frosting the cupcakes at the stand and each bite was pure enjoyment.