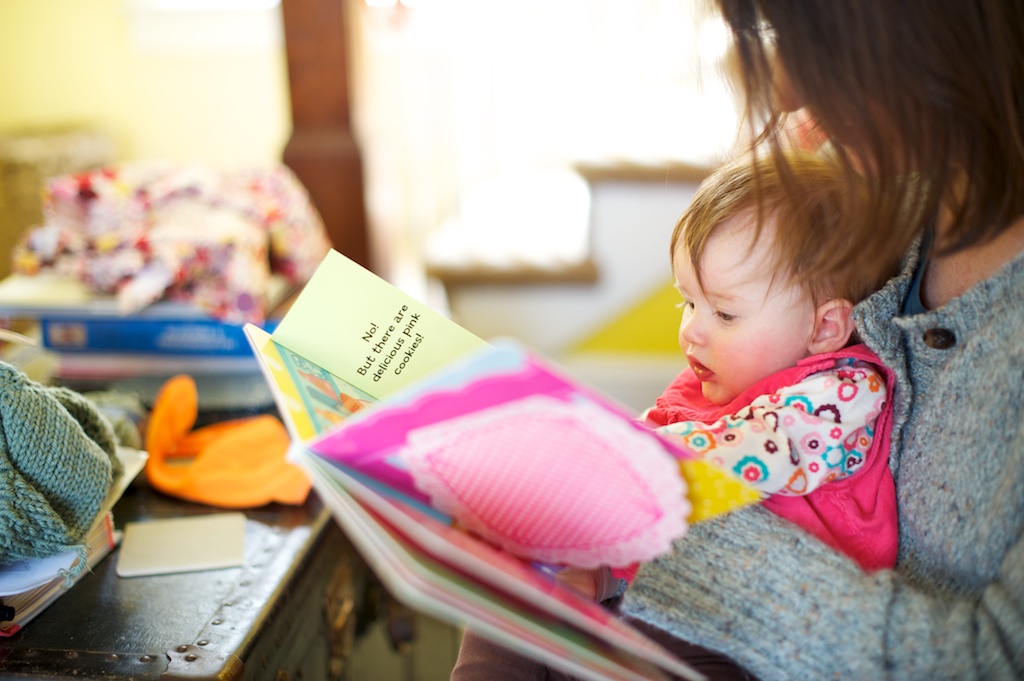 You can never predict the course that friendships will take in your life, and that's certainly been the case with my friendship with Rachel. I first became friends with Rachel in high school, but then I moved to Ohio for college and she moved to Williamsburg to attend William & Mary. We found our paths crossing again when we both moved to the DC area for graduate school. She lived in Maryland and I lived in Arlington, and so we used DC as our middle ground, trying new restaurants or meeting for drinks. Shortly after she moved to Maryland, I met Doug, who was then her boyfriend and is now her husband. Once Doug moved to the area, Justin and I frequently met up with both of them for dinner or poorly-played rounds of trivia. 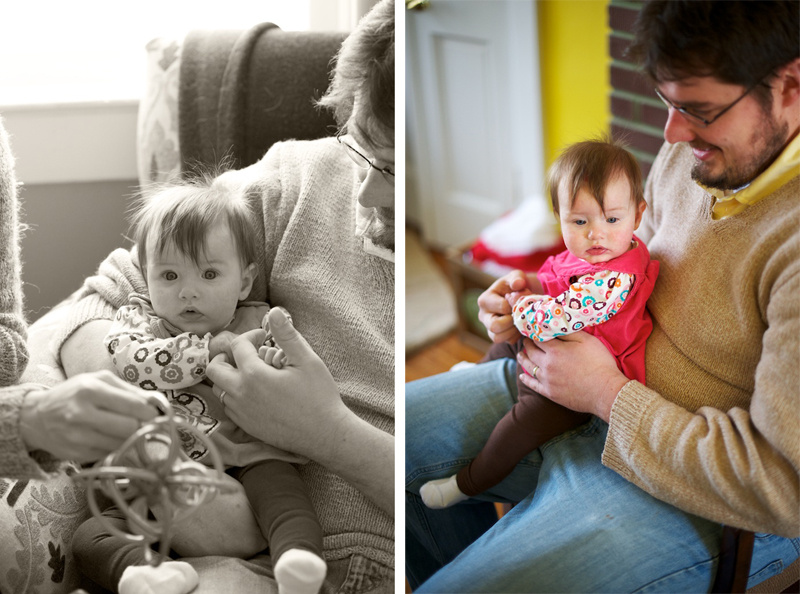 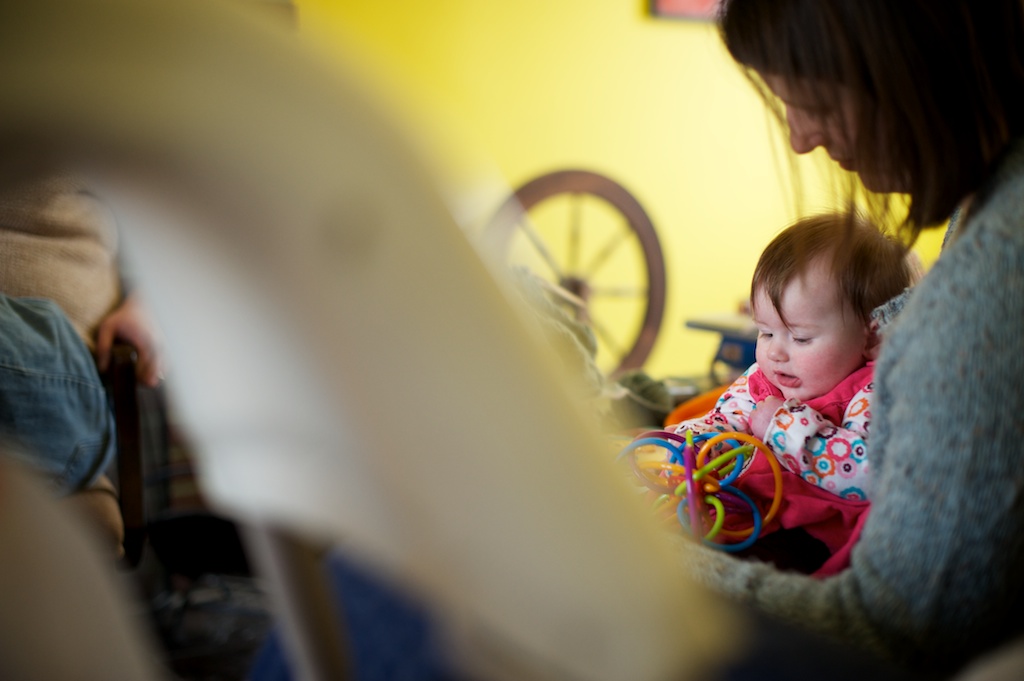 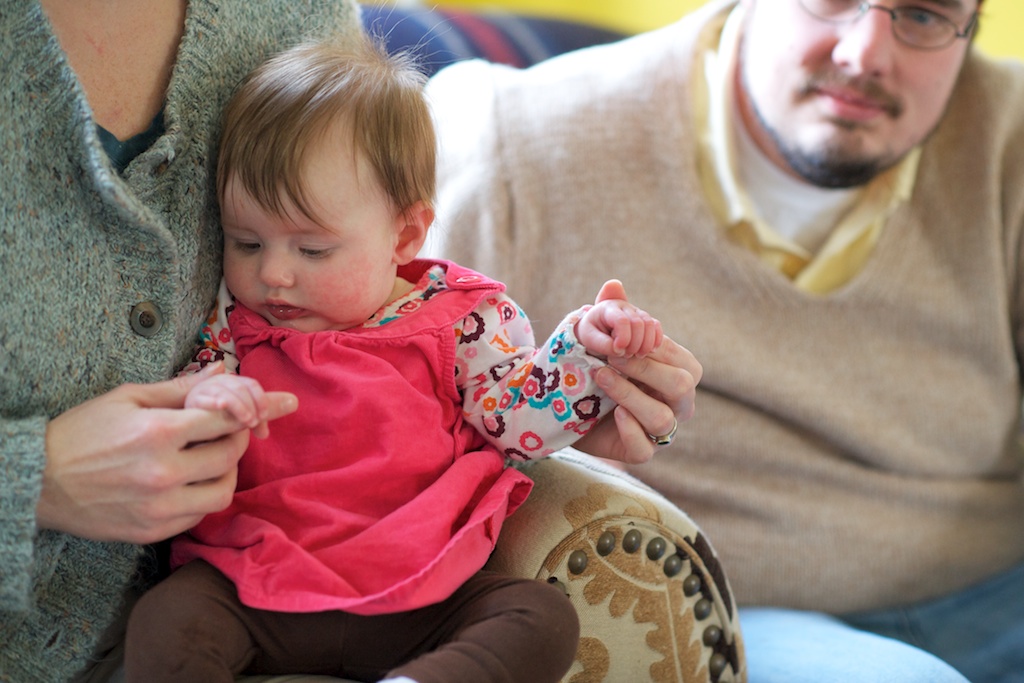 We both married in 2009, and our paths have diverged slightly since then: Justin and I moved to Brooklyn and Rachel and Doug bought a lovely home in Hyattsville, Maryland and had their first child in September.

We finally had a chance to meet Ella this weekend. She's an easy-going and sweet girl, although her Mom may tell me otherwise after a sleep-deprived night! The outside temperature hovered around 25 degrees on Sunday, so I had to nix the idea of outdoor pictures for the day. We're looking forward to getting a chance to see Ella, Rachel and Doug in warmer weather next time! 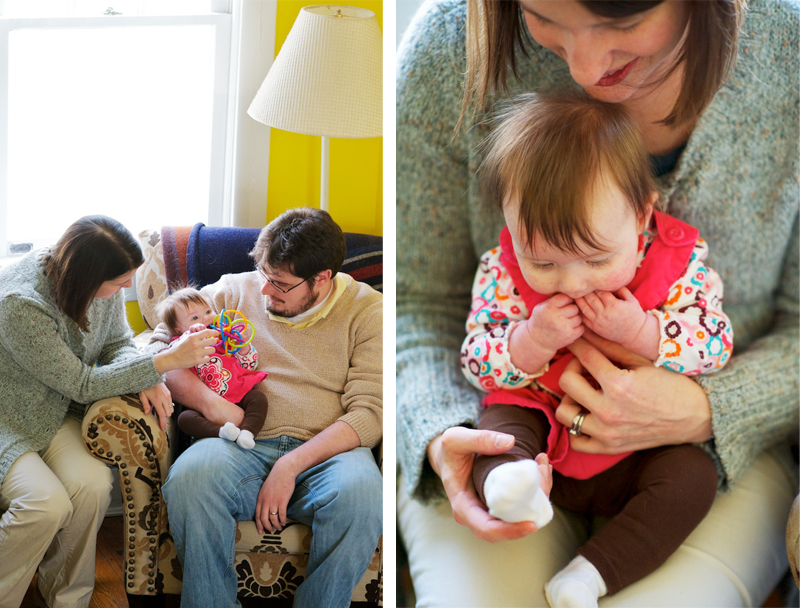 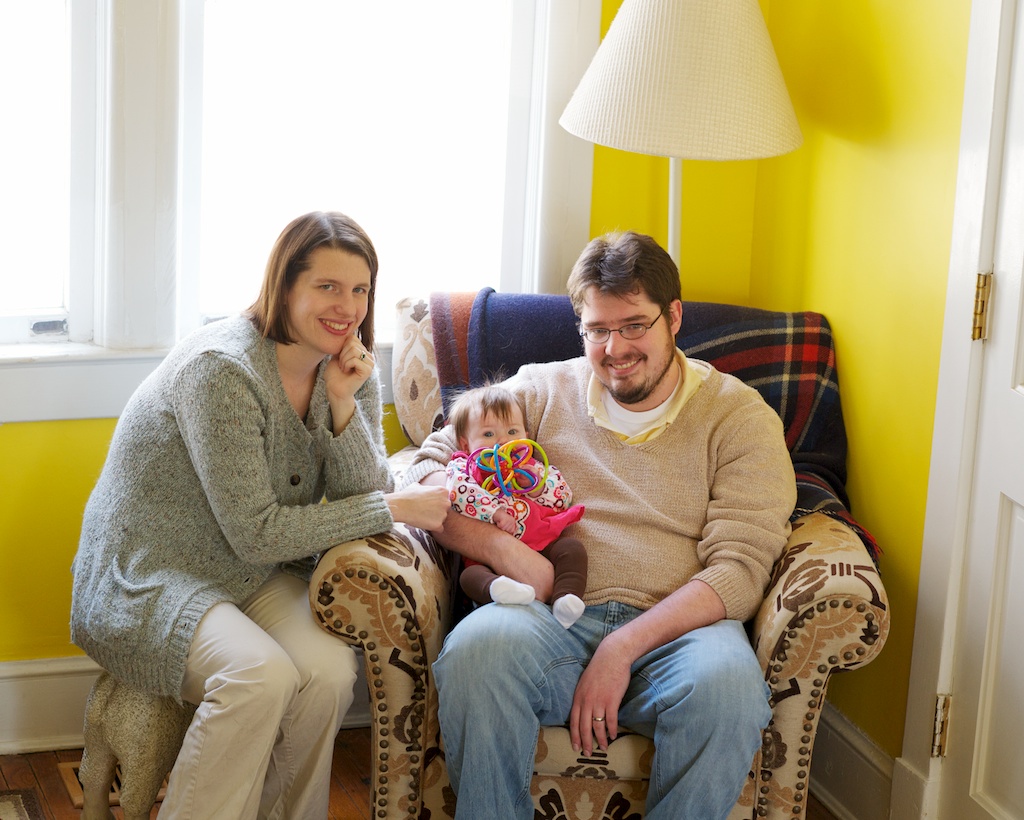 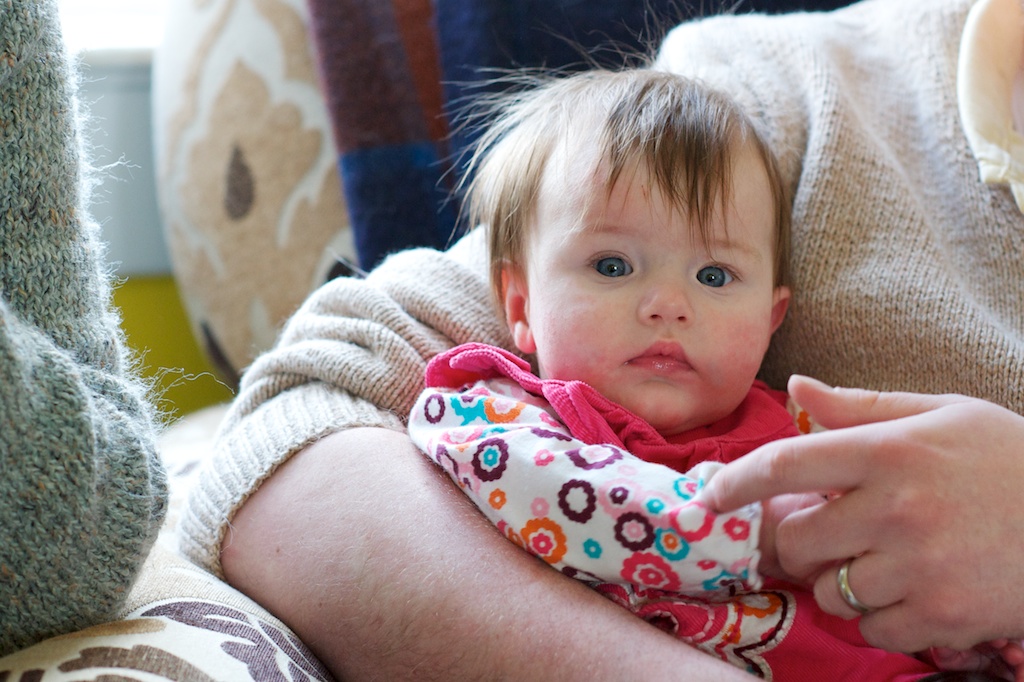