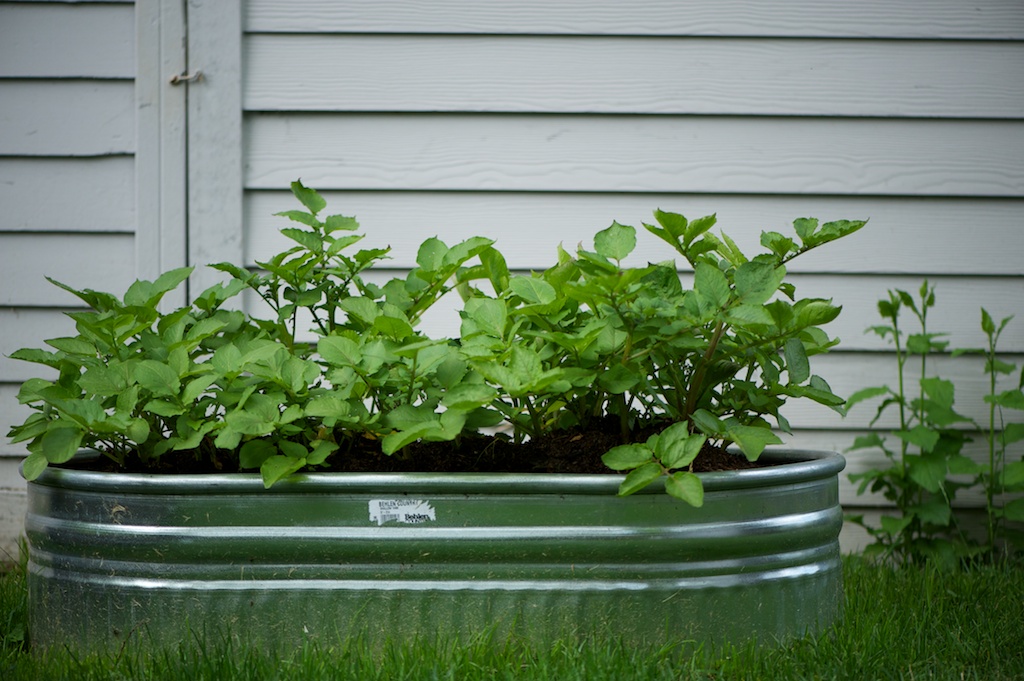 The past few days aside, May and early June felt like summer in the Pacific Northwest. And the garden and various potted plants responded in turn. Last year, we "harvested" two strawberries (yes, two) from our strawberry plant. This year, we've picked 20 and the plant shows no signs of slowing down. The squirrels have finally noticed its ample productivity, so I could have competition for the next 20 berries! After putting netting around the tomato plants (four heirloom varieties), all but one are flowering and the cherry tomato plant is already forming fruit. The tomato plant that isn't flowering is actually the healthiest looking, but I may need to add fertilizer to encourage fruit production. 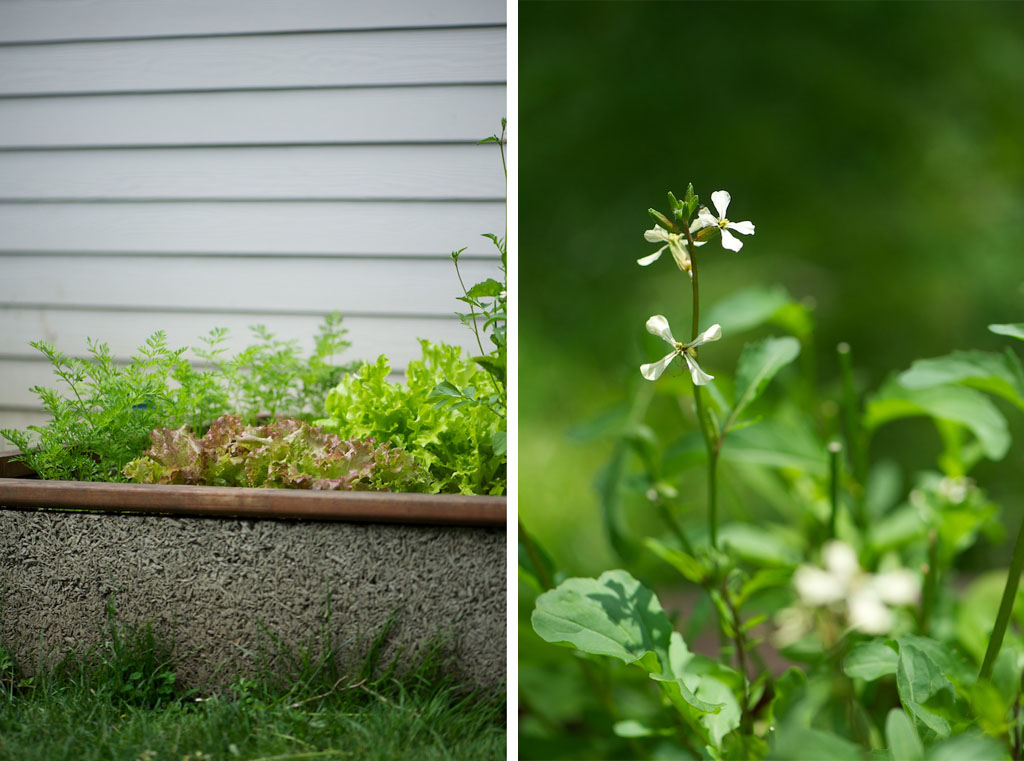 In the backyard, I direct sowed sunflower seeds in April. Many tiny plants developed in the small space, all bearing a striking resemblance to dandelions. In fact, these tiny plants were so similar looking that I debated pulling them, assuming that dandelions had taken over. After realizing that dandelions would never grow in such a uniform way, I thinned out the plants and hope to see flowers sometime in July or August. On the other side of the yard, we direct sowed a flower called Bee's Friend, aiming to encourage, as the name would imply, pollination. They looked rather weed-like until a few days ago when they started forming purple flowers. 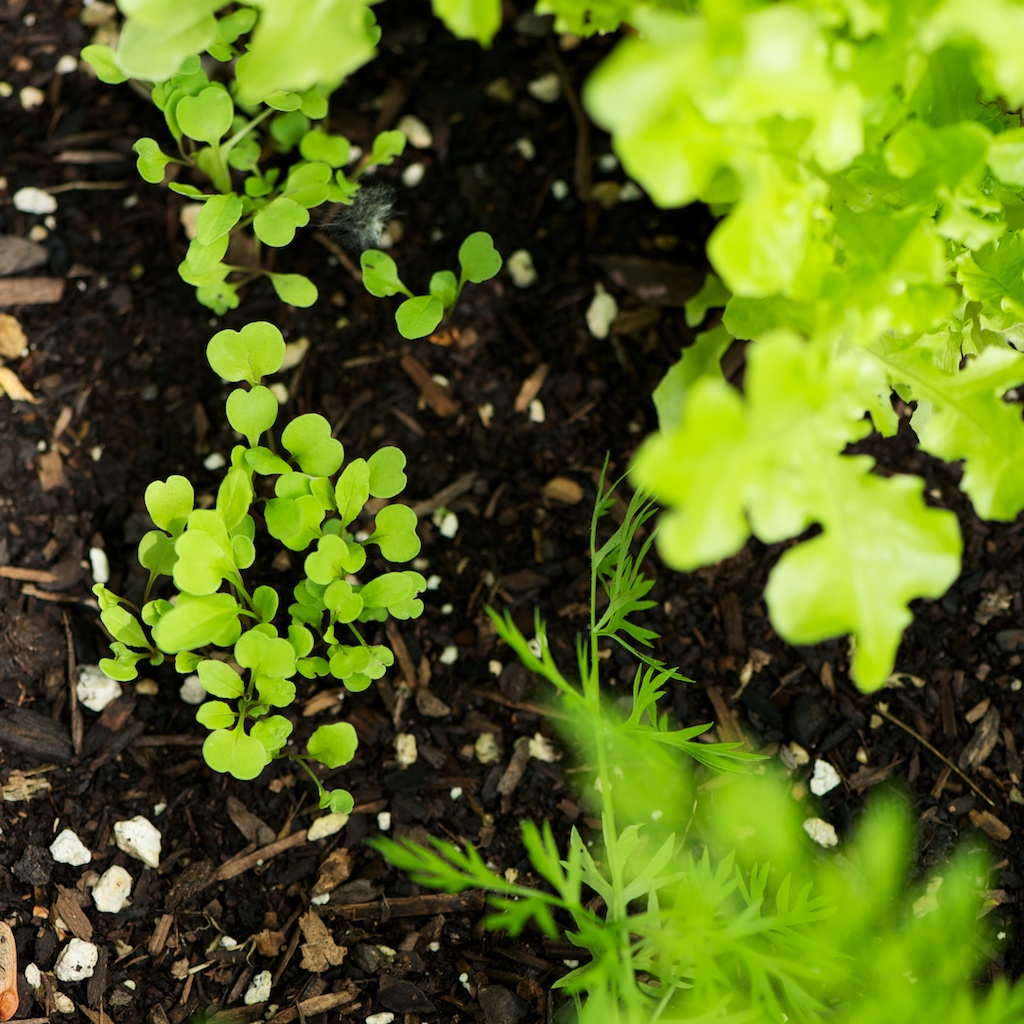 The lettuce plants continue to produce vast quantities of greens, and the arugula, while healthy looking, keeps sending up flowers that I quickly trim off. The carrots are undisturbed by any pest and should be ready to pull in under a month's time. We moved our hanging cucumber basket to the front porch as it was frying in the late afternoon sun. 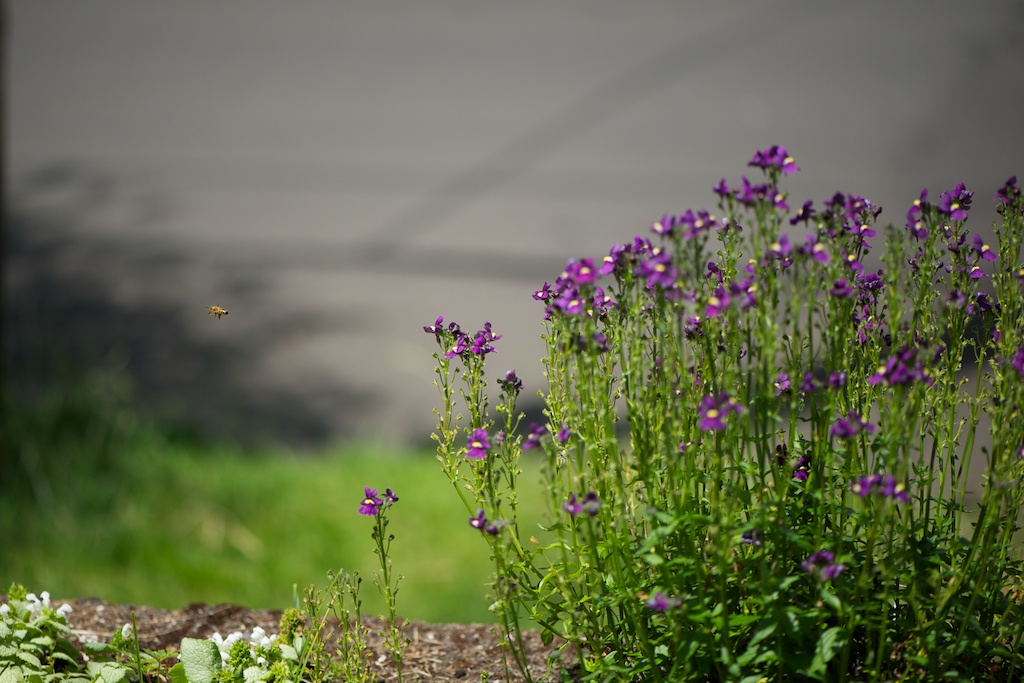 We added a large metal tub beside the raised bed. Gardening books (and common sense) always recommend planting what you actually want to eat. There's nothing that Justin and I love to eat more than potatoes. So, gifted a few red potatoes from Boondockers Farm, I planted 12 potato halves in the tub. Within weeks, the first potato greens formed; several weeks after that, these greens approached 10 inches in height. I hilled them as best as I could, but I can't harvest the potatoes until the plants flower and these flowers die off. 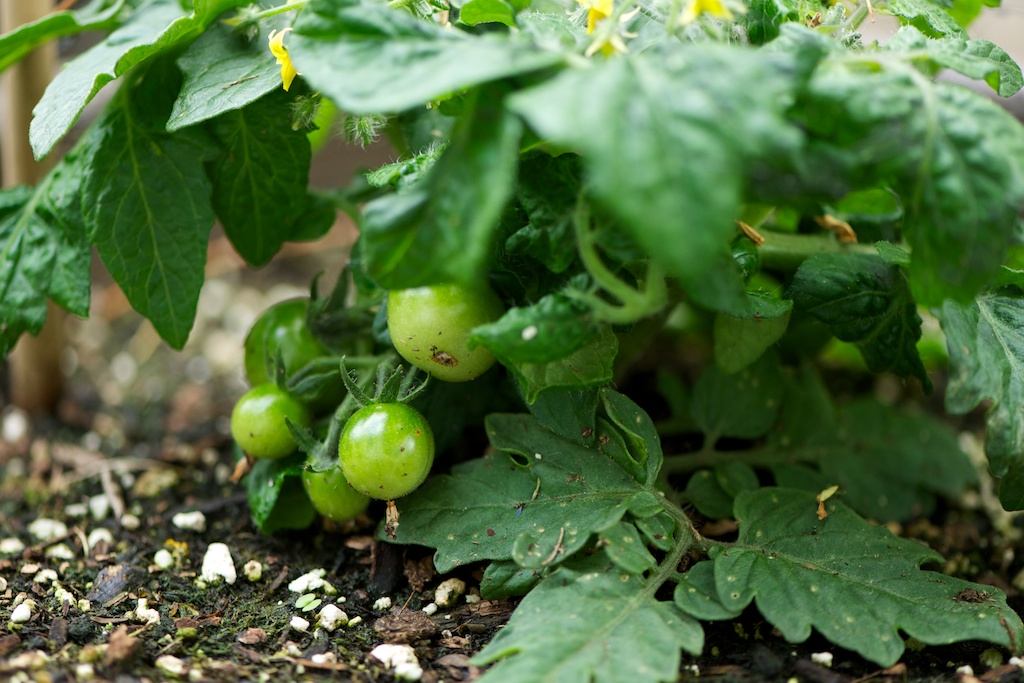 I've found gardening to be fairly hands-off and surprisingly simple this past month. I'm on alert for slugs after this recent bout of rain, and I (and our cat, Kate) have noticed crazy squirrels running around our yard and chasing each other up trees. I'm prepared for a more challenging later June but remain thankful for the relatively easy, and bountiful, early season gardening. 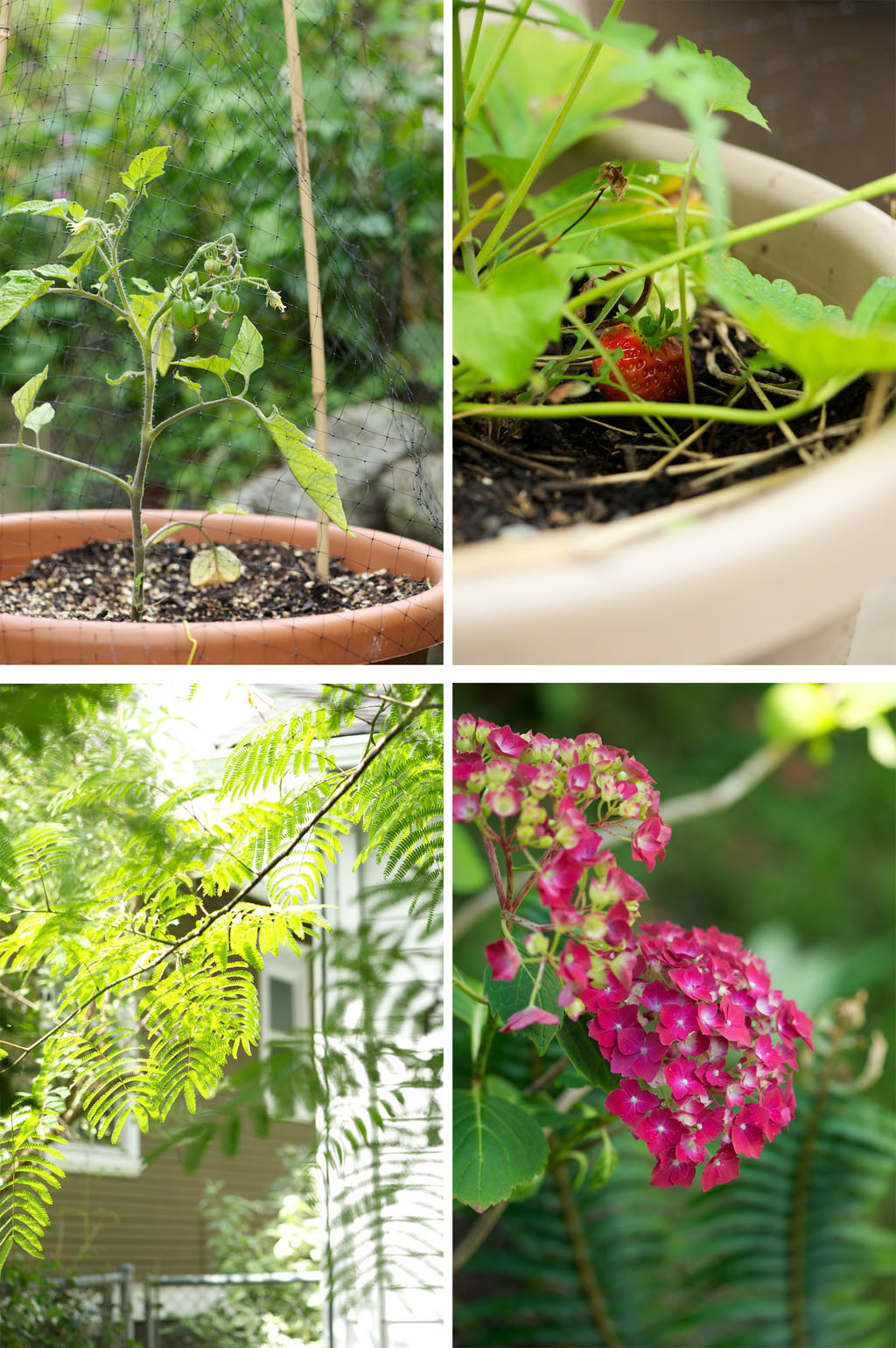 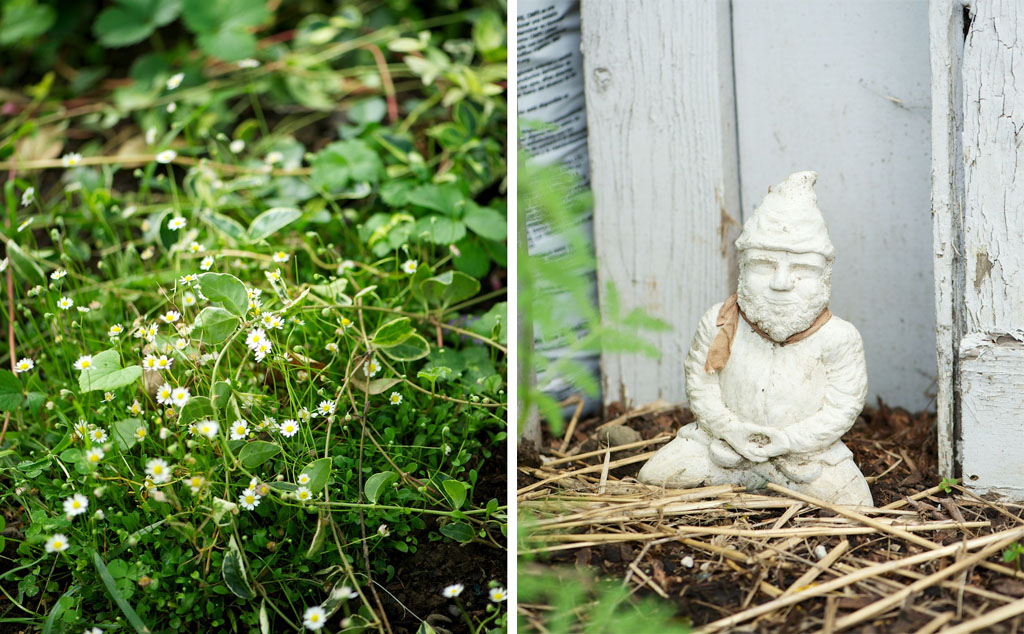 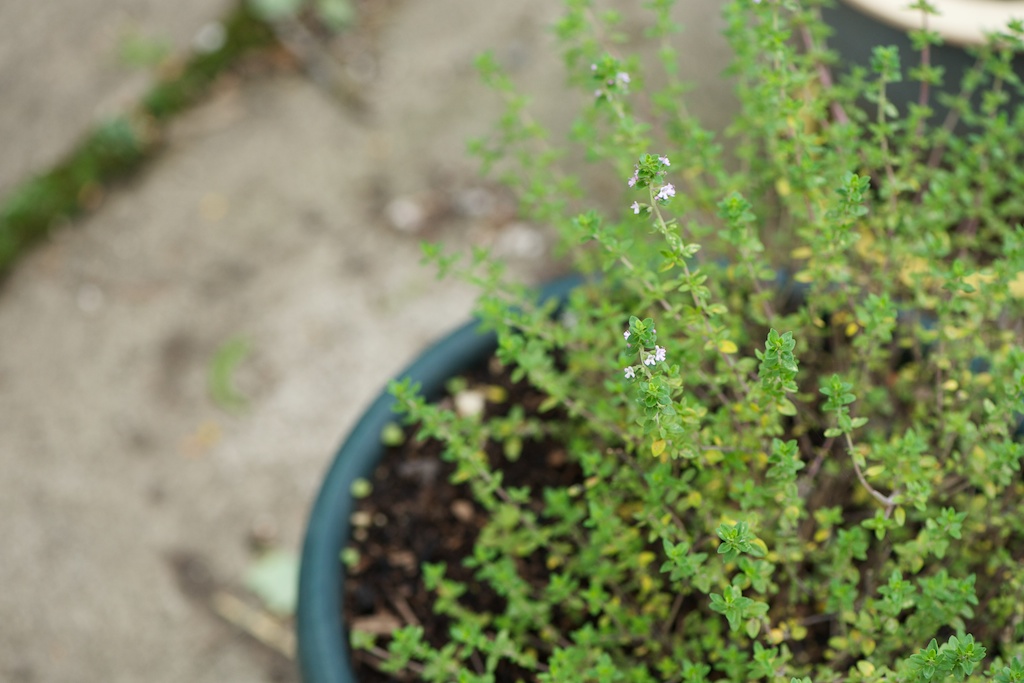