I have a son. A son that’s rapidly approaching 6 months of life. As expected, my husband and my life is entirely different, irrevocably changed. To share that having a son—a delightful, babbling, silly, strong, energetic, engaged, opinionated little man named Hugh—has made me a different person feels ridiculously simplistic, yet the simplicity of that remark is appropriate for my current state of parenting.

The burning core of myself that has always existed, including the secret worries, the wistful hopes, the events that consistently trigger stress or delight, remains within me. But this single sided and naturally selfish view of my place in the world is no longer easy to hide from or ignore. The side that had been free to escape from challenges by burying myself in a funny tv show or a robust glass of wine, that was prone to melodramatic thoughts, that elevated myself to the top of my own personal pedestal of analysis, has nearly vanished. Each day that I’m a parent, especially in the earliest of these early days, I am given no choice but to put Hugh first. My ego fights this hard on certain days, screaming at me: I’m tired; I’m hungry; this is hard; what about my interests; what about me? The simple statement of ‘I’m a different person’ is because my answer to all of those questions centers around acceptance and patience. 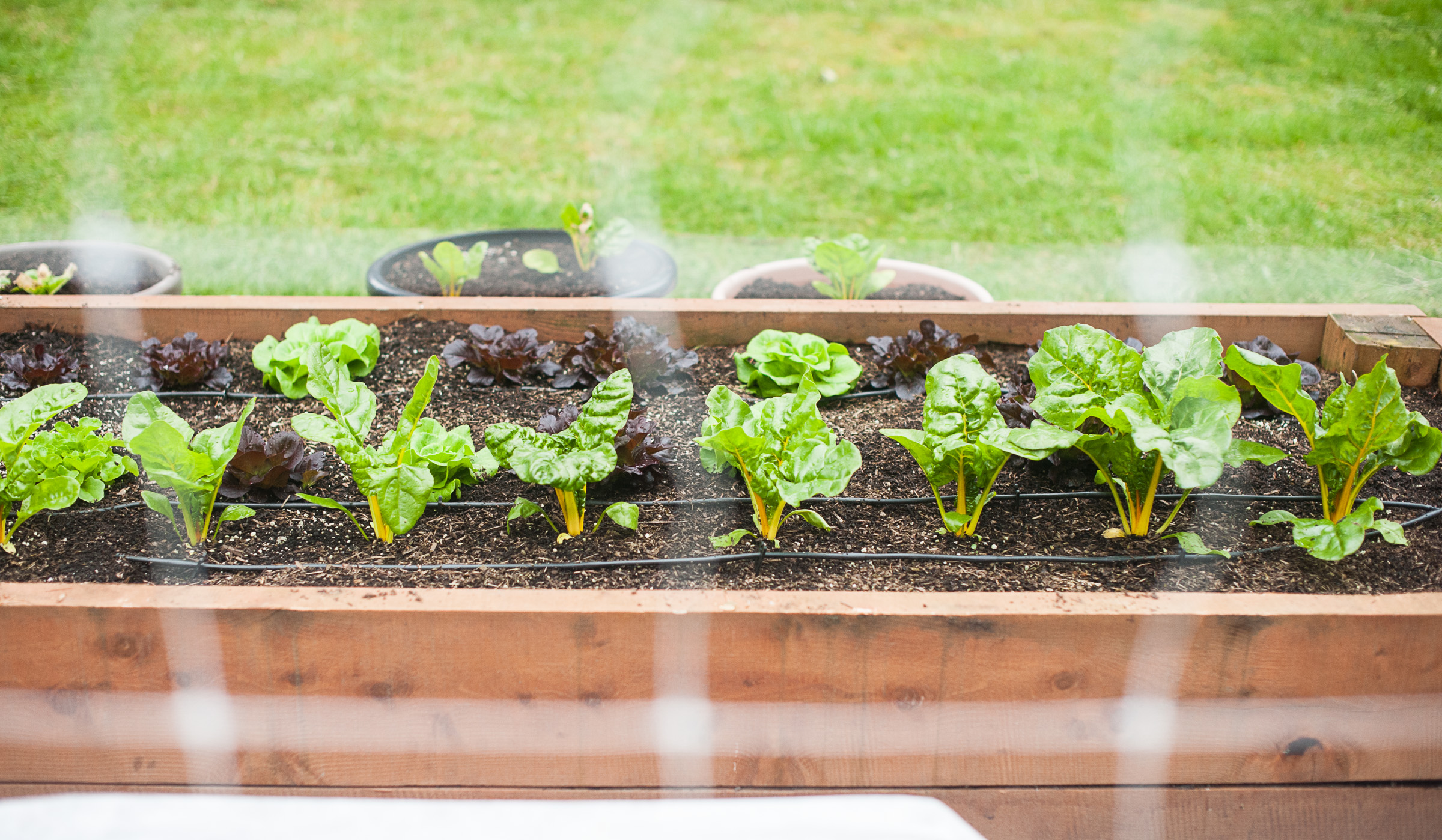 This season of motherhood has dovetailed with another season of gardening. But thanks to Hugh, this year’s garden isn’t simply this year’s incarnation of our growing spaces. Sure, I’ve rotated plant families around, amended the soil, and have taken into account key lessons from last year. The basics are unchanged. But, this year’s garden is the start of a new approach to my own gardening identity, philosophically and practically. Hugh was born in December, meaning that shortly before he was born, I spent several weeks planning the rotations and ordering seeds. Having the garden structured, with seed starting and planting dates already outlined in a calendar, rattled me in its surreality. On paper, everything looked tidy. But in reality, I was staring at a spreadsheet knowing that when the garden tasks started back up in the new year—the seed starting, the potting up, the spreading of compost—I’d be somehow attempting them with a baby. I had no idea what that looked like or if it was even possible.

First, a few highlights from the failed approaches: complain to my husband about how I’ll never get to do the things I used to love. When given a 30 minute window, either because Hugh is content or sleeping or my husband is walking with him, complain that it’s not enough time or that I’m too tired to bother. Become wrapped up in the thought that the present is somehow permanent. Finish by feeling guilty about even having thoughts like this because my son is the most precious person to me and though I crave a return to the tasks and rhythms that made me feel like me before December 2016, the tasks and rhythms that make me feel like me now are still in their infancy (just like Hugh). .

Now, the winning approach: accept that a return to gardening (and baking) will obviously look different, not just now, but forever. Accept that you don’t know exactly what the path forward looks like, with regards to these interests. Take any time given, no matter how brief, to actually do something. Be happy with the results of whatever meager thing you accomplish. Appreciate the present: the present baby, the present garden, the present bread, glad that you can nurture a baby and still marginally nurture these other aspects of your life.

Being a parent within this mantra of acceptance, gratitude and gratefulness doesn’t mean that I don’t wish I could analyze a plant’s growth (or lack thereof) more closely or bake more bread. But it does allow me to more fully appreciate the opportunities that I do have to plant a few tomatoes or score a loaf of bread without traveling into the past or future incarnations of these interests.

The 2017 garden has grown right along with Hugh. The fact that I even have a garden at all must in part be attributed to the fact that our son was born in a gardener’s “down time”. There’s nothing going on in a Pacific NW garden in December, except for staring at a calendar in anticipation. If Hugh had been born in March, my garden would look very different than it does now. I imagine I’d have planted a few things, but I’m less sure if I would have grown my own starts and mapped out crop rotations. Being a first time parent, I had no idea when I’d feel like squatting and planting, performing any sort of physical labor, or desiring to do anything with available time other than rest. The garden tasks I assigned for myself in November were wishful hopes, and certainly subject to change. 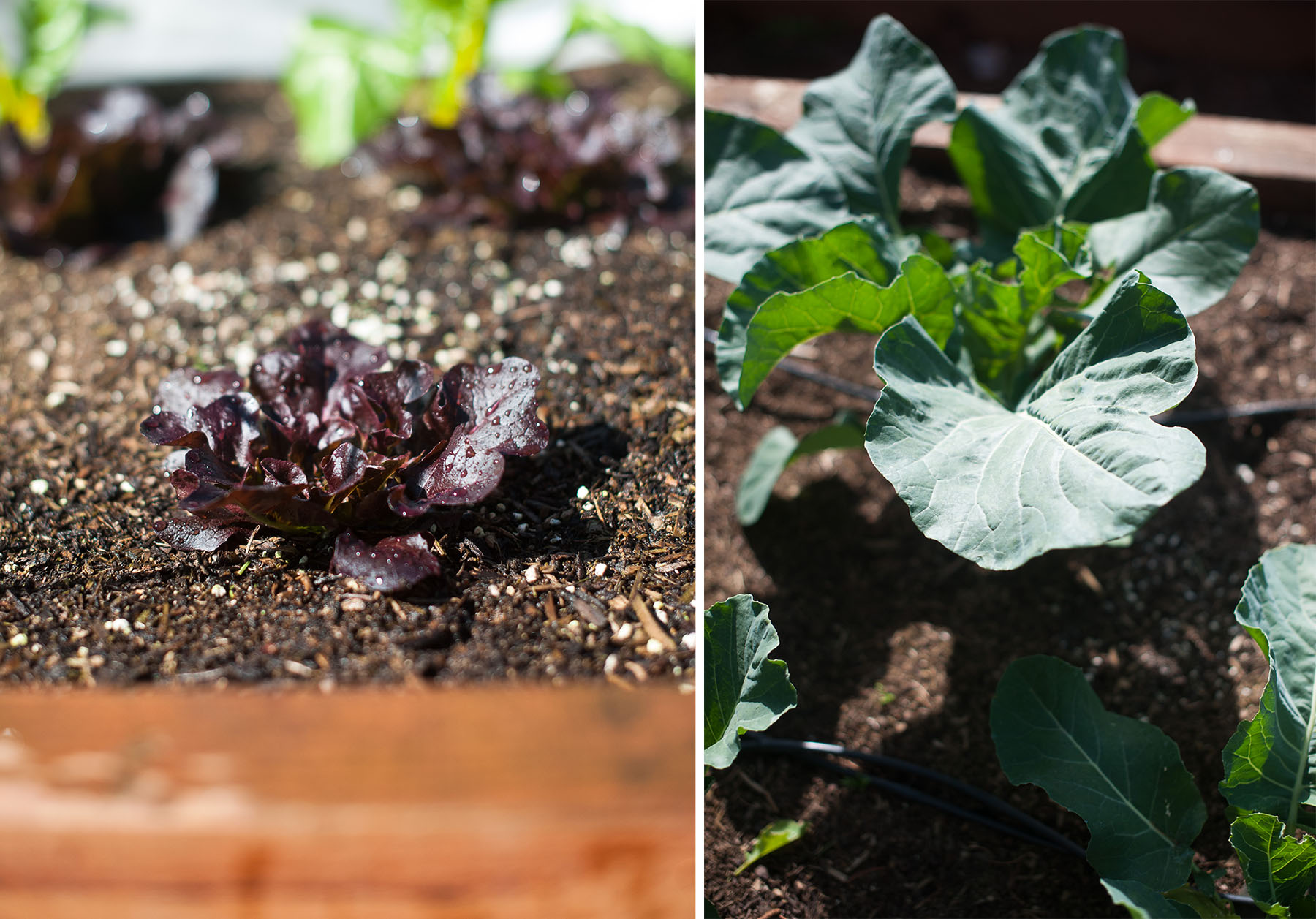 As May turns to June, I can confidently share that being a mother has changed me as a person and as a gardener, and as such, I’m going to structure my posts on These Salty Oats around the practical and philosophical lessons I’ve gleaned, and will continue to glean, from the intersection of parenthood and gardening. Some of the posts will be observations of a parenting lesson transformed into a gardening lesson; others will feature practical advice and tips on how to have a productive garden with limited time. Being a parent has both compressed and elongated my view on time, strengthening my ability to think about the future but live in the moment.

Speaking of time, I won’t be able to promise weekly installments of this series, but I do plan to work on it during Hugh’s rare nap times. I look forward to sharing my observations soon.