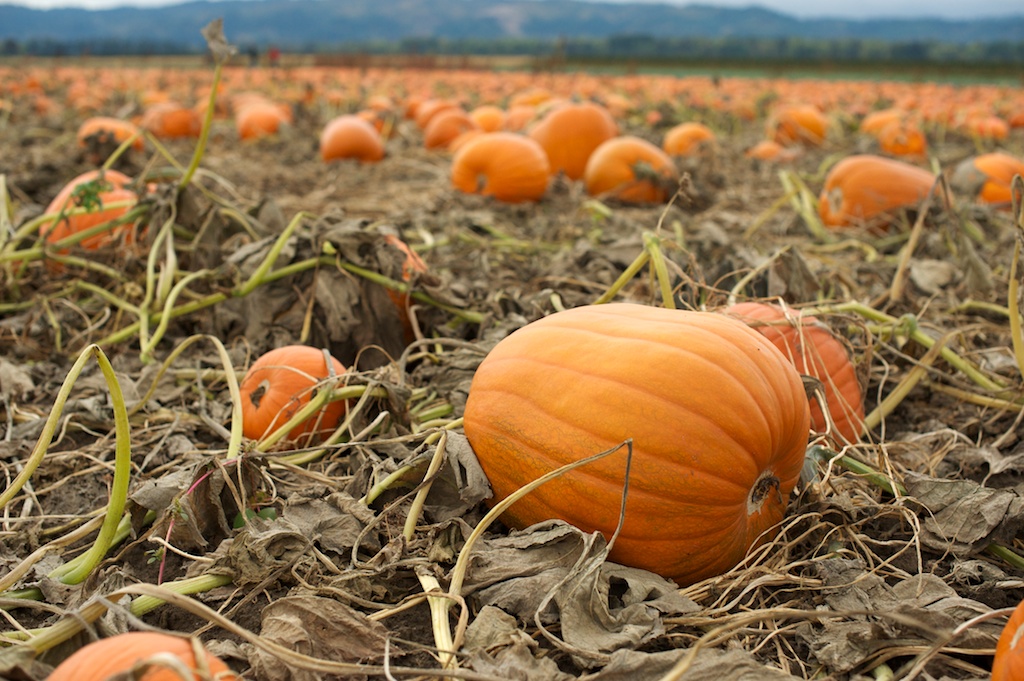 A few weekends ago, Justin and I, along with several friends, drove the ten miles from SE Portland to Sauvie Island, on a pumpkin picking quest. 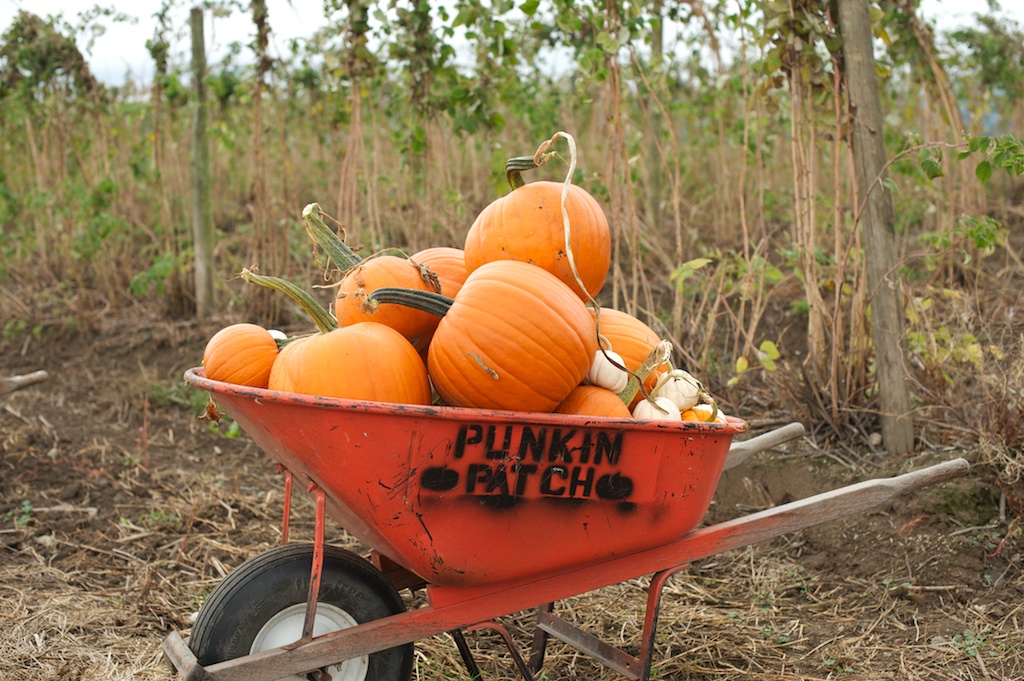 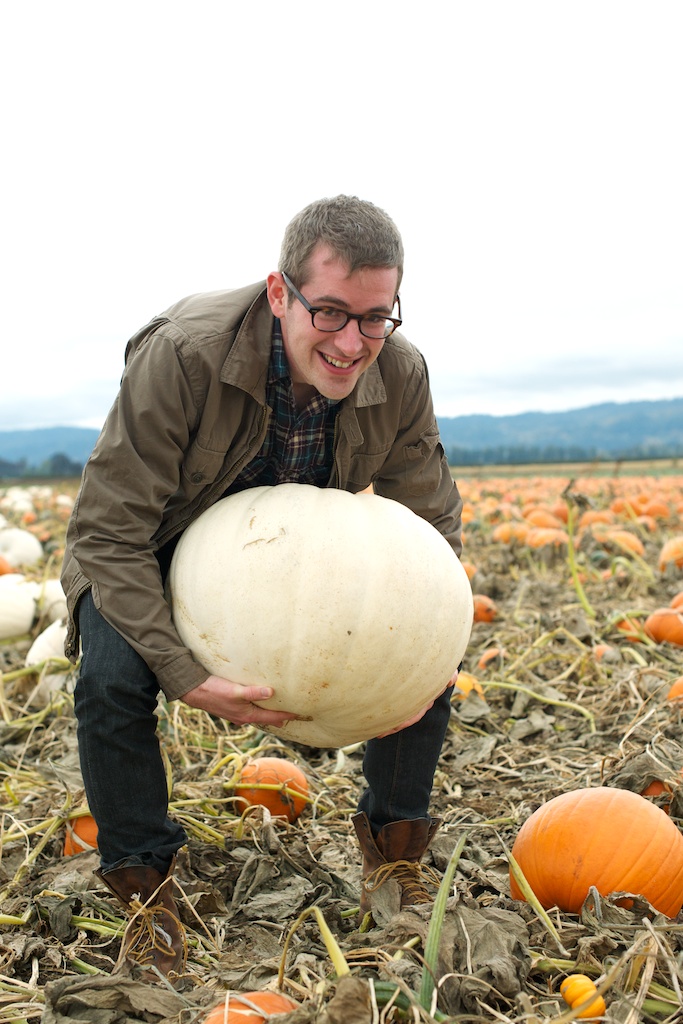 We chose Columbia Farms, a friendly and non-gimmicky location to pick pumpkins directly from the patch. The farm grows several varieties of heirloom pumpkins, offering options that include perfectly shaped carving pumpkins like Luminas, sage-green varieties like Jarrahdales, and pumpkins that look like they've been spray painted white. 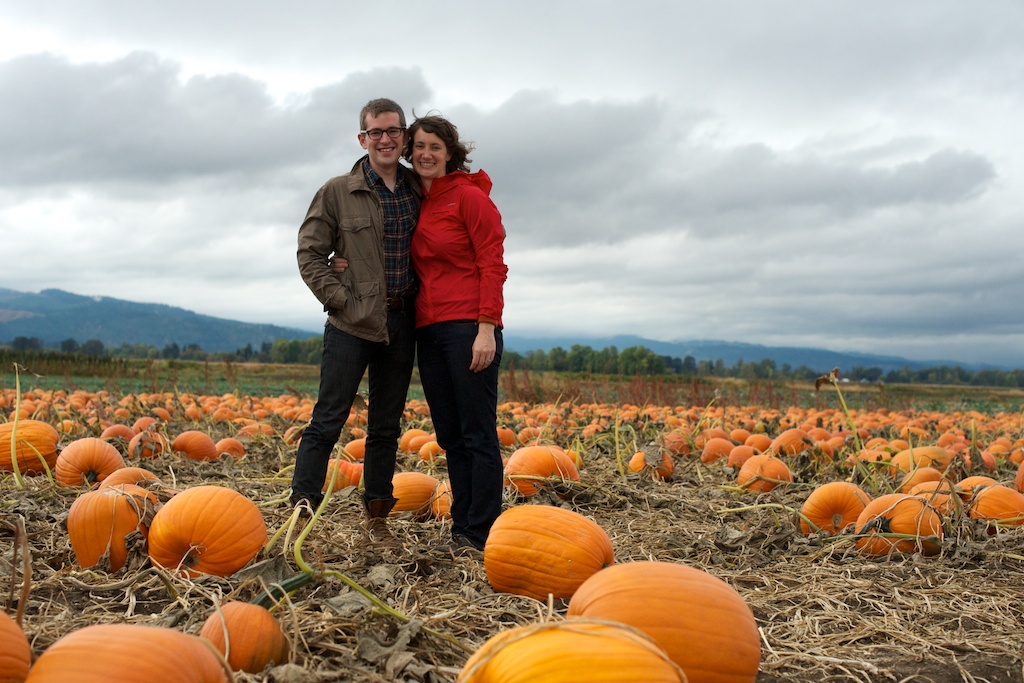 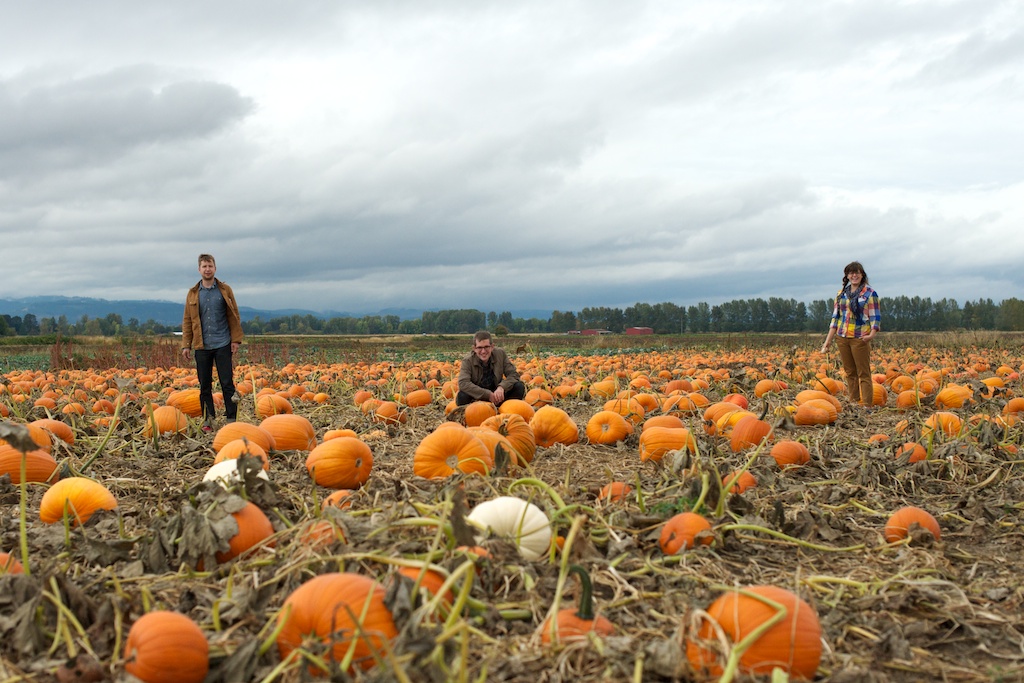 I was easily captured by Portland's atmospheric fall weather, especially the contrast between the moody sky and the colorful, gnarly gourds. 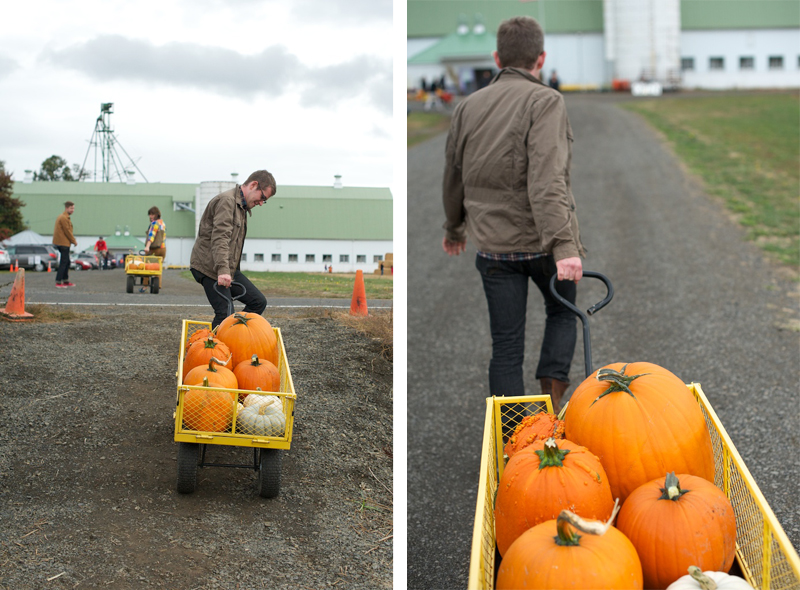 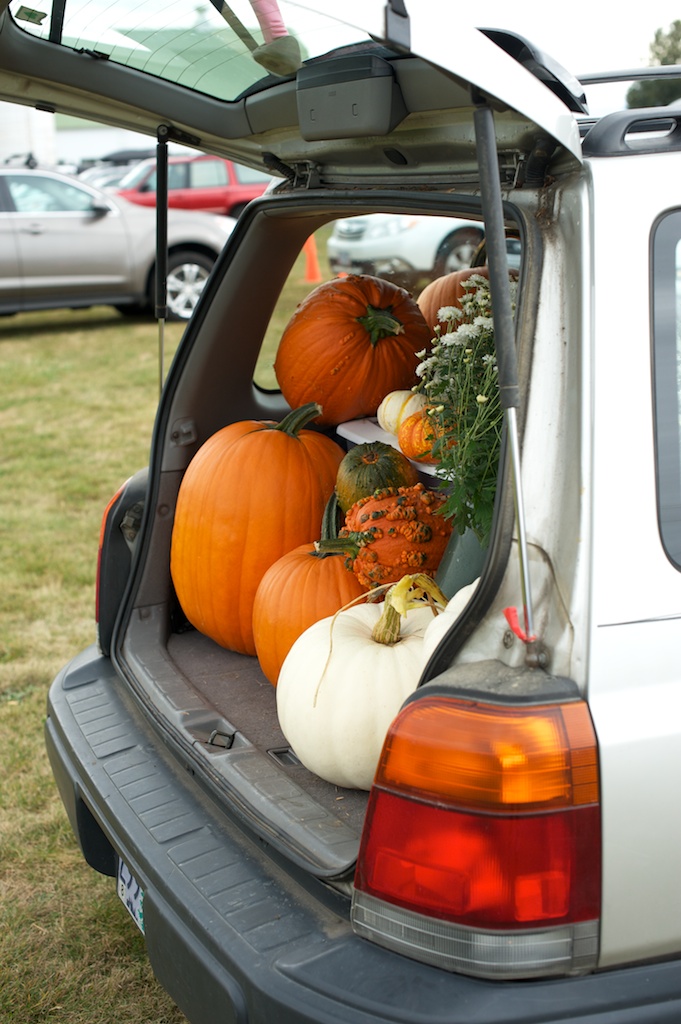