Saturday ended up being sunnier than expected, so we made an impromptu decision to go to the top of Rockefeller Center (Top of the Rock) on our way to the Museum of Modern Art.  Top of the Rock opened to the public at the end of 2005, after being shut for about 20 years.  According to the New York Times, the observation decks were designed to resemble the art deco decks of an ocean liner. 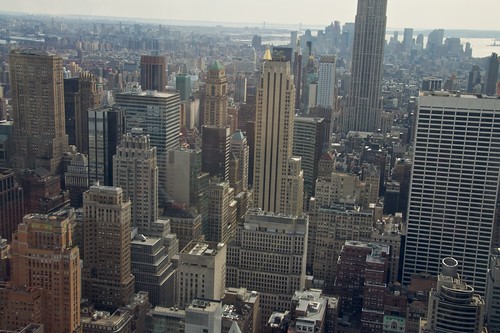 Michael Gabellini, the architect behind the renovated observation decks, has created an experience that lets guests feel safe, yet unrestricted.  The transparent and unreflective glass yields picture worthy panoramas and manages to block nearly any sign of wind. 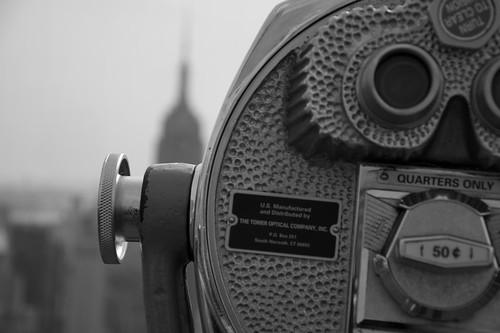 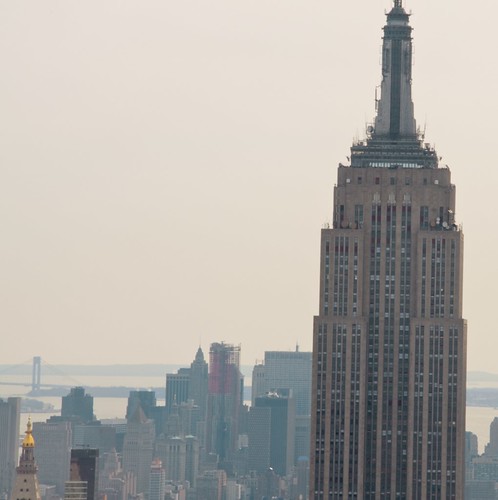