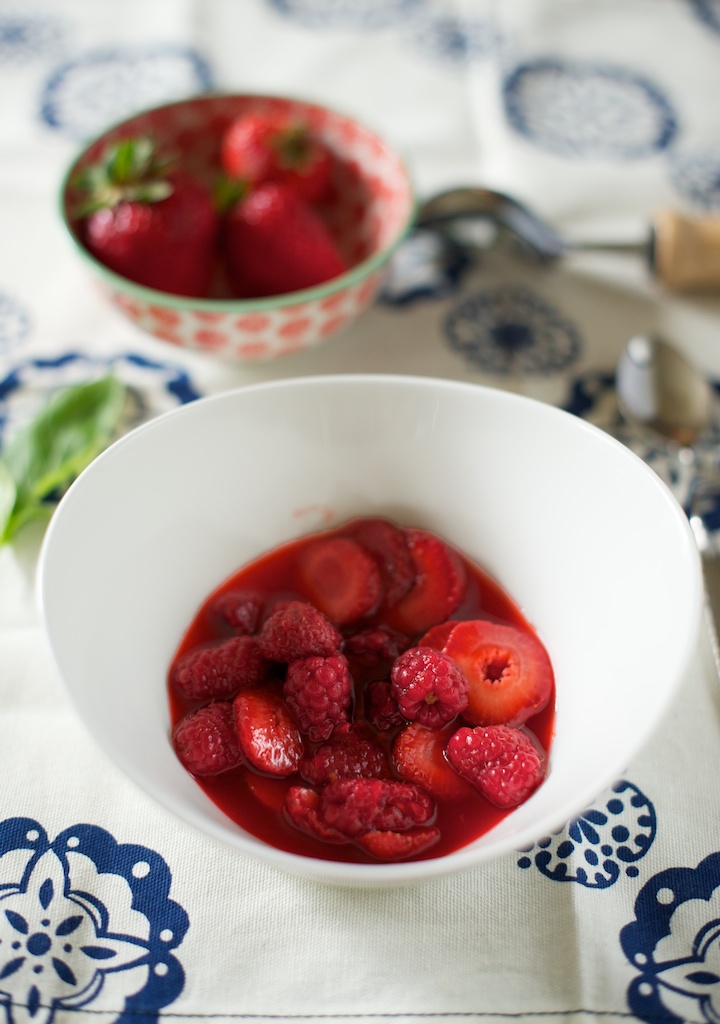 After yesterday's Fourth of July festivities, Thanksgiving's standing as my favorite holiday is in danger. In the Pacific Northwest, the Fourth of July is touted as the official start of summer. I spent a few miserable June weeks thinking this comment was some kind of strange bluff. After all, much of June followed an identical weather pattern: upper 50s, cloudy and rainy. As an East Coaster, I'm used to heat starting-and lasting-from mid-May through September. I had a truly difficult time putting on a raincoat and jeans when the date on the calendar read June 15th. 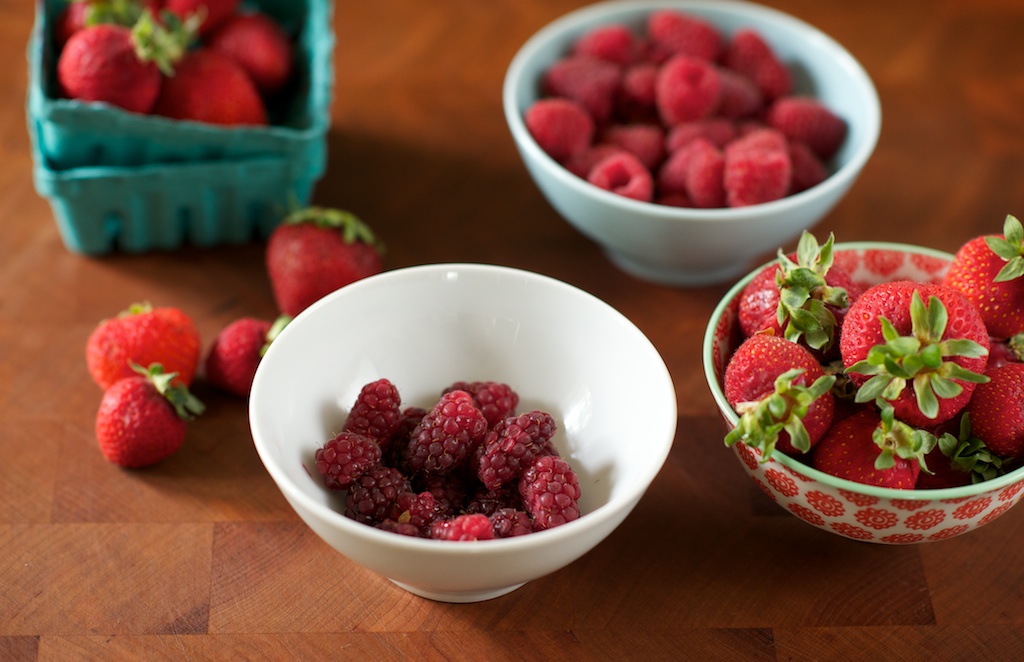 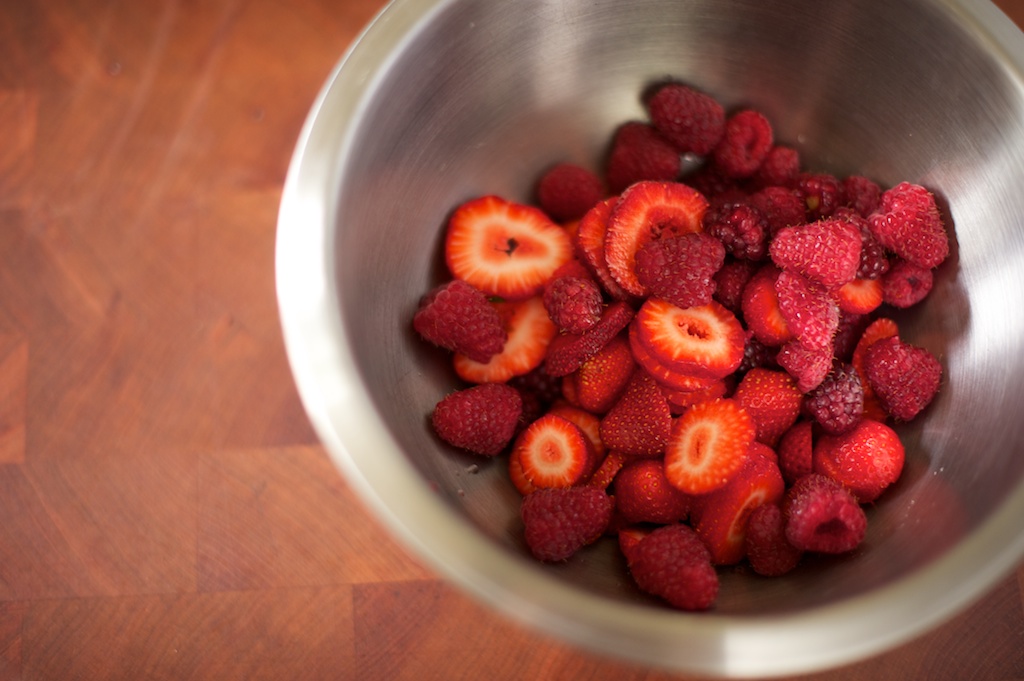 I've snapped out of my rain-induced funk because the locals were right. When I scan the 10 day weather forecast, it's now nothing but blue skies and gorgeous temperatures. Inspired by this recipe, I baked a festive flag cake yesterday for a Fourth of July barbeque. If I had had more time, I also would have recreated this berry gazpacho that I made last weekend.

Justin was a bit suspicious when I told him I was making berry gazpacho. I know he was fearing a repeat of the rhubarb soup we made last year. I decided to not argue the point but instead convince him with the flavor. Though it's called berry gazpacho, it's really just a slowly broken down berry dish, infused with citrus and sugar. 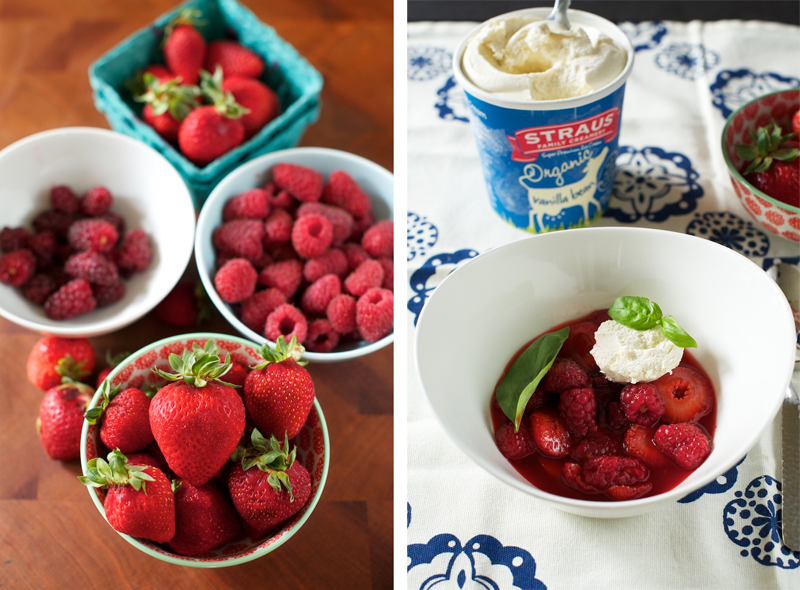 The slow indirect boil allows the berries to gently soften and absorb the lemon and orange, rather than quickly turn into a mushy mess. Michael Laiskonis, the former pastry chef of Le Bernadin and the creator of this recipe, adds several savory elements before serving the dish: olive oil, basil and pepper. I think these savory elements elevate this dessert into a restaurant-quality dish, but if you aren't in favor of mixing savory and sweet, you can leave out the black pepper and olive oil and focus just on the delicate sweetness of the berries.

Which berries should you use? Really, it seems like nearly any would work. I used strawberries, rapsberries, and tayberries, but would also love to experiment with marionberries and huckleberries. 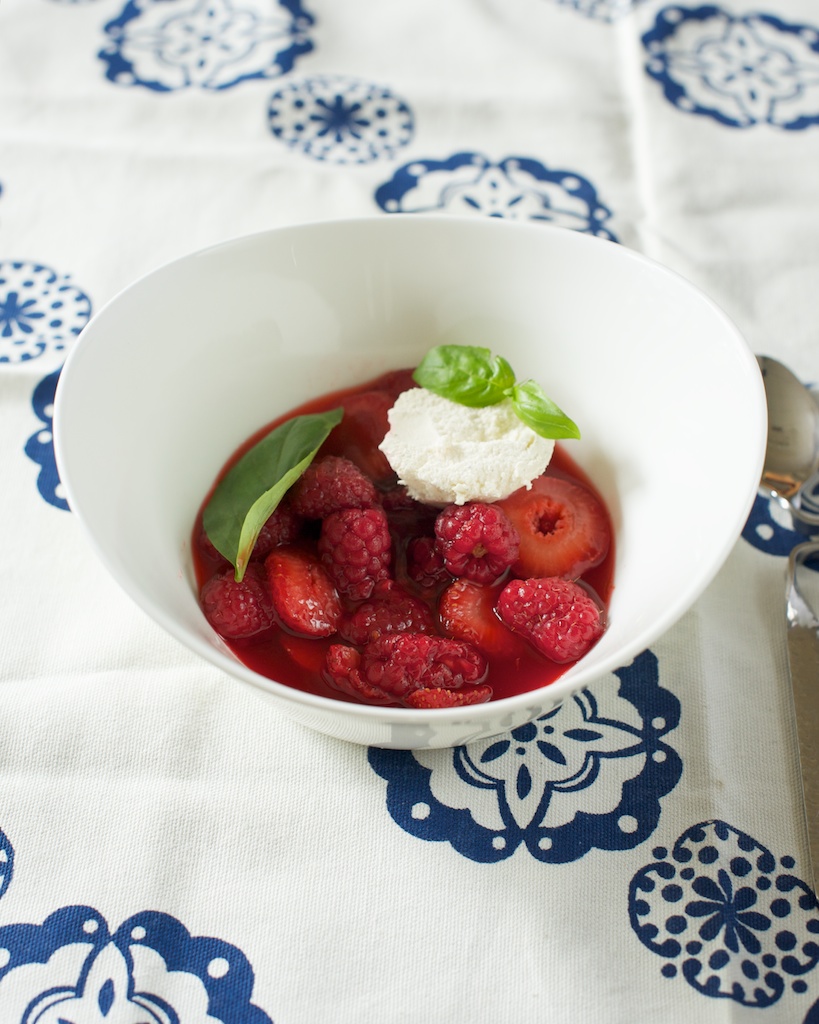 1 sprig of basil, torn into pieces

2) Cover the bowl with plastic wrap and place over a large saucepan of simmering water. Cook for 10 minutes.

4) Divide the fruit and juices among bowls. Drizzle with oil, sprinkle with a dash of pepper, and a few basil leaves. Finish with a scoop of ice cream. Enjoy!