On Monday, we picked up our first pint of cherries of the season!  I was more excited about this than perhaps necessary.  Cherries, both sweet and tart, are one of my favorite, if not my favorite, snacks.  After munching on a few and deeming them delicious, I decided to bake them into a cherry clafoutis. 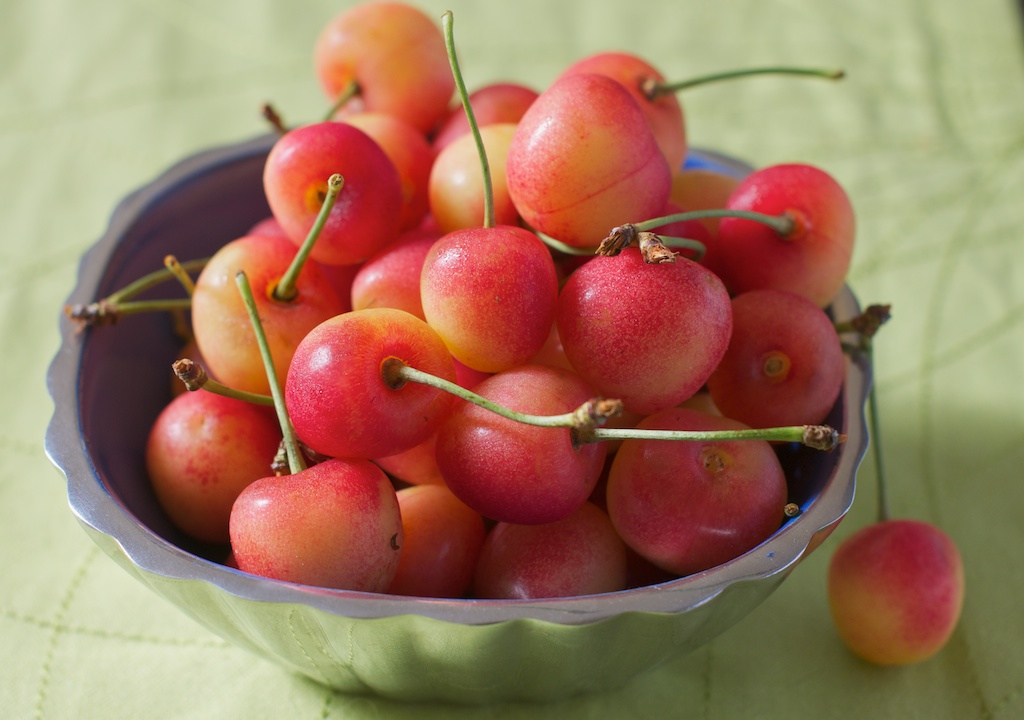 When I was flipping through our cookbooks this winter, trying to shake my root vegetable doldrums, I'd bookmarked several recipes for this French dessert.  I baked this clafoutis a few days ago and it was so rich and decadent that I'm hesitant to try the other recipes:  why mess with a good thing? 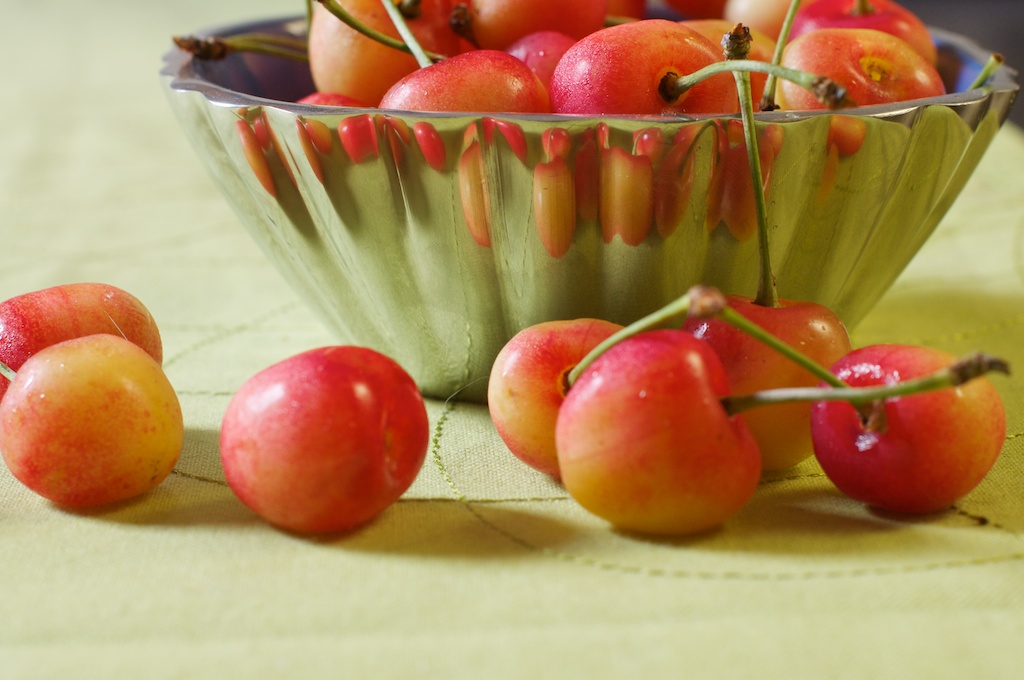 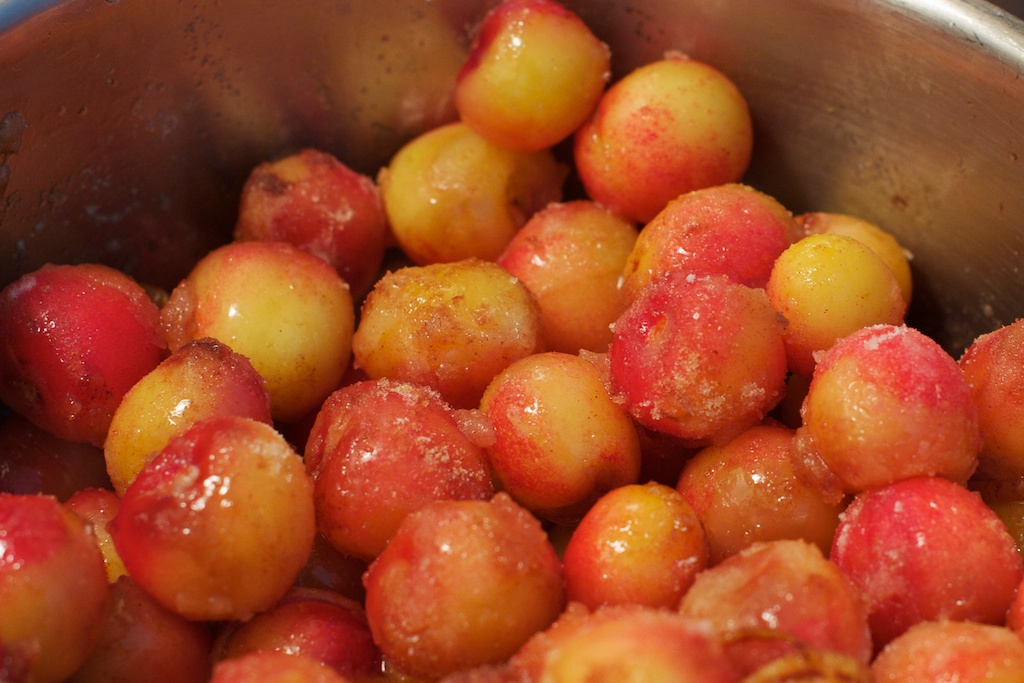 A clafoutis is a custard dessert.  I describe it as cross between a crepe and flan; it tastes like if you decided to turn your breakfast frittata into a dessert frittata.   This recipe keeps the pits in the cherries while baking.  According to several baking websites (and culinary tradition), removing the pits before baking leads to a much milder cherry flavor.  Besides, it's fun to eat cherries w/pits…just make sure you're near a trash can! 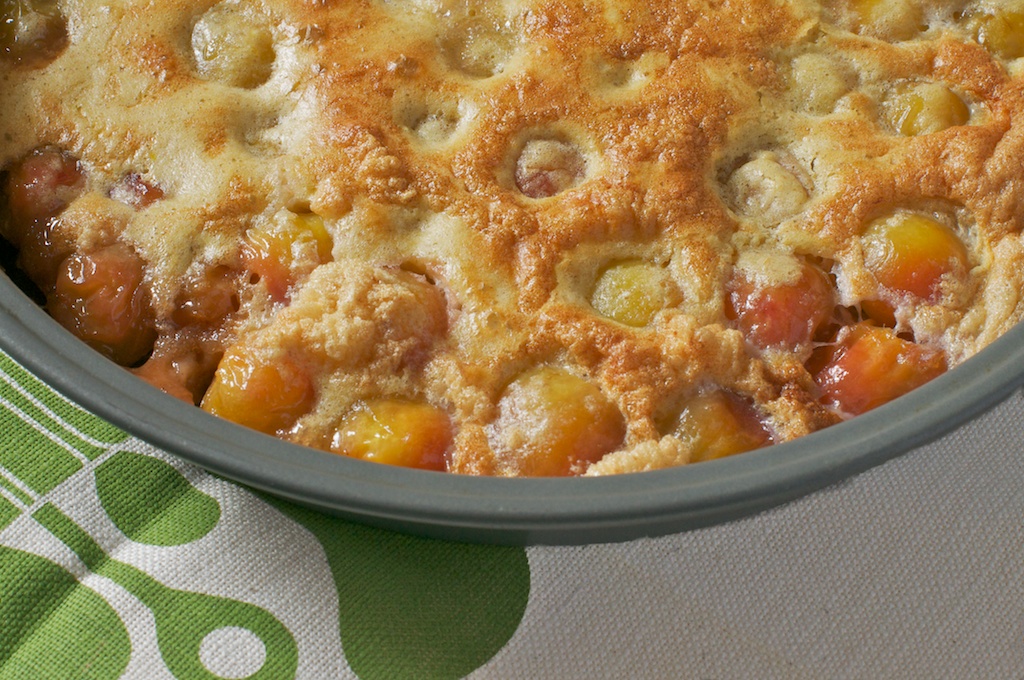 Also:  Eat as much of the clafoutis as you can when it's fresh.  This dessert doesn't save well! 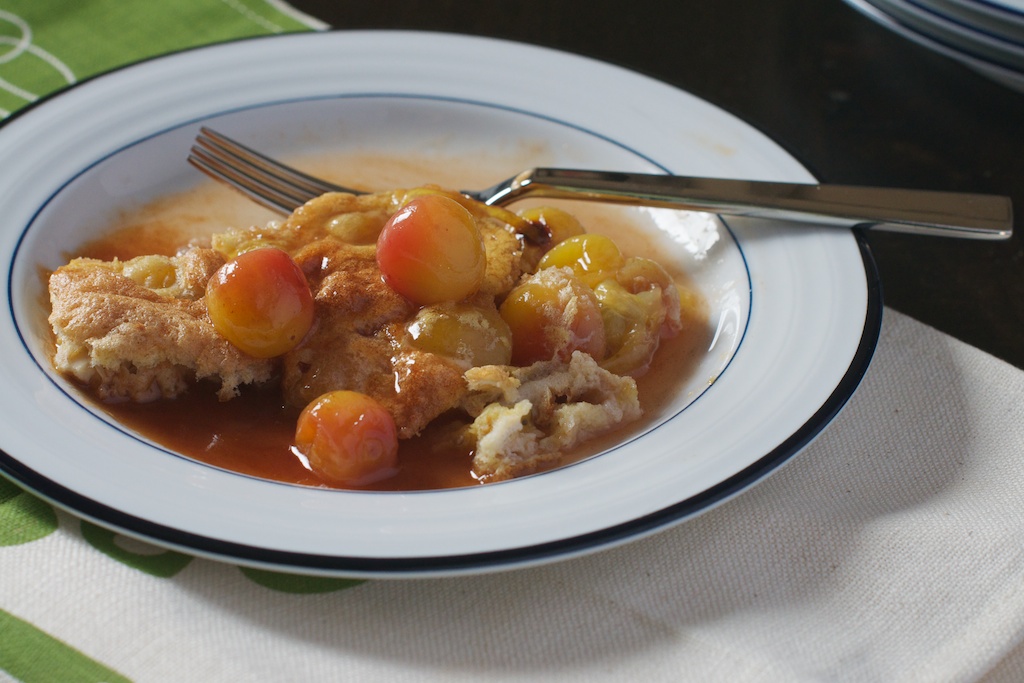 Adapted from My Favorite Ingredients

1)  Melt the butter in a saucepan over medium heat.  When it's melted, add the cherries, 1/2 cup of the sugar, the cinnamon, and lemon zest. Cook for 10 minutes, until the cherries are soft.  You'll want to make sure that the juices have reduced.  Remove from heat.

2) Using a slotted spoon, spoon two-thirds of the fruit into the bottom of a 9 inch round baking pan.  Set aside  the rest of the juice and cherries for later.

3) Preheat the oven to 425.  Using an electric mixer (stand or hand mixer), beat the egg yolks and 3 tablespoons sugar in a large bowl until fluffy. Then beat in the flour, vanilla, and cream.

4) Using the electric mixer (transfer and clean the bowl if you need to--I did), whisk the egg whites with a pinch of salt until they form soft peaks.

5) Fold the egg whites into the batter until just incorporated and then pour the mixture over the cherries.  Bake on the top shelf of the oven until the batter is puffed and golden brown (15-20 minutes)

6) Let the clafoutis cool slightly and then top it with the reserved cherries and juice.