Even though our recent move was voluntary, I've still found myself searching for the familiar in this unfamiliar city. 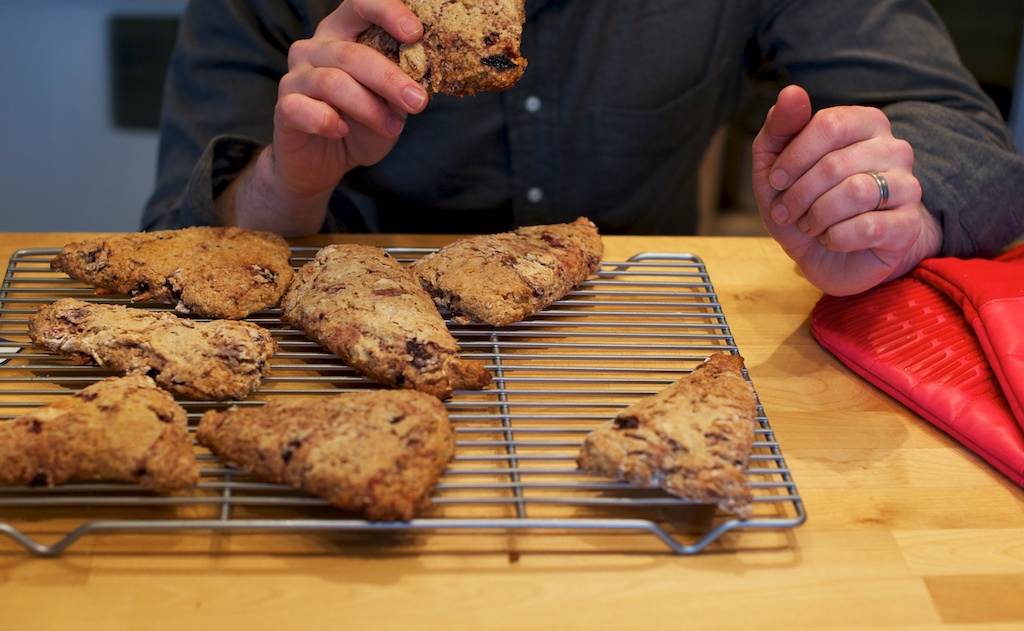 A sense of familiarity is especially necessary when your home-space remains a tad chaotic and you're five days deep into a cold, rainy weather pattern.

To ease the transition, I've tried to replicate certain arrangements we had in our last apartment: our ubiquitous eiffel tower print is now hung above the television, per usual. My desk is positioned in the exact same way. Certain bookshelf arrangements are basically replicated from our Brooklyn apartment. 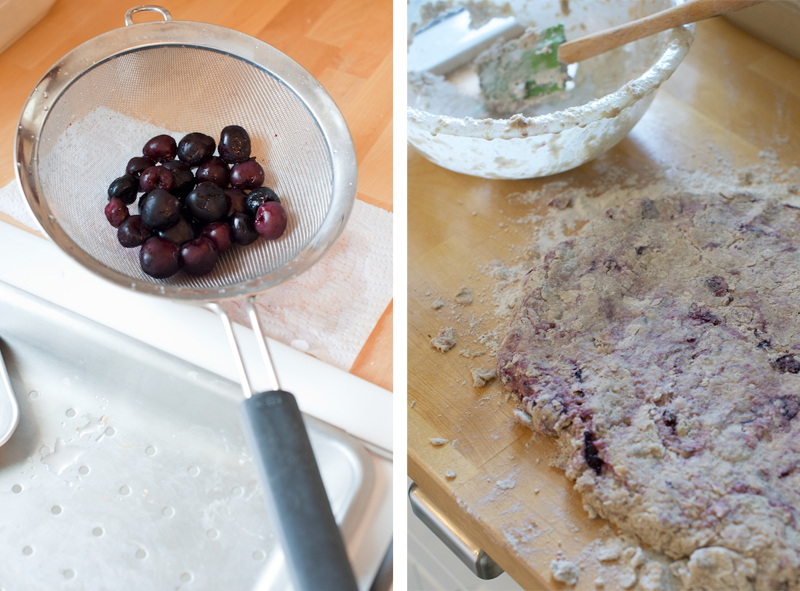 The most consistent source of comfort for me is cooking, especially baking. When our oven was installed last week, Justin and I immediately turned to meals we'd been craving all week and could easily recreate without a recipe, as our cookbooks were still boxed: 101 Cookbook's Cabbage and White Beans, a hearty tomato sauce, a root vegetable curry, and roasted vegetables with whole wheat couscous.

In thinking about what baking project would be a fitting way to familiarize myself with my still unfamiliar kitchen, I immediately turned towards Kim Boyce's Good to the Grain. Before moving, I'd already read through the entire book, and baked three of her different, but equally satisfying, recipes.

As an added local twist, Kim Boyce and her family recently moved to Portland, where she's opened up a bakery in NE called Bakeshop. I haven't visited the physical location of Bakeshop yet, but I did devour a buckwheat and fig pinwheel (imagine a healthy and, yes, tastier cinnamon bun and you're about halfway to understanding how amazing this was) at the Ristretto Roasters in Schoolhouse Electric. 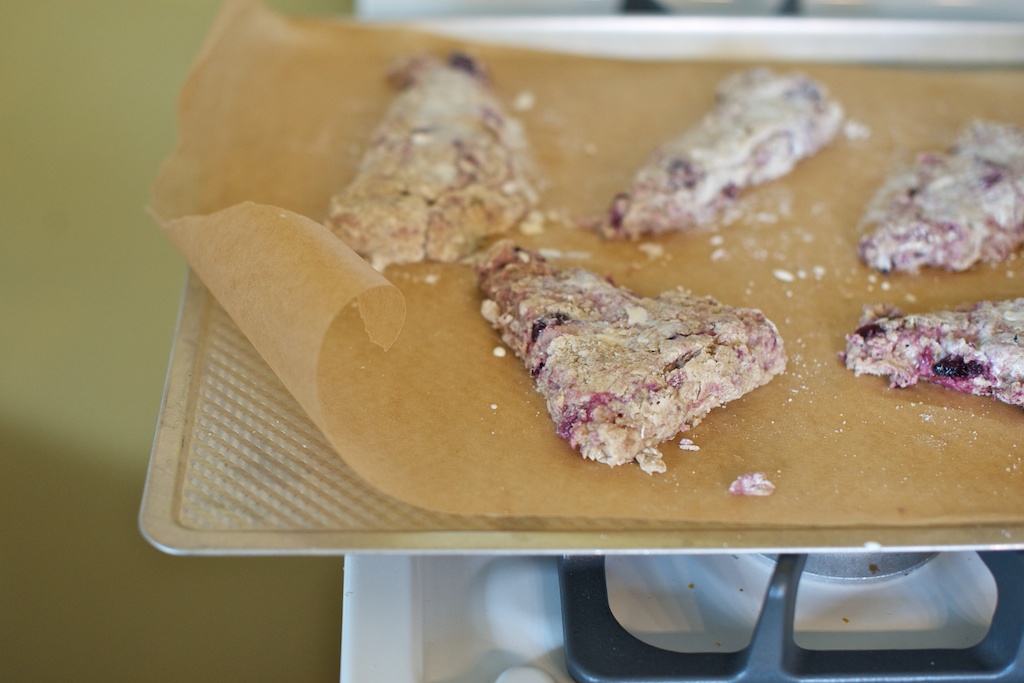 Bon Appetit recently did a spread on baked goods at coffeeshops throughout the U.S. In fact, it was from reading the fine print that I first learned that Kim Boyce was in Portland. Underneath a picture of these cherry scones read a caption: "Kim Boyce, Bakeshop for Ristretto Roasters".

In honor of our move to Portland and in hopes of creating comfort and establishing a routine, I baked these scones yesterday. I remained true to Boyce's recipe, adding a touch less ginger than she asked for, as well as a tablespoon less of heavy cream that's meant to be spread on the scones right before popping them in the oven. As I scrambled around my new kitchen, quite literally stepping over ladders, a watering can, and boxes meant for the basement, I felt in my element, though not quite settled. We haven't arranged or really even stocked our pantry yet, and despite prepping ahead, I scrambled to get the scones into the oven before the dough became too sticky. 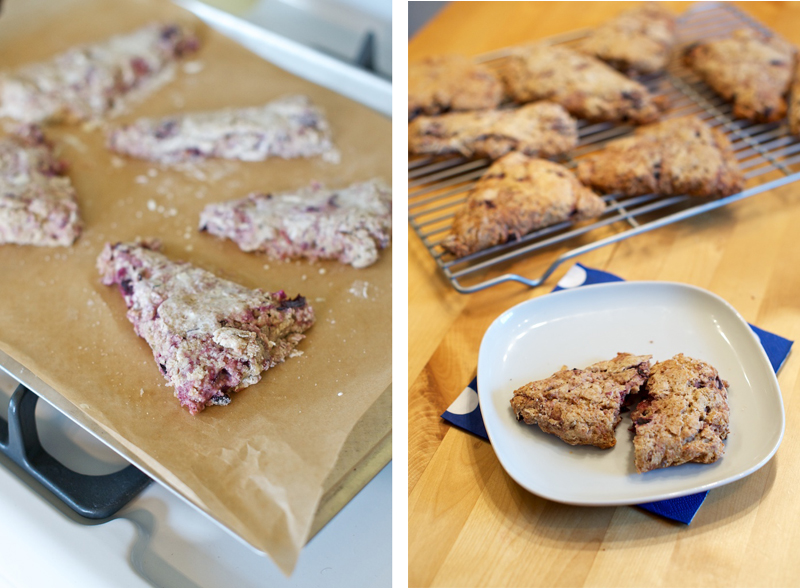 Ignoring my unartistic cuts of dough, these latte-brown scones are tender and moist; breaking one apart reveals melted cherry and soft ginger pieces. The wild card in this recipe is the rye flour. I'd never baked with this flour before, but with several whole-grain recipes under my belt, I've learned to trust Boyce's judgement! Boyce describes rye flour as malty and slightly milky; the milkiness pairs well with sweet fruit, such as the cherries in this recipe. 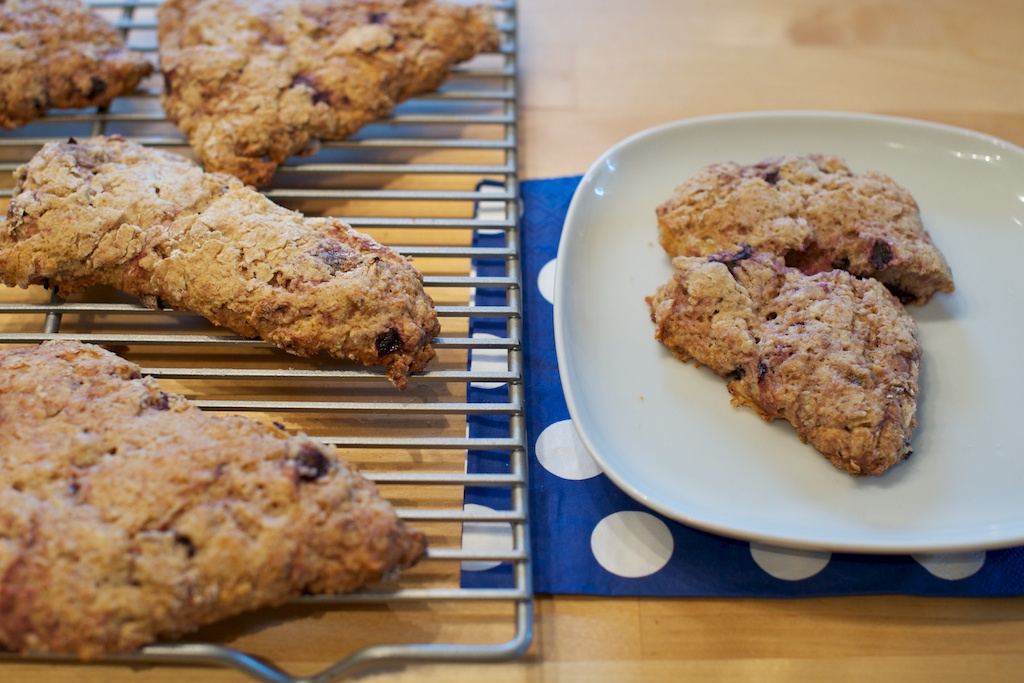 3/4 cup chopped thawed and drained frozen, pitted cherries (*you can certainly use fresh cherries when in season)

1) Preheat the oven to 350. Line 2 baking sheets with parchment paper.

2) In a large bowl, whisk both flours, 3/4 cup sugar, baking powder, and salt. Add the cherries and ginger to this bowl and toss to coat.

3) In a medium bowl, combine 1 cup cream, buttermilk, and zest. Pour this cream mixture into the large bowl of dry ingredients. Stir until partially combined.

4) Lightly flour a large, flat surface (countertop or baking stone). Scrape the mixture onto this surface. Flour your hands and knead the mixture until dough forms (Boyce recommends 4-6 turns). Form this dough into a 10x5x1 rectangle.

5) Cut the rectangle lengthwise in half. Cut each half into four squares. Cut each square in half diagonally to form triangles. (*You'll notice that this isn't exactly what I did--the dough became quite sticky and I didn't want to risk ruining the recipe).

6) Transfer the shapes to the prepared baking sheets. Brush with a bit of cream, if you desire, and sprinkle with about 1 tablespoon of sugar.

7) Bake scones for 30-35 minutes, rotating halfway through. You want the scones to be golden brown and give a little when you push the tops. Let cool and then enjoy! 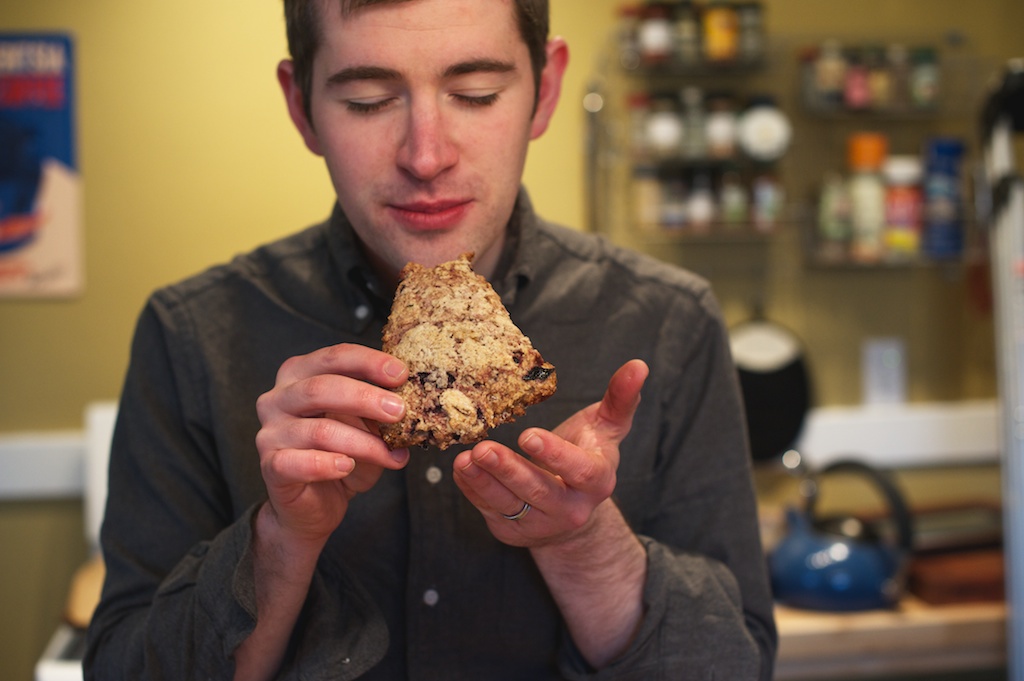