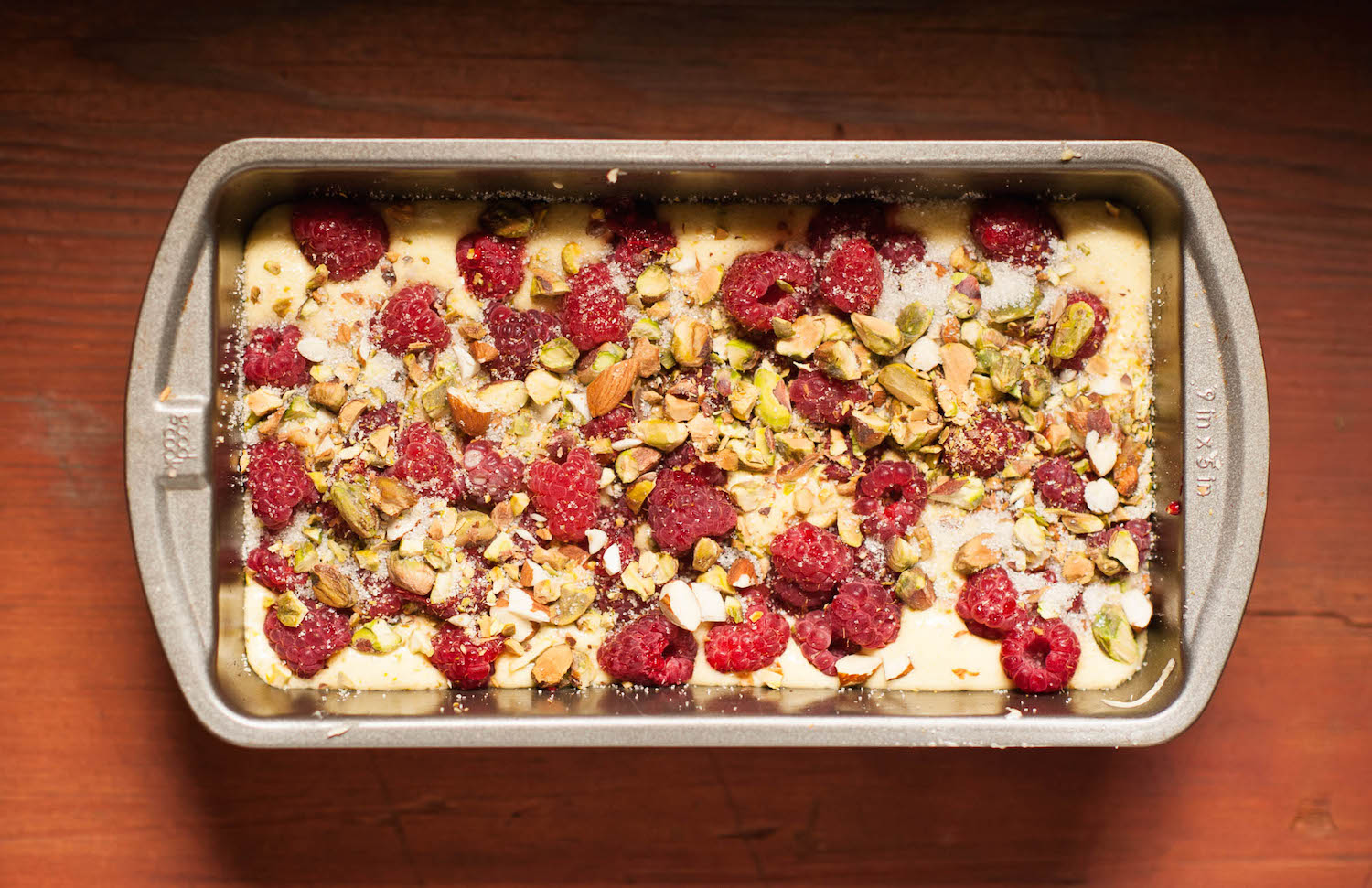 Bon Appetit recently published an entire spread on Sqirl, a restaurant in LA that writer Matt Duckor calls “the future of restaurant food”. I’ve neither been to Sqirl nor even to LA, so I can’t speak to anything except for the recipes featured in the June issue of Bon Appetit. Yet after making both this lemon cake and six amazing carrot latkes, I can speak with some confidence that if I ever go to LA, I will also be dining at Sqirl. 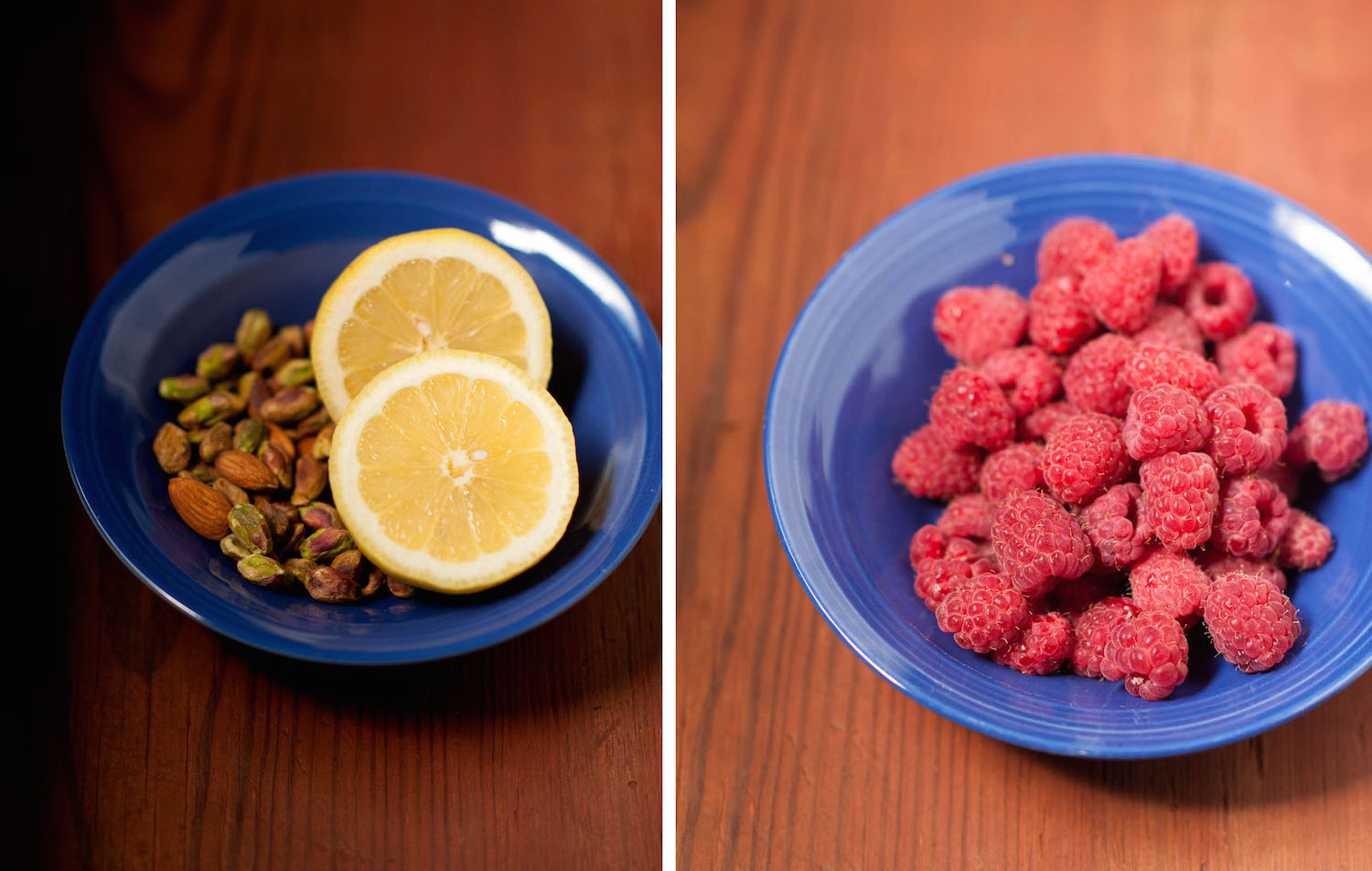 After a stint as a television producer and years as a jam-maker, successfully spreading her jam philosophy and tasty concoctions around the country, Jessica Koslow opened Sqirl the restaurant in 2012. The name Sqirl is a hybrid of the words girl and squirrel, a word that seems to aptly capture Koslow’s view on food preservation that is equal parts quirky and fun: “a girl who squirrels”, elaborated Koslow to L.A. Mag. Los Angeles Magazine calls Sqirl some of the “most soul-satisfying food in Los Angeles”. It’s apparent that even with her baking and restaurant background, Koslow still identifies as a jam-maker, not a chef, on her website, writing that her jams are meant to “remind us of the value in the antique process of preservation” and “portray the wealth and diversity of...California’s generous seasons”. 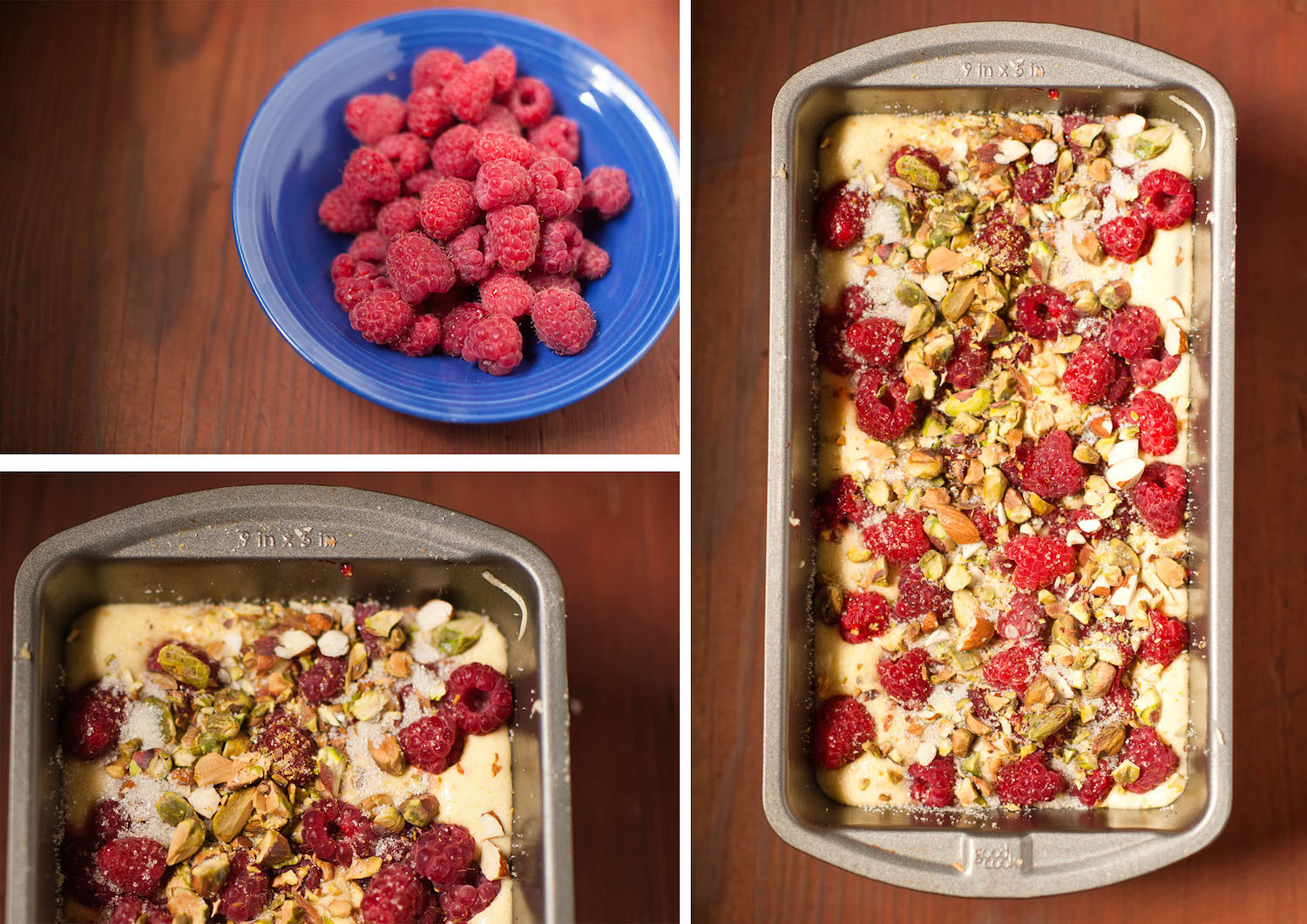 Based on the Sqirl recipes Bon Appetit published, it seems evident that Koslow has discovered how to showcase her passion for food preservation in ways that extend beyond jam. Her dishes summon that same comforting mood you feel after a spoonful of fresh-out-of-the-pan strawberry jam. She puts dishes together that don’t seem like they’d necessarily work on paper, but when combined together, are satisfying to a level that’s hard to explain. If written words could stutter in pleasure, Randy Clemons’ article does just that when trying to explain the hold Sqirl’s food has over him: “I’ve developed a huge food crush on Koslow. She brings out an ingredient’s nuances that hadn’t ever before made themselves known to me, and probably dreams in colors I’ve never seen.”

Koslow’s ability to meld simplicity with bold flavors is readily apparent in this airy, lemon-forward cake. My favorite recipes aren’t complicated to make, but still manage to present complicated flavors that ricochet off your tongue with each bite. This lemon cake initially tastes almost entirely of lemon, until you combine a bite with the raspberry and pistachio topping. Then this baked treat is elevated into something else entirely: a cake version of a raspberry and pistachio jam. (A jam which Koslow should seriously consider making!) 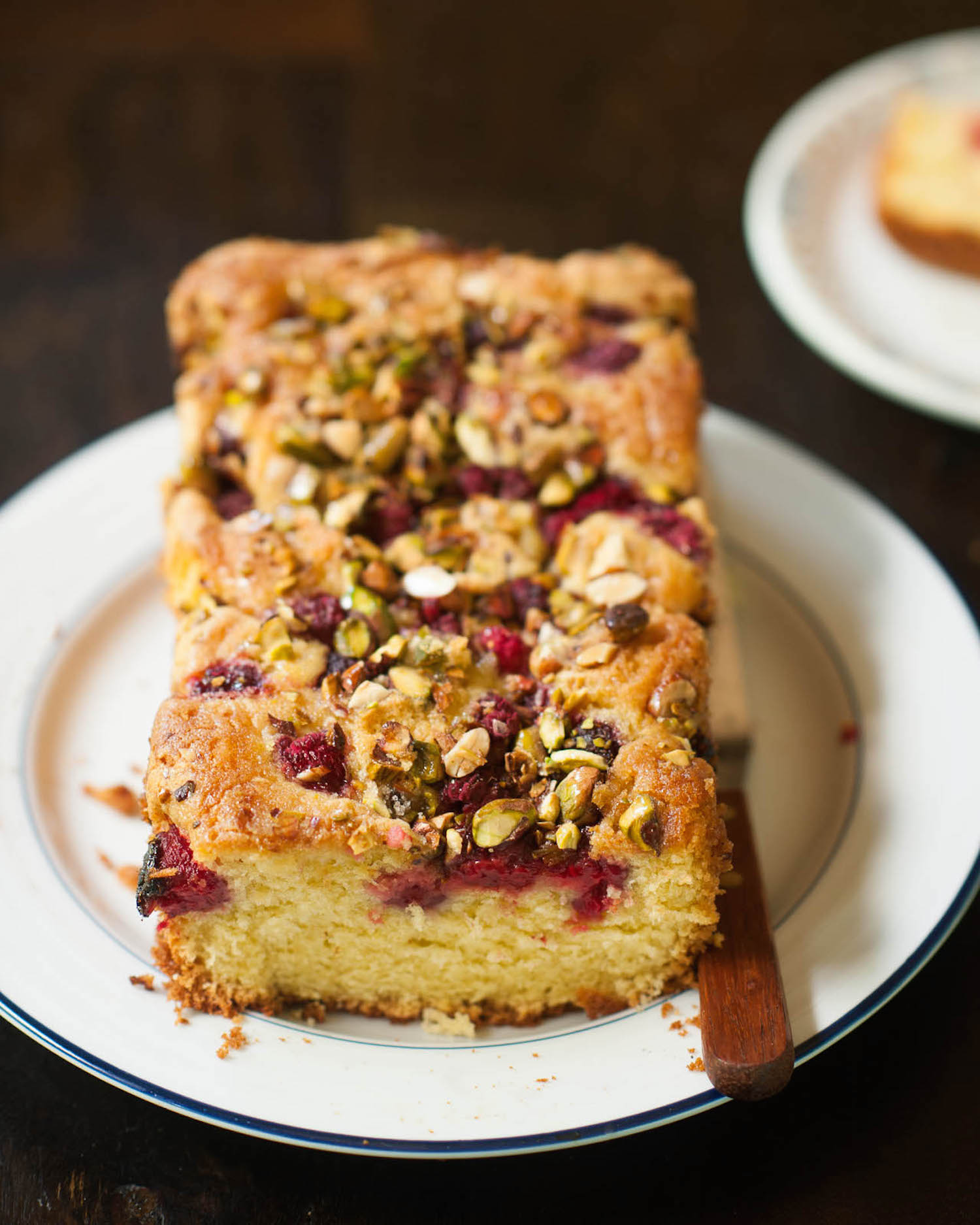