Since moving to New York, I've become a bit preoccupied with chocolate.  We keep a bar in the pantry at all times as our preferred nighttime snack (so far I haven't noticed any negative weight gain from this...hopefully someone would let me know!?).  We tend to alternate between two chocolatiers. Our first choice is Mast Brothers, as I'm collecting their beautiful bar wrappers and their chocolate isn't half-bad, either....  Okay, even though I'm joking, I can barely even type that last part without wanting to delete it--Mast Brothers chocolate is sinfully delicious.  The other local artisanal chocolate we munch on is Fine and Raw Chocolate. 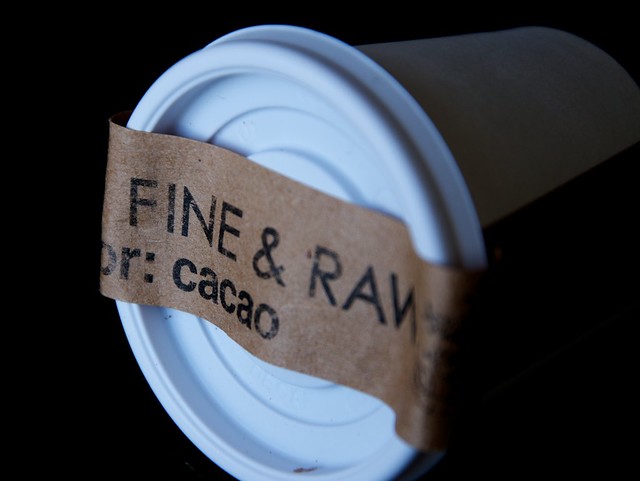 About a week after we moved here last November, we had our first bite of Fine and Raw at the Brooklyn Flea.  Shortly after, a few lucky family members received Fine and Raw chocolate as one of their stocking stuffers. 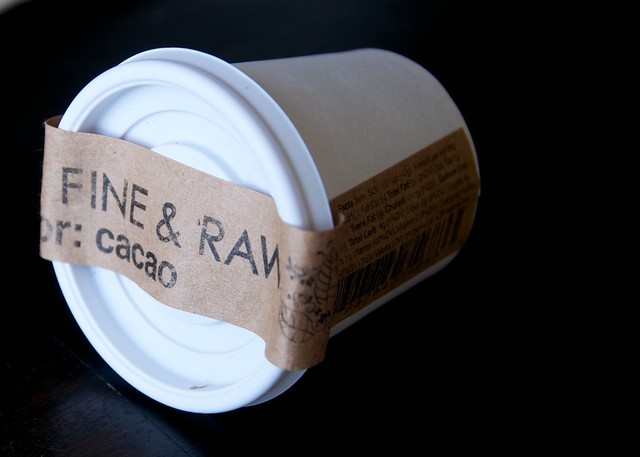 Daniel, Fine and Raw's artisan, creates raw chocolate concoctions that are both rich and meticulously researched and prepared.  All of the cacao is ethically sourced from a small farmers co-op that practices sustainable farming.  In addition, the Fine and Raw packaging is recycled and even printed with vegetable based inks. 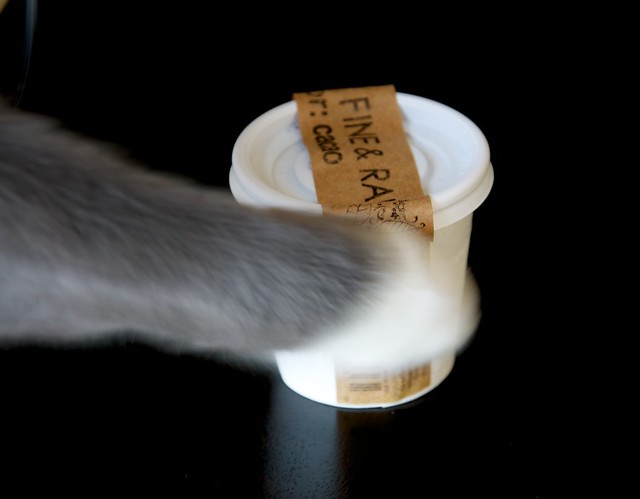 As part of a summer treat, Daniel sold Fine and Raw ice cream at the Brooklyn Flea.  This raw chocolate ice cream is also  available in Brooklyn stores like Perelandra, The Greene Grape, and Urban Rustic. If you're in the area, pick up some for yourself.  The container is TINY, but justifiably so, because the ice cream is so rich and coconut-y.