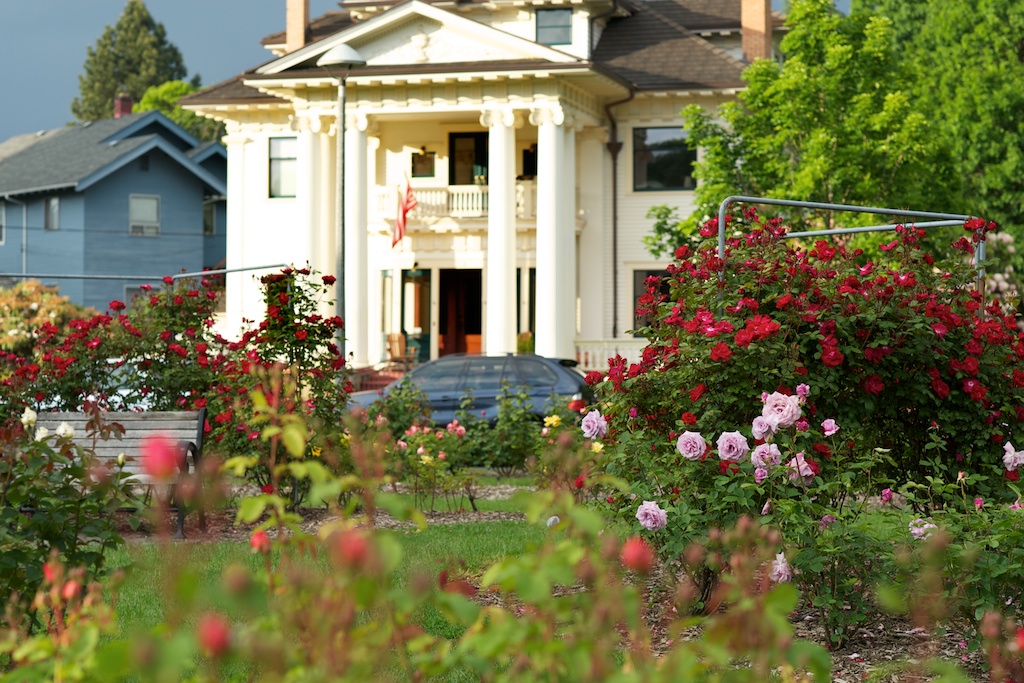 Like many cities, Portland contains numerous neighborhoods. Many blend into each other organically, making it difficult to know when you've left one and crossed into another. With the neighborhood of Ladd's Addition, however, there's no confusing where you are. 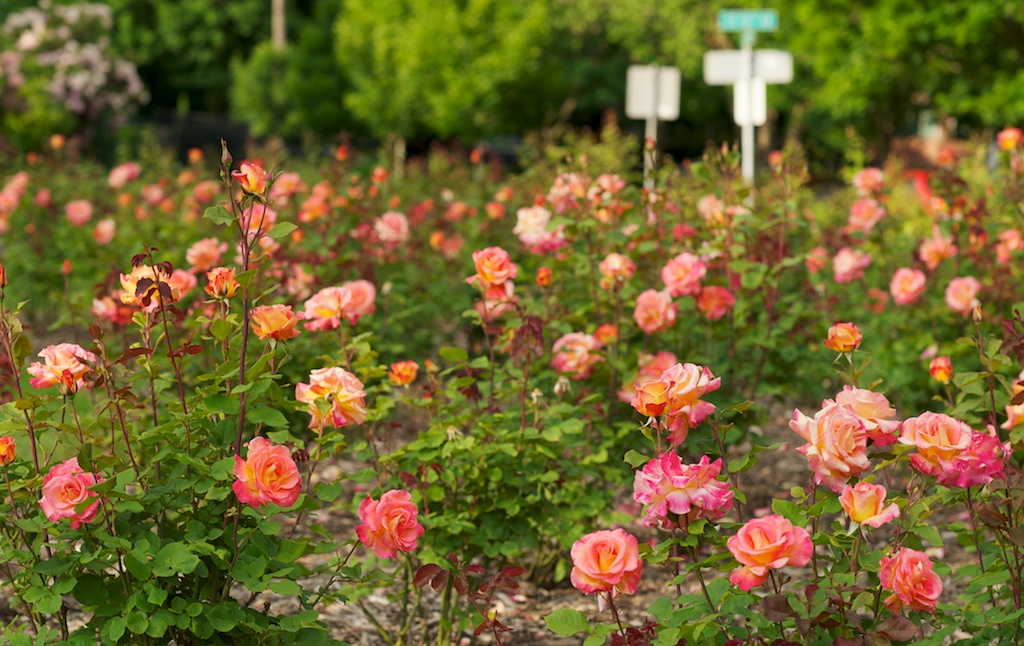 Before 1891, the land that makes up the Ladd's Addition neighborhood was a farm owned by William Ladd, Portland's mayor. Ladd subdivided his land for residential use, drawing inspiration from Washington, DC's spoke-like grid system. Ladd's Addition looks like a wagon wheel, its spokes as the roads, complimented by a central garden and four rose gardens at the vertical and horizontal intersections.

The homes--a mixture of bungalows, foursquares, and craftsmen--are set back from the street and surrounded by trees. The combination of diagonal streets, lovingly built homes, and old growth trees leads to a serene feeling everytime I drive or bike through the 10 block neighborhood. 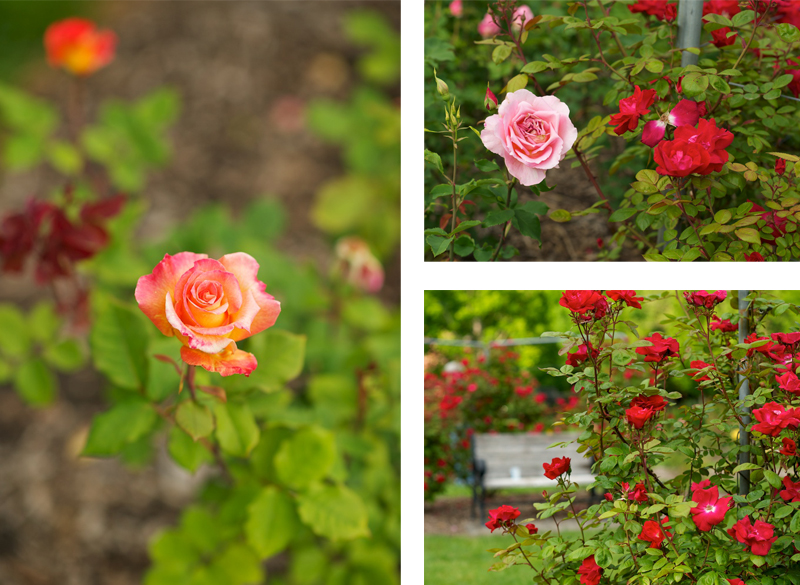 Portland isn't just arbitrarily called 'the city of roses'. Now that roses are in bloom, I'm noticing them everywhere--random roads, neighbors' yards, and most stunningly, the Ladd's Addition's rose gardens. Last week, I spent some time in one of the gardens before a thunderstorm rolled through the city. 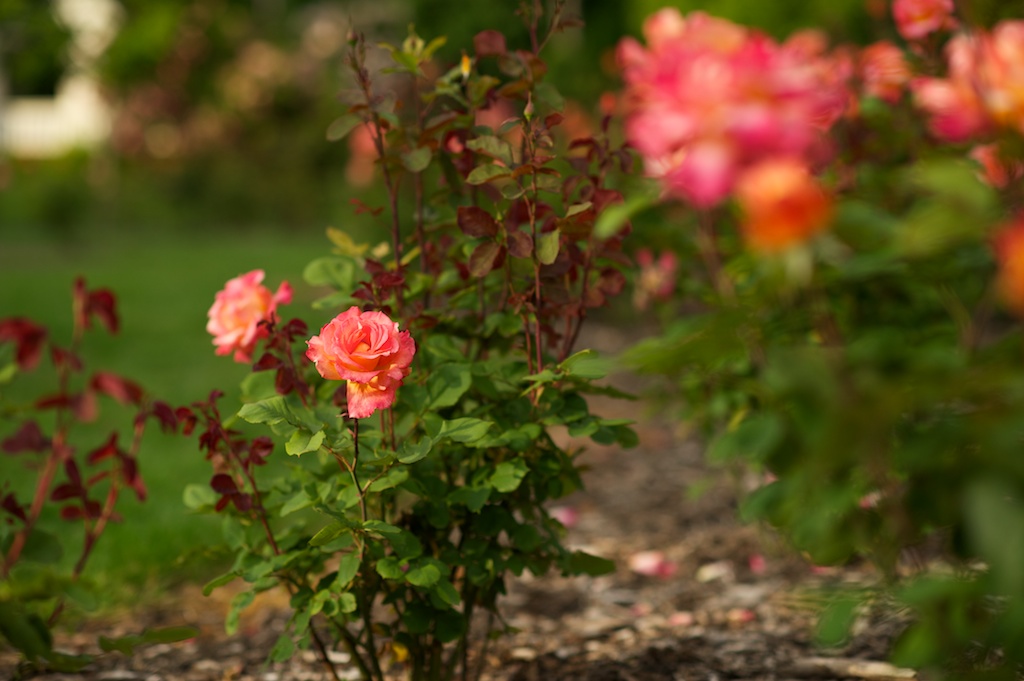 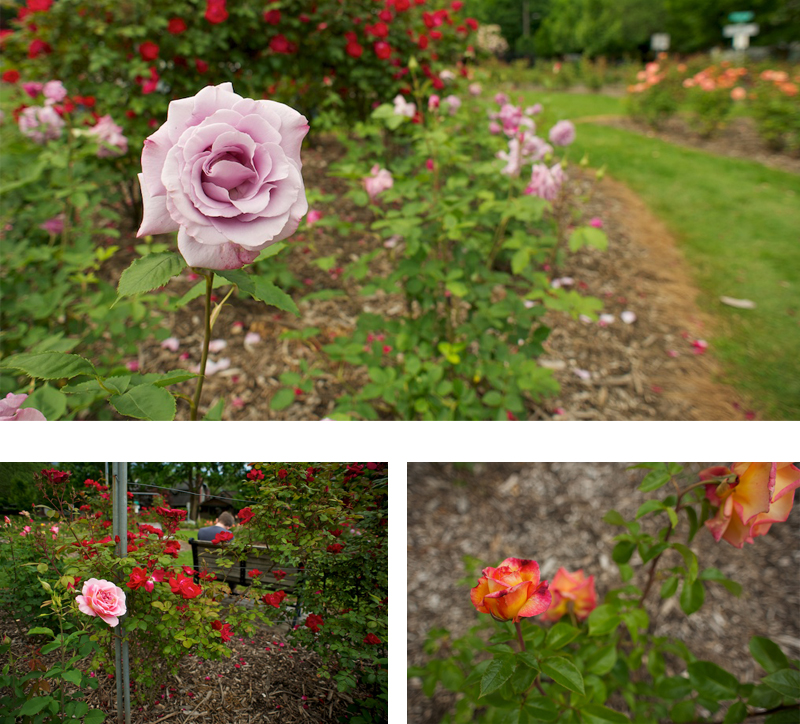 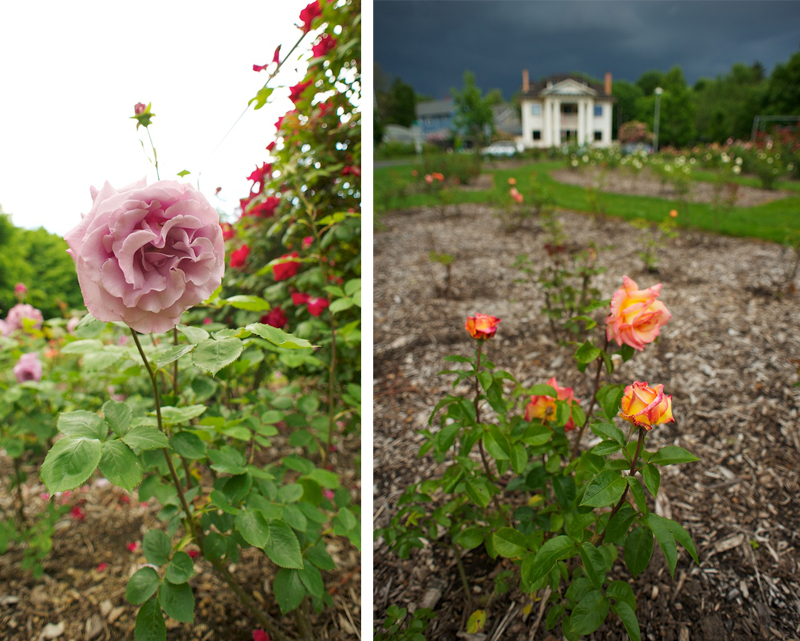