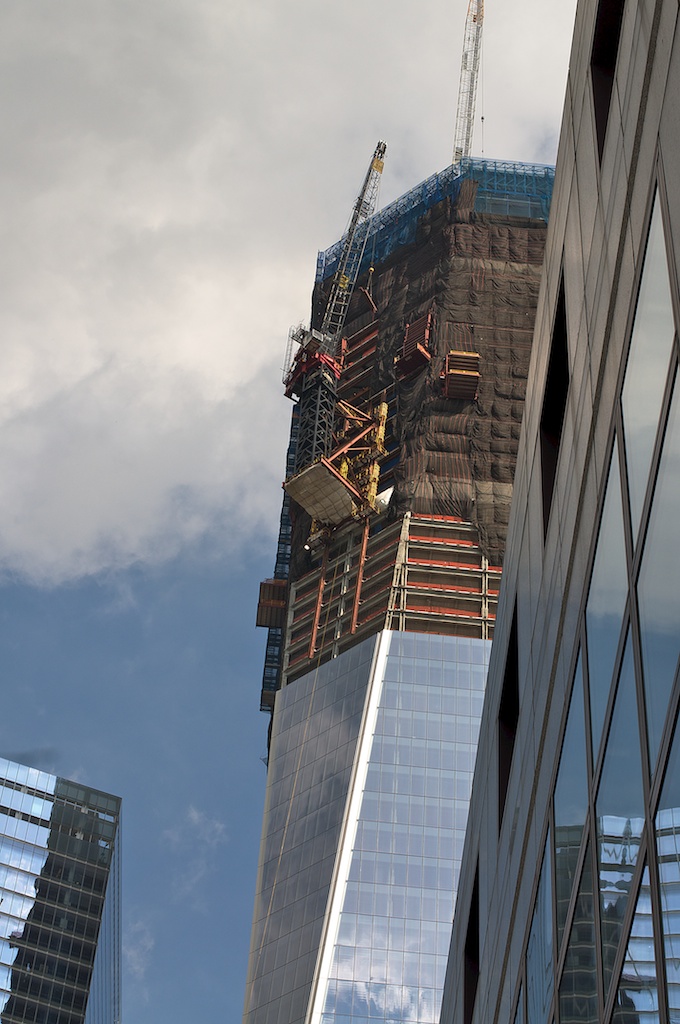 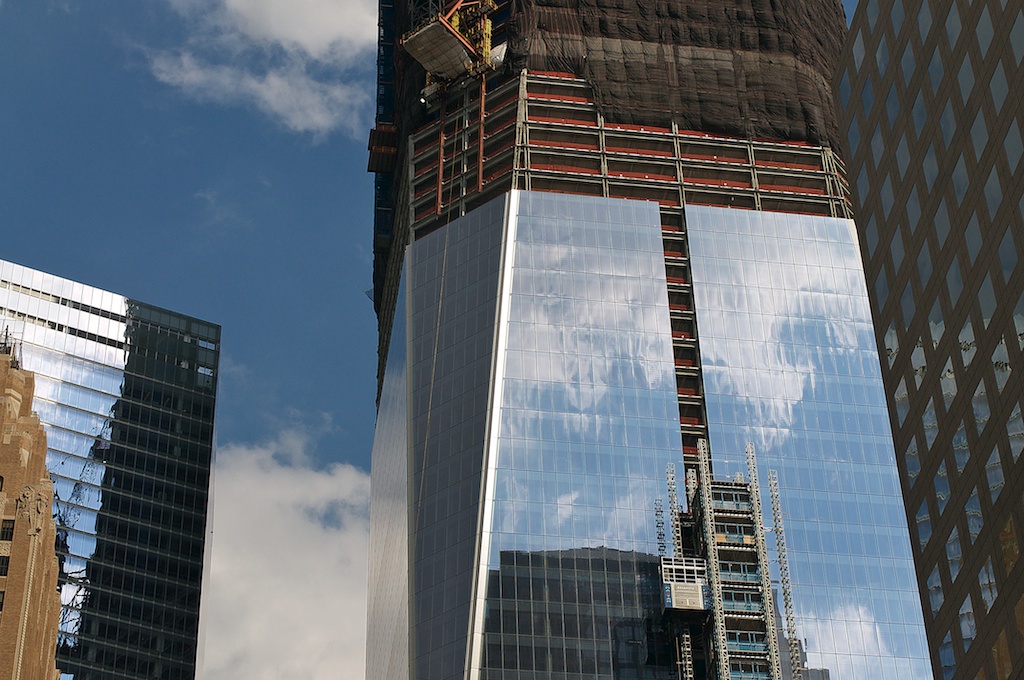 When we moved to New York in 2009, the entire site was still a large pit, and the hole in the ground served as a continual source of embarrassment for locals and visitors alike, who'd ask questions like "8 years later and we still haven't rebuilt?'.  Though One World Trade Center's cornerstone was laid in 2004, construction was stalled for several years while contractors, designers, development firms, and New York City disputed financing and design. 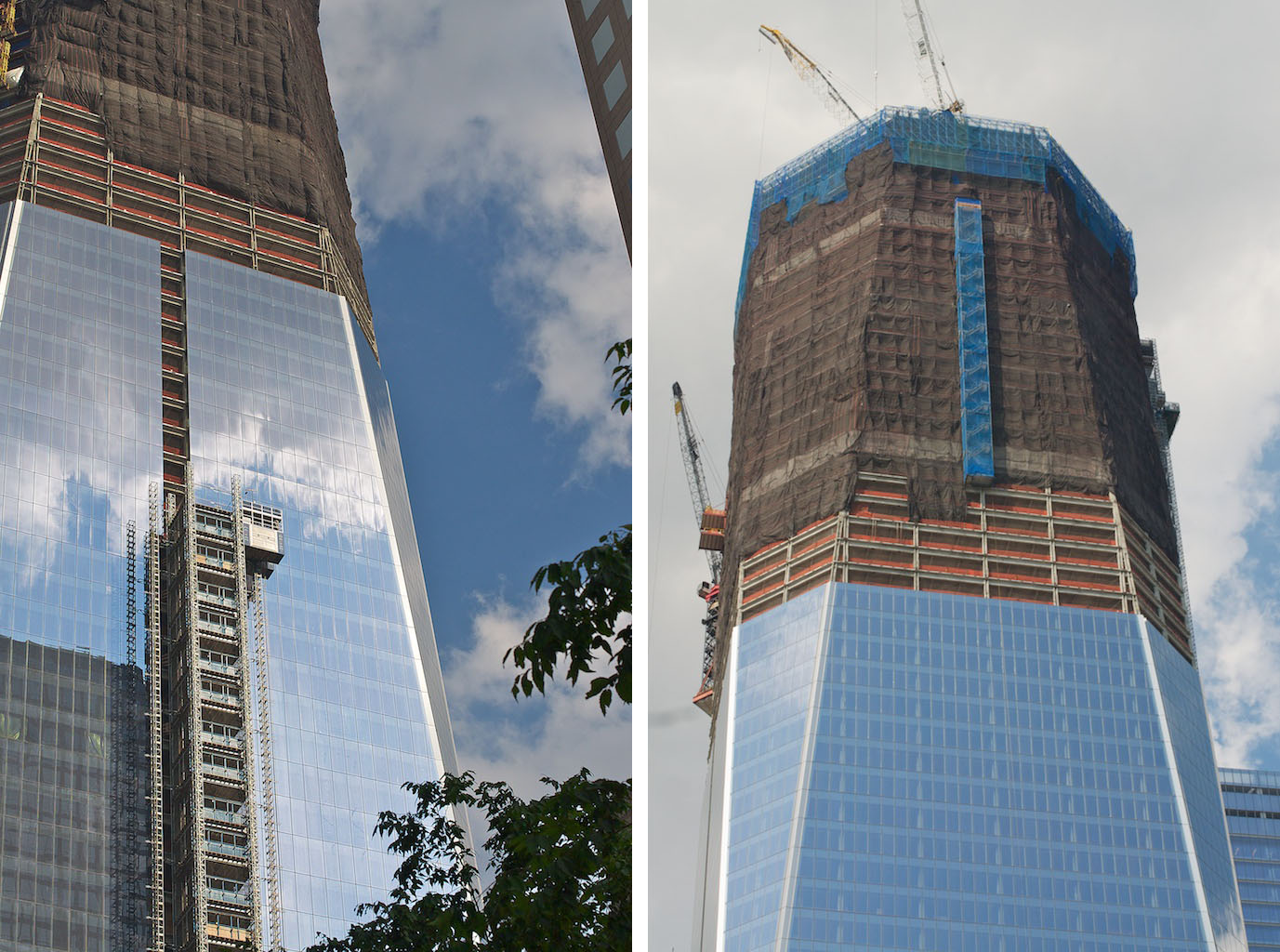 Construction started again in full after 2006, so in actuality when we looked at the pit in 2009, progress was happening, it was simply underground and impossible to see.  Workers laid a 187 foot concrete base before starting the construction of the building. 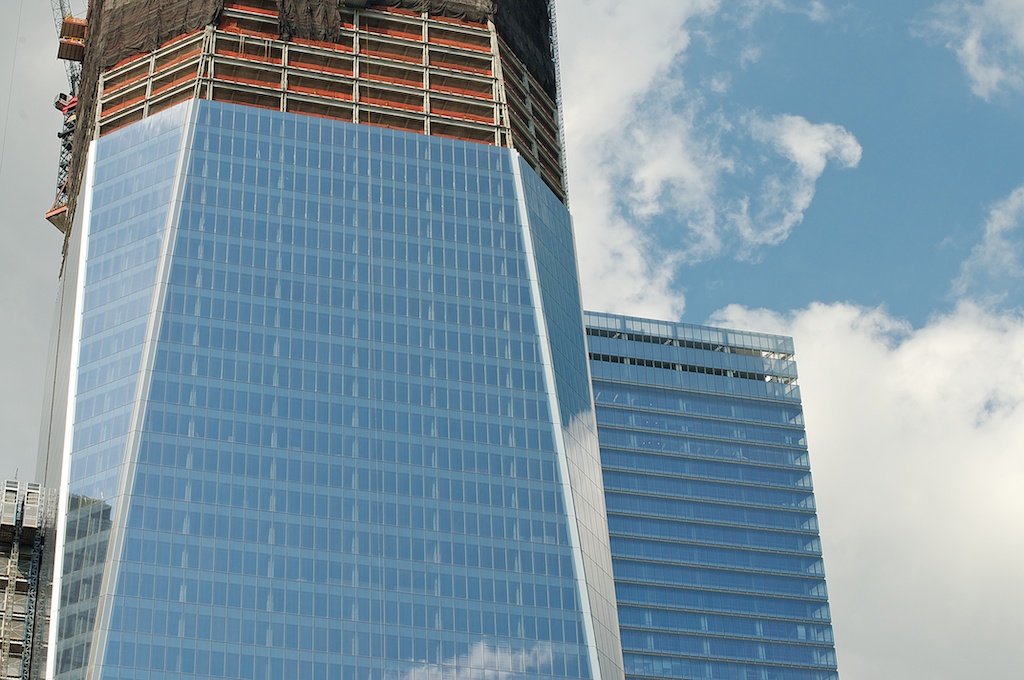 This September 11th, in order to commemorate the 10 year anniversary of the attacks, The National September 11th Memorial and Museum will open. The reflecting pools near One World Trade Center are located in the exact locations of the former Twin Towers, and the museum lies under these pools. 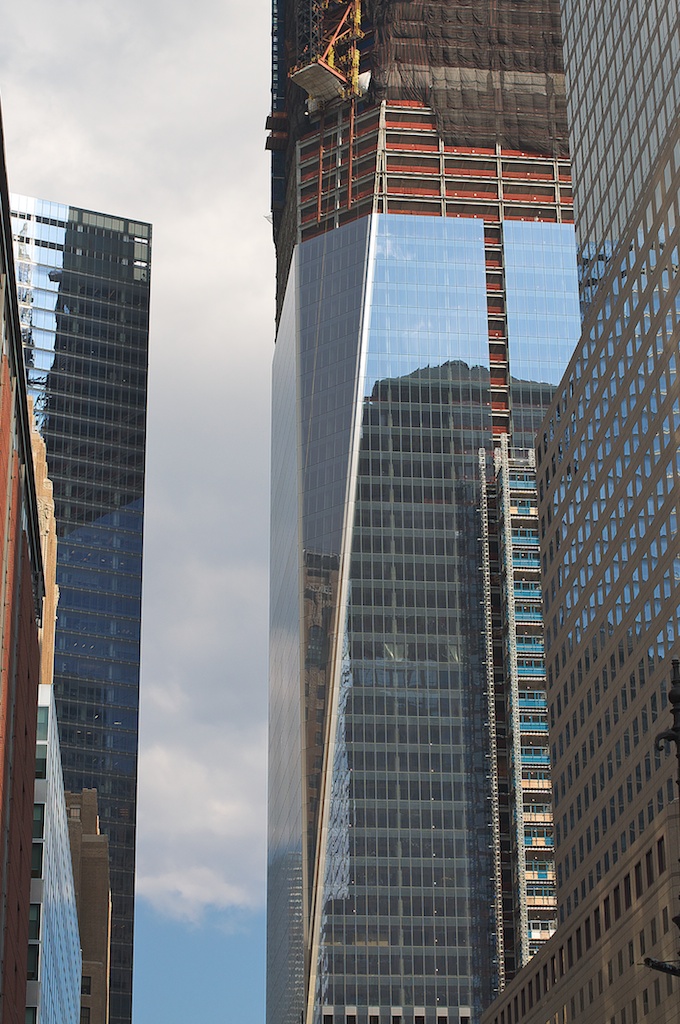 I love the various angles of reflection the building offers.  One World Trade Center serves as a sturdy, strong addition to the city's skyline.  This coming September 11th will be an emotional, difficult day for many, but it won't be a day when anyone asks 'why hasn't America rebuilt?'.