I had several motivations for baking this deep-dish apple pie, but I'd like to start with the reasons I had for NOT baking it:

First, it's early January. A holiday season of cookies and drinks has naturally precluded a desire to eat sweets in early 2013.

Second, Deb Perelman specifically created this apple pie to serve a large family gathered around a holiday table...not two people with only a casual craving for something sweet. 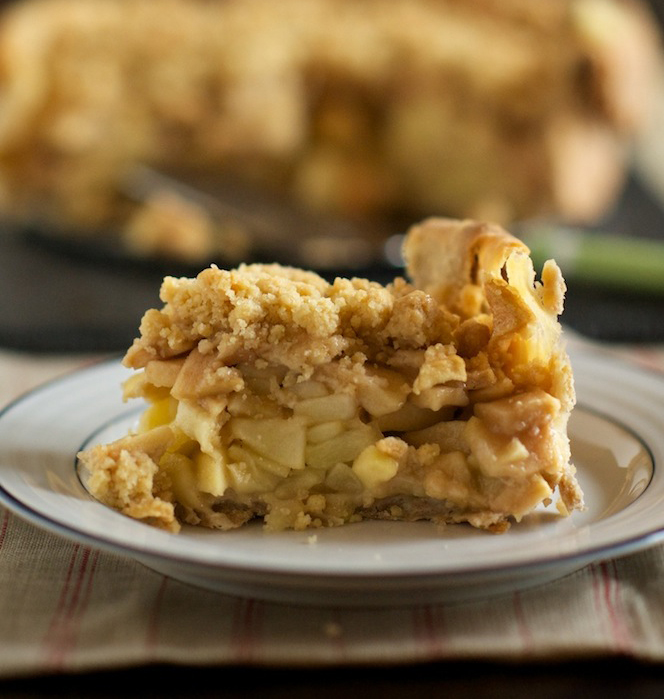 Yet, I made this pie anyway, and I'll tell you why.

Inspiration often springs from disappointment--especially in the case of food. After feeling less than enthused about my Thanksgiving pie, I vowed to tackle pie-making in the New Year (one of my more fun New Year's resolutions). For Thanksgiving, despite dedicating a week to test different dough recipes, and despite roasting a flavorful pie pumpkin, my combined efforts fell flat. The pie dough stuck to the plate and ultimately felt insubstantial next to the denser squash.

In an effort to better organize my freezer last weekend, I spotted two frozen balls of pie dough from my Thanksgiving dough experimentation. I defrosted a ball of basic butter dough (Perelman's recipe) and a ball of spelt flour dough (Kim Boyce's recipe), with the idea of merging them together in some sort of apple pie. 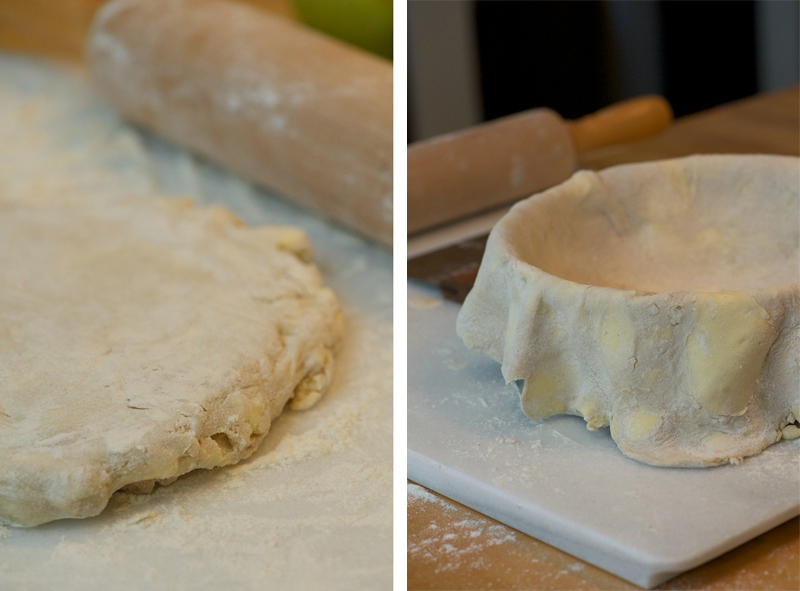 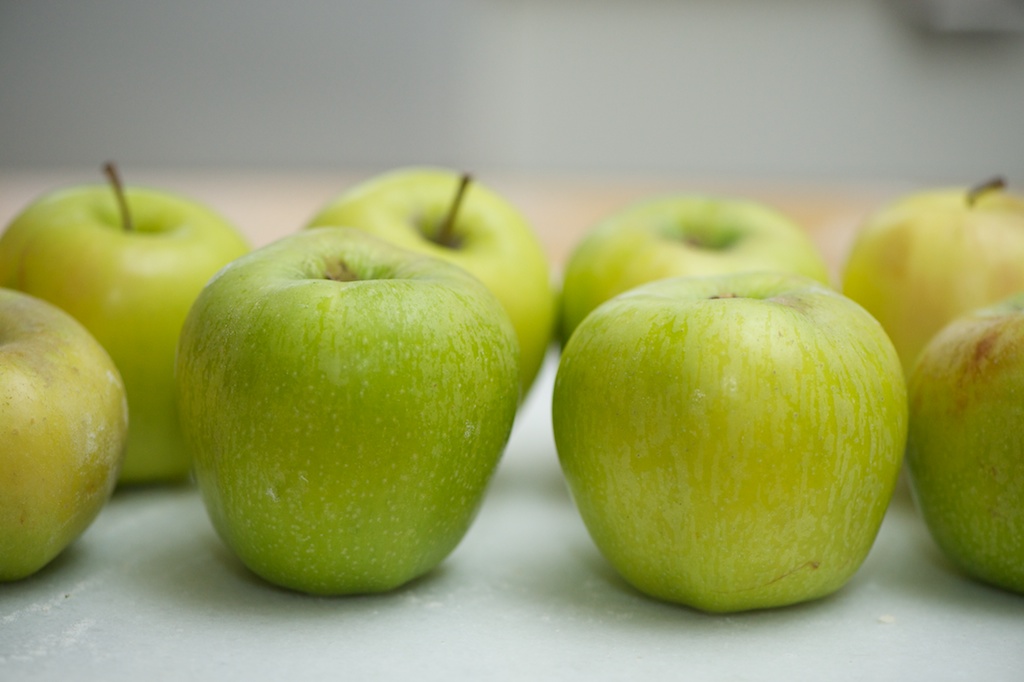 I had impulsively decided to bake an apple pie the day before, hoping that there was some leftover dough hiding in the freezer. I bought three pounds of Crispins at the Shemanski Park Farmers' Market. and later supplemented these with two additional pounds of Washington State Golden Delicious apples. 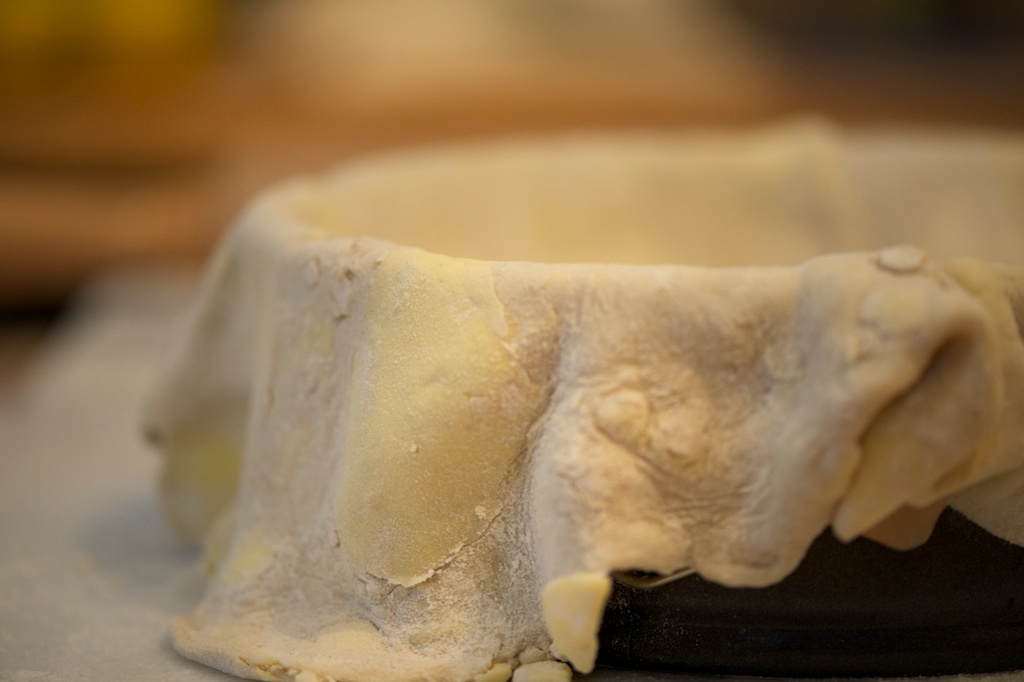 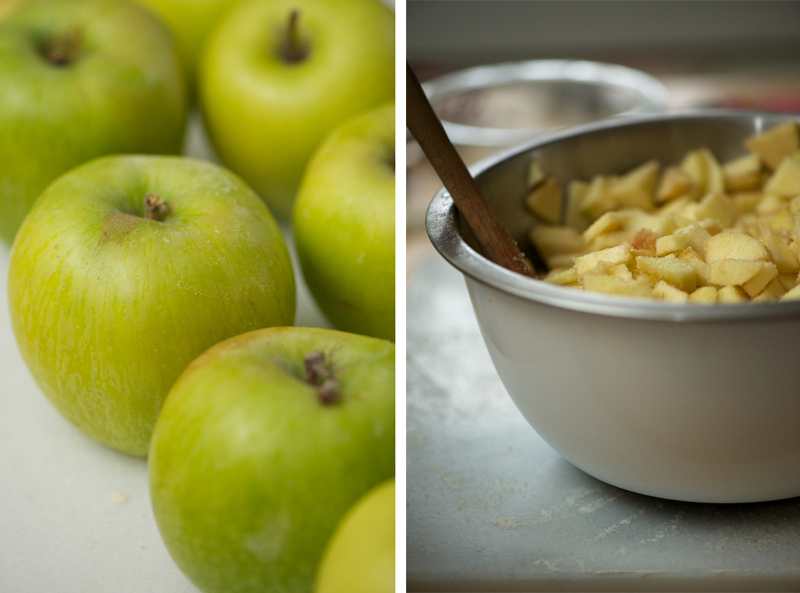 Along with tackling a New Year's resolution right out of the starting gate, my other reason for wanting to make this pie--at a time of year when very few people are in the mood for pie--was to showcase a Deb Perelman recipe. We purchased her book, The Smitten Kitchen Cookbook, in November. In the time since, we've relied on her recipes almost weekly, whether it's her recipe for a butternut squash galette, a root vegetable farro salad, or a rice casserole. Each time we cook from her book, I'm too busy preparing, and then enjoying, these recipes to pause and take photos. But in the case of this pie, the preparation and subsequent baking time left me ample moments to photograph a few of the stages and the final product.

Visually, this is the pie equivalent of a deep dish pizza. Taste wise, it's a cross between an apple crisp on steroids and an apple danish (also on steroids). The marriage of basic pie dough and spelt pie dough yielded a substantial base and a crunchy edge. Because Perelman has you slice the apples into such small pieces, each apple piece equally absorbs the sugar and spices, a result that makes your fork return quickly to your plate for another bite. 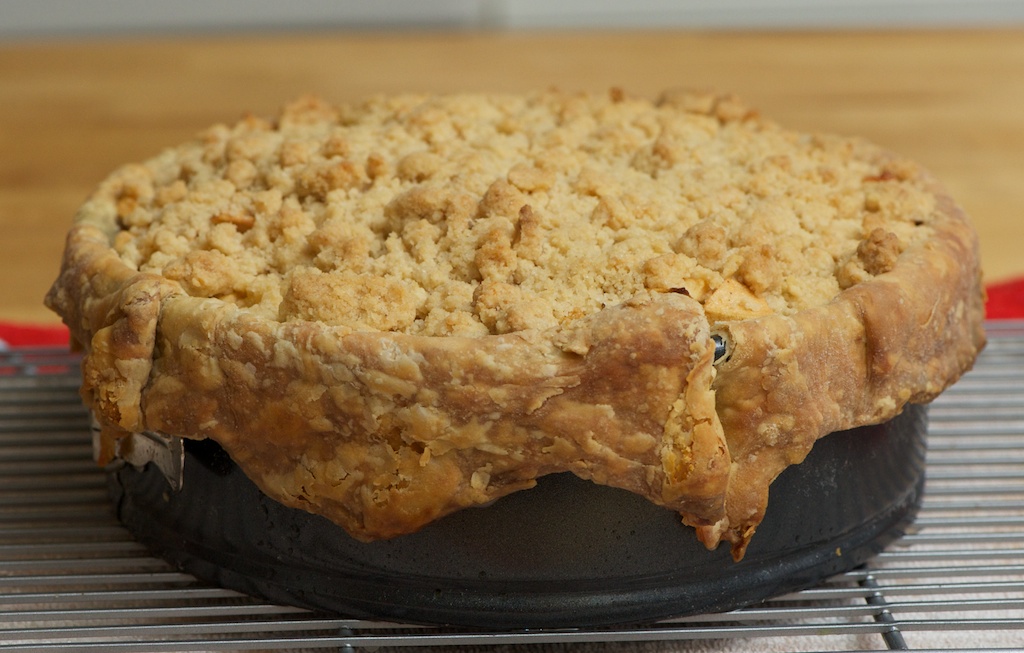 We enjoyed slices of pie for breakfast--and surprisingly, this decision didn't feel decadent. The actual sugar content in the pie, especially for a pie this size, is negligible. So, go ahead and eat a slice for breakfast, as a snack, or as a dessert. Or better yet, find a few people to share this pie with! 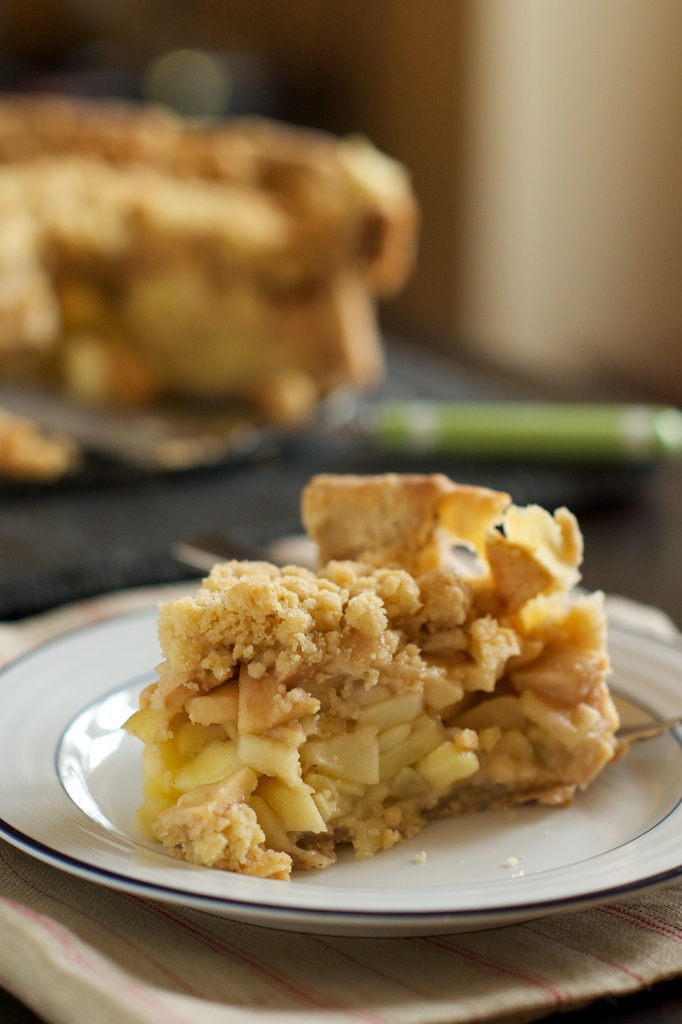 Your preferred pie dough recipe, chilled for 2 hours or overnight.