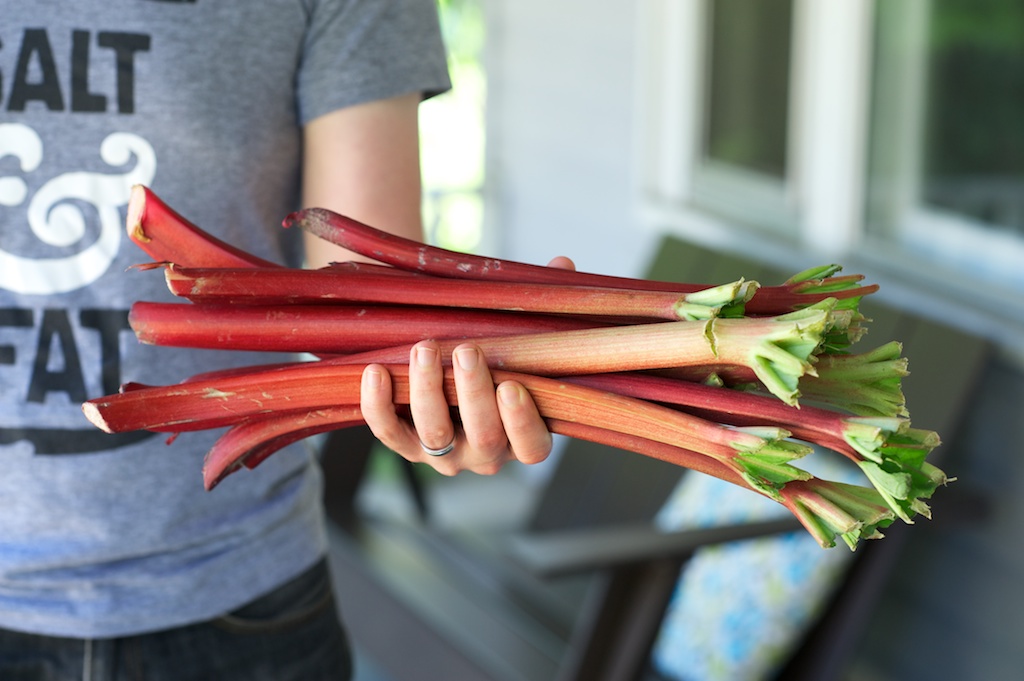 By June, I’ve become dismissive of rhubarb – a feeling I hate to admit, because it means that in the span of a month, I’ve transformed from actively, and eagerly, seeking it out at the market, to haphazardly tacking it on at the end of my shopping list, well after strawberries. Rhubarb, at one time the only “fruit” (really, it’s a vegetable) available at the market loses its shining status, quickly. 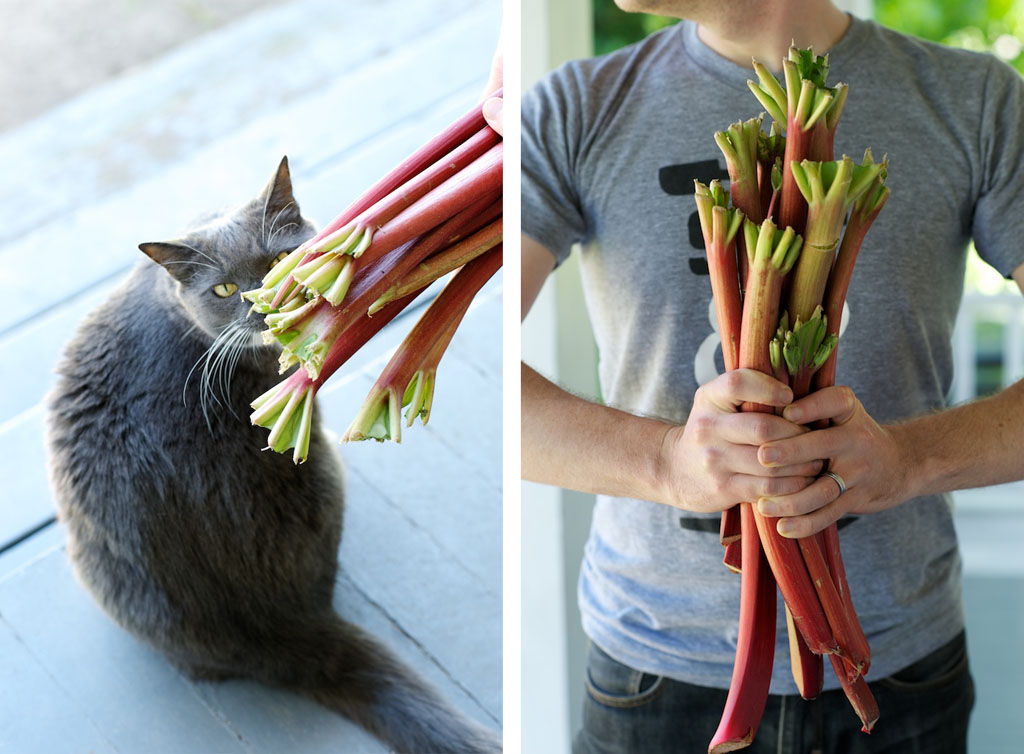 The key difference in my mind is that the only thing required to enjoy a strawberry is a quick rinse. Strawberries are portable and versatile. I derive as much pleasure from eating them straight from the carton as I do from slicing them into a salad or baking them into scones or muffins.

There’s nothing enjoyable about raw rhubarb, except for its funky, irregular appearance as it lays scattered across my kitchen counter. I’ve noticed that many cookbooks prominently feature pictures of people holding rhubarb, much like I’ve done here. It looks rather unkempt sticking out from a straw tote or tucked under one’s arm, and I always get the sense that the chef is eagerly looking forward to taming those stalks. 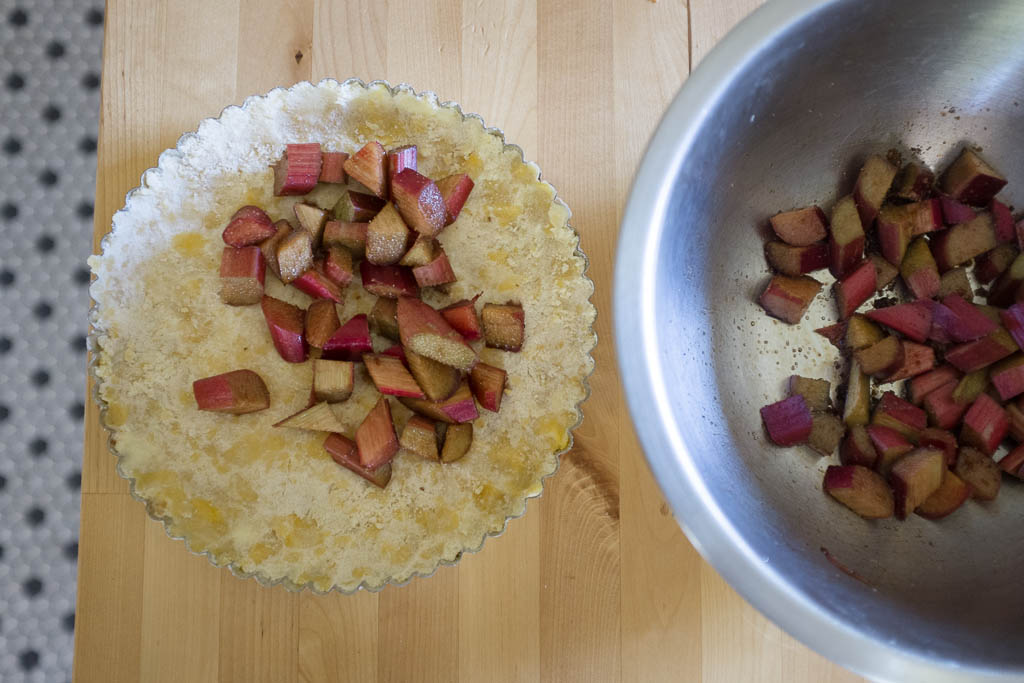 Lately, I’ve been slow roasting rhubarb in the oven, tossed with orange juice, zest, and a bit of honey. The rhubarb pieces retain their shape throughout and only break down once you mix them into yogurt or cereal. My other favorite way to use rhubarb – besides its inclusion in a requisite strawberry-rhubarb crisp – is to bake this rhubarb tart. 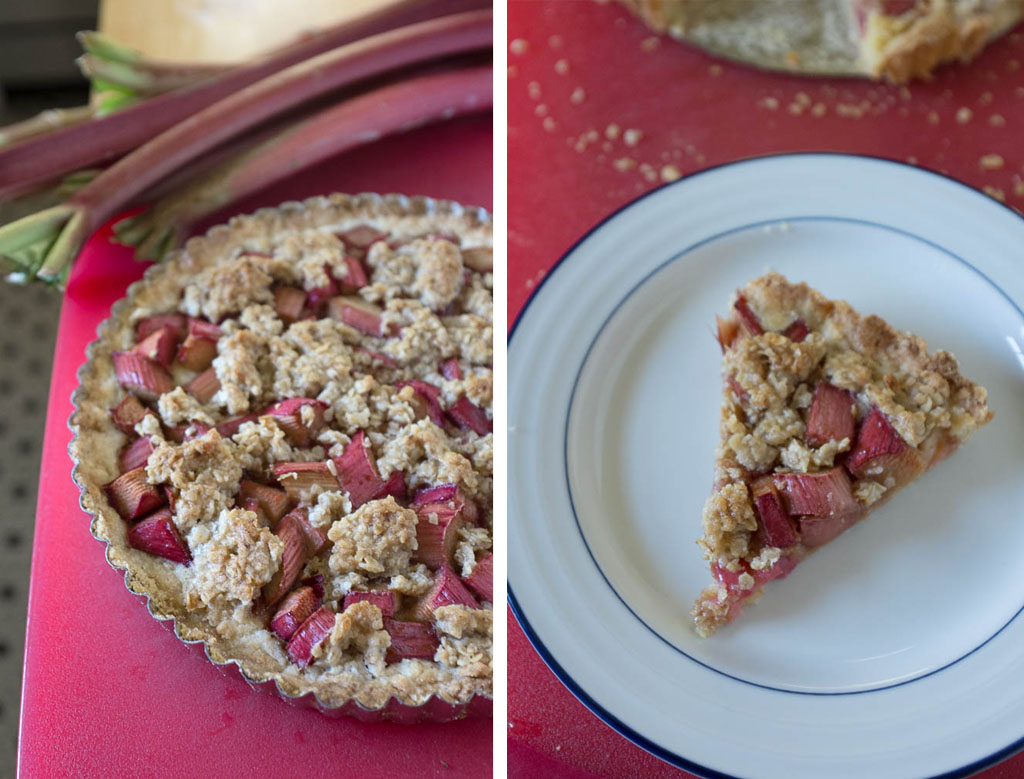 In taste, the tart is very similar to a crisp, but in shape, it’s clearly more structured. And in an effort to honor rhubarb as much as I would strawberries, I let the rhubarb stand alone. The tart’s pastry base starts with a very loose, biscuit-like texture. It’s so loose that it only comes together once you start pressing it into the tart pan. And the scattered topping is equally free-form. Each time I’ve made this tart, I’ve rechecked the recipe, convinced that I’ve missed a step.

The merging of the haphazard tart base, the hard-to-tame rhubarb, and the scattered topping takes place in the last 5 minutes of baking. You’ll be pleased when you remove it from the oven; although I just baked this two days ago, we only have one slice remaining. 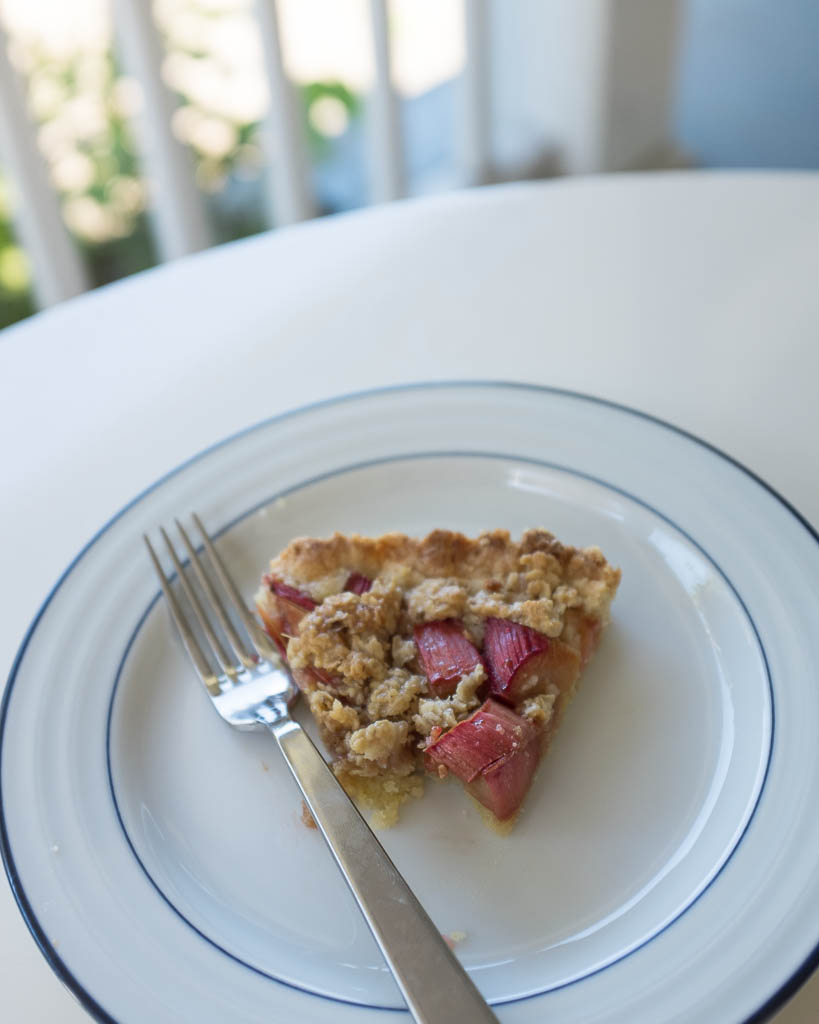