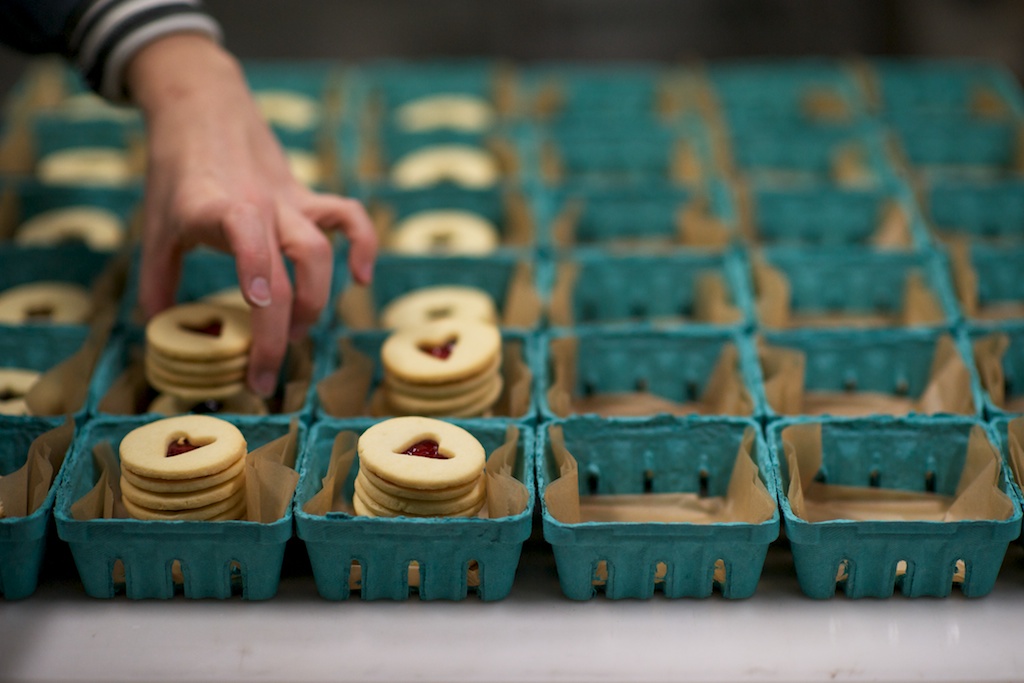 A girl from a large, close-knit Kansas family graduates high school and moves East. After a year at Boston University, she packs her bags and moves to New York City to pursue a life on the stage. Thirteen years, multiple apartments, and numerous plays later, you find her in Brooklyn, juggling a wholesale bakery while continuing to act in plays.

This isn't next summer's break-out movie. (Though, I'd buy a ticket!) Rather, it's the briefest synopsis of Alison Walla's last thirteen years in New York. Alison is an accomplished musical theater actress, whose Broadway credits include A Tale of Two Cities, Fiddler on the Roof, and Into the Woods. Seven months ago, while continuing to act, Alison officially launched Butter + Love, adding small business owner and baker to her resume. 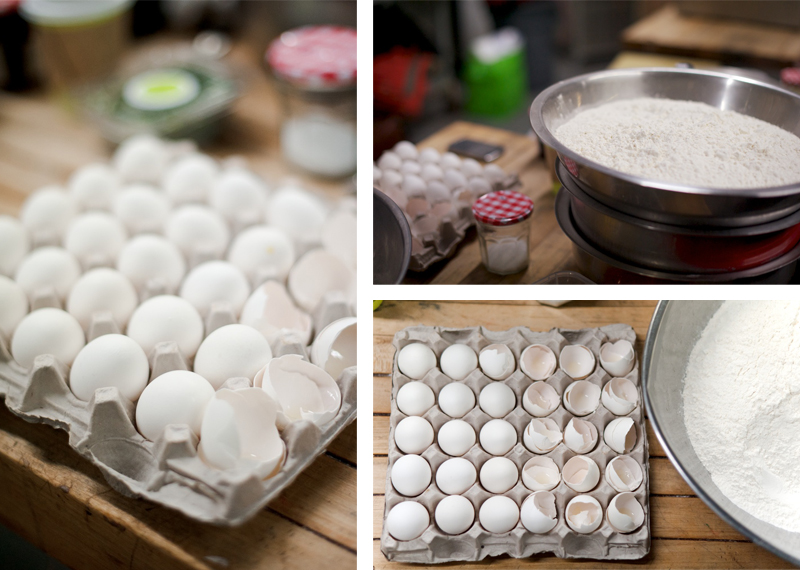 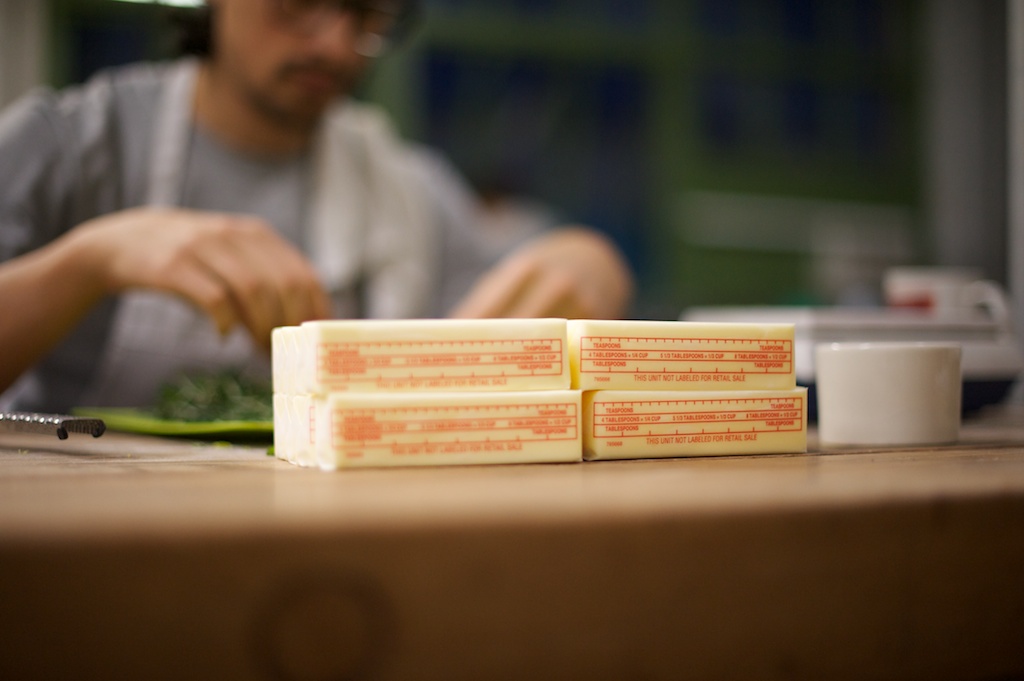 A Broadway actress AND a baker? The personalities associated with these two professions initially seem to be polar opposites. A Broadway actress must be 'on' each night, ready to perform in front of eager audiences, unable to slip into the background or take a night off. A baker spends much of her time by herself, developing recipes through trial and error, working well into the wee hours of the morning.

But there are more similarities than what you see on the surface. With both professions, the only product a consumer sees is the finished product. Theater audiences don't attend rehearsals or casting calls. Those of us with a sweet-tooth don't sit in the kitchen each night as bakers develop recipes. And while an actress must be 'on' and peforming, she is playing a role and can disappear into that role, much like a baker can be alone for hours, focused only on her creation. Both actors and bakers understand the importance of repetition and small gains. Finally hitting a pivotal F sharp correctly in practice means nothing to a theater-goer, but everything to an actress. Likewise, realizing that 1/8th additional teaspoon of baking powder is what will make your cookies rise to the exact height you want them, will mean little to an eater as he munches his cookie. But the baker knows. 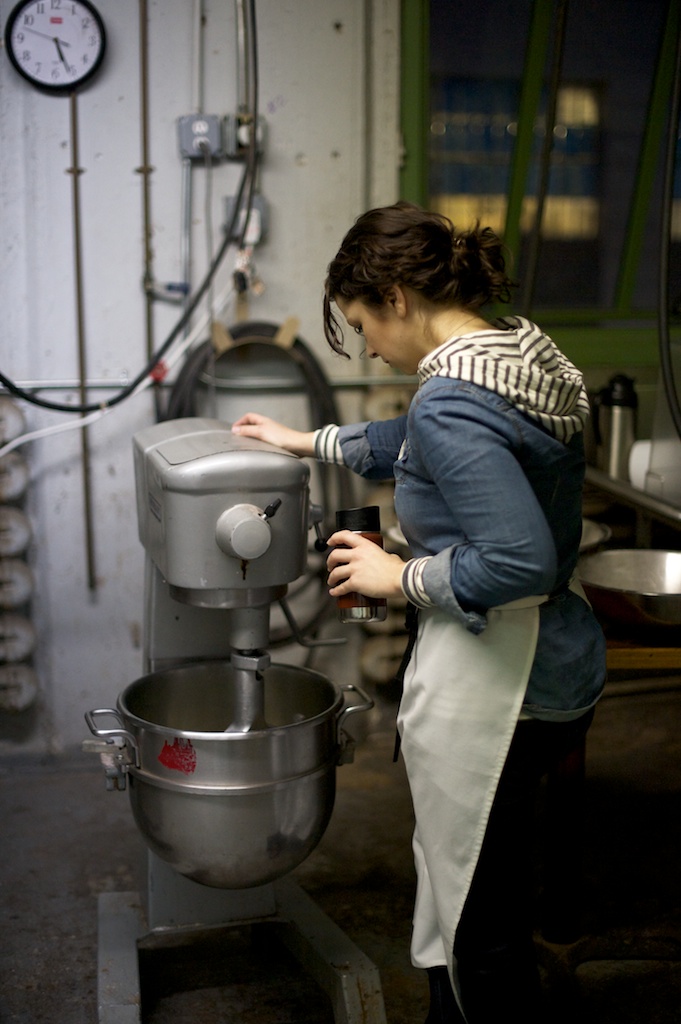 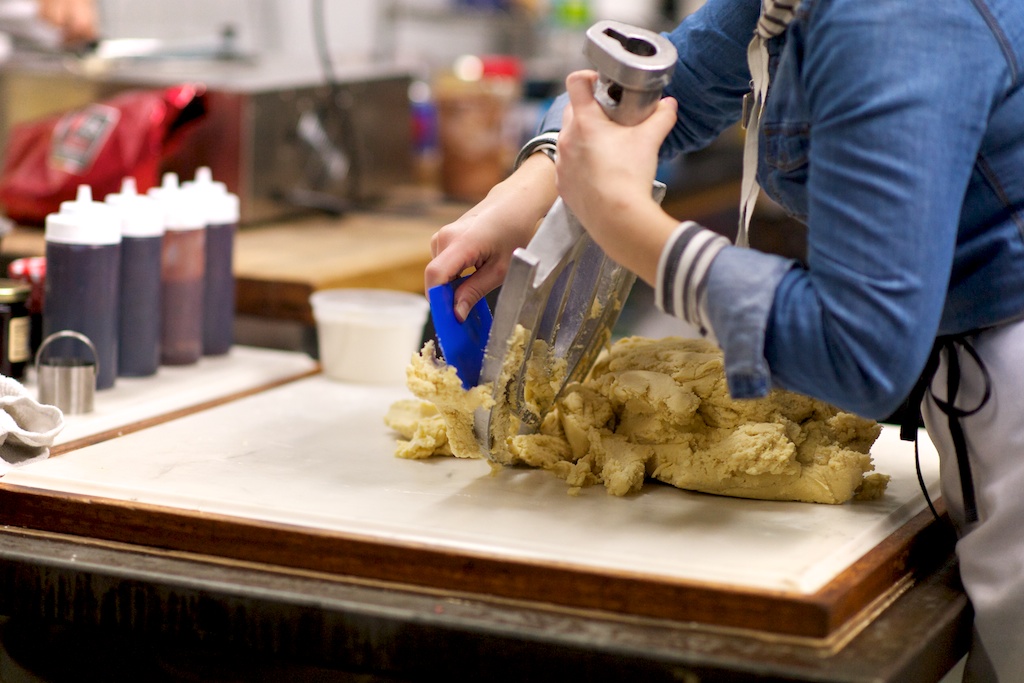 Of course, in reality, Alison Walla isn't equal parts Sarah Brightman and Jacques Torres. Mathematically, the result of an equation is a sum of its parts, but with things like baking and people, the math isn't as straightforward. And just as Butter + Love is much more than butter and good-intentions, combining a musical theater and homesteading background yields unexpected results. Butter + Love merges Alison's eye for presentation and creativity with her knowledge of time-honored baking techniques, resulting in cookies that you can't put down.

As a veteran actress, including a six month national tour of Fiddler on the Roof, Alison has always found a cathartic release in baking. It's evident when talking with her that every aspect of baking fascinates her, from recipe development, to creating new flavor combinations, to the more scientific problem solving. 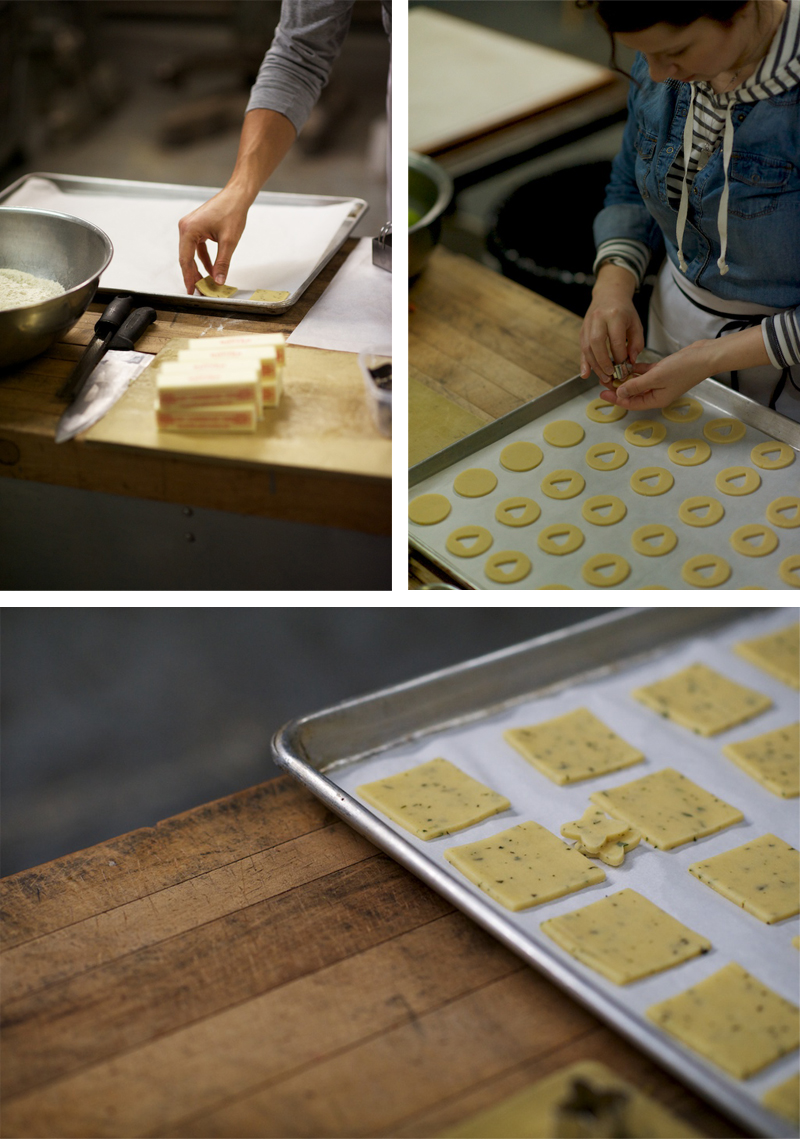 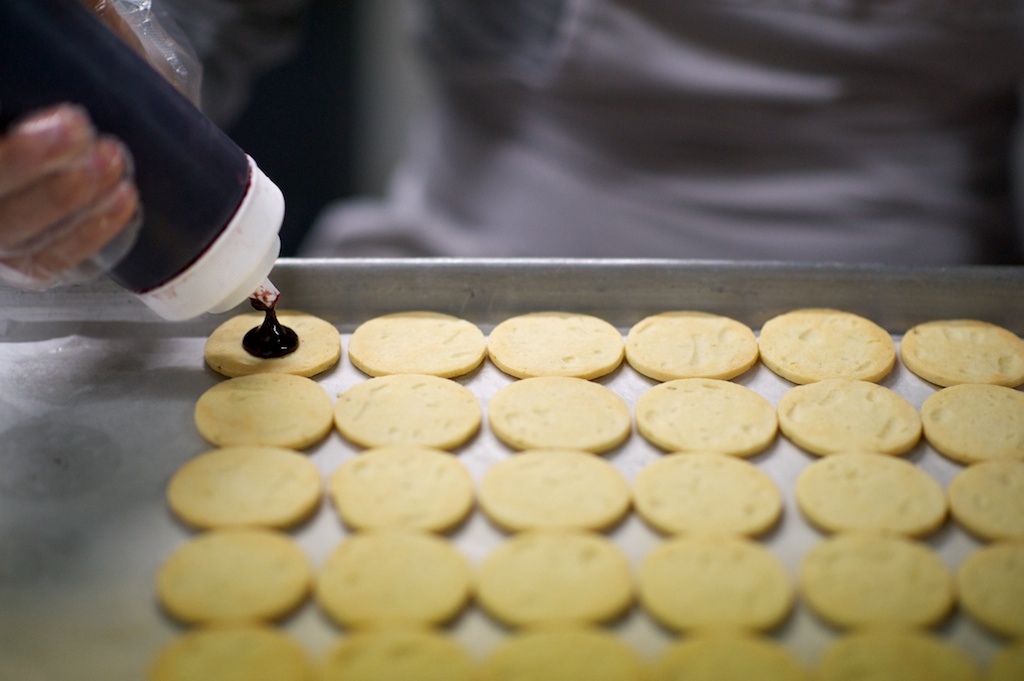 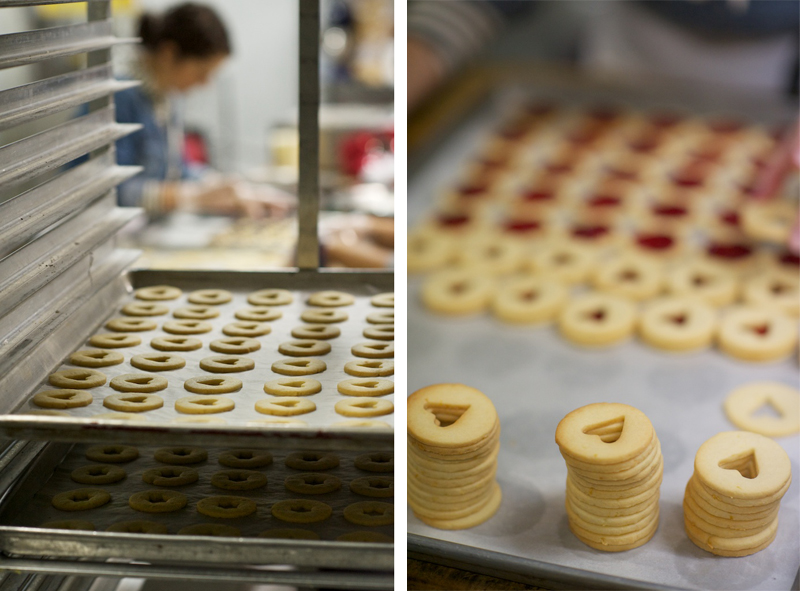 Alison grew up in, to use her words, an old-fashioned home. From an early age, she baked, cooked, sewed, and embroidered, under her mother's and grandmother's watchful guidance. Her new life of both acting and professional baking developed after years of baking on tour and greeting new neighbors with homemade baked goods.

When we first met, Alison shared that she devours cookbooks, baking books, and food blogs. Even when she was on the road, she says that she'd "vie for a hotel room with a kitchen, so I could bake a pie for the company". And when she was in a particular city for a longer amount of time, she'd scope out the bakeries that might allow her to actually bake something.

Alison comes from a large family, but she's the only one who has left Kansas. As the youngest child, her other siblings now have children of their own. It's apparent that despite the distance, family life is imporant to Alison. She commented that while she didn't go home for Christmas--taking only Christmas Day off from Butter + Love--she made sure to Skype with her entire family as they passed the computer around.

Alison's strong ties to family, whether they're physically present or not, shine through in Butter + Love's concoctions. Her shortbread and butter cookie recipes come from her grandmother, Alison's namesake. And the raspberry lemon jam sandwich cookie (pictured here) is nearly identical to the lemon butter cookie she grew up with. 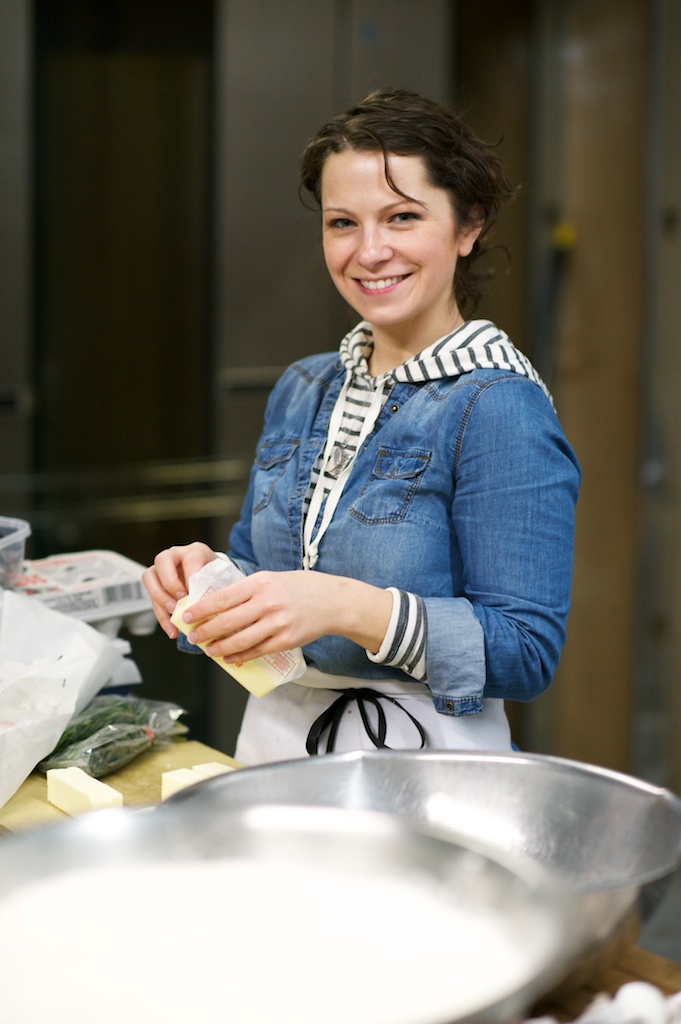 When Alison first moved to Fort Greene, she was instantly charmed by the neighborhood feel. The name Butter + Love stems from the way her business initially started. She used her baked goods as a way to reach out to her new neighbors, one of whom is the small Brooklyn grocer The Greene Grape. After tasting her cookies, The Greene Grape encouraged her to make bigger batches that they could sell in their store.

Using managers Michael Hayes' and Sabrina Meinhardt's guidance, Alison expanded from selling her cookies to the Greene Grape to selling at four other small Brooklyn specialty food stores (see the complete list here). After several months of baking wholesale orders, Alison began selling at the Brooklyn Flea's Smorgasburg. Between now and Valentine's day, she plans to sell her cookies at the Brooklyn Flea three weekends. For non-New Yorkers, in a matter of days, Butter + Love's cookies will be available on Etsy. 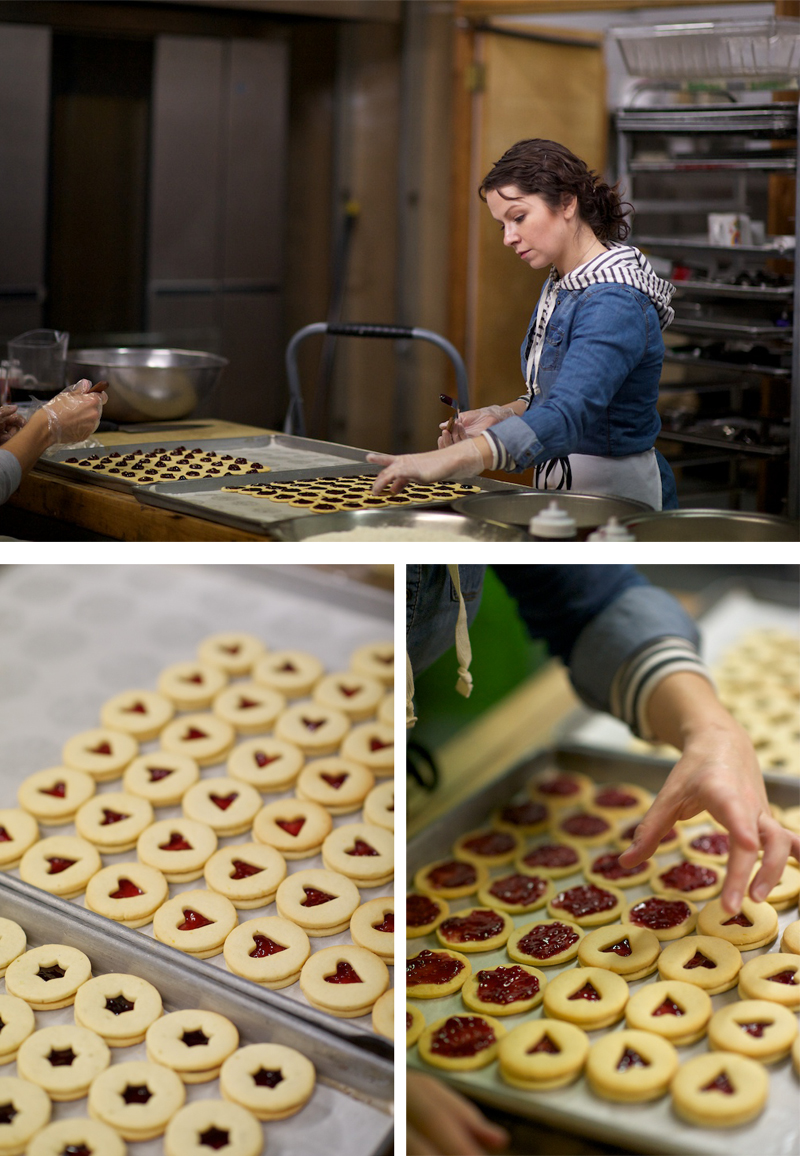 From talking with Alison in November, to photographing her in the kitchen last week, and eating quite a few Butter + Love cookies in between, her background of both theater actress and Kansas family girl is charmingly apparent. Alison describes Butter + Love's cookies as "very simple, with humble ingredients and a touch of whimsy." In her cookies, Alison has managed to blend her family-focused, grounded upbringing with a touch of Broadway flair and spark. Humble hardwork with dynamic, surprising flavors--that's exactly what you get when you take a Kansas girl and drop her in the Big Apple to pursue a life in musical theater. Her cookies demonstrate her past and current lives.

Alison pointed out that she loves the combination of vintage and modern and that understanding the interplay of the two helps her curb the daintiness of her cookies by giving them a clean, modern look. This look is further enhanced by the eye-catching label designed by her friend, LA-based graphic designer, Janet Kim. 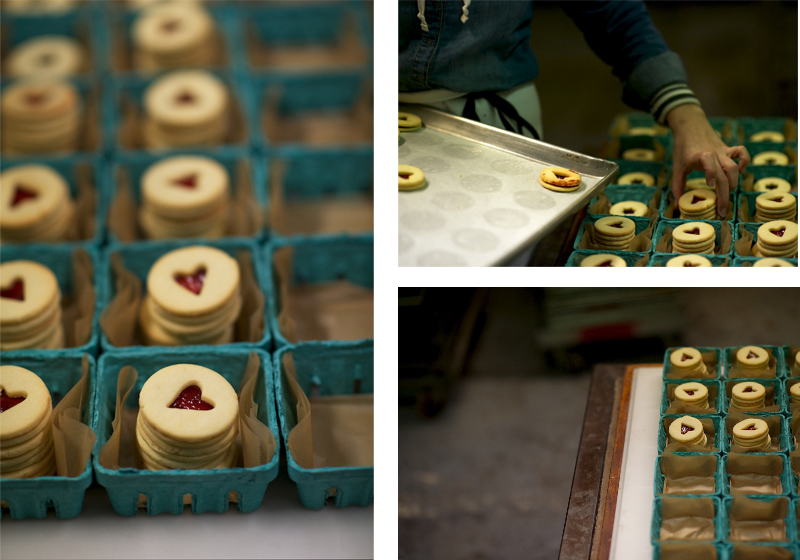 Thirteen years of line memorizing and playing the same role day-in and day-out, as well as a lifetime of baking, has turned Alison into a calming, self-contained presence in the kitchen. In the three hours I conversed and photographed Alison and her boyfriend Michael, I never once detected an edge of stress or sharpness, despite the sheer quantity of cookies they were preparing. Everything progressed in an orderly fashion, with Michael and she switching roles when needed. Admittedly, if I had visited the kitchen seven months ago, I'd have witnessed a steep learning curve:

The challenge has been adjusting from being an at-home baker to baking multiple batches of recipes. It's been translating this at-home passion I've always had into something that's a workable business.

As an example, Alison had always mixed everything by hand and had to learn to use an industrial mixer and sheeter--or to make back up plans when the sheeter unexpectedly broke! She also learned how to adapt recipes to respond to differences in humidity.

Seven months later, I didn't see any struggle or tension-I just saw the calm and satisfying end result, much like being in the audience of a successful Broadway show. 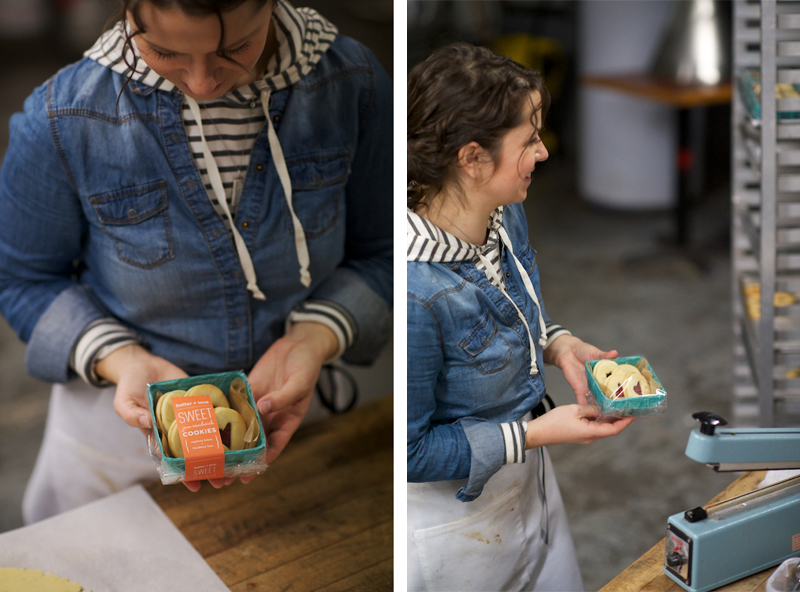 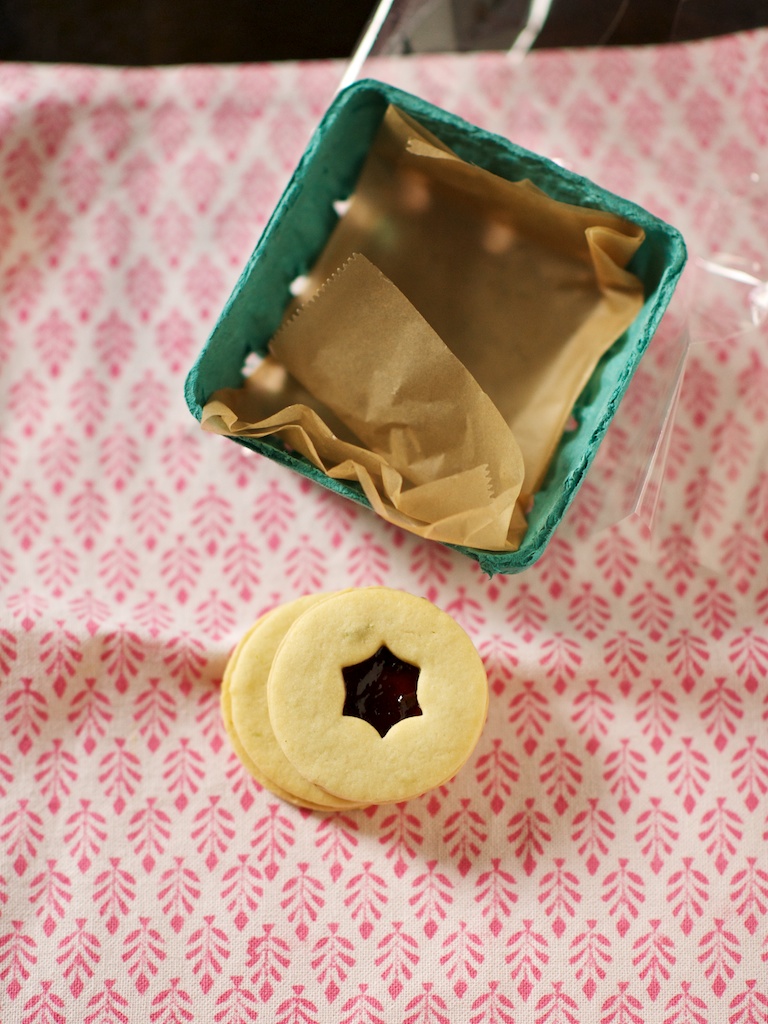 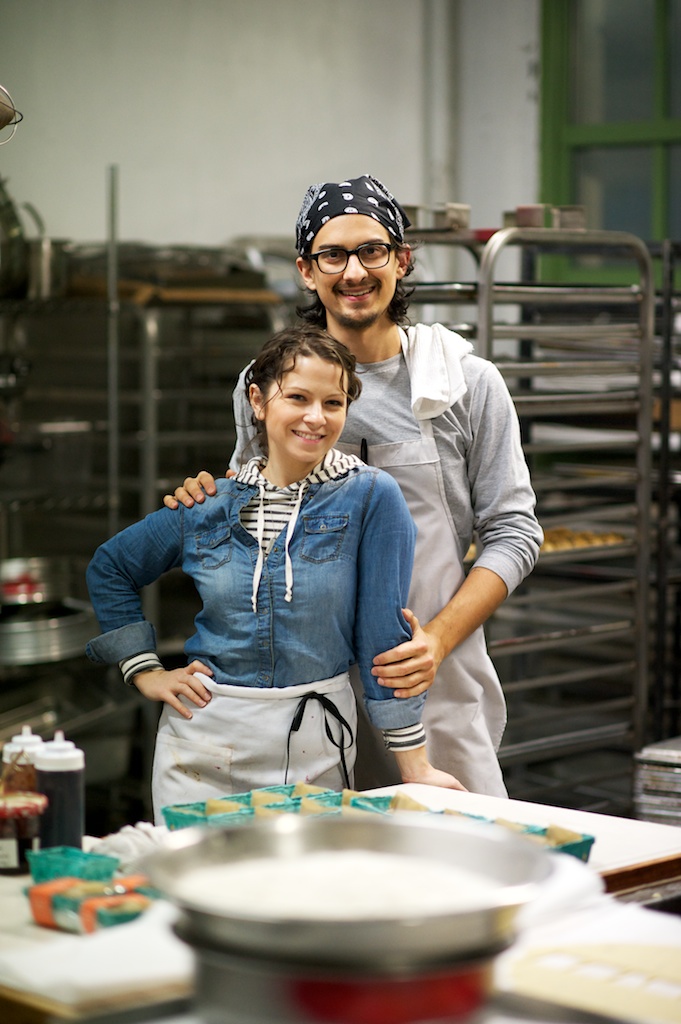