Along with taking in a few quintessential London sights (The London Eye, Millennium Bridge, walking along the Thames), we dedicated much of our London weekend to exploring markets, restaurants, and coffee shops.

Here are a few highlights: 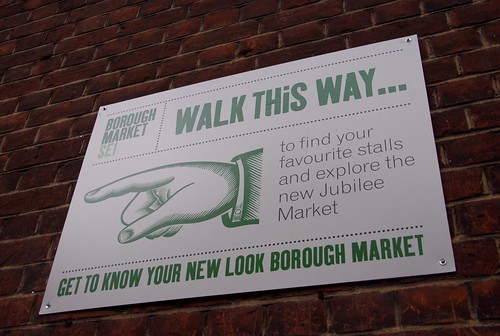 Borough Market is the definition of a food lovers' dream.  Part farmers' market, part artisan food fair, the market buzzed with a bazaar like energy.  As soon as we arrived, we immediately found ourselves among other excited patrons-- some were lounged along the lawn or nearby stoops, some were sampling meats, cheeses, and jams, and many were using the market as their Saturday hangout.  We melded right in, buying jams to take home, sampling chutneys and cookies, and eating delicious pies, courtesy of Pie Minister. 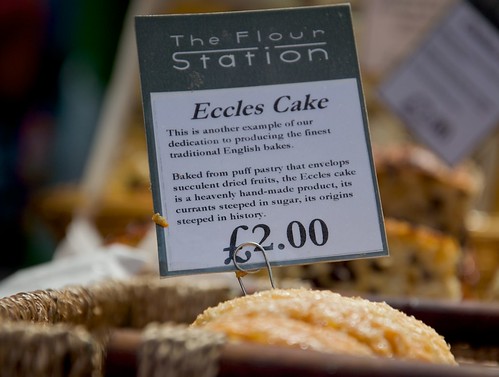 Borough Market is located in a maze of streets and buildings, under the railway, near the London Bridge and beside Southwark Cathedral.  Stand alone restaurants and shops surround the market, including Maria's Market Cafe and Roast, both of which use ingredients straight from the market.  Just down the street from the main market building stands Neal's Yard Dairy, which is perhaps the most glorious cheese store I've ever seen, with samples at the front of the store and rows and rows of cheese wheels.  Inside there was even a map of England with illustrations of each farm from which they source their cheese. 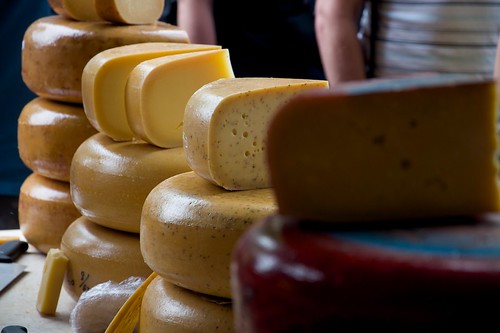 Unless you're going with a shopping list, the best way to explore Borough Market is by wandering and sampling.  Bakeries, jams, meat, fish, fruits and vegetables--they're all there in multitude.  If we had more time, I would have enjoyed going earlier for coffee at Monmouth Coffee Co., wandering the market for lunch, and then staying after for dessert either from a trader or a neighboring restaurant. 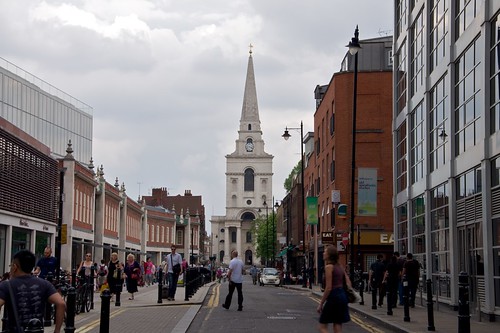 Our hotel was a 5 minutes walk from Spitalfields Market.  An expertly re-done complex, the market forms a rectangular shape.  Restaurants like Canteen and Wagamama and home goods and antique stores line the perimeter.  On Sunday, Spitalfields' open interior space transforms into an arts, crafts, and food market.  (Fun fact: apparently, there has been a market on the site since 1638).  Though the majority of the market is dedicated to crafts and jewelry, one side of the the market had food stalls aplenty, with amazing looking baked goods, Indian food, salads, and sandwiches. 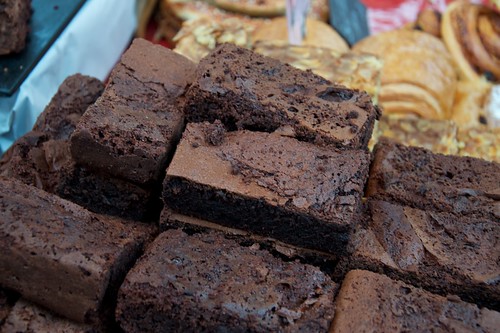 We were in London for a mere three days, but became total creatures of habit, eating at Canteen twice and Albion twice.  Albion is located in the Shoreditch neighborhood of London, a neighborhood that completely reminded us of parts of Brooklyn.  Albion's vision is similar to the market/restaurants that are beginning to pop up around Manhattan and Brooklyn (like The General Greene and Northern Spy, etc). 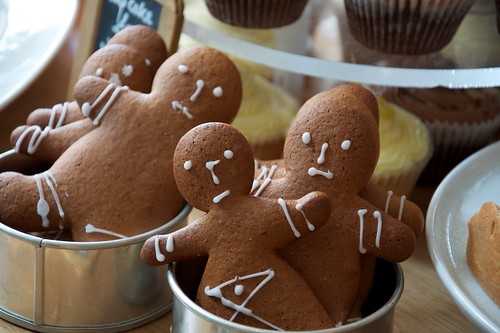 When you walk in, you're faced with shelves of jams, teas, and other non-perishables.  Fresh baguettes pop out of the bins.  Rounding the corner leads you to the perishable section, including a dessert table that had everyone in line salivating.  At Albion you either pick up your groceries (or a treat) or choose to wait in line and dine at their restaurant.  The restaurant serves local, seasonal British fare, with all of their baked goods made in house (including perhaps the best bread I've eaten...ever).  The interior space is sleek, minimalist, and earthy.