We’ve had several people ask us how we’d describe Portland’s food culture, and we’ve found ourselves repeating words:  unpretentious, fun, ingredient focused, and welcoming. While there are a few well-known chefs in the city—with some, such as Naomi Pomeroy, receiving celebrity attention whether sought after or not—there are hundred of excellent cooks making delicious food, with options that I would want to eat every day if given the chance. 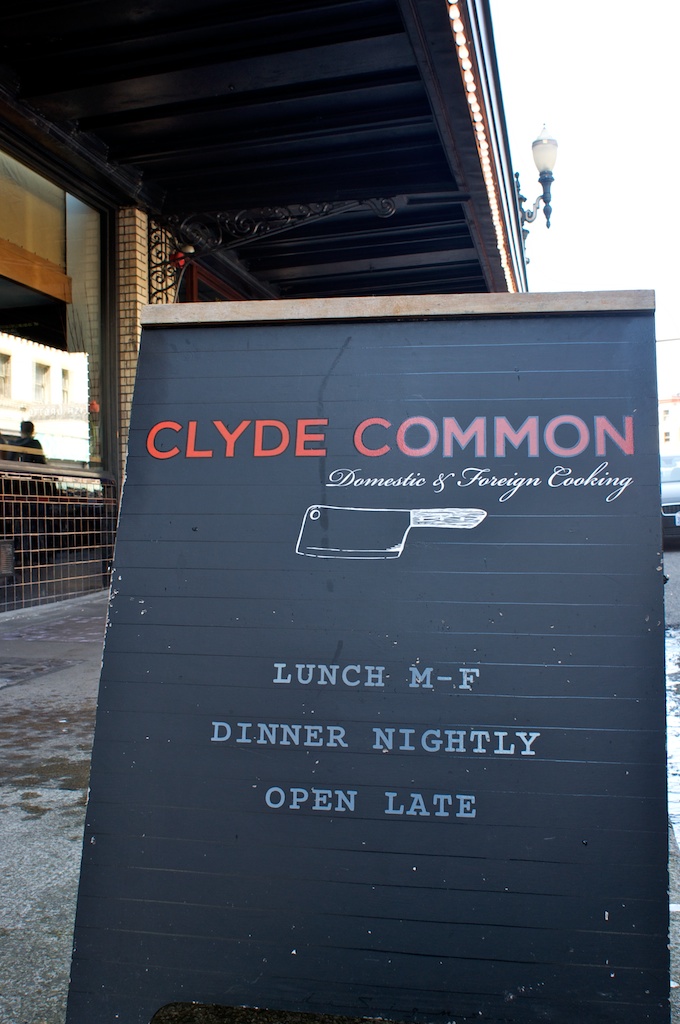 •    A farm to table focus, capitalizing on the bounty of the Willamette Valley

•    Options for everyone:  restaurants, cafes, and food carts manage to offer a meat-lover’s dream and delicious vegetarian and vegan friendly options at the same time.  Omnivores, carnivores and herbivores can all coexist with full, content stomachs. There’s no sacrifice in flavor or standards with any dietary restriction and there’s no derision associated with how you eat.  Just eat.  Eat and enjoy.

Thanks to Harvest to Heat, I started my restaurant research with the four restaurants profiled in the book: Beast, Le Pigeon, Paley’s Place, and Higgins.  We’d have been equally excited to eat at any of these four restaurants, but we only had three nights available for leisurely dinners.  We ultimately decided to eat at Le Pigeon and Beast, and added Park Kitchen to the mix. 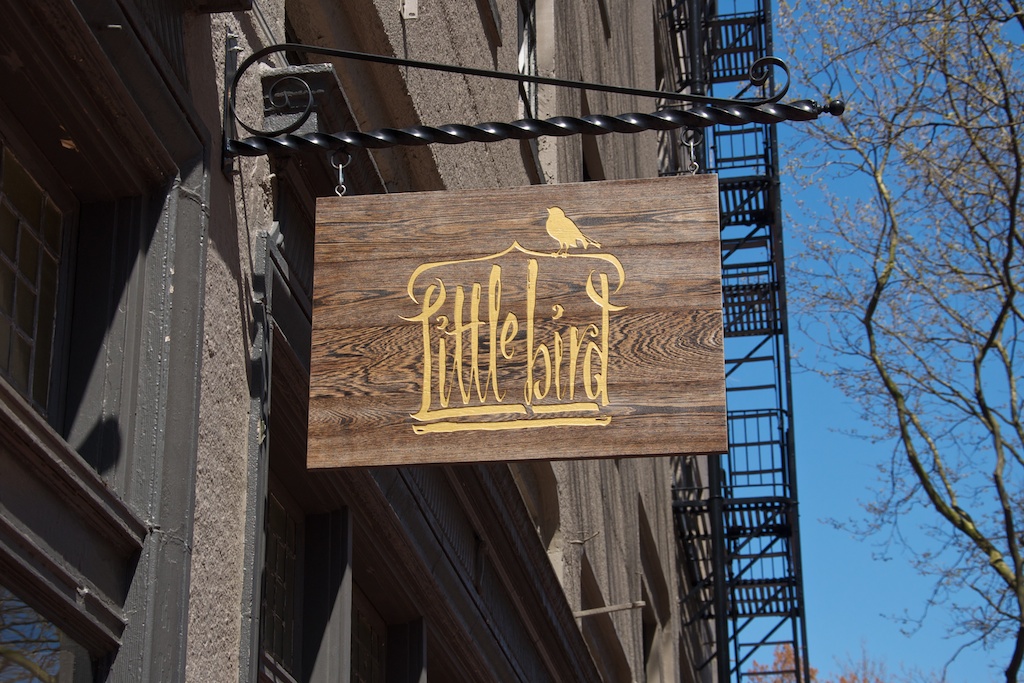 Le Pigeon seats about 30—including a few people at the bar.  The “bar” is actually the open kitchen, where Gabriel Rucker creates magnificent plates of food.  Because the restaurant is so intimate, we were well aware that Josh Ozersky and several friends were dining directly behind us (and apparently having a fantastic time).  Our nights diverged after Le Pigeon—we went back to the Ace and according to Ozersky’s twitter account, he visited a strip club, where every stripper looked like Selma Blair or Ani DiFranco.

At Le Pigeon, we started with a “Scalloped Potatoes” appetizer, consisting of potatoes, trout, roe, green garlic, and citrus.  For my entrée, I savored each bite of my halibut with buttermilk fennel puree, hazelnuts, and cipollini onions.  Justin has ordered lamb at a number of restaurants, including Restaurant Eve in Alexandria, VA and Hearth hear in New York, but he was quick to describe the meat at Le Pigeon as the ‘best lamb of his life’. His lamb risotto featured green garlic, banana peppers, grape tomatoes, the perfect risotto, and lamb that managed to be crunchy on the outside and tender and succulent on each bite. 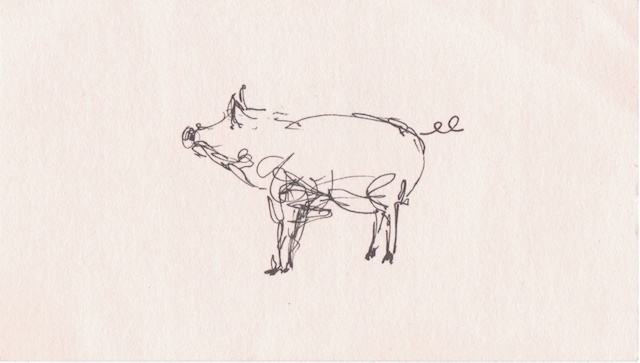 The following night, after a busy day of wandering around the city, we waited outside of Beast for its second seating of the night.  Chef Naomi Pomeroy has two dinner seatings each night at her restaurant:  6pm and 8:45pm.  The restaurant is even smaller than Le Pigeon, with just two communal tables, one that seats 8 and one that seats 10.  There’s also a space for 2 people at the bar—again, an open kitchen.    Instead of an a la carte menu, Beast is a prix fixe, 6 course menu that changes nightly.  This set up seems designed to encourage conversation and break down barriers between diners—after all, we’re dining on the same food, watching the chef prepare it before our very eyes.

Perhaps this approach works on some nights, depending on the make up of the guests.  Unfortunately, the guests at our table were too focused on gushing over Chef Pomeroy as if she were a pop star (a negative of her current appearances on Top Chef) and snapping covert iPhone photos.

Beast seats its guests in groups, we waited with everyone else outside, staring into the window as the first seating finished up their dessert and got their bills. We then watched the staff (of 4) clean up and reset the tables.  It looked exhausting—especially considering the fact that they were about to do the exact same thing all over again.  We finally got seated around 9:10.  I’ve scanned the menu (see below); here are the highlights:

--The dessert—rhubarb can’t taste better than this and I’d never had crème fraiche ice cream before.  When can I have it again? 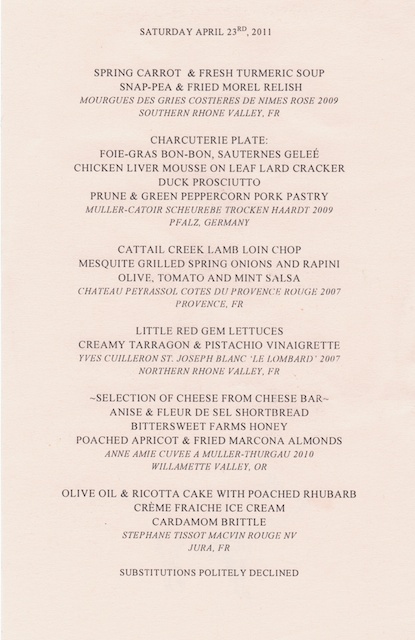 The negatives had to do with the constraints of Pomeroy’s current system of serving everyone at once.  Our lamb was so underdone that we thought it might get up and walk away (be free, baby lamb—baaa!).  Unfortunately, when everyone is served at once and the chefs have started prepping the next course, there’s absolutely no way you can send a course back (or request it be more well done in the first place).  If you send your lamb back, the entire restaurant is held up—and the next course could be delayed by 10 minutes or more.

I had a direct view of the kitchen and Chef Pomeroy.  It was fairly apparent to me that she was aware of the lamb’s rawness (plates coming back with barely touched lamb probably clued her in).  The show must go on and Pomeroy and her staff showed their professionalism by delivering three impeccable final courses.  Despite the negatives of the lamb course, the soup and dessert were two of my favorite dishes of our entire trip; I was equally impressed to watch such a calm, capable staff—and a head chef that cooks day in and day out, always under a microscope.

Our last leisurely dinner was at Park Kitchen.  We had spent the day walking Cannon Beach and rolled up to dinner just in time, wind swept hair and all.  Of the three dinners we had, this was our biggest wild card.  We’d heard Chef Scott Dolich’s style was both creative and unusual—and that this was a ‘foodie’ destination.  In New York, ‘foodie destination’ frequently directly correlates to overpriced and uncomfortable—you might come away with a decent meal, but it’s usually one that costs too much. 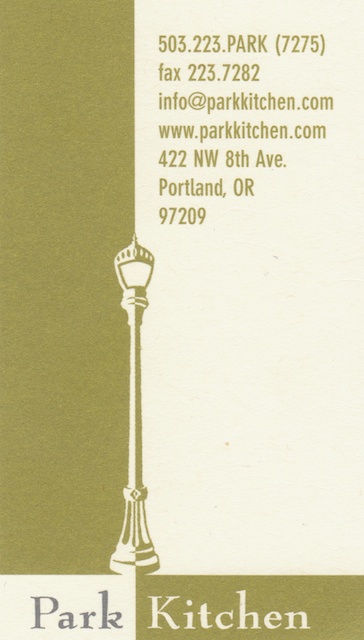 In Portland, ‘foodie scene’ means (another) open kitchen and a friendly sommelier, also playing the role of bar tender and waitress.  The menu WAS unusual—we started with cod fritters, which emerged looking more like arancini, before dining on snapper with foam and spring greens in a nettle sauce (me) and rabbit with ‘popcorn’, poached oranges, and candied walnuts (Justin).  Normally, these sound like dishes I’d avoid:  foam?  Popcorn?! Surprisingly, I loved them.  The food was basically deconstructed on your plate and reconstructed in your mouth.  The unique food and remarkably welcome atmosphere made for a fun “last night in Portland” dinner. 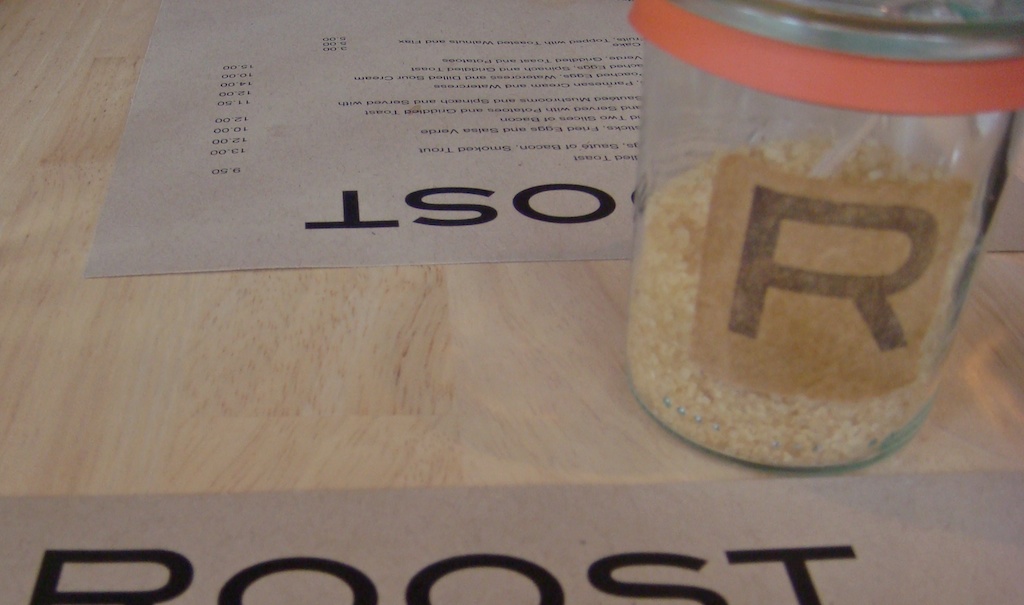 For more casual brunch and lunch options, we ate at Roost and Broder. Roost, in SE Portland, has a casual, minimalist, clean vibe.  Helmed by another female chef, Roost serves some of the best breakfast potatoes, ever, which we devoured.  Broder seems tailor made for me: it’s in our of our favorite Portland neighborhoods and serves New Scandinavian food.  This means smoorrebooard (open faced sandwiches), frikkadeller (Danish meatballs), and Stockholm hot dogs join Danish pancakes and baked scrambles on the menu.  I chose the Vegetarian Pytt I Pana (small cubed potatoes and onions top with two perfectly baked eggs) and Justin enjoyed the Broder club (gravlax, avocado, bacon, roasted tomato, and horseradish cream)—although be warned that the horseradish isn’t subtle!

Before visiting Portland, I’d heard rumblings of the city-encompassing food truck scene, and even had a glimpse of one such ‘carttopia’—a collection of food carts parked in various abandoned lots, complete with picnic tables--on Portlandia.  (This episode left me wondering if carttopias of this magnitude were real or played up for the show—they’re real).  Despite some knowledge and a declaration to Justin that we had to eat at a food truck during our visit, I was completely unprepared for the scope of food cartopia.  Carts are everywhere.

We could have dined exclusively at food carts for the entire four full days of our visit and still only brushed the surface of what there was to eat.  The carts are mostly clustered in pods, though there are also some that roam the city with twitter updates, much like in New York.   The food truck scene leaves no room for mediocrity.  There’s such a focus on quality that the best carts rise to the top and subpar trucks get ignored and go under quickly. 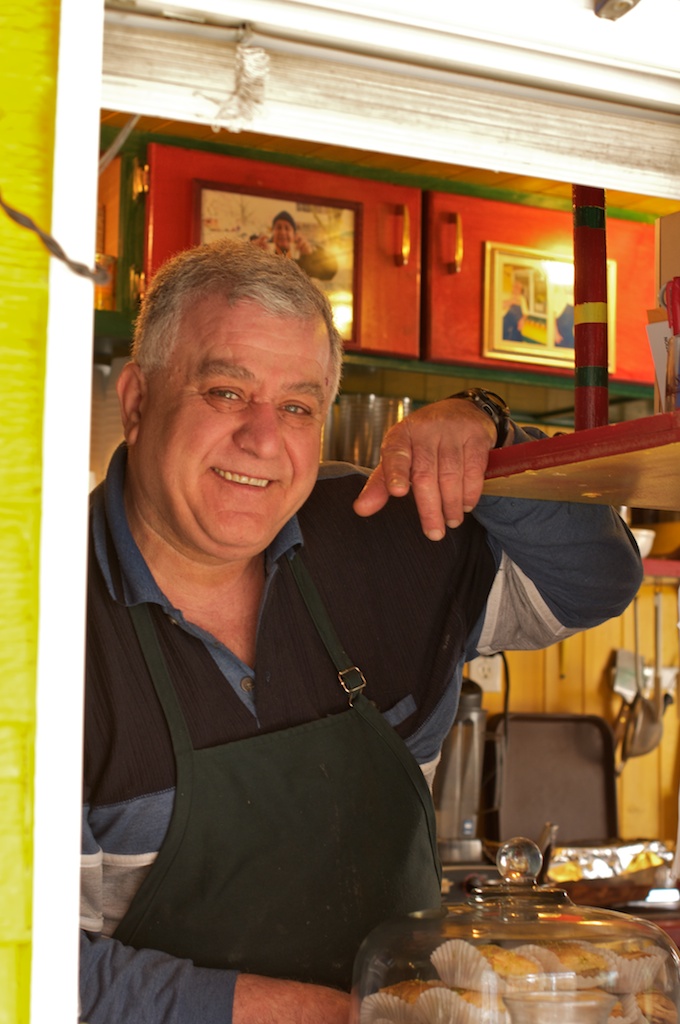 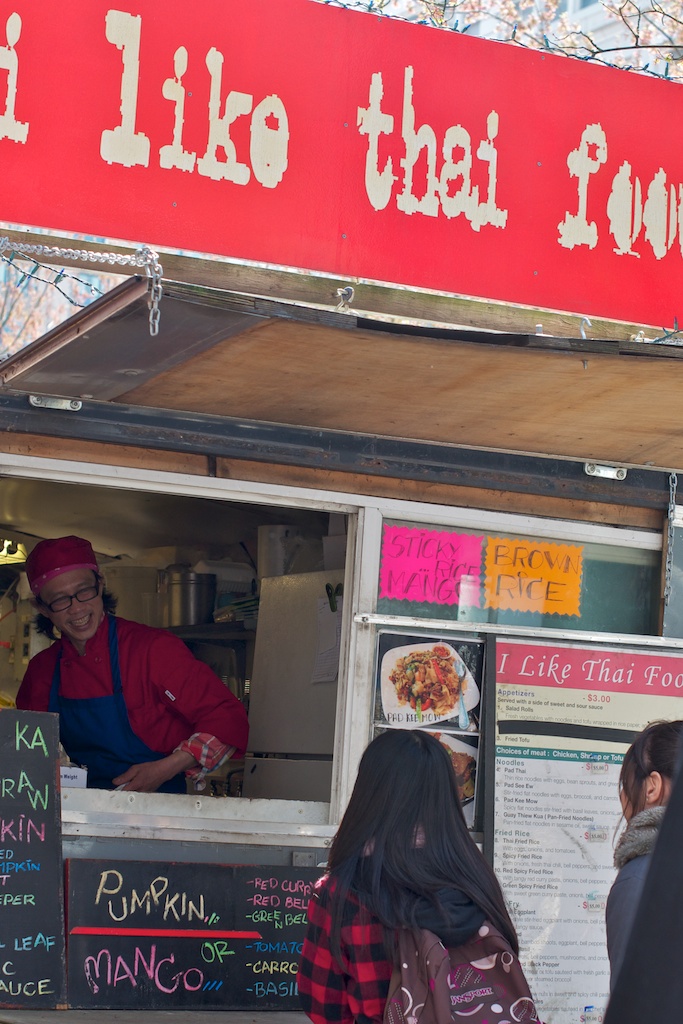 There are about 200 food trucks in Portland.  Some pods have more carts than others, while other pods are just getting started, such as the brand new pod called Cartlandia in the commuter corridor of Springwater, scheduled to open soon.

We visited a food pod at SW Alder Street and were instantly overwhelmed by our choices.  We chose to wander the whole area to get a handle on what kind of food we wanted:  dumplings, Thai, Greek, Chinese, barbeque, Indian, vegan.  We finally settled on I Like Thai—because good Thai food is really hard to get where we live.  We ordered the pumpkin special and the pad thai and ate in a courtyard with workers on their midday lunch break.  The flavors were bursting out the compostable (yes) container.  And the portion size for $5 was so large that even I couldn’t finish it.  That’s saying something. 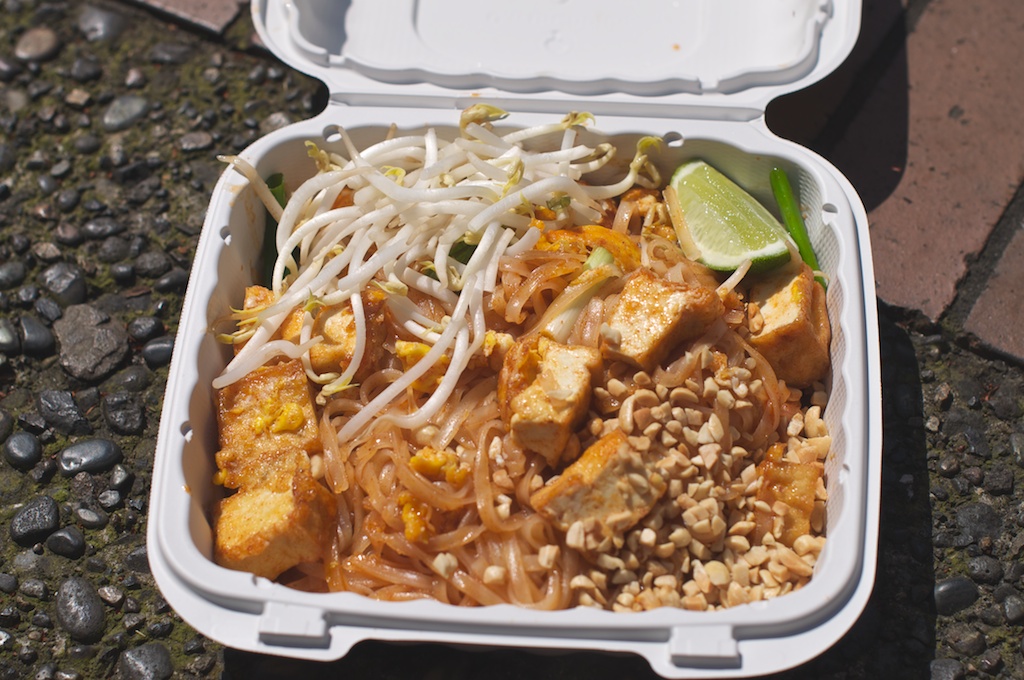 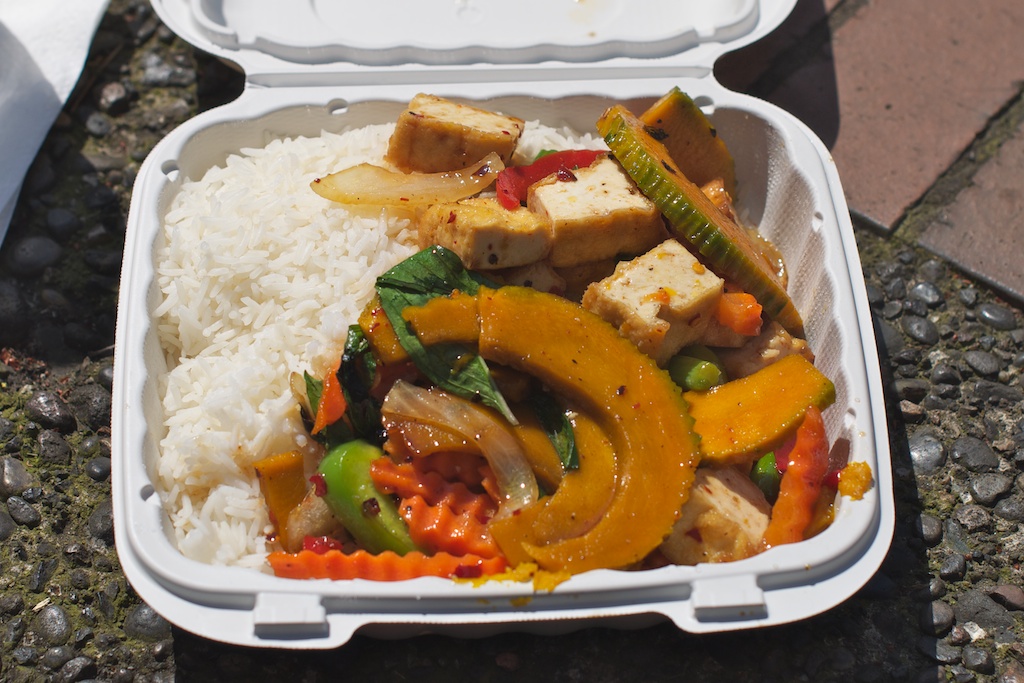 We had other food trucks we wanted to visit, but simply ran out of time and space (in our stomachs). We did bring home a food truck book and are having fun flipping through it.

Cafés and bakeries are everywhere, nearly every one complete with amazing coffee.  We ate Little T Baker croissants every morning, courtesy of the Tender Bar catered breakfast at the Ace.  Tender Bar Caterers is founded and run by Joshua McFadden and Lydia Reissmueller.  As an interesting aside, Joshua used to be the chef de cuisine at one of our favorite Brooklyn restaurants, Franny’s.   We connected the dots when he asked us where we were from and if we ever went to Frannys (yes, nearly every week!). 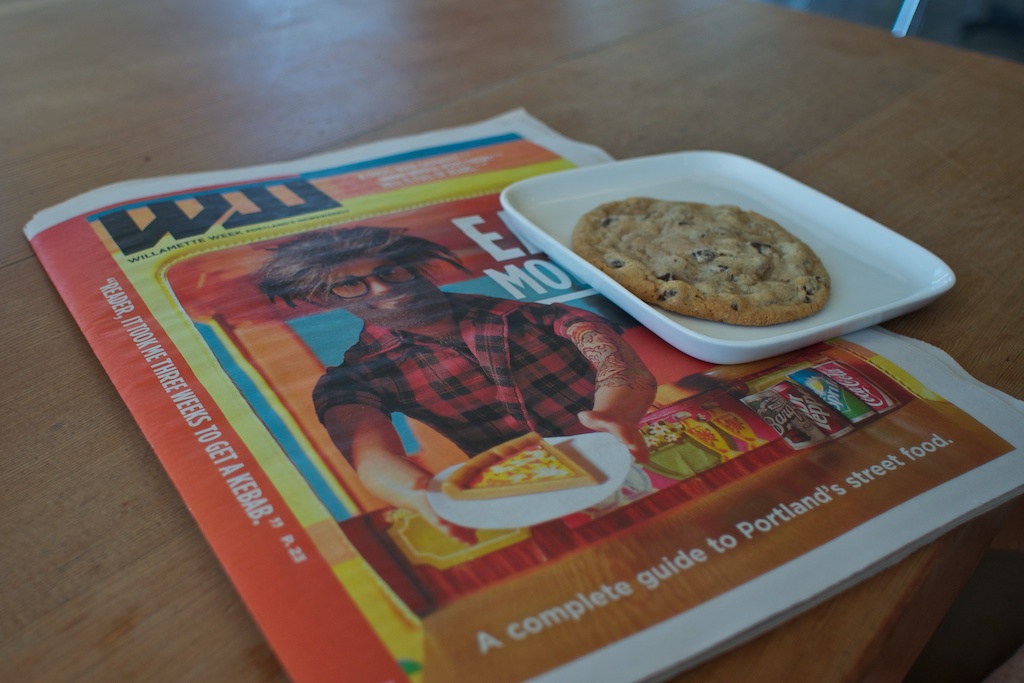 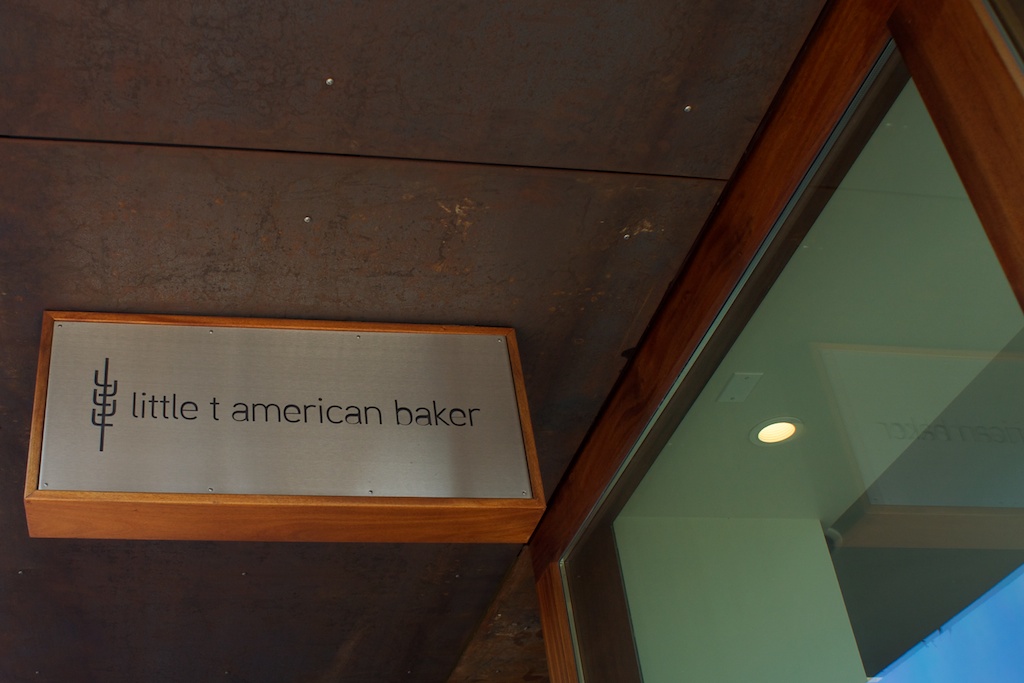 Besides visiting Little T Baker in person, we also grabbed lunch one day at Pearl Bakery and one day at Cloud 7 Café. 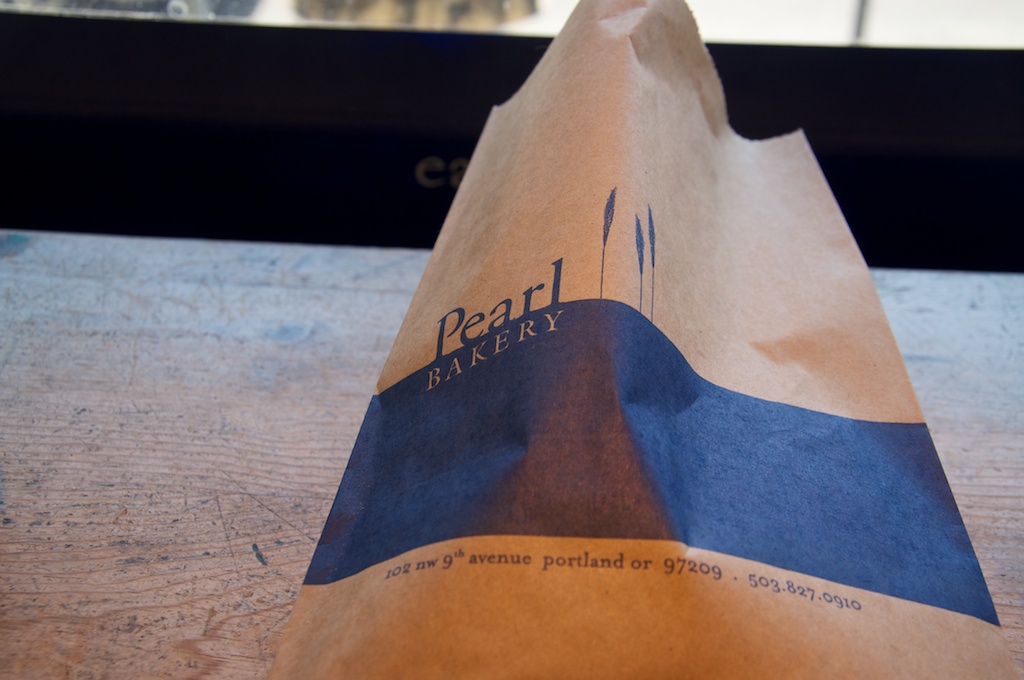 On our last day in Portland, we made a special trip back to the Alberta Arts District to eat pie at Random Order.  Random Order’s pies were named some of the best pies in America by Food and Wine…and you’ll get no argument from me.  I have a special place in my heart for both pie and cupcakes.  My gold standard for pie is from just-down-the-street-from-me 4 and 20 Blackbirds.  Random Order is just as good.  The pie choices were both seasonal and traditional and included vegan options as well as dairy-plentiful slices.  We ate a rhubarb pie with a ginger crust and a dark chocolate cream pie.  Both were incredible.  I’ve been staring at these pie pictures since coming back home! 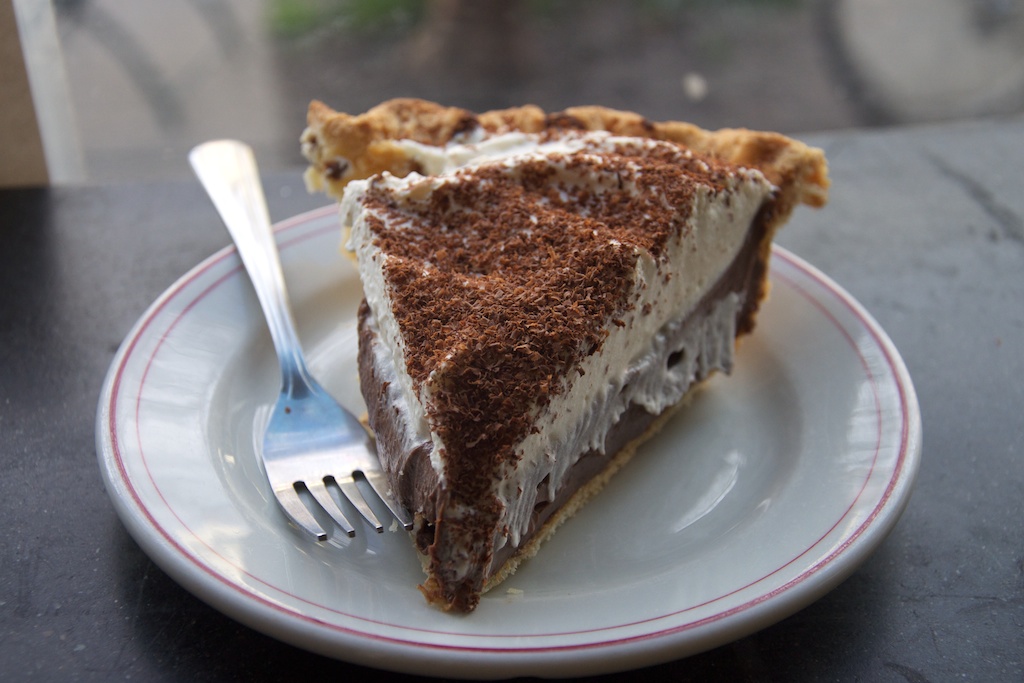 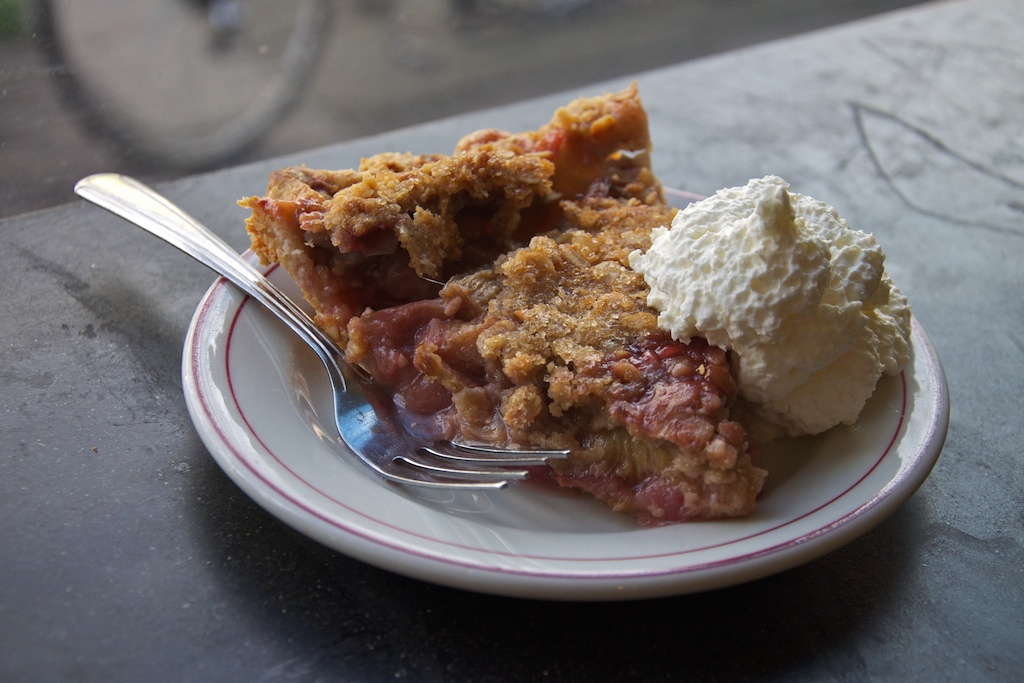 In scanning my original list of restaurants and bakeries to visit, I feel satisfied.  We recognized that we wouldn’t eat everywhere we wanted to in 4 days—if that’s not a sign of a great food city, what is?  On our return visit, we’ll have to decide among Paley’s Place, Higgins, Little Bird, Meriweather’s, Ken’s Artisan Pizza, Nuestra Cocina, Bunk Sandwiches, Grain & Gristle—and many, many more.