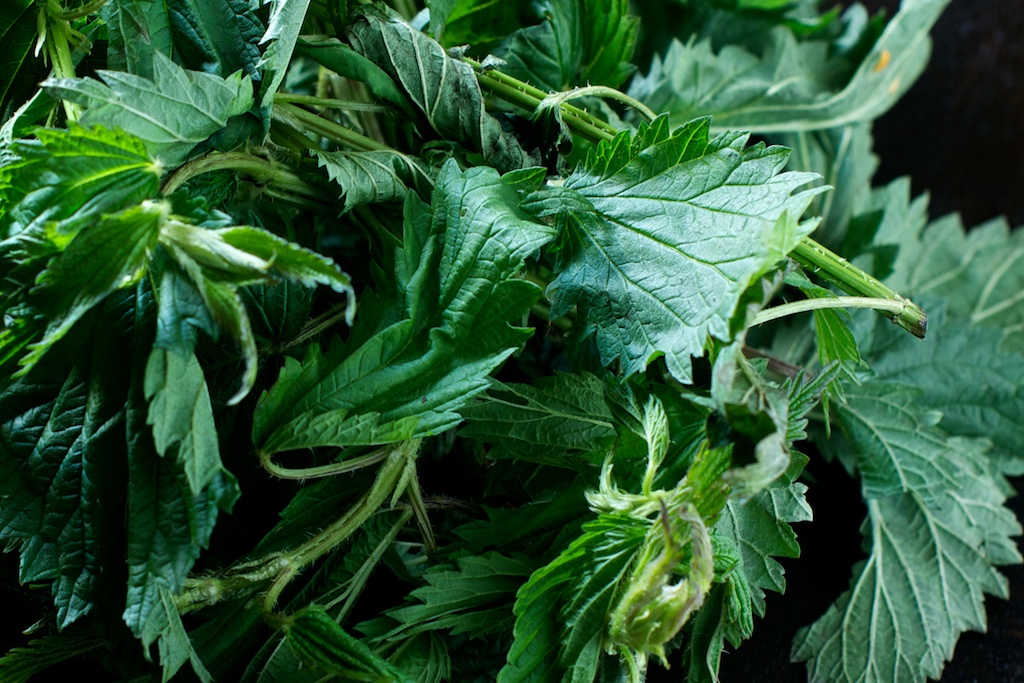 My curiosity was officially piqued.  I liked the unfamiliar earthy taste of my nettle sauce at Park Kitchen and was eager to experiment at home!  Last week, I visited Union Square Greenmarket without a list or a recipe idea.  I wanted to walk around the stands and buy whatever looked the best--and then figure out what to make.  After 15 minutes, I had a full bag of ramps and broccoli raab from Migliorelli Farm and stinging nettles from Rogowski Farm. 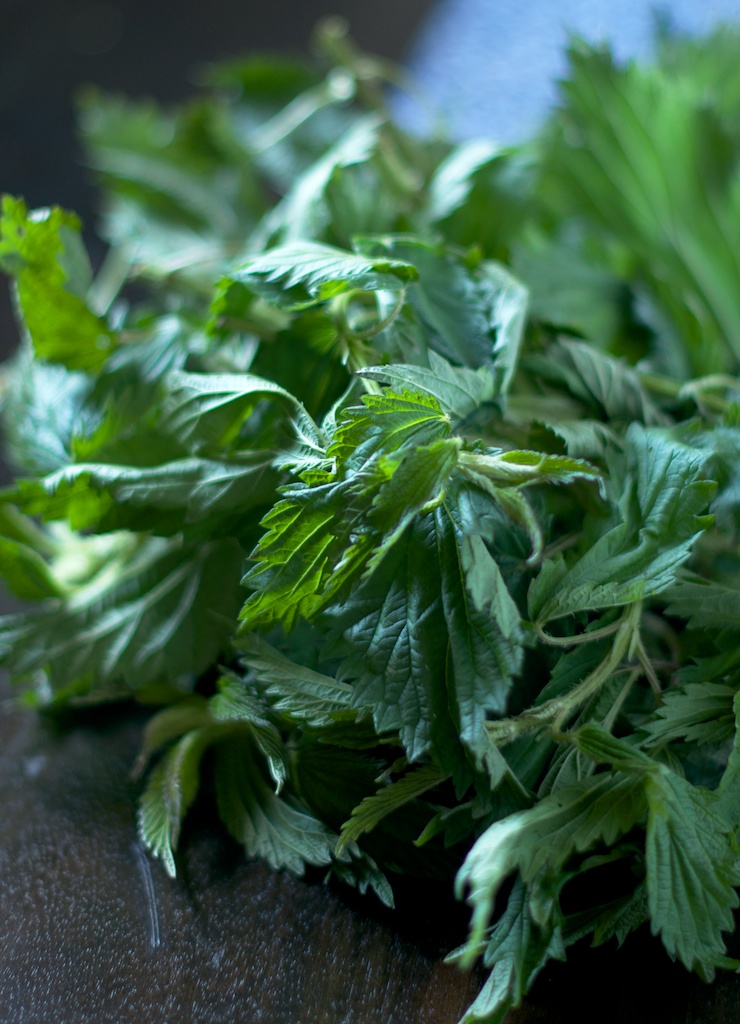 Stinging nettles don't get their name arbitrarily; they really do sting.  The plant is covered in 'hollow stinging hairs' that inject histamine when humans or animals touch them.  Even though I picked mine out using the provided tongs, one of the nettles still stung me, immediately swelling up my thumb.  When I got home, I iced my thumb; when I prepared the nettles for dinner, I wore oven mitts!  Apparently, other people are more dare-devilish (or crazy) than I am:  in the UK, there's a Stinging Nettles Eating Championship, where participants eat RAW nettles. 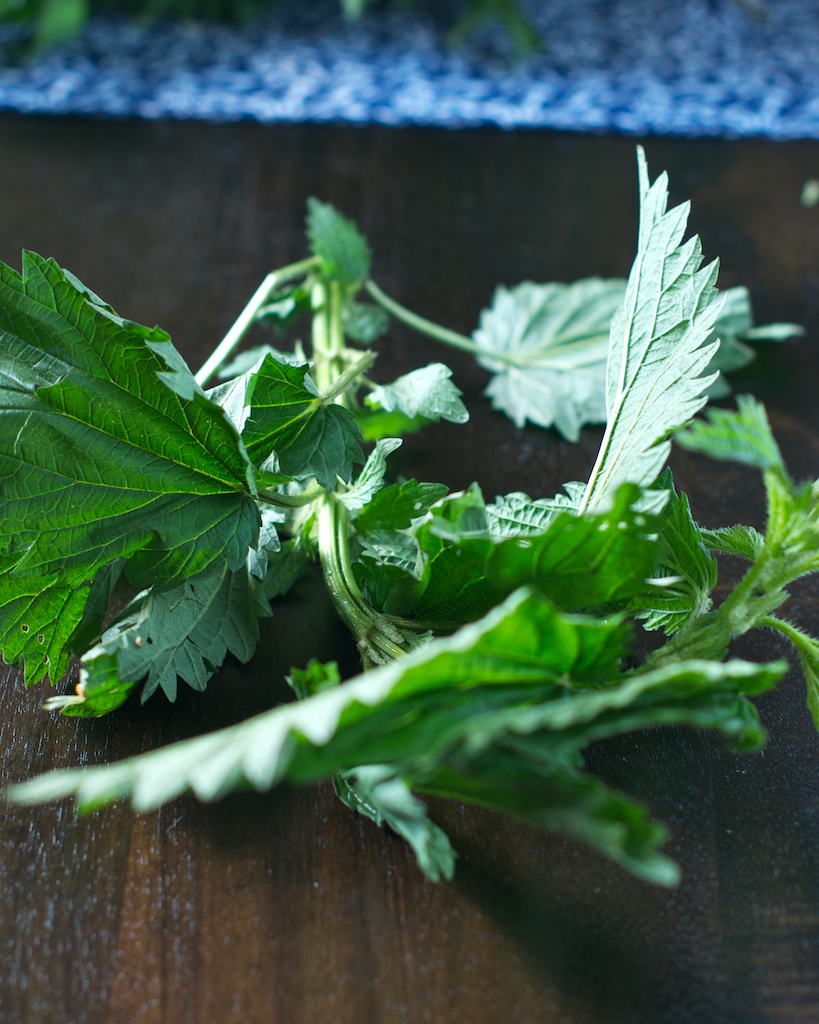 After showing my swollen thumb to the girl working the stand, I chatted with her about the best way to cook nettles.  She indicated her preference for them in tea or as a soup.  I asked:  "But what about the hundreds of stingers on the stalks and leaves?" After all, I'd rather have a swollen thumb than a swollen, stung mouth.

Luckily, stinging nettles lose their fear factor when blanched in water.  I trimmed the thick stalks from the nettles, leaving a pile of green leaves (and a few tiny spikes).  After boiling the nettles for 10 minutes and then pureeing them, there wasn't a hint of sting left.  Take that nature! 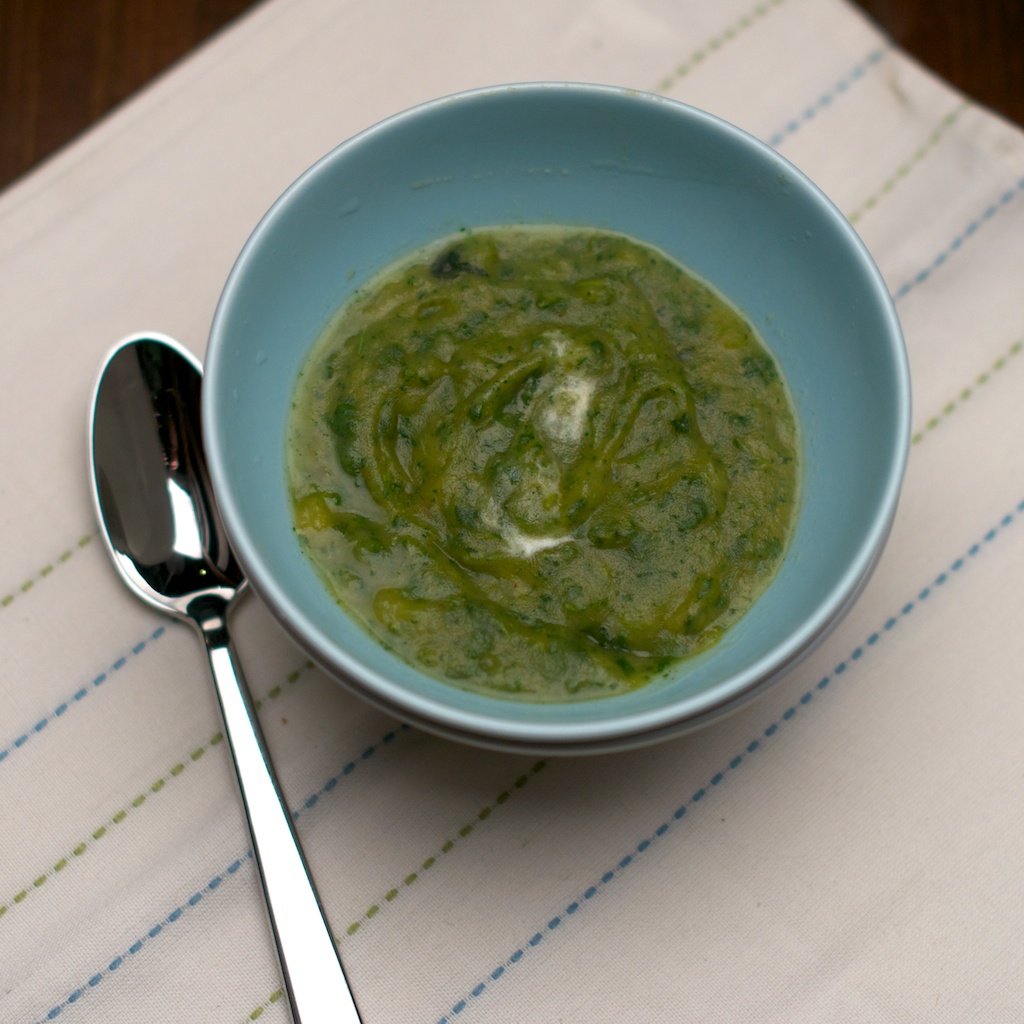 If you can find stinging nettles in your region, try this recipe!  I was hesitant about the flavor before eating it (would all of the work really be worth it or would it taste like spinach soup?), but its unique earthiness is unlike anything else I've tasted and the soup was incredibly satisfying.

Recipe Adapted from About.com (believe it!) 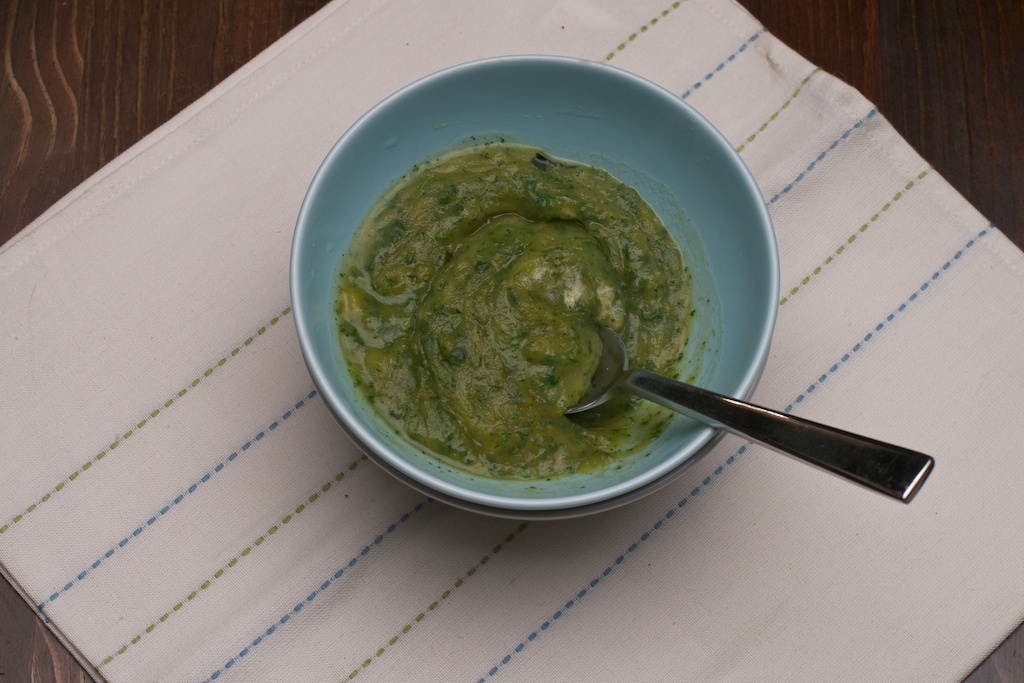 1 tsp. salt, plus more to taste

1) Melt 1 Tbsp. butter over medium-high heat in a large pot or dutch oven. Add the onion and 1 tsp. salt. Cook, stirring occasionally, until onions are soft, about 3 minutes.

2) Add the potatoes and broth and bring to a boil. Reduce heat to maintain a steady simmer and cook 15 minutes.

3)  Add the nettles (using gloves to pick up, if you're concerned) and cook until very tender, about 10 minutes. Stir in remaining 1 Tbsp. butter, pepper, and nutmeg.

4) Puree soup with an immersion blender (or in a blender or food processor).  Enjoy!