The failure of federal efforts to feed the poor cannot be divorced from our nation's agricultural policy, the congressional committees that dictate that policy, and the Department of Ag that implements it. Hunger and malnutrition in a country of abundance must be seen as consequences of a political and economic system that spends billions to remove food from the market, limit production, and guarantee/sustain profits for large producers of basic crops.

This quote is taken from the 1967 documentary, Hunger in America. Sadly, despite the 45 year gap between the documentary and today, the quote is still both relevant and accurate.

Before 2011 ended, I wanted to patch up the gaping holes in my knowledge of food politics. With this goal in mind, I spent September through the end of October reading Marion Nestle's Food Politics. I brought the book everywhere I could (including to a pedicure, where I received confused looks. Where was my US Weekly?!) because with a book as dense as this one (405 information packed pages), it wasn't a light read. I found that I could only read about 10 pages at a time before my brain felt overwhelmed by a deluge of information.

This is not a knock against Nestle's writing: she took an incredibly complicated subject and sifted through the political undercurrents, complicated court cases, and marketing tactics that have created America's contemporary food culture. She originally wrote Food Politics in 2002 (republished in 2007), so I can only imagine how many additional pages she could write about food politics in the nearly five years since. I slogged through certain chapters, skimmed others (notably "Deregulating Dietary Supplements"), and found myself riveted by a few sections ("Exploiting Kids"; "Inventing Technofoods"), scarfing up information as quickly as I could.

I've now let a month pass and my notes have started to gather dust. Some of the key concepts have remained with me while other information I read is lodged in the back of my mind, waiting to be synthesized. This post is the result of that synthesis; I hope that it's as helpful to you reading it as it was for me writing it, in case you're disinclined to tote a giant textbook with you everywhere you go.

My summarized take-away from Food Politics is simple: don't trust food companies. Instead, view their actions from their perspective. They exist to sell products. They exist because they keep a pulse on a society's habits, and in some cases create a society's habits, and then market products to respond to those habits. If a certain diet is in vogue, that's where the food companies' attention will go.

"The primary mission of food companies is to sell products. Nutrition is a factor only when it helps to sell food." — Marion Nestle

If one kind of product is out of public favor, such as gluten or high fructose corn syrup, the food companies will answer by proudly promoting and displaying "HFCS Free" and "Gluten Free" on their items. Are food companies trying to look out for you? Or are they simply trying to sell products? Where does this line merege: is it possible to sell healthy products to the public while still attempting to make a profit? Finally, what role has our government played in propping up massive food corporations and commodity crops; can the cycle of lobbying, handouts, and inconsistent regulation be broken?

We select a diet within the context of the social, economic, and cultural environments in which we live. It's pivotal to realize that the agenices that issue dietary advice inevitably have other constituencies besides the public. These include the agricultural industry (Big Ag) and the food industry (Big Food).

Since 1917, the US government has written, revised, and renewed standards related to food selection and consumption. 1917's "How to Select Foods" established precedents that the USDA still adheres to, including the food group format. Then, as now, the policies did not offer explicit dietary advice, but rather showed general ways that different foods meet different needs.

The last point means that all foods can be recommended as part of a healthy diet.

These food standards started targeting children with the 1946 publication "Food for Growth". "Food for Growth" separted foods into four food groups, with the fourth group including bread, cookies, cereals, and cakes. Naturally, promoting a food group that contained sweets led to an increased consumption of fats and sweets.

In the late 1960s, George McGovern led an effort to enact regulations that stopped promoting all foods equally. For nearly a decade, he chaired the Committee on Nutrition and Human Needs. The Committee wrote "Dietary Goals for the US", which recommended reductions in intake of meat, eggs, and foods high in fat and sugar. This alarmed food producers and generally created an uproar in the food sector. The Committee ultimately changed the wording "reduce consumption of meat" to "choose meats, poultry, and fish which will reduce saturated fat intake".

This bending of words is pivotal to our current food culture and climate. After intense pressure by and anger from the food industry, the Committee backed down from its original wording. The food industry then recognized their own power and how they could use dietary goals and guidelines for marketing purposes.

In the years that have followed, the food and agricultural industry has been heavily involved in everything from the food pyramid's design (now a plate) to what dietary studies are selectively shared with the public. 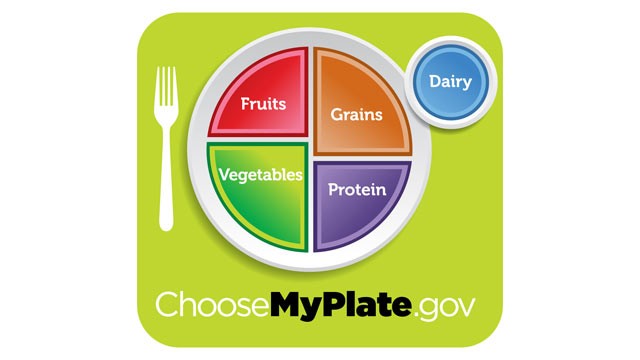 How does the food industry continue to exert control in Congress? They influence food policy in direct and indirect ways and through "softball" and "hardball" methods. The most obvious tool is lobbying. Food lobbyists ask elected officials to make laws that benefit their clients' companies, but not necessarily the general public. As Nestle points out, at their best, lobbyists provid federal officials with well-researched technical advice. And at their worst, hovering in the gray space of legality, they skew government policies in their companies' favor.

Besides lobbying, Big Food uses campaign contributions, media events, lawsuits, and even public demonstrations to get their way. Though it's uncomfortable to realize, lobbyists are hired to represent private interests and thus their activities can be hidden from public view. And in many cases, there's no clear distinction between a lobbyist and a government official. Known as the revolving door, job exchanges between food lobbyists and the USDA are quite common.

As a nutritionist herself, Nestle treaded carefully around another way the food industry influences public policy: through nutritionary studies of questionable scientific merit. Leading experts in their field are contacted and hired as consultants.

"Research suggests that to avoid undue influence, nutritionists should refuse sponsorship or decline invitations for sponsored meetings. If so, we end up talking only to ourselves." — Marion Nestle

Another layer of Big Food and Ag dominance is marketing, especially marketing to children. When food companies market to children, they're well aware that discretionary spending by children sets up buying preferences and patterns that could last a lifetime. How many of you remember commercials from your childhood? I do--I rarely ate at McDonalds, but I still remember "I'm Lovin' It" and "Have it Your Way". And as a non-McDonald's eater, I was still enticed to eat there during their infamous Monopoloy promotion of the mid 90s.

Food products are marketed everywhere--on tv, the Internet, and in schools. These marketing techinques are aimed at uncritical minds. Many children can't separate the actual program from the commericals--especially when commercials take up more time than the program and are designed to blend in stylistically with whatever show they're watching.

One quote from Nestle struck me as particularly jarring: "We have an obesity crisis with children in this country and we have government schools telling children to eat snickers and drink Pepsi."

Court cases, price fixing, selective sharing, sneaky marketing to children: there are not methods that we should casually accept. Especially as our nation's overall health continues to degrade. Especially as access to healthly food remains limited for too many.

You're in charge of what you eat, but only up to a point. We'd all like to think that we have choices. But how many companies control what's on our grocery stores' shelves and what food advertisements are on tv? How many corporations control the animals that are "grown", slaughtered, and sold? Why do fast food prices remain so cheap and whole foods remain unaffordable for so many? This didn't just happen accidentally or through natural market forces. It's not 'just the way things are'. There are deeper, more complicated factors occuring at the government level, due to current agricultural policy, dietary guidelines, our National School Lunch Program, and price fixing.

I wouldn't expect you to read through all of Food Politics, but if you are looking for a coherent explanation of current food political stories and issues, visit Nestle's blog. She updates regularly and offers an intelligent and consistently interesting commentary.