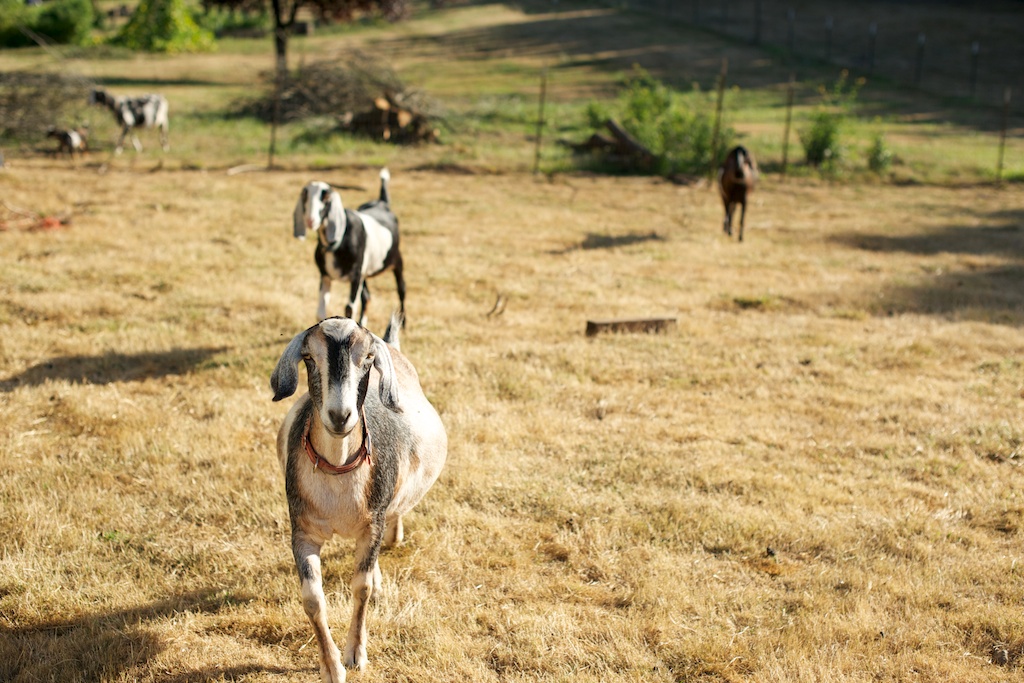 You'd be forgiven for believing that goat herding, as a profession, doesn't exist in the United States. The term most likely calls to mind an image set in the Middle East or Africa, of a nomad guiding his herd to different pastures. While Barack Obama may have brought 'goat herder' back into the American lexicon in "Dreams of My Father", his description of his Kenyan father stood in juxtaposition to his American upbringing.

But goat herding is actually alive and well in America today — although not in the way you might think. A Pacific Northwest goat herder looks like Alysha Barbour: an enthusiastic woman with a whispy braid, wellies, and two eager helpers in the forms of her 19 month old niece and nephew. 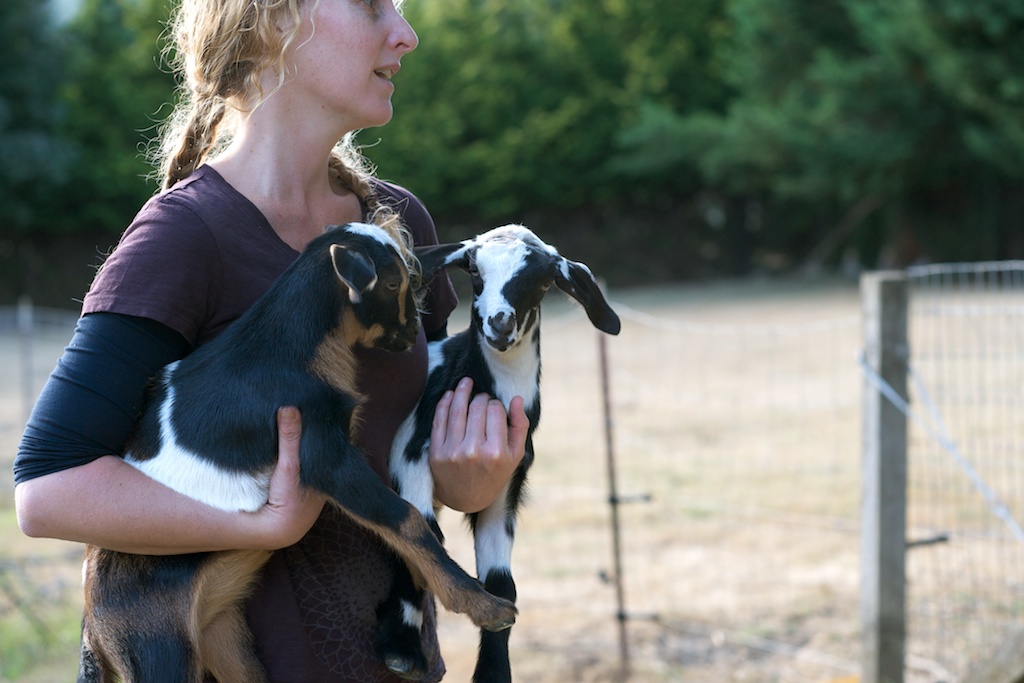 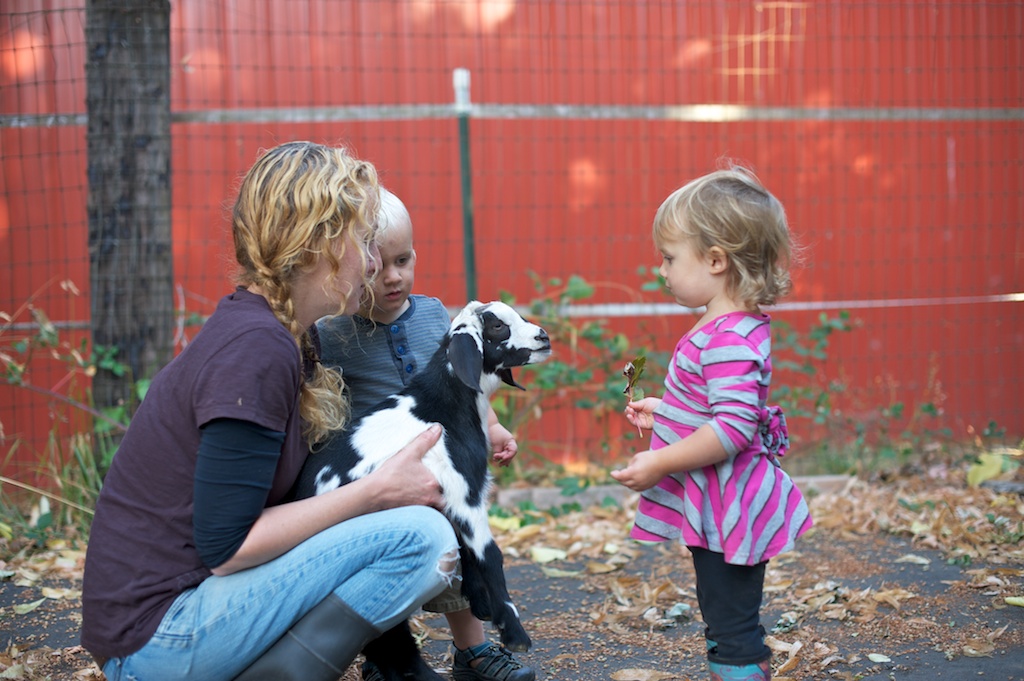 Portland has been home to other goat grazing companies, but Barbour's Sauvie Island Goat Rental was officially launched this past year, and is just now finishing up its first full grazing season. Barbour's first job was for her goat herd to "mow" the industrial lot of land on the corner of SE Belmont and 11th, which is where I first learned of her.

Seeing those goats graze on Belmont, complete with a little trailer parked in the middle of the lot (where the goats and Barbour sleep at night) piqued my interest. Before meeting her Sauvie Island herd, I was familiar with the concept of goat grazing in urban environments, having read articles about the popularity of grazing goats throughout San Francisco. San Francisco's City Grazing herd has received national attention, especially with their latest grazing adventures at the SFO airport. 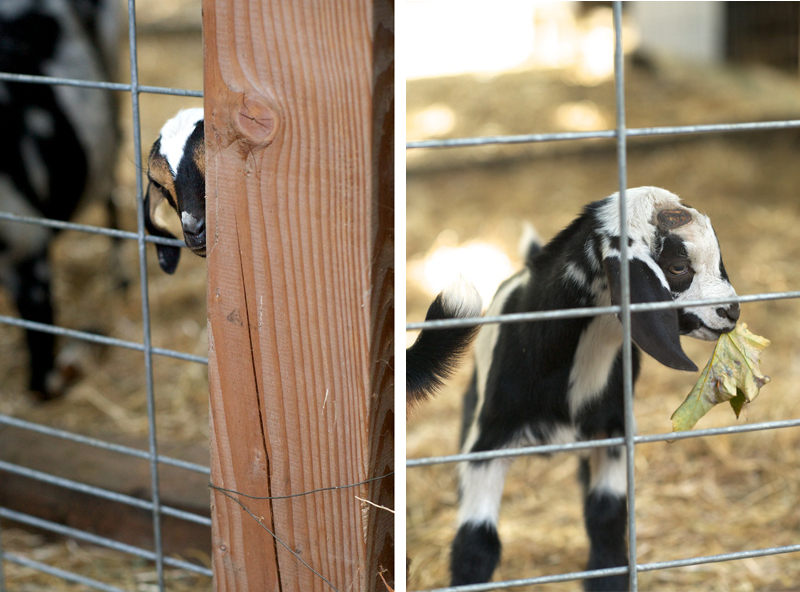 Goats are born to eat and forage. They can quickly take a disheveled, bramble covered yard and eat it into trimmed submission. They're especially fond of blackberries, thistle, grasses, and horsetail, and as I've witnessed in action, seem incapable of reaching a 'full' state. If there's more to eat, they will eat it. Besides their speed, and the comparatively low cost of clearing a piece of land with goats versus using industrial equipment, goats are able to reach sections of land that a machine would have difficulty accessing. Instead of releasing chemicals and exhaust, or coating the land in pesticides, the only things goats expel is their own fertilizer.

And then of course, there's the obvious reason I was interested in goat grazing: the goats themselves. Goats are naturally curious and friendly. Though they wouldn't approach me when I was peeking through the fence at the Belmont plot, once I was on their territory, and let them dictate the course of our interactions, they warmed up quickly. After thirty minutes, they were playfully nudging my legs, trying to lick my camera lens, and trotting around eagerly. 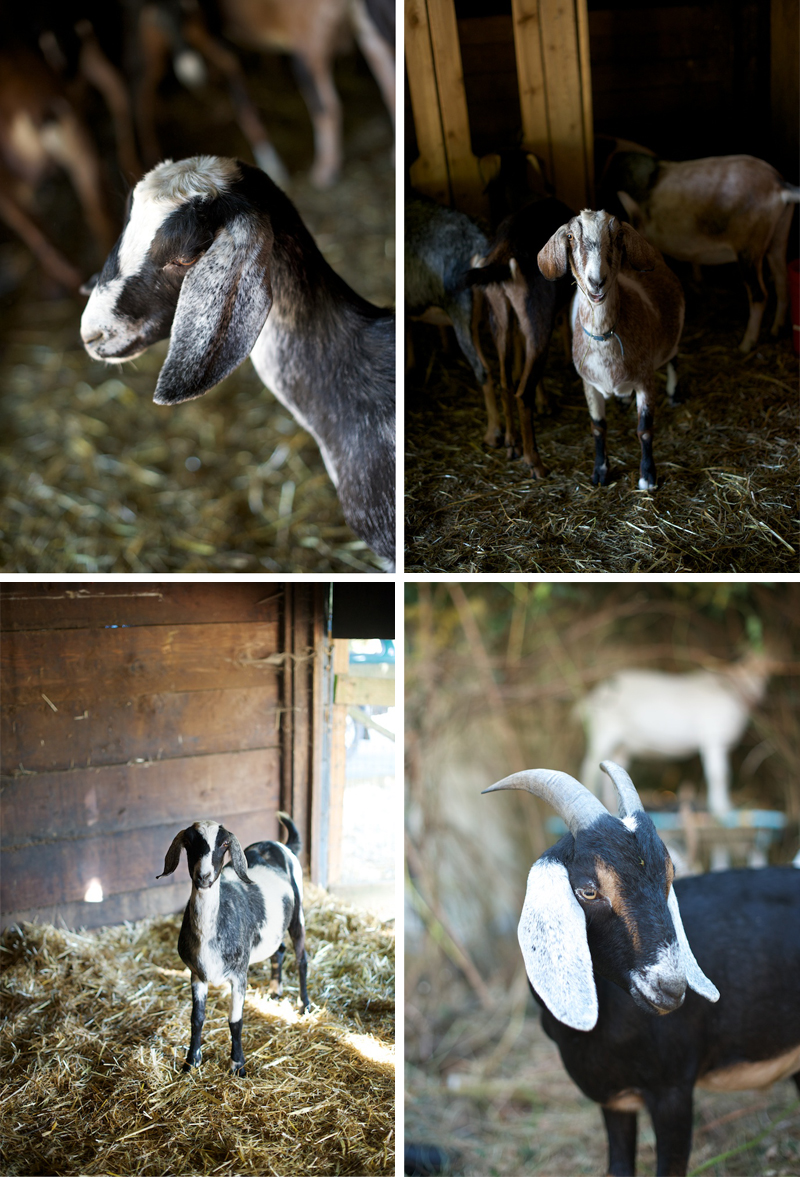 Several years ago, Barbour purchased two goats — Elsa and Ada — to live at her modern homestead in North Portland, with no plans to grow her small goat family of two into a herd of fourteen (now sixteen, if you count the two babies that were born a month ago). A Chinese medicine practitioner by trade, Barbour kept the half nubian/half pygmy goats in her yard, along with a flock of chickens. Her interest in goats quickly became a neighborhood interest. "I met more people in my neighborhood than I had in 6 years," Barbour shared. "Everyone started coming over to see the goats: parents with kids; people on the way home from work. It was an unexpected community building experience."

Neighbors started asking if she'd consider bringing the goats to their backyards to eat weeds and blackberries. This unpredicted friendliness and newfound connection to her community led Barbour to begin researching how to start a goat grazing business. She quickly found that one name was prevalent on nearly ever site she clicked: Tammy Dunakin of Vashon Island's Rent-a-Ruminant.

After chatting with Tammy extensively, Barbour enrolled in an affiliate program run by Dunakin and began actively looking to acquire more goats for her herd. While continuing to learn the art of goat grazing and herding (learning that never stops; her truck contains several giant tomes on goats, mixed in with random bits of straw and hay), other aspects of her new business began to fall into place. In a stroke of good timing, her sister had recently purchased a home on Sauvie Island, complete with a horse barn and ample pasture — an ideal space for a hungry herd of foragers. 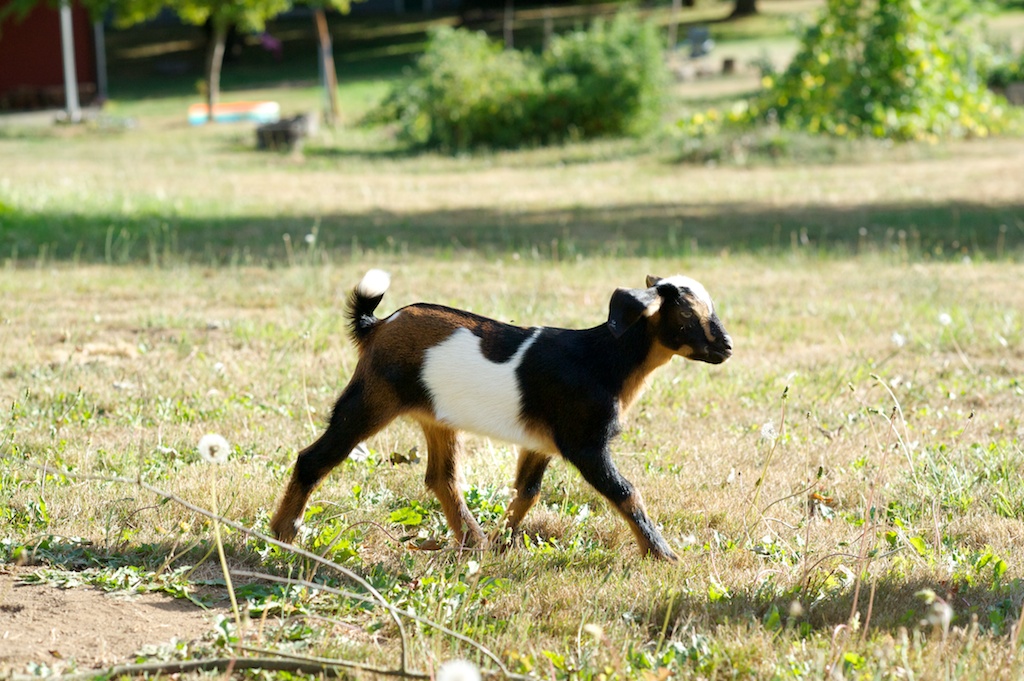 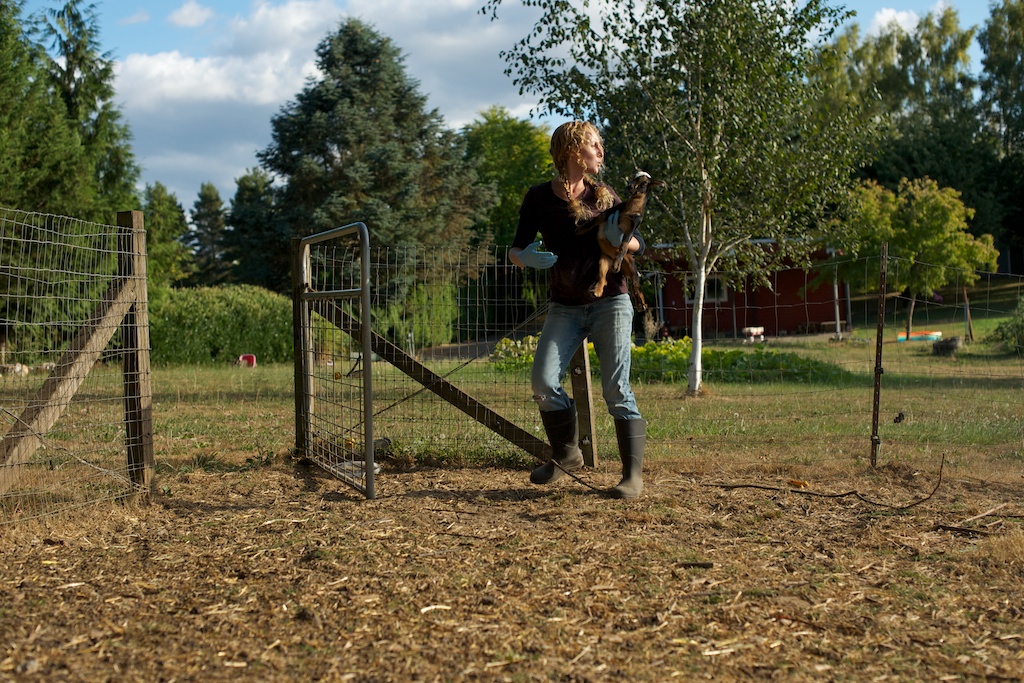 At thirty-nine, Barbour isn't a stranger to pivoting to new career paths. Though she started school with the goal of becoming a physical therapist, she quickly discovered that holistic arts resonated more with her. Throughout her life, she's been quick to shake off rigidity and dead-ends, seeking her own path. Instead of accepting a career or lifestyle that's not a good fit, she has an ability to challenge herself to find something that will work better. After school she spent time in a yoga community, eventually becoming a certified teacher herself. Following stints in California and the East Coast, she moved to Portland, drawn to the city and the idea of living near her sister. After arriving, Barbour completed a degree in Classical Chinese Medicine at the National College of Natural Medicine (NCNM).

Though Barbour remains a Chinese medicine practitioner, by this time last year, she was ready to be in a more physical space, more in tune with the weather and seasons. And she saw clear parallels between her career in the holistic arts and her desired career managing goats. "In Classical Chinese medicine, there's a sustained idea of doctor as farmer," she explained. "The goat in Chinese medicine symbolizes the small intestine, which symbolizes qualities of personal transformation because of its special connection with the heart." 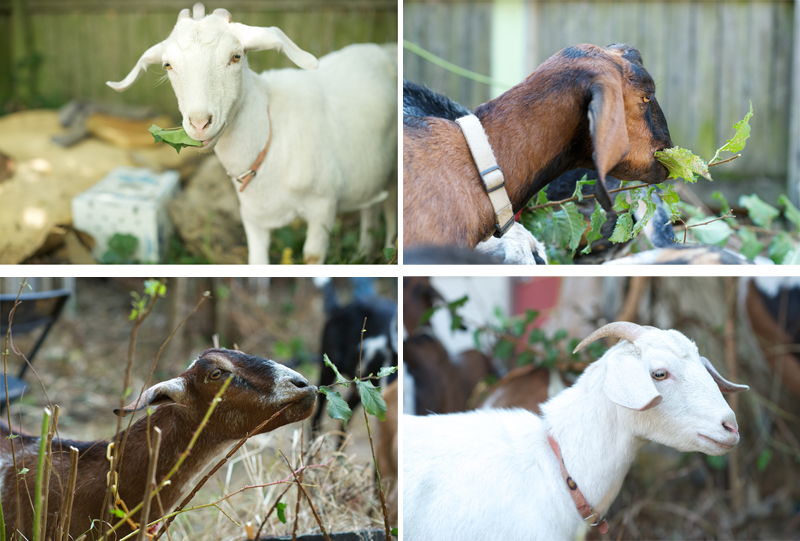 In addition, Barbour has been pleasantly surprised to discover that her academic background means she's already inclined to be tuned into the physiology, nutrition, and biology of the goats, as well as their unique social hierarchy. The current matriarch of the goat herd is a mini-nubian named Ursala, who asserted herself to the top of the goat hierarchy after her mother, Eleanor (the former matriarch) temporarily went blind.

Instead of trying to reverse this take-over, Barbour knows that while she can provide a safe and nurturing home for the goats, their interactions are very much their own. As it turns out, anytime a goat has an illness or is separated from the herd, that goat's reintroduction is challenged by the other goats all looking to increase their position in the hierarchy. 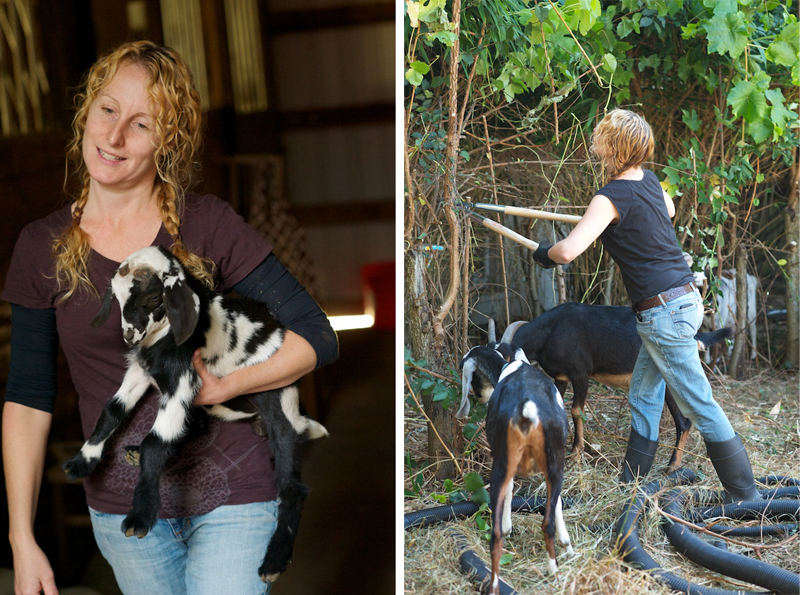 Since launching her business in the Fall of 2011, Barbour has spent a full year caring for the goats, meeting clients, and learning how to do things that she normally would have let someone else handle, like parking the giant goat trailer. "This work makes me feel strong. It brings out a different aspect of my personality and challenges me to do things I'd be intimated by," she confided.

Her goats — kinders, mini nubians, and nubians — are mostly related to each other, with the majority coming from dairy herds. Seven goats came from a woman in Washington State who was starting a dairy business; almost all of the goats are sisters. For $215 a day, Barbour will bring the goats to a property and work alongside the goats while they eat. Before deciding on the length and cost of a project, she'll tour the proposed property and meet with the landowner. Barbour explained that "it's hard to quantify a job because you're dealing with biological systems and the weather. A fairly accurate estimate is that it takes a herd of fourteen 7-10 days to eat down a quarter acre of moderate overgrowth." 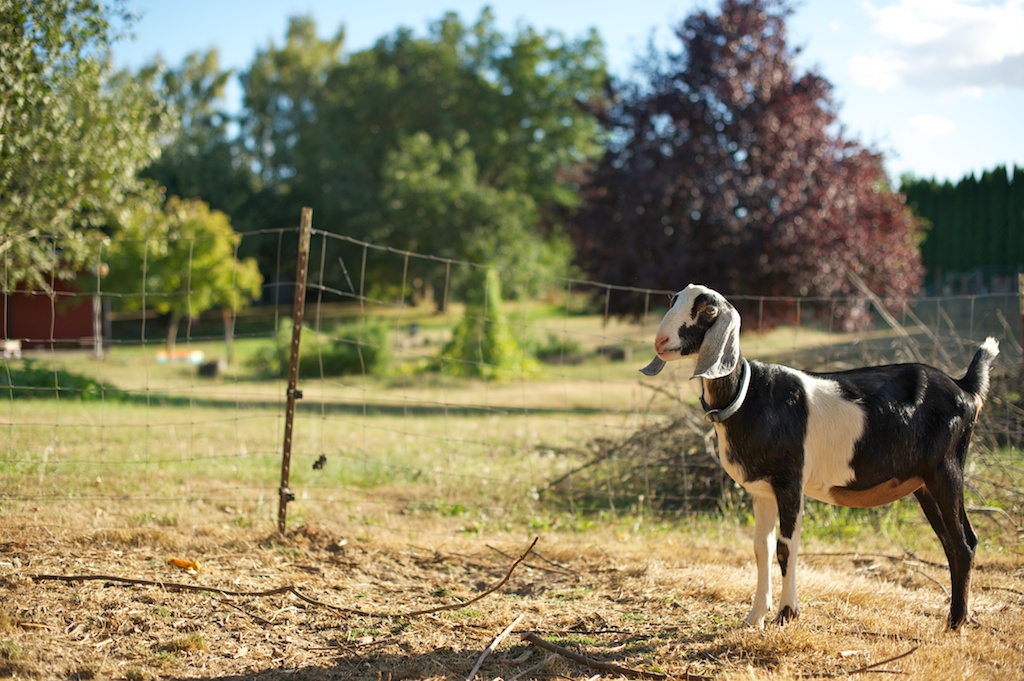 Following the industrial lot job on Belmont, the majority of her business this year is a direct result of the publicity from that job. People reach out for environmental reasons and for the goats' companionship. Barbour has savored making connections with people she wouldn't have normally met. "I think a lot of times people's yards get overgrown with life events," she says. "Working around the animals is therapeutic for them."

After visiting the goats on Sauvie Island, I watched the goats "on the job" while they tackled a residential yard on Hawthorne Boulevard. They eagerly chomped on the branches Barbour cut down while the homeowner watched with an air of contentment. 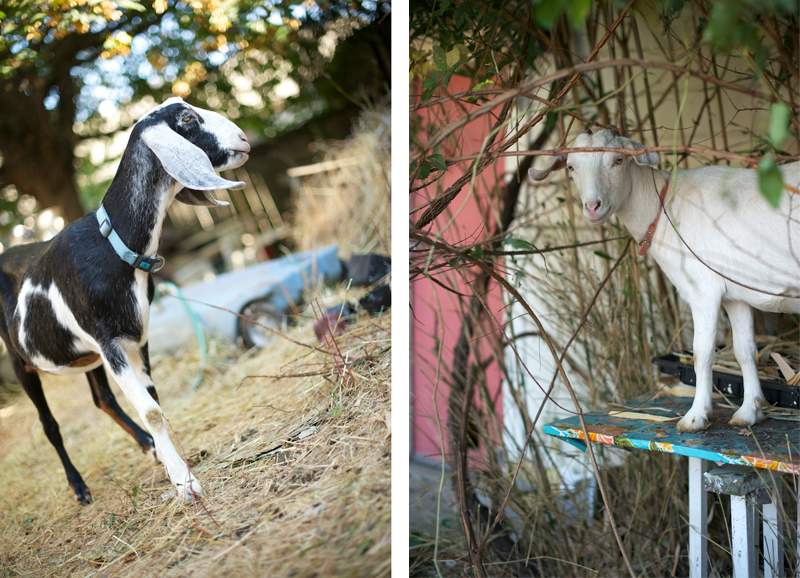 As we approach the goat's off-season — Portland's notorious months of rain — the goats will "take it easy", staying in their barn on Sauvie Island and venturing outside when it's not raining. Barbour plans to explore what it's like to milk and dabble in cheese making. Beyond that, she will spend the goats' rest period assessing her first full year of business. She knows that before she considers adding to her herd or expanding the business, she must weigh the benefits to her own life as she tries to maintain her acupuncture practice and deal with other "to-dos", like tending to her own self-proclaimed overgrown yard. For now, her inclination is to maintain the herd as it is. Running Sauvie Island Goat Rentals allows Barbour time with her family, and provides a calm place for the goats to live. The size of the herd is one that Barbour can manage on her own. 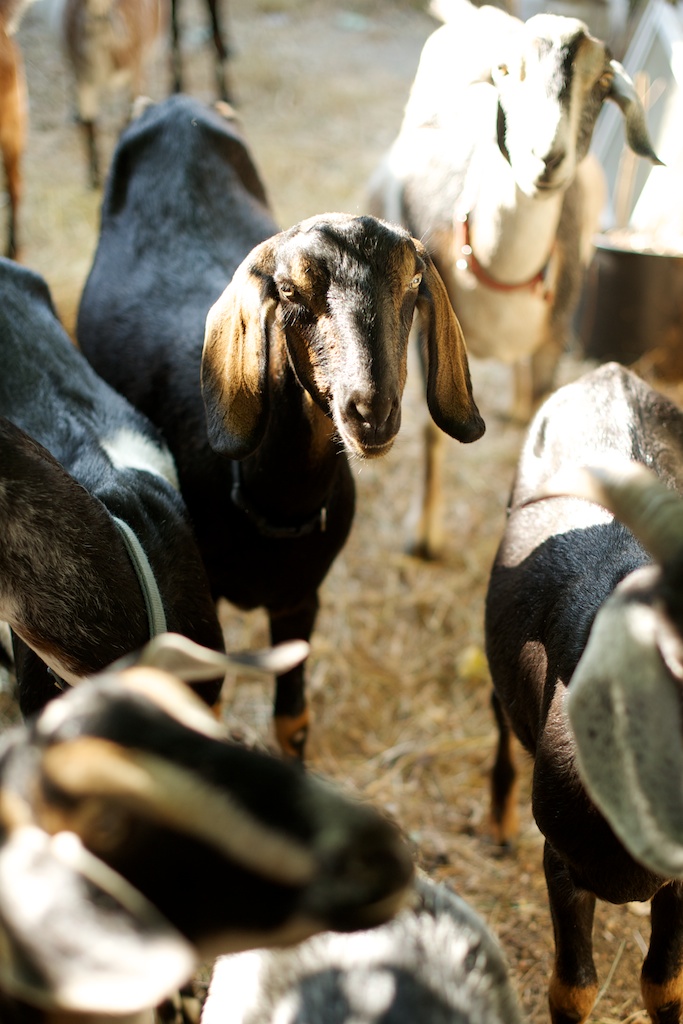 My brief venture to Sauvie Island, with the early Fall sun slowly setting, the goats foraging, and the baby goats literally jumping in the air as Barbour's niece and nephew tried to hug them and feed them leaves, relieved any frenzy I might have felt from my previous hours of work. By connecting to the earth and with the animals, I sensed an awareness of my surroundings that extended beyond the cerebral and tapped into an innate need to exist within nature.

This feeling is exactly what Barbour described to me when we first talked on the phone. Before starting Sauvie Island Goat Rental, she sought a new challenge, specifically one that would allow her to exist in a more physical space. After years of fine tuning an awareness of the ebb and flow of her career and life, Barbour has forged a path that fulfills her intellectually and holistically. 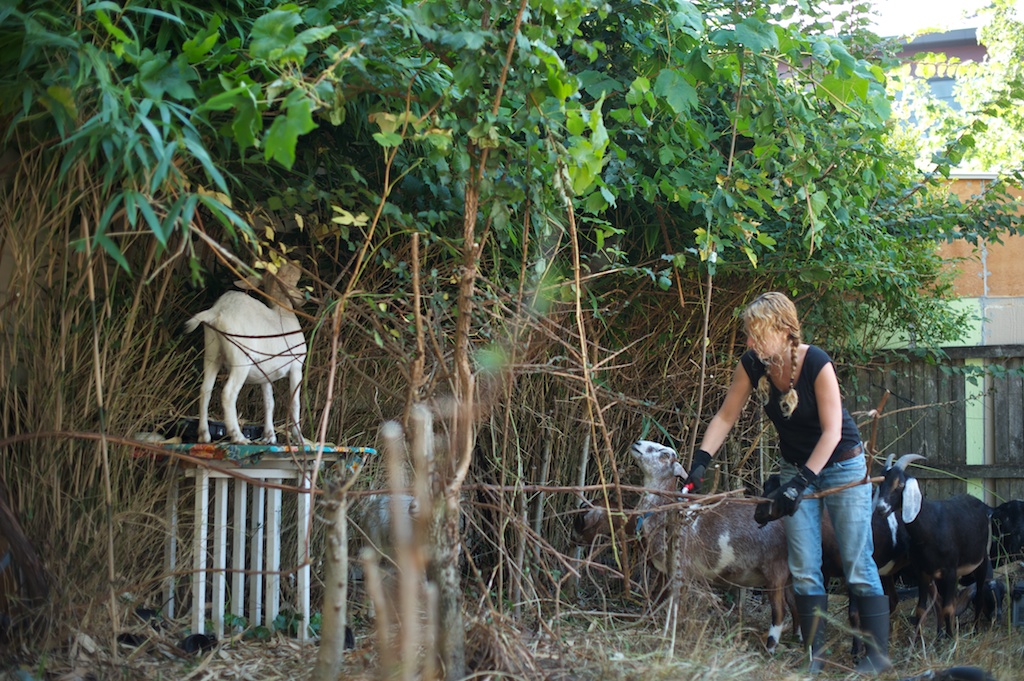 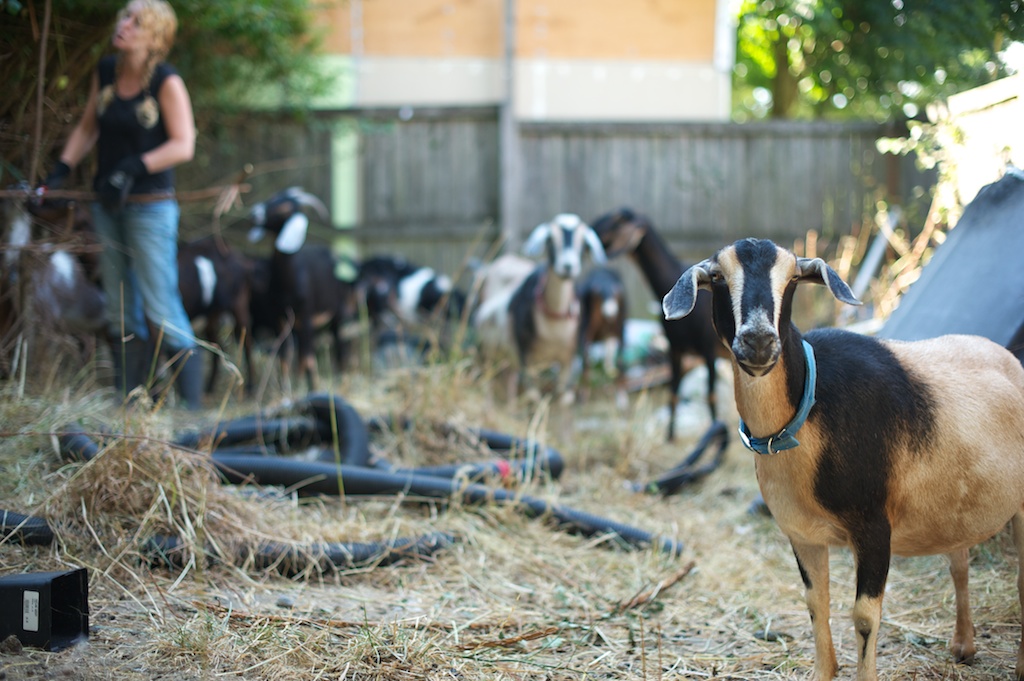 To contact Alysha for an assessment of your overgrown yard or lot of land, visit www.sauviegoats.com . The goat grazing season runs from May to mid-November. 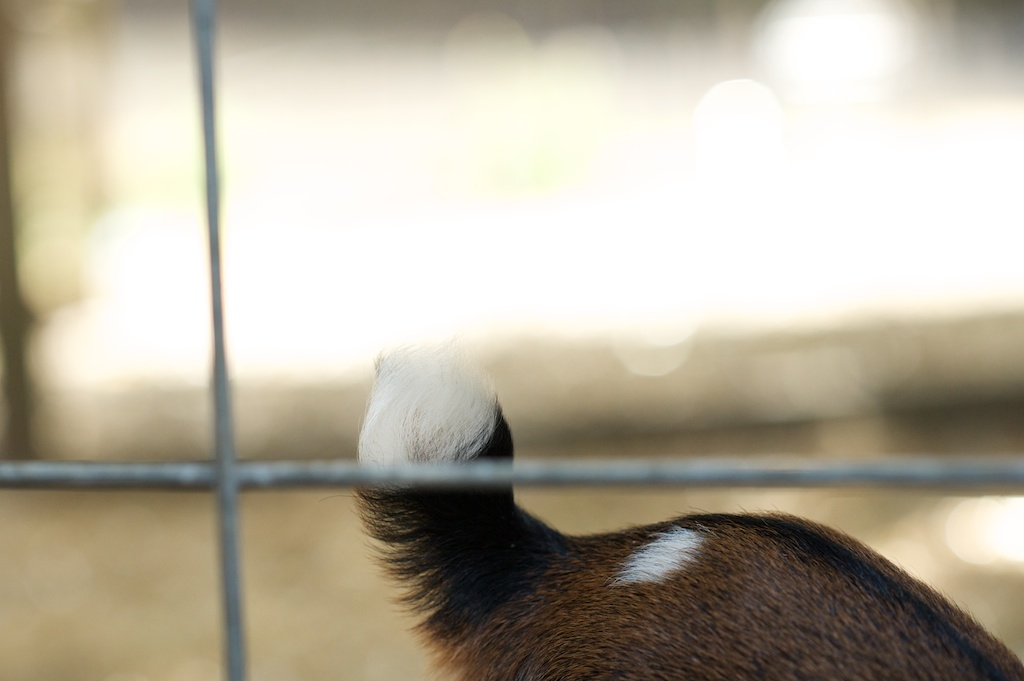