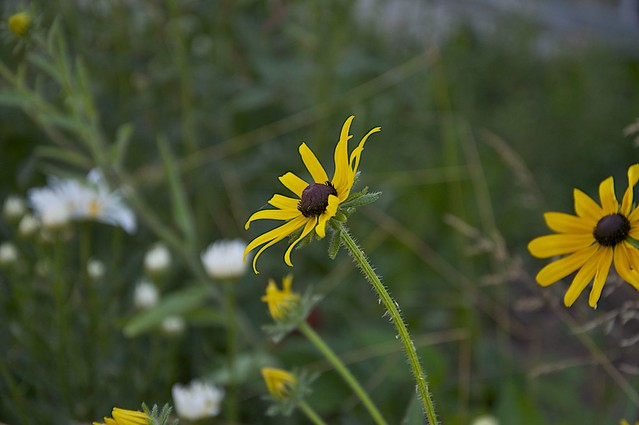 Oak Grove Plantation is the definition of a family run operation.  Ted and Susan Blew have four adult children, three of whom work full time on the farm.  Each family member moves fluidly between working on a project that’s special to them (herbs, sweet corn, hogs) and helping out the with general farm operations.  Ted quickly pointed out that his children chose to stay and work at Oak Grove.

“I wanted them to know all the plusses and minuses of farming.  It’s not an easy job.”

Ted Blew has mastered the art of understatement:  “not an easy job” doesn’t come close to capturing the difficult moments Susan and Ted have endured, finding success only because of their unwavering work ethic and belief in organic agriculture.  The Blews acquired the land for Oak Grove Plantation in 1977, but faced several unsatisfying situations before this purchase. For example, one farmer from whom they were renting land plowed up all of their potatoes (they’ve never grown potatoes since).  Searching for a different landlord, they moved to another farm in Three Bridges, but they couldn’t afford the rent the farmer wanted for the house.

Ted approached the rent problem creatively. He recalls, “So I said to [the landowning farmer], well this is all I can afford.  It’s what I paid in Pennsylvania.  [The farmer] goes “Okay, I want three times that money.  I’ll rent it for the dollar amount and then you work off the other two thirds.”  So that’s what I did.  And then [in addition to that], I also worked our own land and even worked in a foundry—sometimes 12 hours a day in a foundry.  We didn’t have any money to get started.” 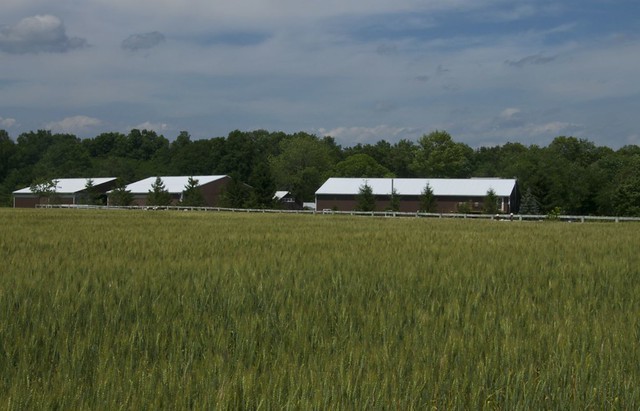 They didn’t have any land to get started, either.  While both Susan and Ted come from farming families, their families had each sold their respective farms when Susan and Ted were high schoolers.  Despite these bumps in the road, the Blews finally earned enough to buy Oak Grove Plantation, closing in August 1977.  Unfortunately, they wouldn’t be able have a moment’s calm: between dealing with their variable interest mortgage and a severe drought in 1980 (“If you took a flashlight, you could see down two feet into the ground!”), the Blews were well aware that they had not picked an easy path.

Ted’s description of the 1980 drought reminded me of images from literatures’ worst devastating droughts, like those in Sarah Plain and Tall and My Antonia.  In Ted’s words:

“In 1980 we got four bushels to the acre instead of 30-35.  All we had was hot…like a torch with wind blowing.  Almost 26 days straight of over 100 degree weather.  It was the worst year we ever had.  Everything started to wither.  Corn turned brown.  We really need the money to pay the mortgage.  The prudent thing to do is to sell some of your crop, when you’re planting it early.  I decided to put an ad in the paper to [saying that I could] help harvest.”

Ted’s advertisement was a little unusual.  The Blews had pre-sold many bushels of soybeans, not being able to predict the horrific drought.  They suddenly had a contract they couldn’t fulfill, with fear of having a lean put on the farm if they weren’t able to follow through on their obligation.  So instead of getting paid in dollars, Ted asked for bushels of soybeans.

“I had already sold them, but I couldn’t grow them.  I had to find the beans somehow.  Every night I’d come home and estimate the number of bushels I needed and then go back in a pickup truck.  [We ended up with] enough beans, but no money.  We incurred a lot of debt.” 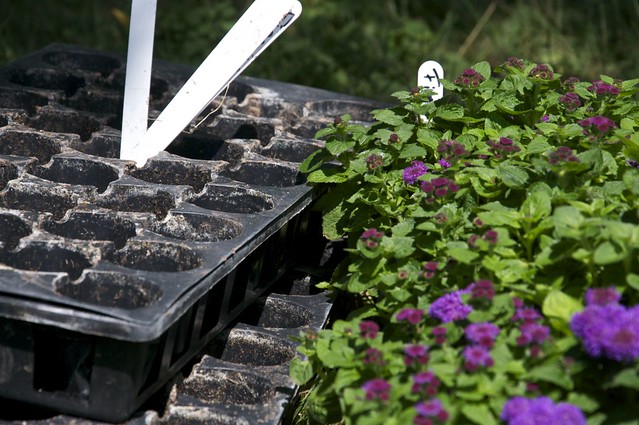 Throughout the next few years, debt remained a constant companion.  The Blews eventually saved enough money to pay their mortgage and they breathed a little easier for the next few years.  In 1985, the family preserved the farm: “the first farm family in New Jersey to that”, Ted shared.

Coming up next: The hail storm that destroyed ‘everything’ and the positive relationships farming has nurtured

This piece is cross-posted on The Fresh Blog