The years following the purchase and creation of Oak Grove Plantation saw Ted and Susan Blew raising four young children while striving to make the farm as successful as possible.  Life wasn’t without its low points, but Ted recounted that period with a level of peace in his voice. 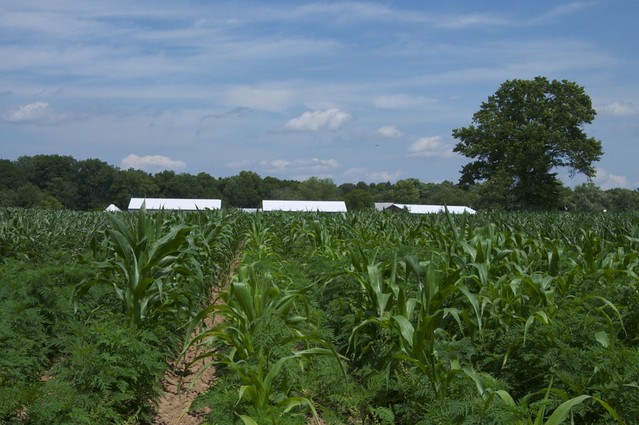 In telling the story of Oak Grove Plantation, and more specifically Ted Blew’s memories, it’s quite easy for me to get caught up in the intense difficulty and hardships Ted, Susan, and their children deal with nearly every day.  When synthesizing my hours spent on the farm, though, I would be remiss though if I didn’t also share the positive stories, the real reasons the Blews farm.  What’s the point of it all? Ted hasn’t lost sight of the number one reason he wakes up each morning.  When asked what has kept him going all these years, Ted was quick to respond with one word: ‘Susan’.

Beyond growing amazing food that New Yorkers have been lucky enough to purchase for 20 years, the Blews have touched numerous lives.

Ted’s tough exterior serves to hide a sentimental side that peeked through as he gave soft recollections of workers he’s had on the farm throughout the years.  He shined the most when talking about Susan and the slew of admirable people he’s worked with throughout the years. 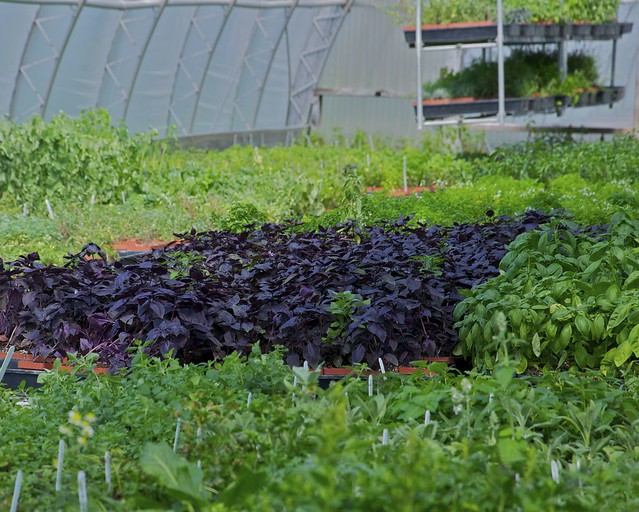 Included in Ted’s list of admirable connections are high school students from Queens who apprenticed at Oak Grove Plantation for 25 years.  At first, many of the students struggled to keep up with the workload and couldn’t process why they were there.  Ted shared with me stories of several of the students he’s kept in touch with as they became adults; one opened up a floral shop, another worked for Mercedes Benz.  Of course, along with the success stories and hardworking students, the Blews dealt with several odd students, including a mother and daughter team who refused to be apart.  In fact, even as the daughter was heading off to college, she and her mother planned to be roommates in the college dormitory!

Sometimes the students wondered why Mr. Blew was putting in extra time to mentor students—after all, he and his wife were already raising four children of their own. The students would exclaim that they weren’t planning on being farmers, so why where they there?

Ted and Susan understood that the majority of their students were, as the students asserted, not going to be farmers.  The students were there because the Blews wanted to impact future consumer behavior. Ted notes:

‘Everyone one of [the students] is a consumer.  They’ll have their own families and go to the grocery store or a farmers’ market.  When they go there and purchase that produce…and the farmers says, “I want three dollars for this pound of tomatoes”, they’re not going to say, “Oh my goodness, that’s way too much money”.  They’re going to say “Worth it!  Every penny.” Because they had this experience on a farm...this makes them the best consumer in my opinion.’

It was the Blews’ hope that these ‘aware consumers’ would share their knowledge and understanding of agriculture with friends and family.   Then and now, the Blews want their customers to understand product pricing and the weather’s impact. 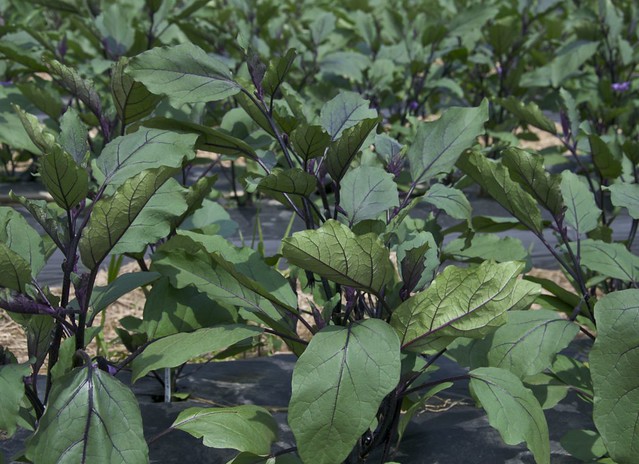 Weather.  The biggest variable in all of farming.  Too much rain and crops become over-saturated and rot; too little and the earth cracks and nothing can grow.  Windstorms can rip roofs off of barns and snap tender tree branches.  But, the worst weather of all may be hail.

August 17, 2007 is a day that the Blews will never be able to erase from their memories.  The day started in a completely normal fashion; Ted was at Union Square market and Susan and their grown children were at home, minding the farm.  Traditionally, when the weather looks rough, Susan will call Ted, knowing that thirty minutes later, the very same weather could be in Manhattan.  Ted describes that devastating day:

‘August 17th is when you’re really geared up for the harvest.  [After calling the first time to report that a nasty storm was coming], Susan calls back and she’s in tears.  She says to me,  “There’s nothing left, Ted”.  And I said, “What are you talking about?”  And she said, “It’s hailing”.  And I said, “It’ll stop”.  And she says, “It’s not stopping”.

I talked to her for 15 minutes on the phone and it just hailed the whole time.  I tell you, I came home and I wanted to go out and look at everything.  My daughter said, ‘Dad, that’s a whole year’s work’.  I wanted to look at everything that night.  [My family] all gathered around me and gave me a hug.  They had the truck loaded from the day before and said “just go sell it”.’

The Blews lost everything.  The horizontal wind sprayed golf ball sized hail all over the farm.  Ted remembers not being able to find a stem of any plant from an entire ‘amazing’ field of squash. The hail remained on the farm for two days; some plants never grew back.  Many farm buildings were damaged.  A few days after the storm, Ted drove to the neighboring Rutgers’ research farm. The storm’s wrath had destroyed all of their research and blown away their weather station. 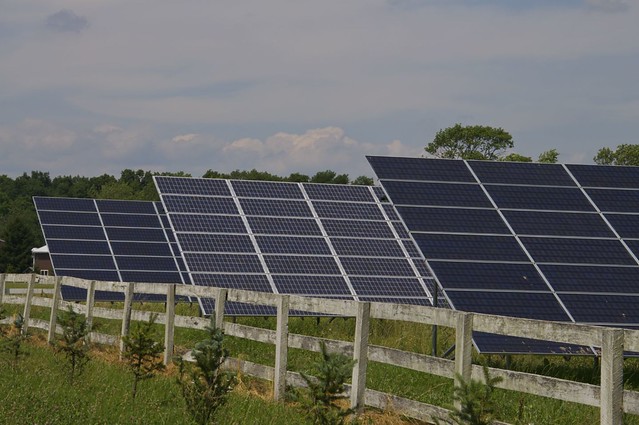 It’s now three years after the storm.  Ted still doesn’t feel like the farm is back to normal.  While most of the crops have grown back (and as a visitor, I simply saw rows and rows of healthy plants), the memories are just as raw as if the storm were yesterday.   Each year following has presented its own set of problems.  2009 was wet, leading to rotting crops.  This year has been oppressively hot, with little rain.

Despite these challenges, the Blews have no choice but to stay focused and positive.  Today, the farm lush, orderly, and vibrant.  They’re experimenting with new varieties of crops and are anticipating this year’s harvest season.

This article is cross-posted on The Fresh Blog