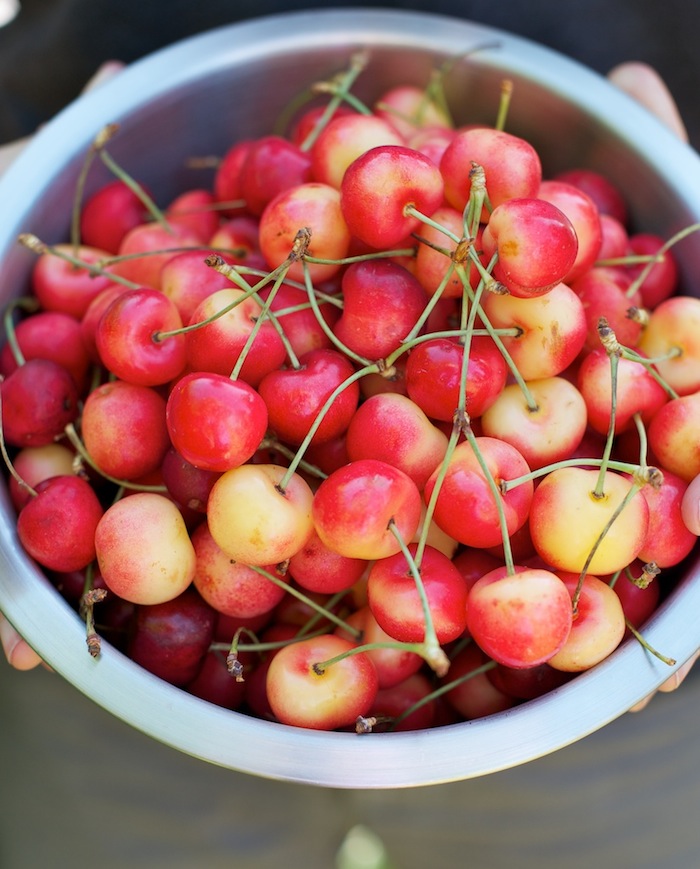 Cherry season was finicky in New York. You'd either hit the jackpot with plump, gorgeous fruits, or you'd be left wanting more, disappointed in the lack of variety and flavor. When the cherries were good, I wanted to do little else than eat them or make a claufoutis.

In Oregon, many farms grow cherries, their baskets heaped with Rainier and Bing varieties, among others. The consistent taste and sheer quantity allows me ample opportunity to buy enough cherries to both snack on and jam with. 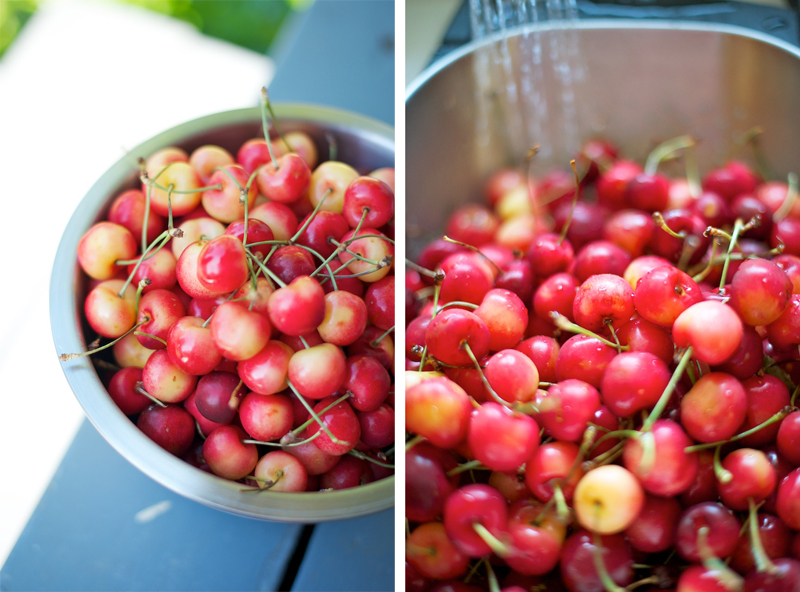 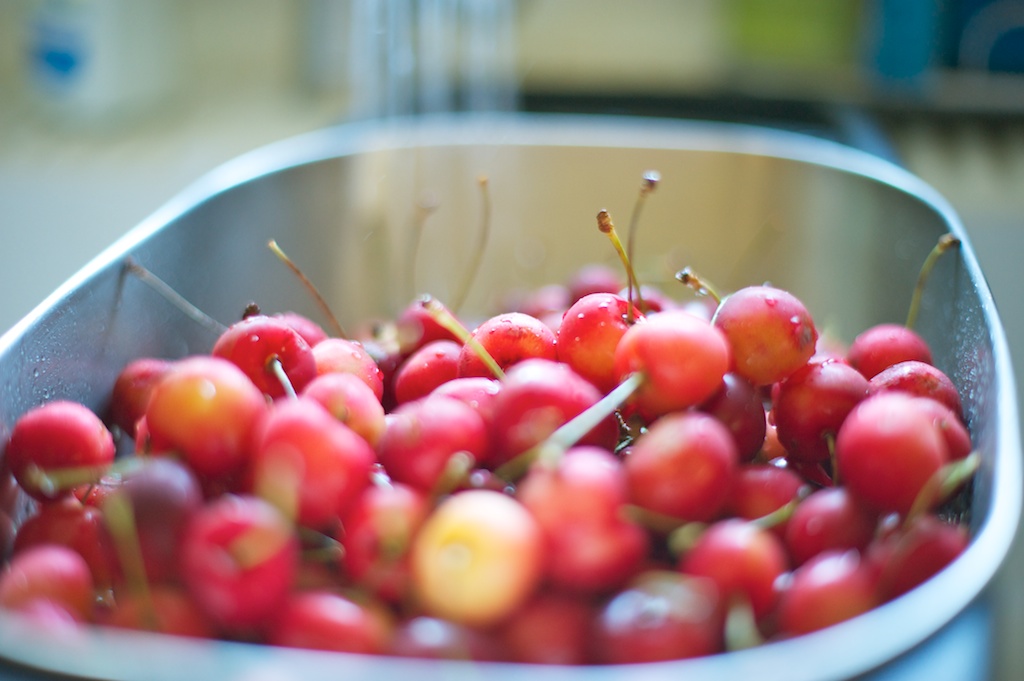 This cherry jam is a decidedly 'grown-up' jam, better eaten in the afternoon than in the morning, after your taste buds have warmed up. As I flipped through my already well-loved copy of The Blue Chair Jam Cookbook, I stopped at Rachel Saunders' recipe for Red Cherry Jam. She flavors the jam with both cherry kernels and maraschino liqueur (which results in that not-for-morning, but so-perfect-for-afternoon taste). 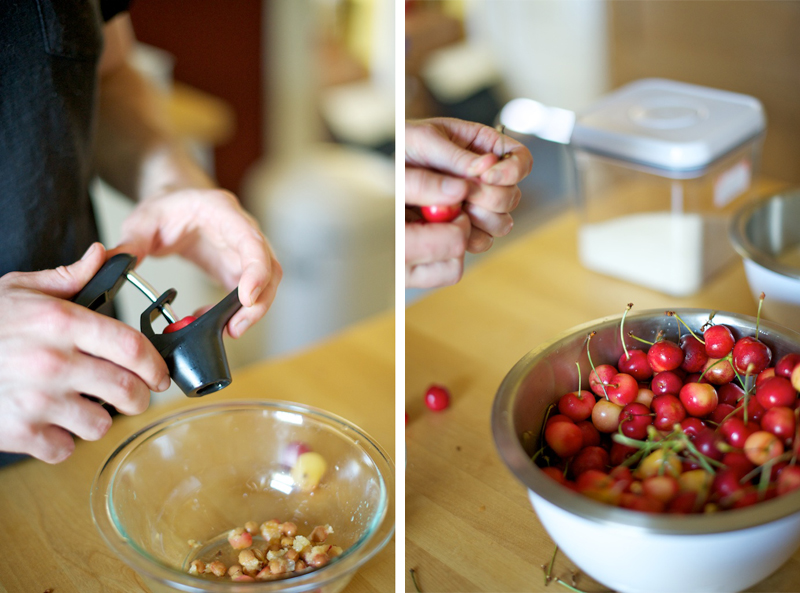 I attempted to flavor my jam with the cherry kernels. After patiently pitting four pounds of cherries, with Justin's help de-stemming, I gathered the pits, put them on the floor on top of a towel, covered them with another towel, and began hammering them. Yes, I crouched on the floor and hammered at cherry pits. If you hammer confidently enough, the pit cracks open to reveal delicate light kernels. 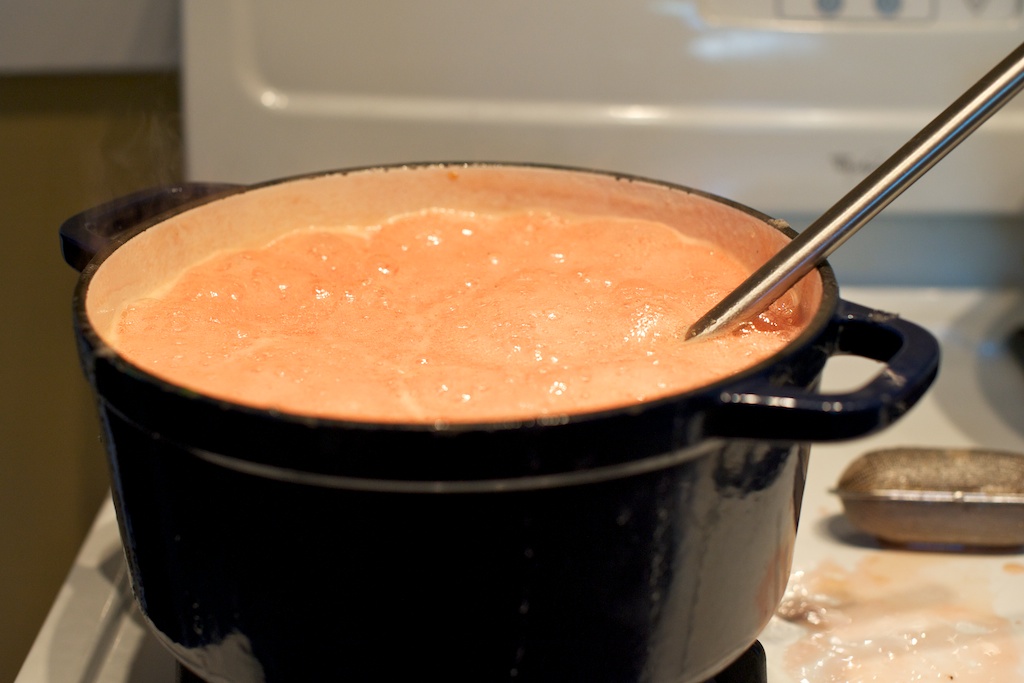 I had planned to use these kernels as Saunders directed, as a way to subtly flavor the jam while it cooks. Unfortunately, the only tea ball I own has a long metal cord, and every time I began stirring, the cord separated from the pot and the metal tea ball started to pop open. If you do have a tea infuser with a firm latch and without a cord--and you feel like hammering cherry pits while crouched on your kitchen floor--consider keeping this step of the recipe. If you'd rather not, I can attest that my cherry jam is sweet and subtle and I didn't find myself wistfully wishing for the cherry pit flavor. 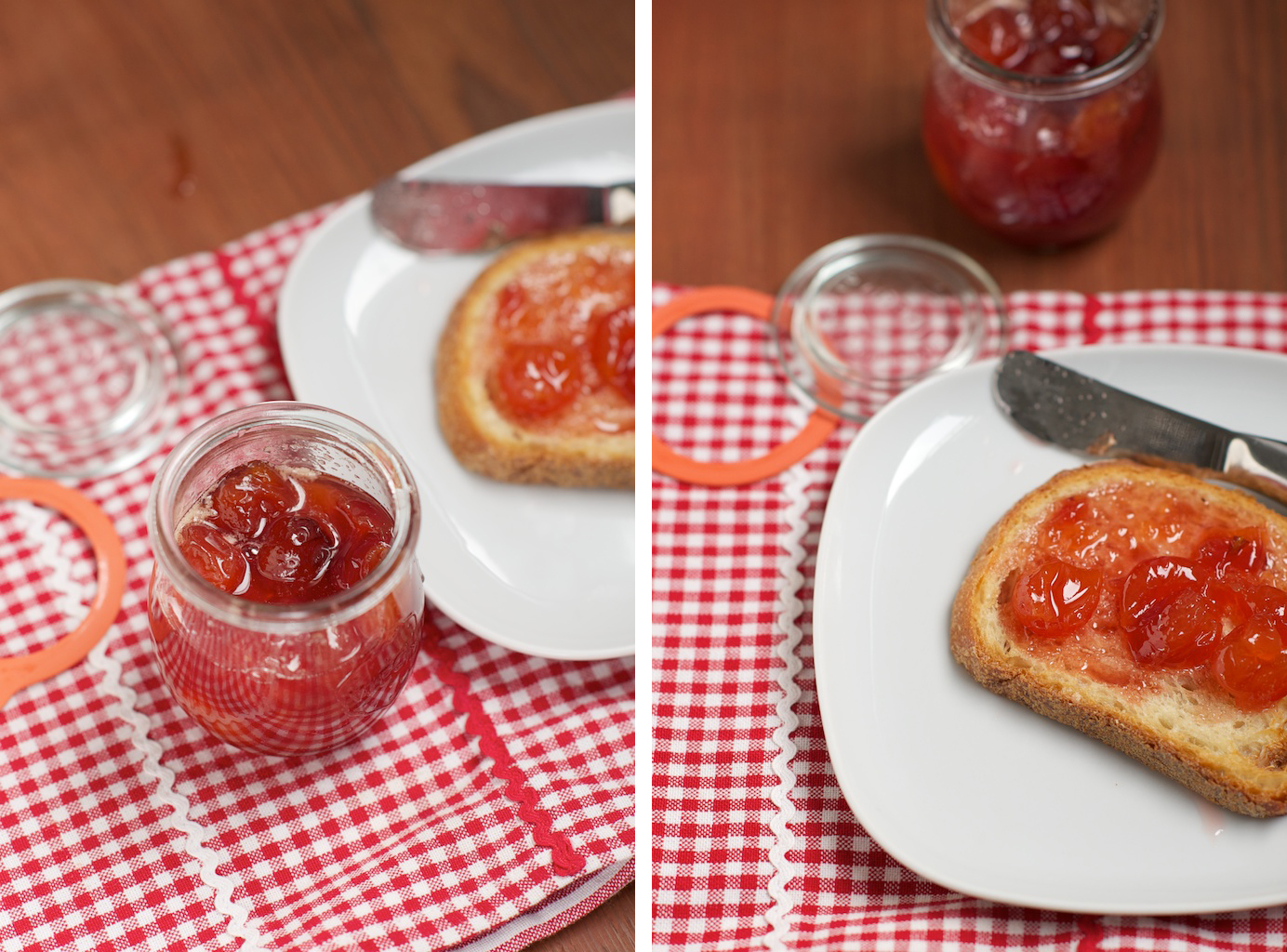 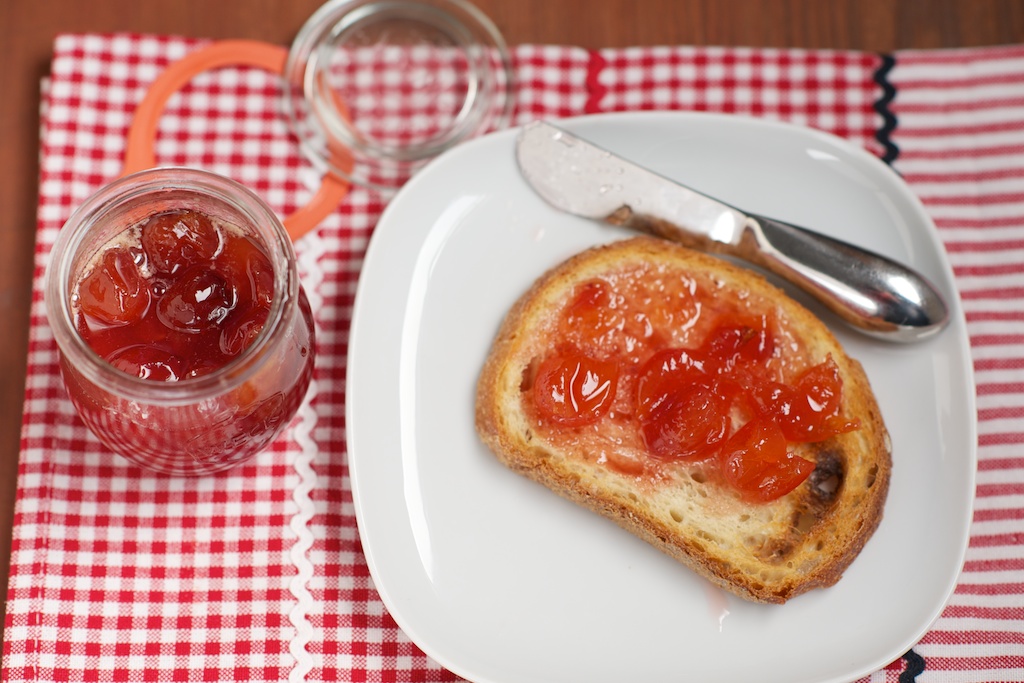