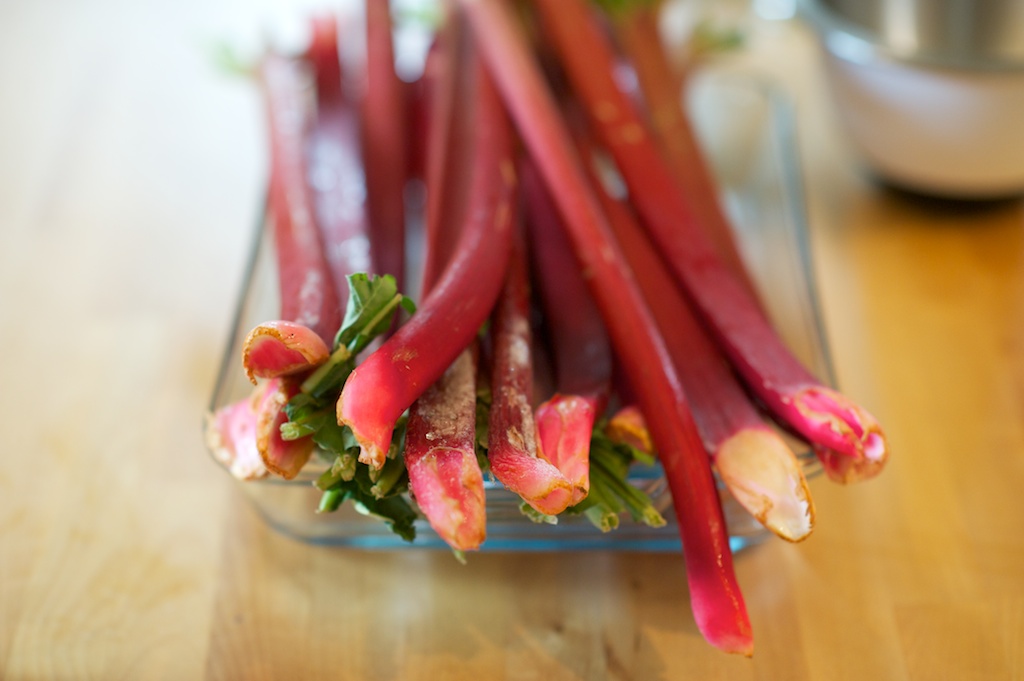 I'm clearly on a rhubarb streak, as the last recipe I wrote about also features the stalky vegetable. As with any fruit or vegetable that has a short season, I like to think of a variety of ways to preserve its peak flavor for future months. I enjoy recipes that combine rhubarb with strawberries or cherries, but because it's mid-May in the Pacific Northwest, I can't combine rhubarb with anything sweet. With the exception of one farm that is selling a small batch of strawberries each Thursday, rhubarb is the only fruit in town--and it's not even a fruit! The best way to preserve the early season rhubarb is to stop bemoaning the fact that it's all by itself, and rather, appreciating the light tanginess early rhubarb contains. 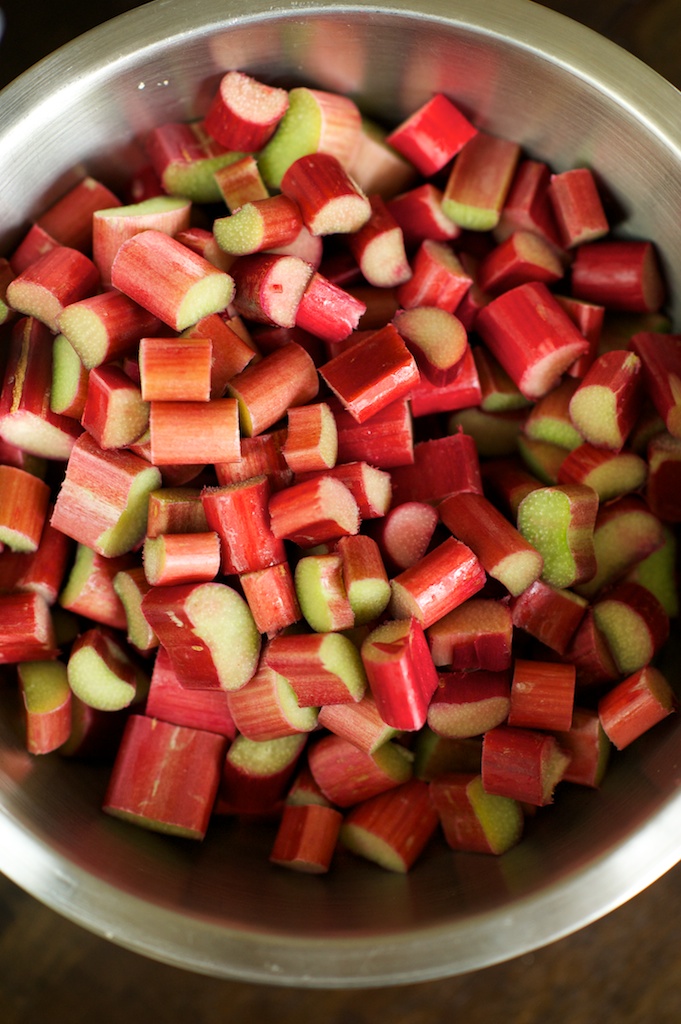 Last year I made a rhubarb jam from the Blue Chair Jam cookbook that involved macerating the rhubarb overnight before cooking it on a stovetop. A few weeks ago, I came across a technique I hadn't even considered for jam making: roasting the rhubarb. With rhubarb, the goal is to break down the fibers into something spreadable and tangy-sweet; if the end result is the same, the method of getting there matters less. And in this case, the method of taking whole rhubarb stalks to canned and ready-to-eat rhubarb jam was simple. 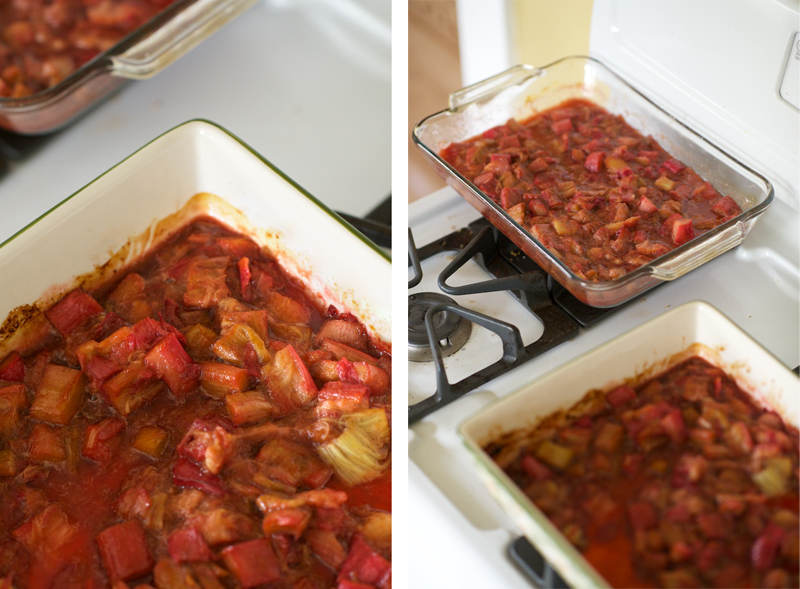 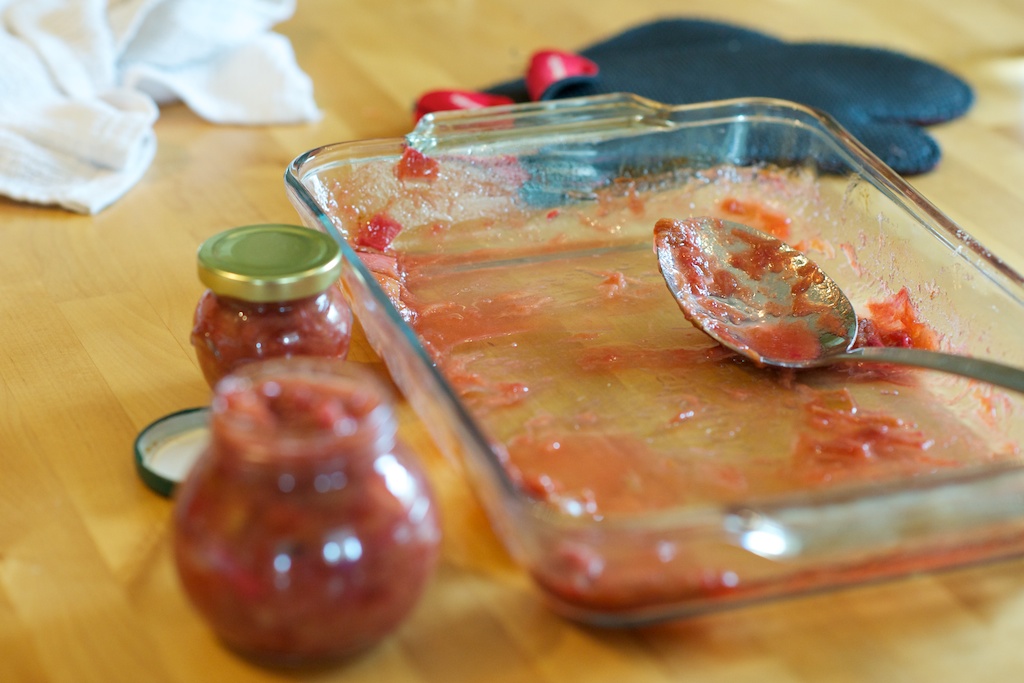 Using food writer Jennifer Perillo's recipe as a guide, I chopped the rhubarb into diagonal chunks and tossed the chunks with cinnamon and sugar. I was working with three pounds of stalks, so I divided the chunks into two baking dishes. To end with that satisfyingly soupy yet spreadable consistency, I did have to roast the rhubarb almost double the time I had initially planned.

Once the rhubarb mixture cooled a bit, I ladled it into jars, a few to be canned and others to be eaten right away. We've enjoyed rhubarb jam on our toast the past week or so. Some knife fulls are completley smooth while other yield tiny rhubarb pieces. 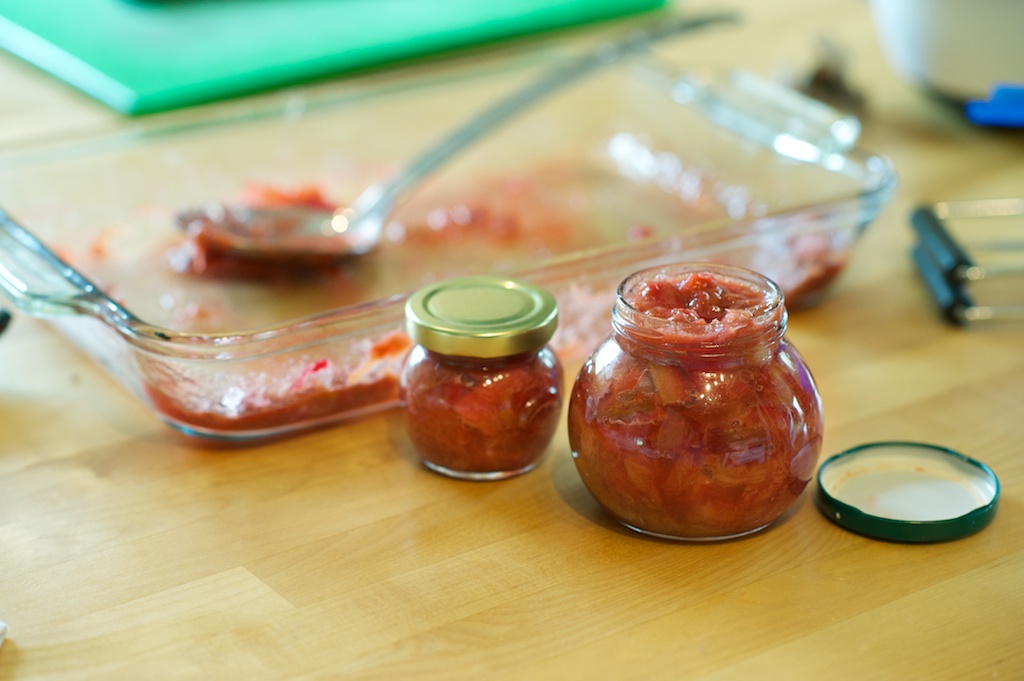 2) Roast for 40-50 minutes until the rhubarb has broken down and is thick and bubbly.

4) Transfer to tightly sealed jar and store in refrigerator for up to two weeks. If canning, you can process using the hot water bath or oven canning method.