I know I should have posted a "Fresh from the Market" on rhubarb before I shared the last two rhubarb recipes, but when thinking about baking versus writing, espeically with fresh rhubarb in the fridge, I had no choice but to bake first, and write later. By mid-May, if a farmer grows rhubarb, they're selling it at the farmers' market. Now is the time to not only incorporate rhubarb into baked goods, but also to preserve that tart taste for winter, via jams and chutneys. 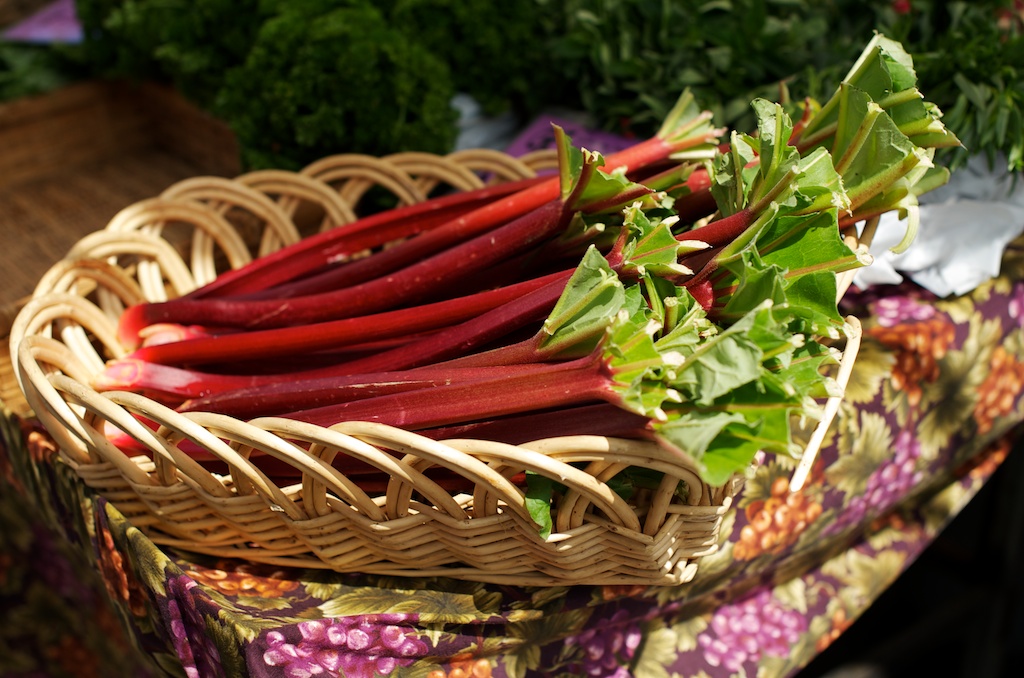 Rhubarb is a vegetable, though it's mostly cooked into a dessert or as a dessert topping. In 1947 a New York court ruled that rhubarb could be counted as a fruit, as well. The plant was cultivated by the Chinese as early as 2700 BC. Only the stalks are edible--the leaves contain oxalic acid.

Rhubarb is hard to peg down: it vacillates between tart, sour, and vegetal. But when you cook it with something sweet, the flavor tempers and is quite pleasing. 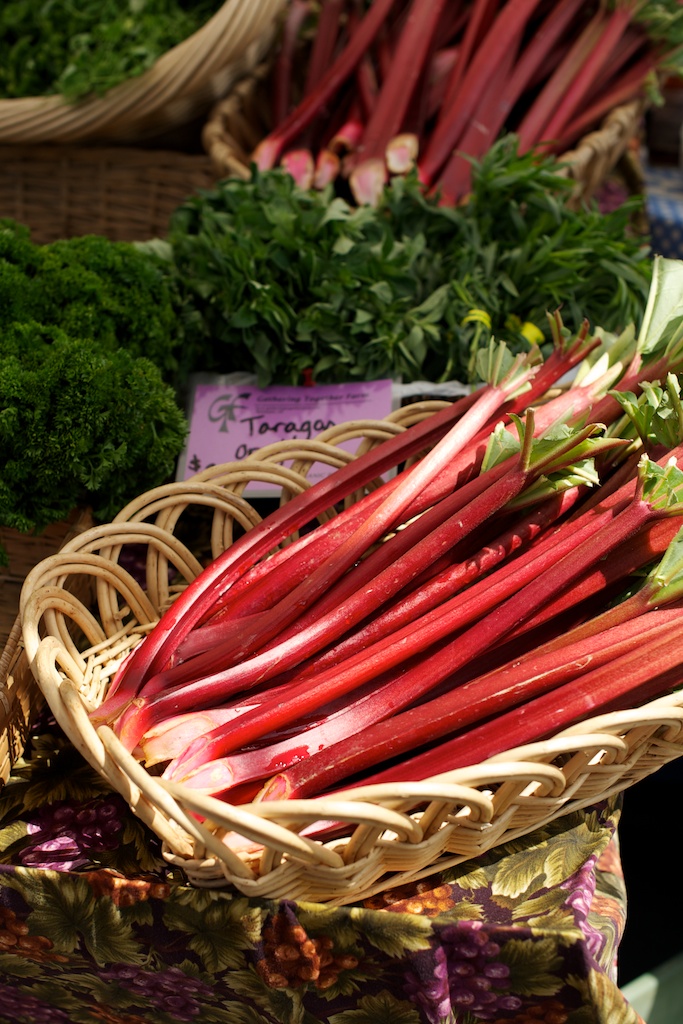 Look for firm and bright stalks. If the leaves are still attached, use them as a guide to the rhubarb's freshness. Small leaves usually indicate younger and more tender stalks. You will need to remove the leaves when you get home--cut them off before storing the stalks. The stalks' color can range from green to pale pink to dark red.

It's helpful to think of the stalks like celery--and to chop them that way! If you need to store rhubarb, wrap the stalks in plastic (or put in a long enough plastic bag) and store them for up to 4 days. I've found that storing rhubarb any longer than that is a lost cause. You're left with limp stalks, and that's never a good thing! 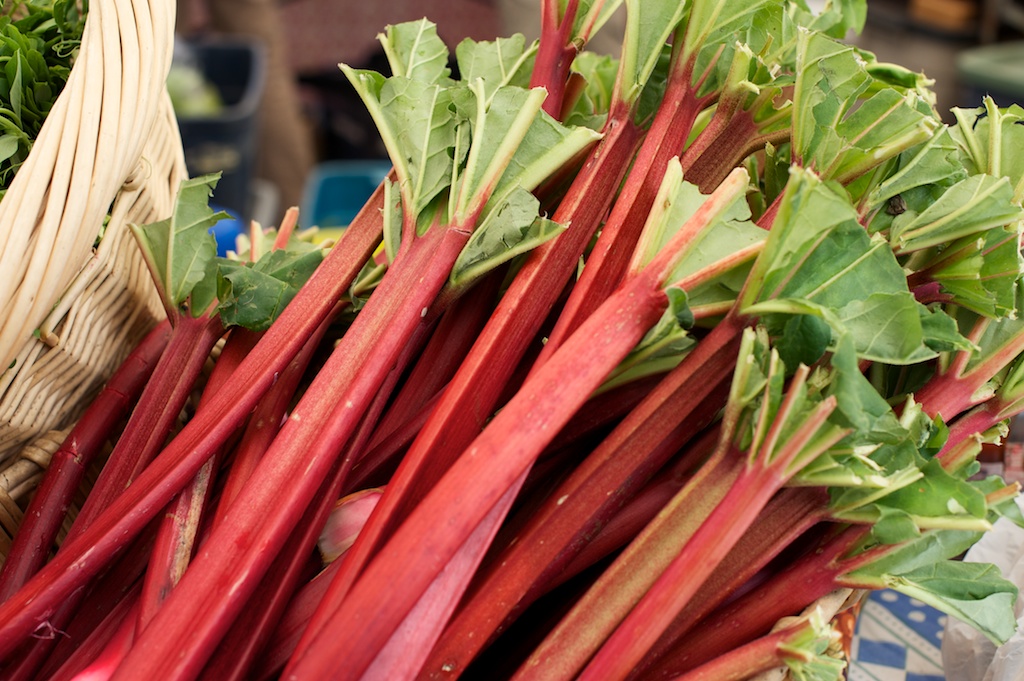 As I've mentioned in previous posts, rhubarb pairs extraordinarily well with strong and sweet flavors. I've found that cornmeal and corn flour are a sturdy enough base for the tart vegetable. And you can moderate its sour, vegetal flavor with sugar and cinnamon. If you're at a loss for what to do with rhubarb, consider stewing it on the stovetop or cutting it into chucnks and roasting it (with sugar and your choice of sweet spice). The rhubarb fibers will break down and you'll be left with a sweet topping for ice cream or yogurt (or an insert for a cobbler or a galette). And of course, strawberries are a natural pairing for rhubarb. If you feel adventurous and want to eat rhubarb like you would another vegetable, toss it in with pasta (recipe here).

Rhubarb is a cool season, perennial crop and can remain productive for up to 15 years. Rhubarb stalks shoot out from the ground, sending out large fan-like leaves; you may have seen rhubarb plants in neighbors' lawns and not even realized what they were!

After planting the roots in the early Spring, the farmer or gardener harvests the rhubarb according to the age of the plant. During the first year of growth, the rhubarb is left unharvested; in the second season, it is only harvested for several weeks. The farmer can either harvest all of the stalks at once or pull them out selectively over 4-6 weeks. The vegetable starts to show up at farmers markets in the early Spring, roughly mid-April.

Have you ever heard of the Rhubarb Triangle?