Zen wisdom states that nothing is permanent.

When I went to bed last night, I inadvertently rubbed my arm and felt something crusty and scaly: leftover dough stuck to my body, clinging there despite repeated washing of hands.

Ever since returning from our October trip to Venice and Slovenia, I’ve been unable to stop baking.

Baked with its Own Identity

Paola Smith is covered in flour and moving lithely hours before most Portlanders have sipped their first coveted cup of coffee.

As soon as I saw the picture of these almond and jam pastries in the latest Sunset Magazine, I took immediate action. 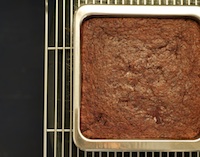 Pick a ‘Stache, any ‘Stache

When I was in the kitchen with Alison and Michael of Butter + Love, I watched the entire process of jam cookie creation.

My love for pistachios is practically predestined.