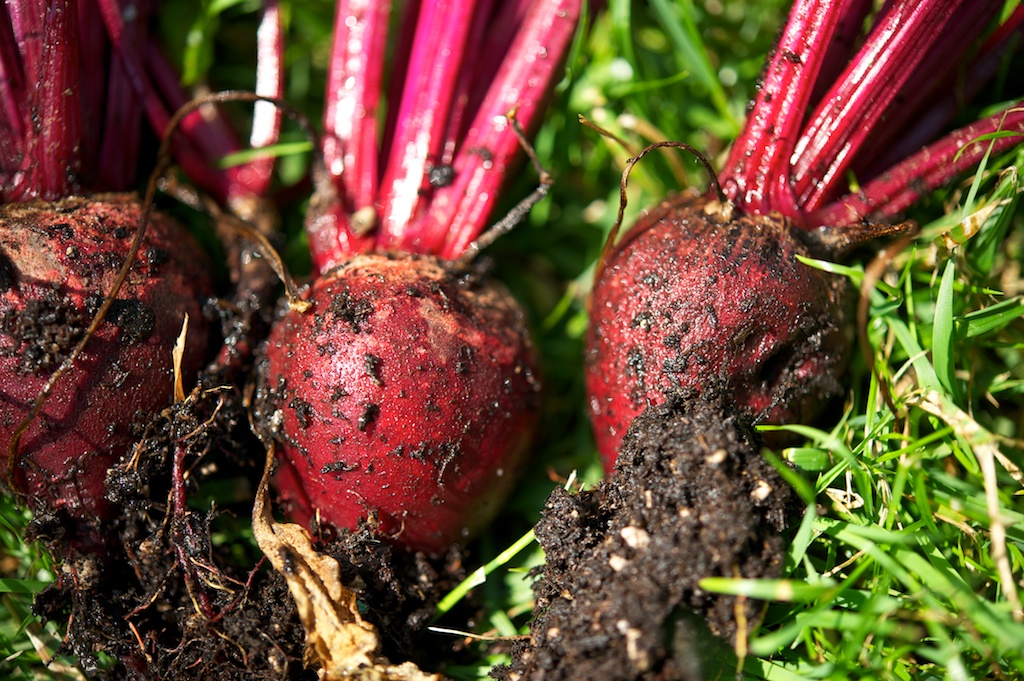 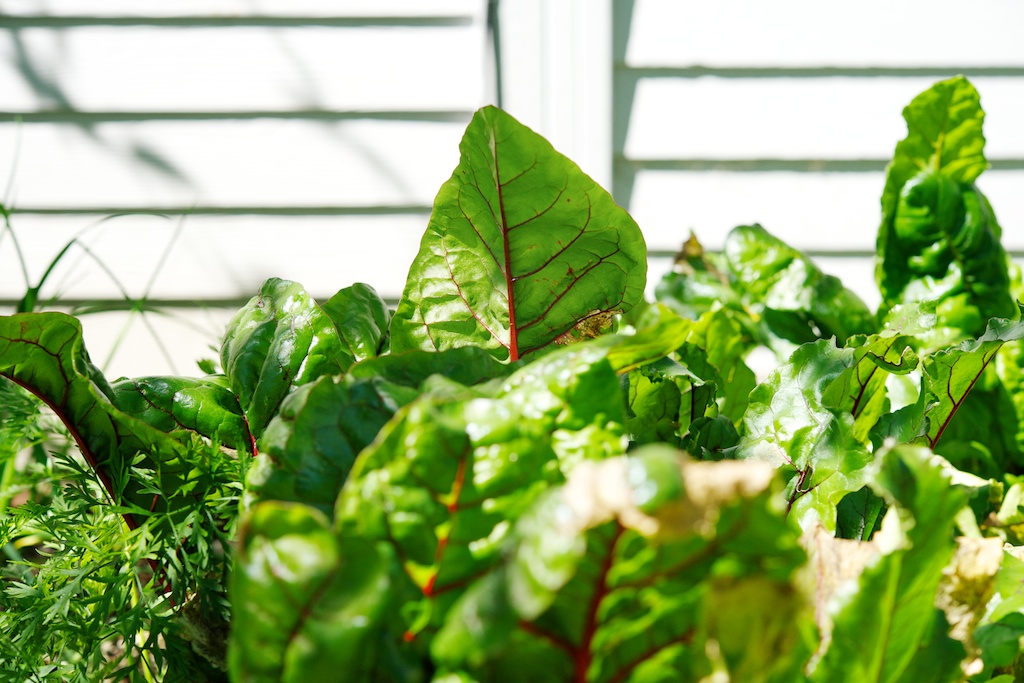 June was a productive month for our 4x4 garden, the multiple container plants scattered about our driveway, and the flowers in both the front and back yards. In late May, I spent a frantic afternoon thinning the beet and carrot plants. The enjoyment derived from daily sightings of healthy, green leaves had led to complacency and I'd neglected to give the root vegetables more room to grow (and honestly, only partially realized that I needed to). Fearing that the roots had already suffocated themselves, I quickly, but carefully, thinned out the plants, moving several around as needed. I brought the beets, beet greens, and baby carrots inside for use in a stir fry, and waited a long week to see if the greens and subsequent roots would recover from their delayed pruning and reshuffling. 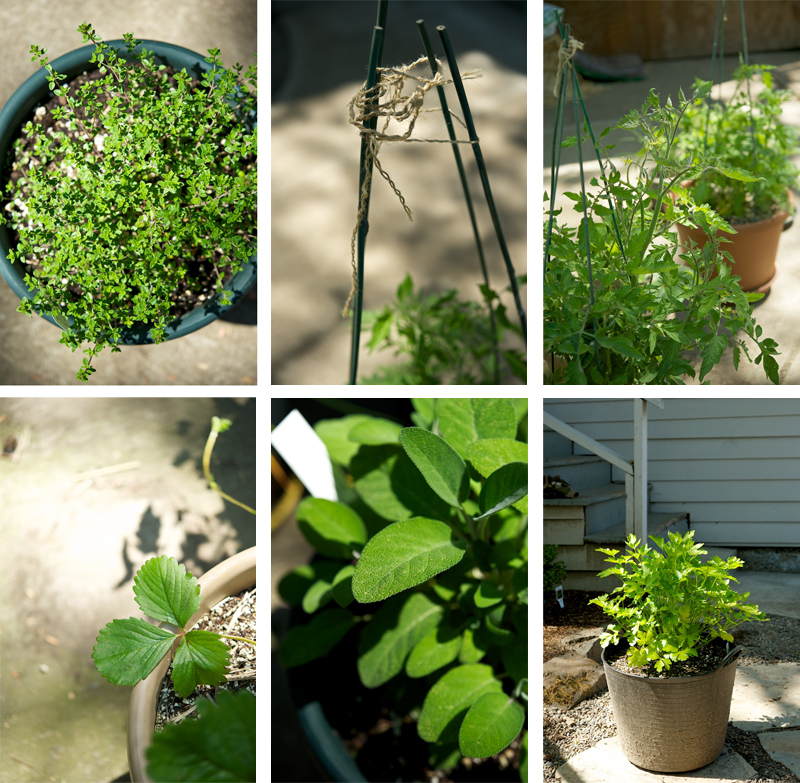 Our small garden has been kind and flexible to this novice gardener. Afer their late May pruning, I've since harvested nearly all of the carrots and beets, pulling out large roots that we've enjoyed roasting and dicing. Lettuce thrives in the Portland climate. All three kinds, Uprising, Oak Leaf, and Butter, are on their third trimming and second sowing. With one exception, the container gardens are holding steady--in fact, the strawberry is actually growing a berry (yes, one), and the tomato plants have begun to flower. I planted basil in mid-May, but the weather proved too chilly for this heat-seeking herb and it quickly died off, despite fertilization and careful pruning. I planted new basil a few weeks ago and the best that I can say about it is: it's alive. It's neither thriving nor dying. I'm hopeful that July's promised warmer temperatures edge the plant over to the thriving side of the equation. 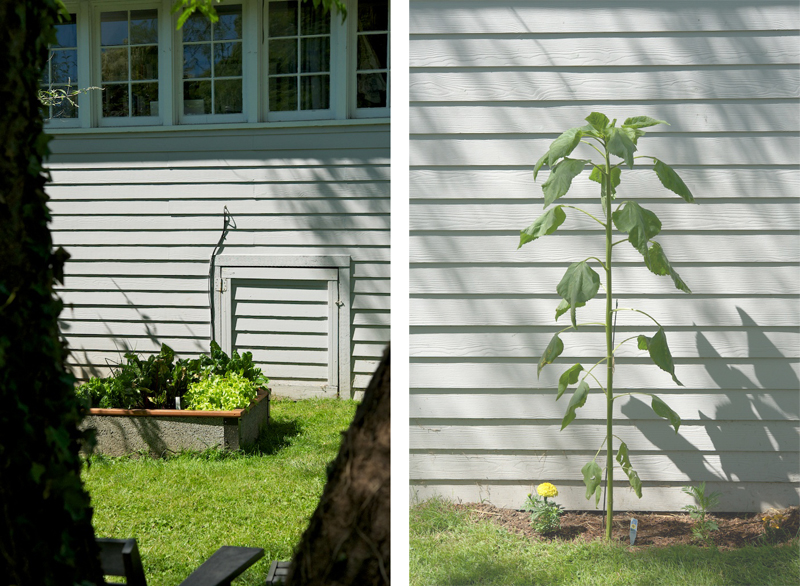 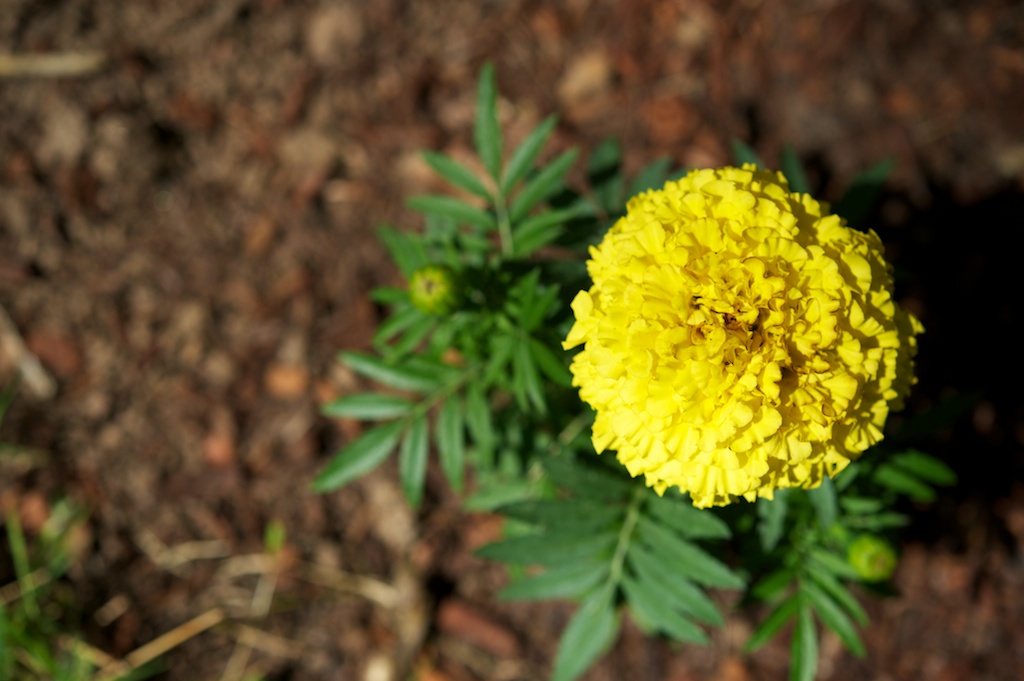 In the rest of the backyard, the 5 inch sunflower seedling is now a 7 foot tall grown-up plant, albeit without a bloom. Our most laborious task this month involved digging up the horrendous weeds beside the (equally) horrendous shed and cleaning up the area around the backyard tree. We planted several hardy bushes beside the shed and ringed the tree with daisies and flowering strawberry plants. It's still too early to definitively say that the plants will prosper, but they haven't withered away yet!

Up front, the begonias, planted in the shade of a now blooming hydrangea, have exploded in color and size. They're breathtaking from every angle. The violas are stronger than they look. Almost every night, the neighborhood cat digs up the mulch around the plants, exposing the fragile roots, yet the flowers remain colorful and relatively healthy. 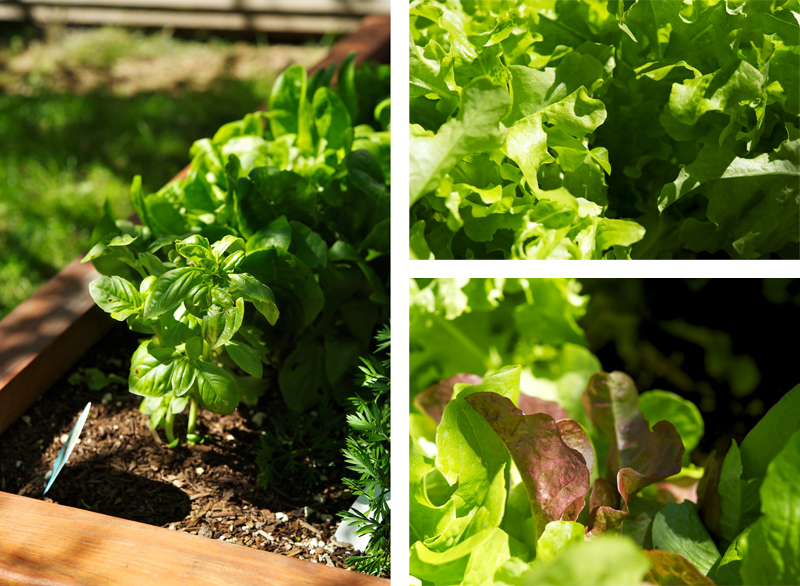 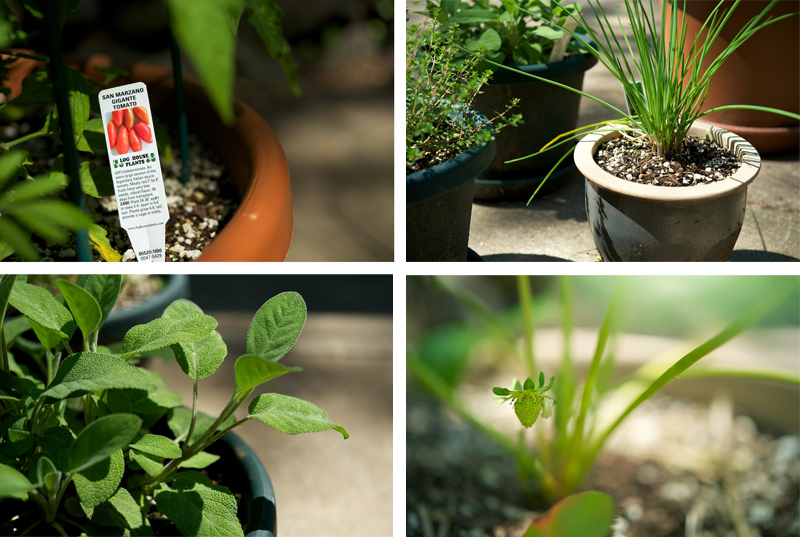 As we exit June and enter what I hope is a warm, sunny July (longer-term Portlanders have indicated that summer here officially starts around the 4th of July), I hope for continued productivity from all of our existing plants. After I pull the last of the beets and carrots, I'll be seeding a few fall crops: brussels sprouts, sprouting broccoli, and--because there's no such thing as too many!--more beets. 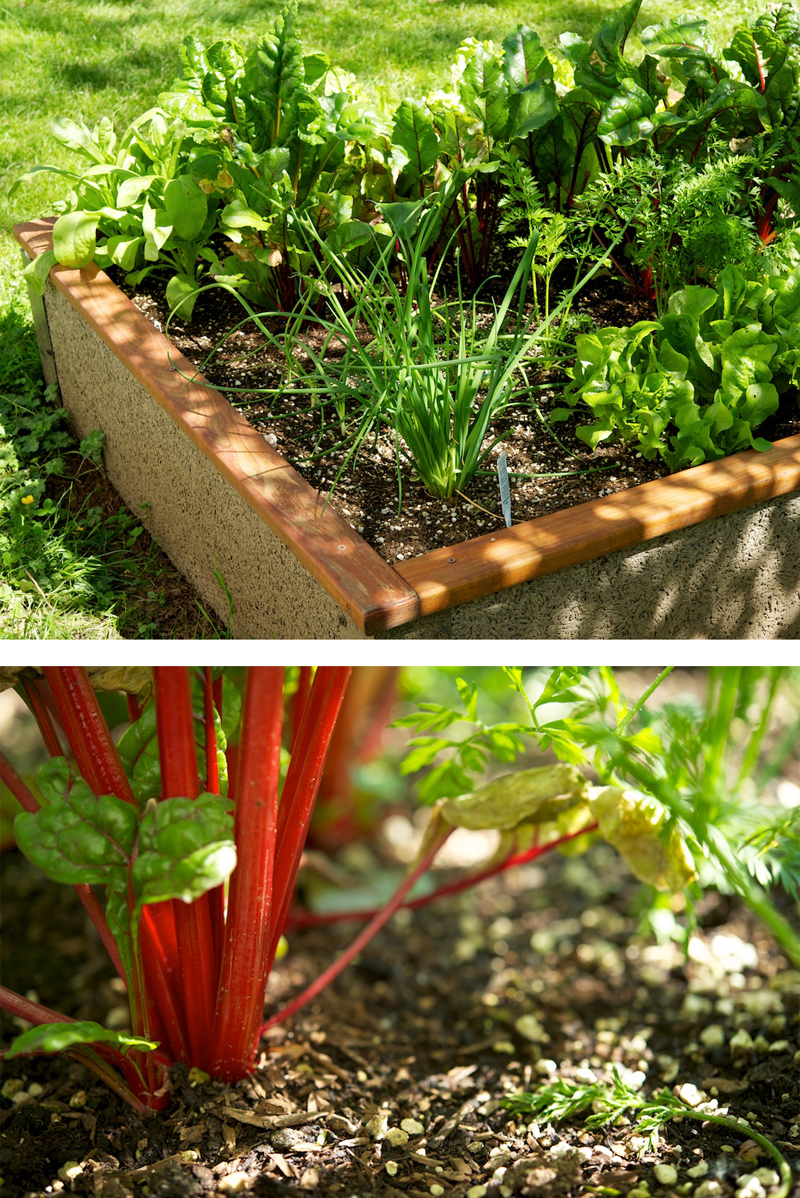 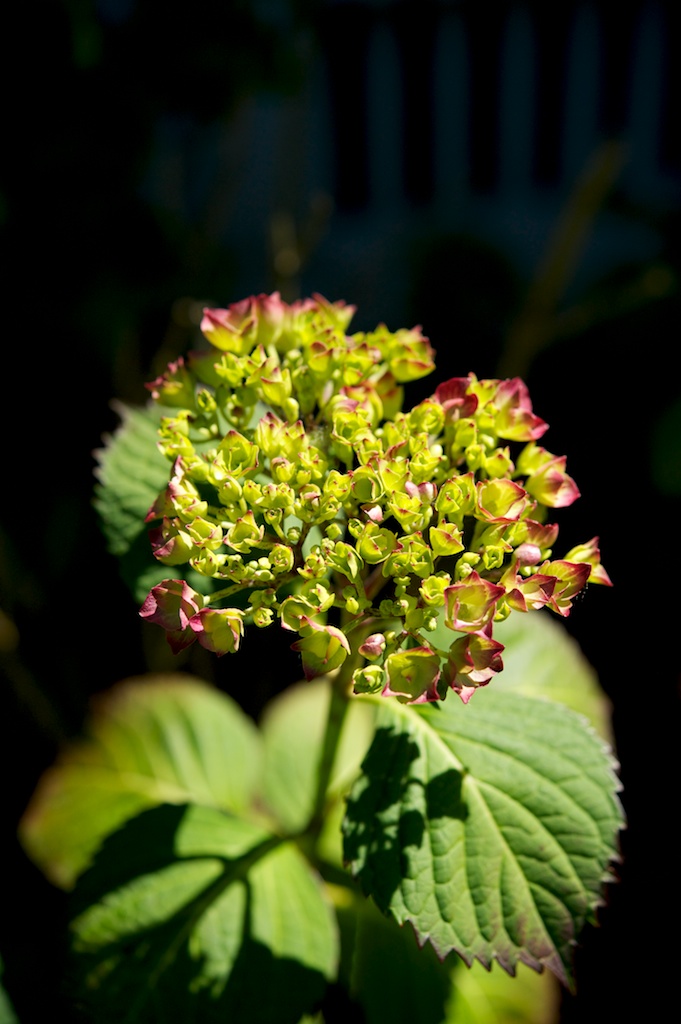 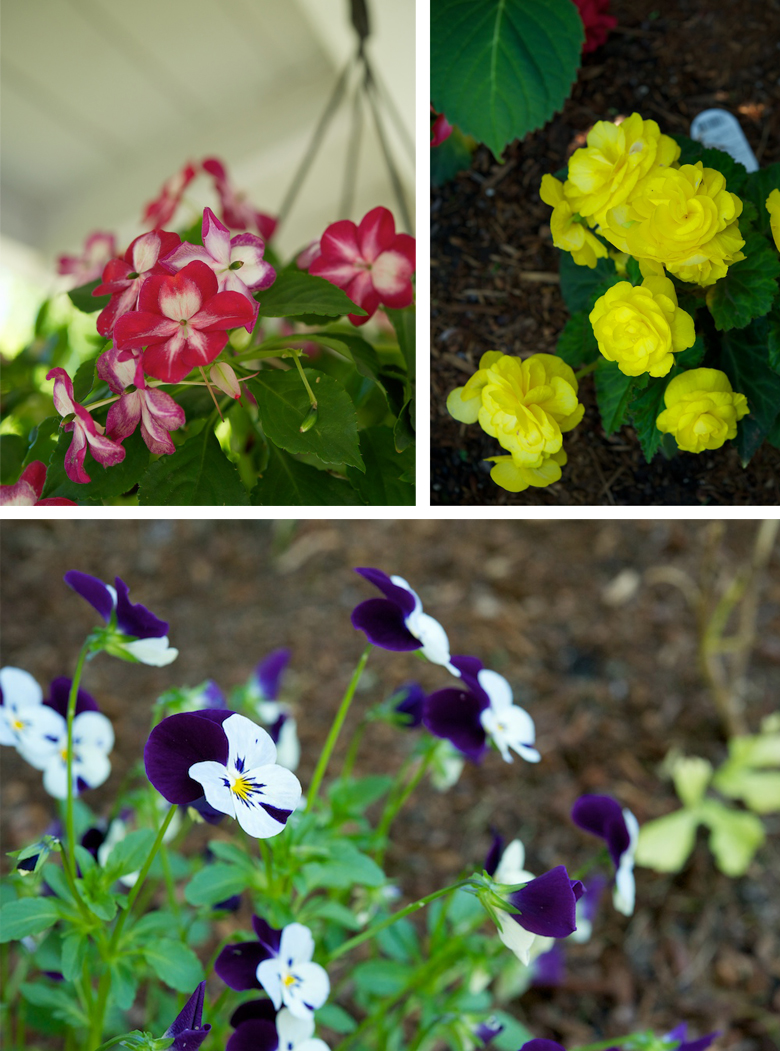