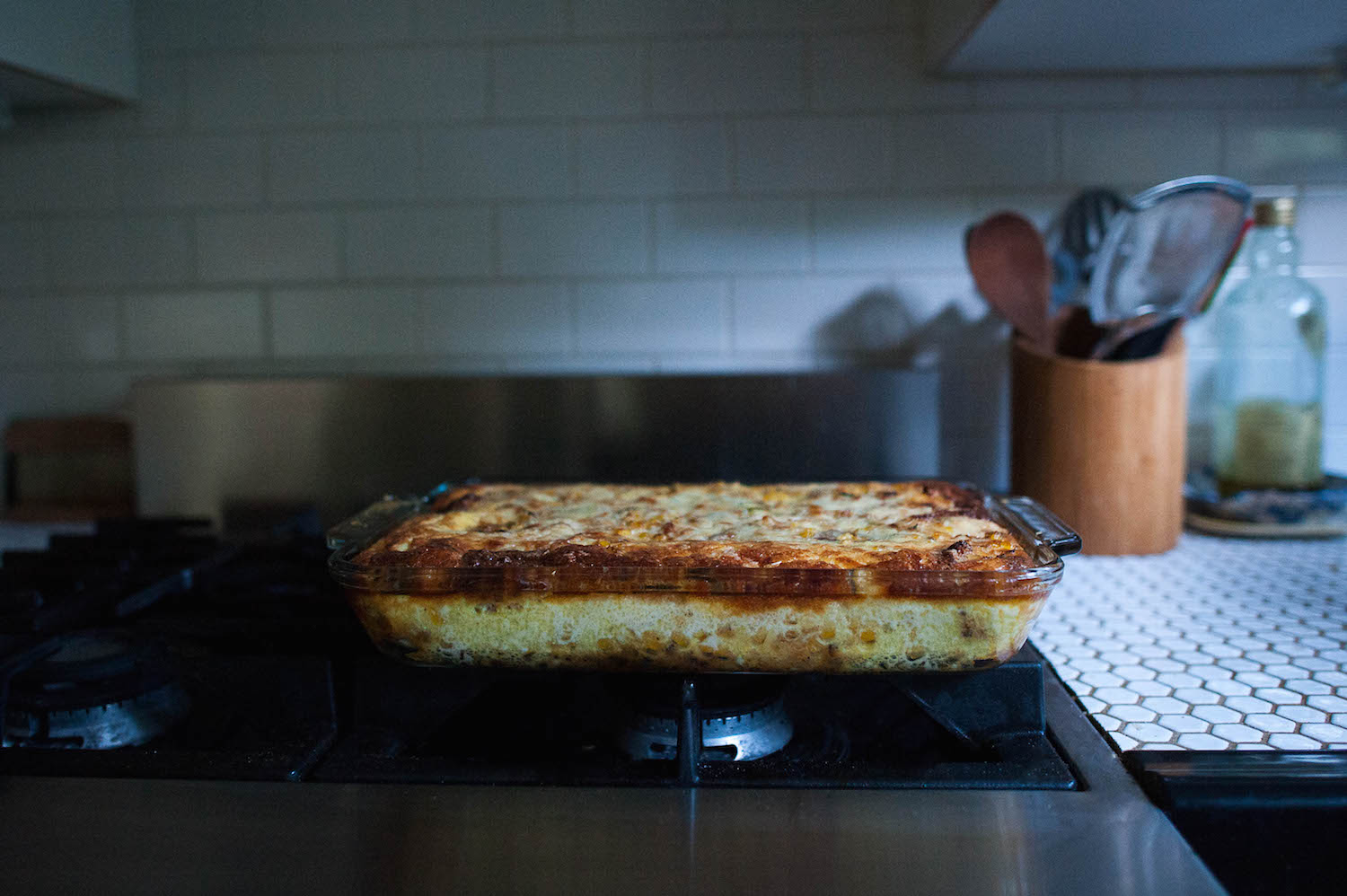 Have you ever thought about your most vivid food memories? I’m talking about the ones you recall again and again, in conversation or while alone, unexpectedly reminded of a dish at a restaurant or friends’ house, the flavors suddenly transporting you away from the present moment to last year – or even decades ago. My food memories don’t seem to follow a logical path: they’re not a collection of the best meals I’ve eaten, though a few are, and they’re not always about the company I was with, though that plays a factor, too. Rather, they seem to be clustered around the perfect representation of salt, sugar, and fat. Though I have happy, content memories of cooking dinner with seasonal, fresh eggplant, squash, okra, peaches, of canning and preserving, of a kale salad lovely in its simplicity, if pressed to recall the food memories that can transport me exactly back to a specific scene, chances are butter and salt, and copious amounts of it, played a prominent role. 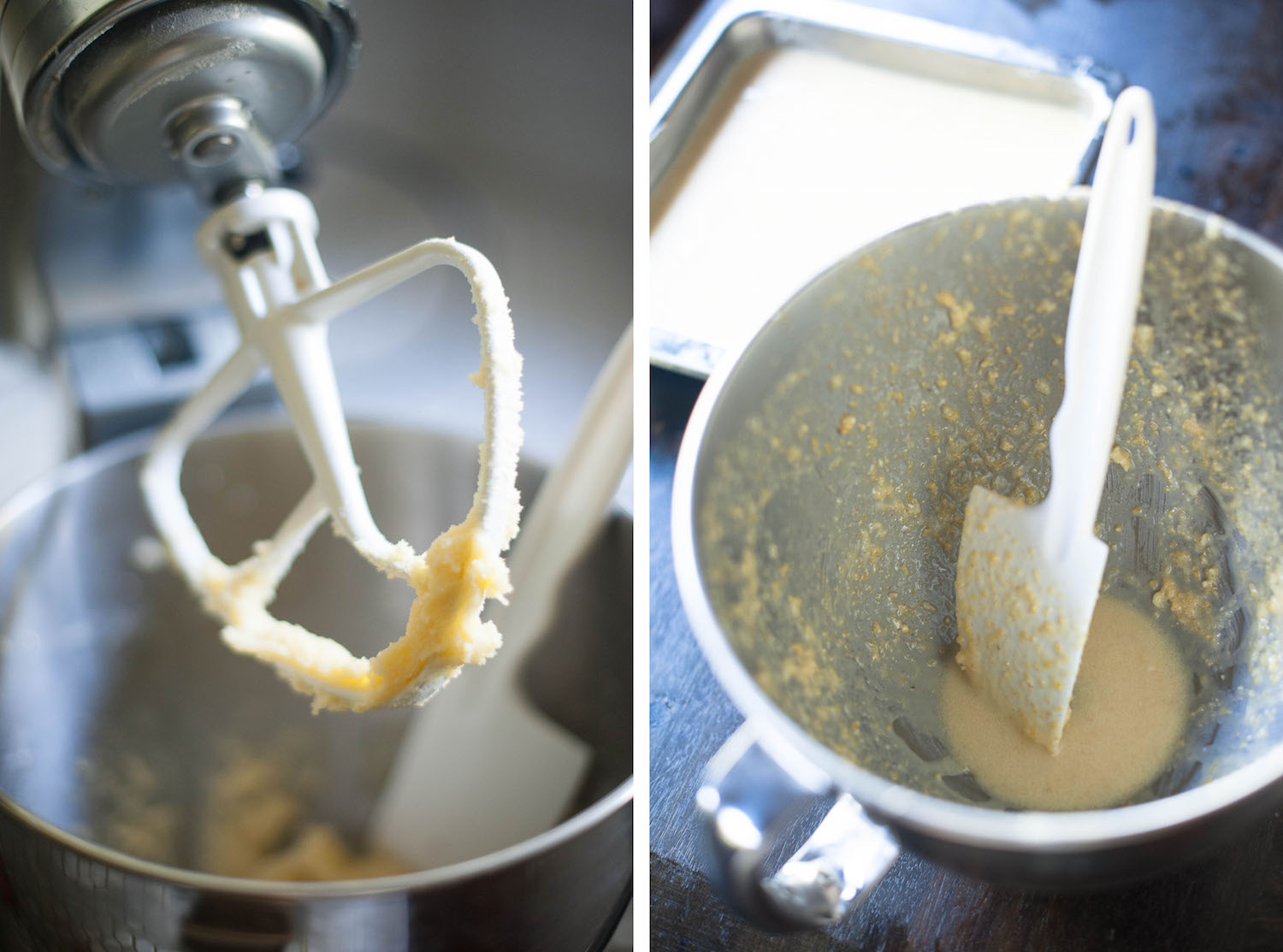 My food memory of corn pudding can only be explained by the use of these ingredients (in fairly hedonistic quantities). This dish is admittedly an incongruous choice given my propensity for fresh corn and for recipes that are minimally invasive: I prefer to allow an ingredient to shine rather than douse said vegetable in butter or mask inherent flavors by frying. (I always think of Padma Lakshmi on season 3 of Top Chef with this line of thought, when she suavely critiqued a contestant who had presented her with a plate of fried food. As she told the contestant, “You could fry my toe, batter it well and it would taste good.”). Maybe Padma would have the same critique with any soufflé-style dish: the actual vegetable doesn’t necessarily matter if you douse it in butter, heavy cream, and cheese.

I last indulged in corn pudding seven years ago, in the summer of 2007, at a college friend’s wedding in Kentucky. Since then, I’ve talked about that experience (corn pudding at every meal – can you imagine?!) more often than others might bear to listen. This wedding was a traditional Southern affair, the brides’ parents playing a prominent role in wedding preparations and hosting, and because I was a member of the wedding party, the celebration involved numerous quintessentially Southern meal experiences: mint juleps on the porch of a historic home, heavily salted multi course meals, one uncomfortable dinner served by waiters in garb better suited for a different period in Southern history. At every meal, my dish was heaped with corn pudding. I simply couldn’t get enough of the silky, warm, buttery, cheesy, totally comforting taste.

And yet, I haven’t made corn pudding since, or tried to seek it out at a local restaurant. Memories are exquisitely precious in that way; why alter a memory when the one you have is so comforting, even if it may be incomplete or has morphed over the years? I preferred to linger with the imagined taste, until, last week, when I changed my mind.

Last month, I bought Huckleberry’s new cookbook and have become hooked, quite unexpectedly, considering I’d never even heard of this cafe until I saw the cookbook in a store. I read the book cover-to-cover, enjoying how the baker, Zoe Nathan, lets her humor and personality shine through, even the less than friendly parts. She creates rich, often buttery, comforting dishes that taste more complicated than the sum of their components. A couple weekends ago, we made a roasted vegetables dish topped with a poached egg. Neither unique nor all that appealing when typed out, it was rich, nuanced, and entirely memorable when eaten. Nathan has a way with flavors, and after reading her book and baking multiple items, I implicitly trust her recipes. So, when I saw her recipe for cornbread pudding, I decided that now, seven years later, seemed like an appropriate time to challenge my beloved food memory. 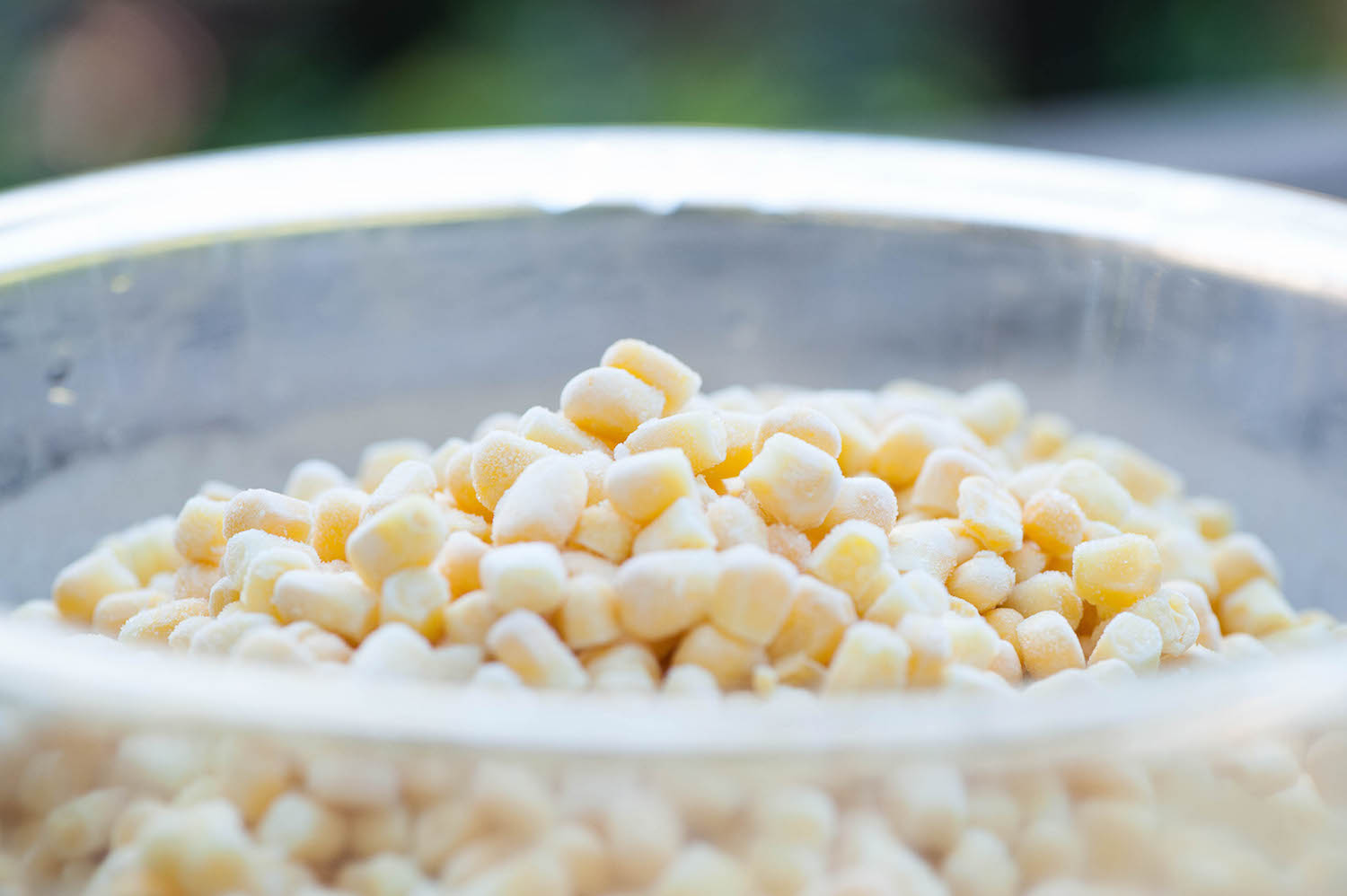 I made a batch of cornbread first (I’d already tried this recipe and knew its moist texture wouldn’t disappoint), and then assembled the rest of the ingredients for this soufflé. Before I had even opened the oven door to bake the pudding, I’d gasped at the makeup of ingredients: 10 (TEN) eggs, 4 (FOUR) cups of heavy cream. I did some belated mental math along the lines of (10 servings of corn pudding plus 3 days equals...) and decided not to solve that seven year old equation. As I started my timer and waited for the soufflé to puff and brown, I wondered if all of those rich ingredients were being mis-used in such a dish, if I’d find the whole dish too heavy to be enjoyed, if I’d ruin a food memory with a dose of reality. 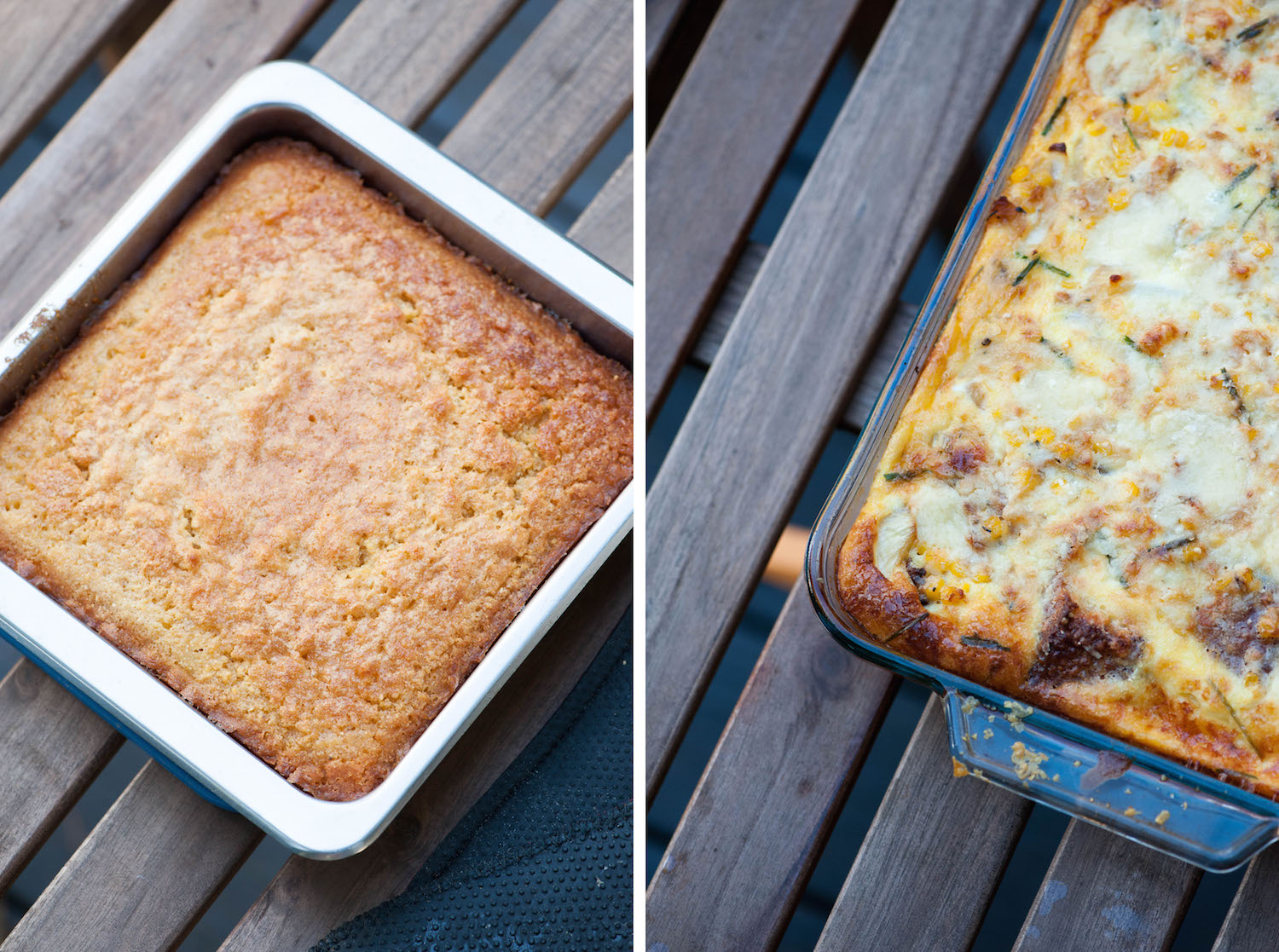 I scooped a spoonful into my mouth and paused. Yep: just as eyes-closing, smile-inducing as I’d remembered, the slight crunch of corn bringing me briefly back to reality and this time, the cornbread grounding the whole dish in a crisp crust. Despite knowing the content of the dish, I still sought seconds when my plate was clean. The taste was a near replica of the feeling I had all those years ago in Kentucky: pure food happiness. But now, because I’ve made the dish as an older adult, an adult who cooks all the time, compared to the young adult I was seven years ago, I’ve changed the memory forever. 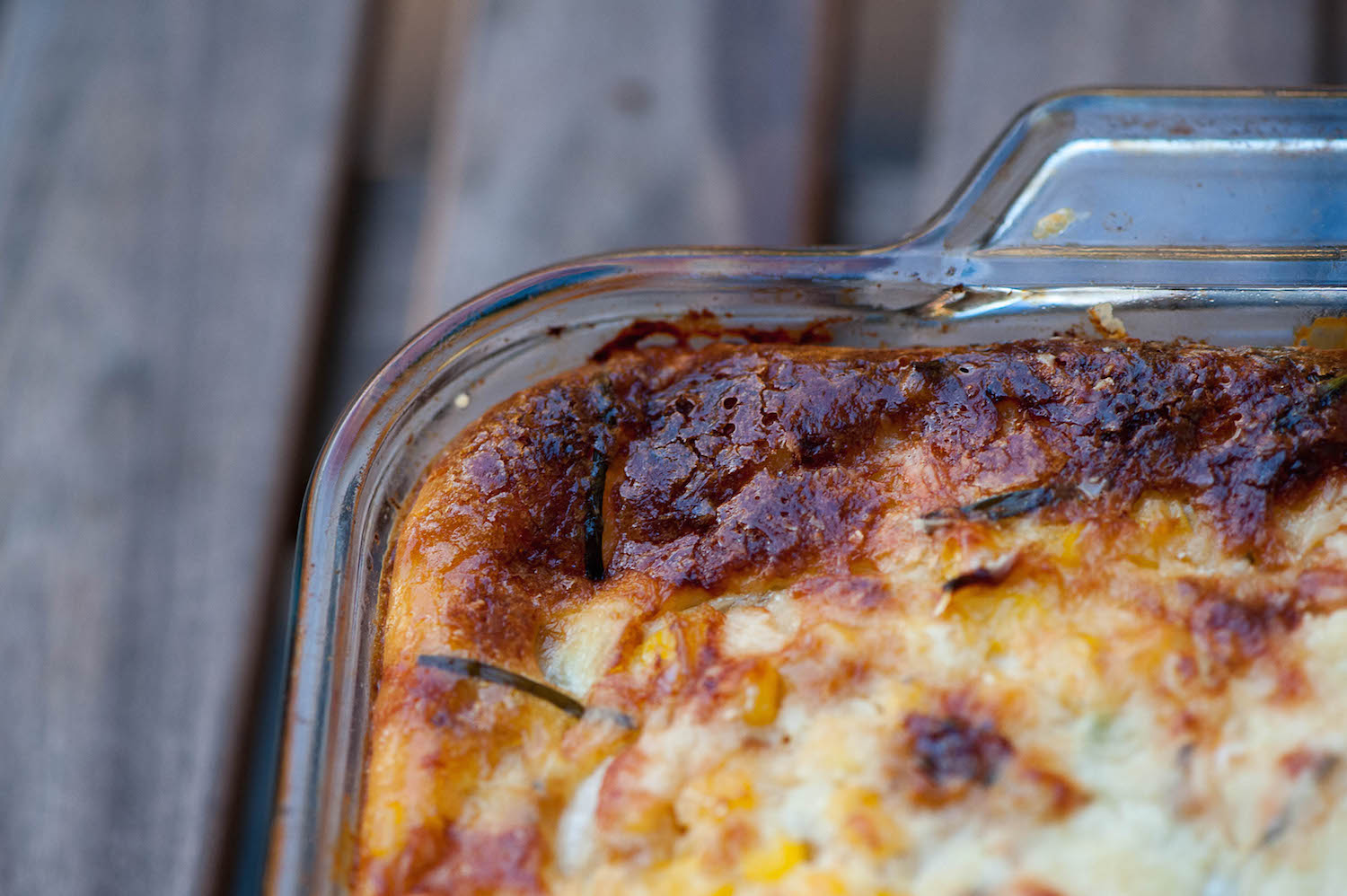 I still feel comforted that despite all that happens as one ages – changing palates, gaining knowledge and experience that makes you question beliefs and opinions – I’m comforted and warmed by the same flavors as I was seven years ago: it’s a link to my past when I feel so much else has changed. This warmth is tempered by a sense of restraint and a recognition of when seasonality should be employed.

Nathan had recommended using fresh corn in this dish, but after years of cooking seasonally, I disagree. I’ll never again crave such a heavy dish in the heart of the summer when corn is in season. I don’t want an oven to heat up my house for 2 hours and I don’t want to dig into something so rich when I’d rather be sipping a cold soup. This hearty casserole is much better suited to fall, with its cooler and occasionally rainy nights. The corn flavor is abundant in the cornbread base, making the freshest, seasonal corn unnecessary in the dish. Frozen corn (perhaps some that you froze while it was fresh and in season) serves its purpose here. I’ll keep fresh corn for grilling, shucking and turning into a tomato and corn salad. And now I’ll have this corn bread pudding as a dish to make as the weather changes, and to remind me of that food memory seven years ago. 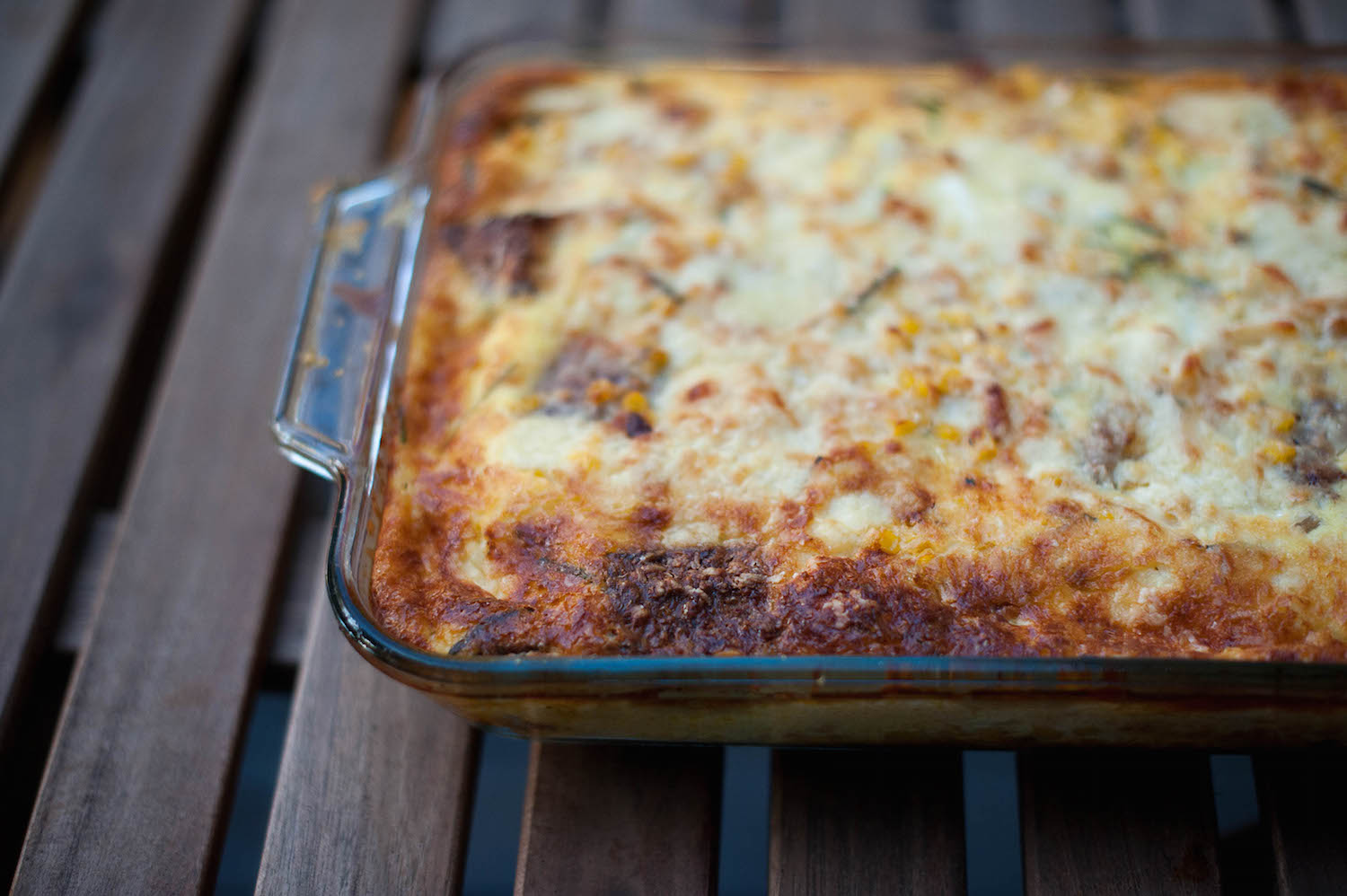 Serves: 6-10, depending on portion size